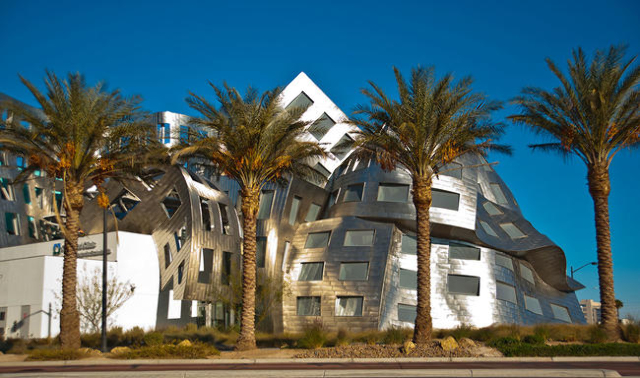 Former state Sen. Sandra Tiffany found an ad in the newspaper, responded to it and waited.

When she didn’t hear back, she called a friend with connections at the Cleveland Clinic Lou Ruvo Center for Brain Health.

She was determined to participate in a clinical trial for Alzheimer’s disease research.

When she was finally able to participate in the trial screening process, she was rejected and told there was little chance she would ever have Alzheimer’s.

The short experience, though, was positive, she said.

“When I went through it, it made me a lot more aware of memory,” she said.

The Ruvo Center is part of an effort to develop a global clinical trial network, where masses of potential participants could be quickly referred to the trials that best suit them.

“If this process that is being created will make it more simple to volunteer, I think you’ll get more volunteers,” Tiffany said.

Recruitment for a one-year trial can sometimes take two years, but websites such as brainhealthregistry.org can cut recruitment time in half, effectively allowing successful drugs to reach the market a year earlier, Dr. Jeffery Cummings, the center’s director, said.

“The single greatest hurdle in implementing a clinical trial and deciding whether the drug is working is getting enough patients into the trial in a timely manner,” he said.

The Web process connects potential participants directly with the research institutions, who then can do further physical and mental testing to determine if a candidate will fit a trial.

She watched her husband, Virgil “Gene” Quinn, grow sick, tired and angry as he wrestled with the disease.

“This isn’t the person that you’ve known for years and years,” she said. “It changes their whole personality.”

In her house of nearly 50 years, she carefully handles her wedding portrait and a framed photo of the couple, both showing her husband grinning.

As Virgil Quinn’s disease progressed, he often just stared into space, or he would become enraged by things that never would’ve bothered him in earlier years, his wife said.

“Sometimes he’d get scared, like in the middle of the night, and he would not recognize me laying next to him so he would strike out,” Patsy Quinn said.

She moved downstairs, sleeping on her chair in the living room and placing a cowbell next to her husband in case he needed to call out for her.

In his last weeks of life, Virgil Quinn, who also suffered from colon cancer and chronic obstructive pulmonary disease, moved from his house to a hospice.

“I had a very hard time with that, with him not being home so that I could take care of him,” Patsy Quinn said.

Virgil Quinn died in November 2012 from the effects of the pulmonary disease.

“The doctors who are doing the research, they know what’s at stake,” she said. “And I feel they’re working as hard as they can to find a cure. I think that a large percentage of it lies with people who will volunteer to be in these studies.”

Cummings said brainhealthregistry.org has about 25,000 participants, which is low.

There are other similar websites, such as endalznow.org, which have more users, but some don’t have prescreening questionnaires that would eliminate unqualified candidates. If a person has had a stroke, for example, that could disqualify the individual from a trial.

In most trials today, participants are eventually transitioned onto the drug, rather than being on a placebo for the length of the study, Cummings said. That’s one way he believes the trials can draw more people, but it’s not enough, he said.

The effort to draw users is spurring research into how to best present this type of website to attract an audience, Cummings said.

Eventually he’d like to see information about clinical trials and matching websites be presented to seniors as they sign up for Medicare.

“I think we need a nationwide effort that is far, far more comprehensive than the kind of piecemeal efforts we’ve seen so far,” he said.