For five years, Arthur Maheu took morphine three times a day to ease intense pain in his lower back. He tried another opioid, Vicodin, but stopped using it because it caused an allergic reaction.

Maheu, 63, didn’t like taking morphine because it made him constipated and lethargic. About six months ago, the VA Southern Nevada Healthcare System, where the Vietnam veteran receives his medications, started Maheu on a program the U.S. Department of Veterans Affairs launched in Minneapolis in October 2013 called the Opioid Safety Initiative, or OSI. Its objective is to improve the quality of life for veterans suffering chronic pain, while simultaneously reducing their dependency on opioid drugs.

The OSI success rate since its implementation appears to be remarkable. At eight VA health care sites in Minnesota, high-dose opioid use was reduced by more than 50 percent. In the six months or so since Maheu began his new drug-free regimen, he hasn’t had to rely on morphine to kill his pain or deal with the drug’s unpleasant side effects.

Maheu’s new treatment involves acupuncture. Initially, he had a full-body treatment, but that shifted to a visit to the VA every two or three weeks to have needles inserted into his ears.

“It seems like the ones in the ears really helped me,” Maheu said. “Once he (the acupuncturist) hit the spots, the pain instantly was gone, and I left the office with a smile on my face.”

The tiny needles are left in Maheu’s ears and eventually fall out before his next treatment. There have been no side effects and the pain is completely gone after each treatment.

“You feel totally different,” Maheu said. “It almost gives you a calming feeling when you leave the office. It’s amazing the VA went to doing this because it’s so outside the box.”

Dr. Alexander Isani is an anesthesiologist at the Southern Nevada Veterans Affairs hospital and has a subspecialty in pain management. He said it’s typical to see veterans coming in to be treated for various types of pain from back, knee, hip or other joint injuries. He added that most veterans seeking treatment for the first time at the VA are also on medications such as opioids and steroids.

“We do MRIs and X-rays to assess the soft tissues,” Isani said. “We look to see where their pain is and how we can get more functionality back. Injections of steroids will temporarily reduce the pain, but that’s just a Band-Aid.”

“We package everything together so the veterans don’t need the medications as much,” Isani said. This includes not only sending patients to acupuncturists, but to rehabilitation, physical therapy and chiropractors.

Isani said the Southern Nevada VA clinics are treating about 35,000 patients, of which approximately 1,200 are being treated for pain at any given time. About 20 percent of those pain patients are on some type of opioid drug. During the previous quarter, the OSI program at Southern Nevada VA clinics has been responsible for a 14 percent decline in opioid medication use, he added.

Dr. Sam Ho, clinical director of Chiropractic Plus in Murrieta, California, and a certified chiropractic sports practitioner, touts the benefits and results of nondrug treatments.

“The basic philosophy of chiropractic medicine is to try and use nondrug intervention,” Ho said. “The chiropractor wants to remove the interference to your spine. A misalignment of the spine causes an interference to the nervous system.”

As an example, Ho said a herniated disc will cause interference of the nerve and this causes pain. Methods to treat this condition include doing a spinal adjustment, performing some specific exercises or undergoing spinal decompression therapy that involves stretching the spine by using a traction table or a similar motorized device to relieve back or leg pain.

Ho said if an injury is fresh, then a pain medication may be needed in the beginning. But a person’s pain tolerance, he pointed out, is different for each individual, which a primary care physician must take into account.

“Why is it that some mothers are able to handle childbirth without an epidermal and others need it?” Ho asks. “Everybody’s perception of pain is very different. Even the doctors don’t know.”

For Maheu it is worth it to get off pain medications. For others in similar situations, he recommends doing some homework on nondrug treatments and to seek them out.

“I would say go for it if you are in that much pain,” Maheu said. “Even if you are not in the military, give it a shot. It’s worth the try.”

The fear of exposure may prevent some people from seeking the help they need to avoid heat-related illnesses, the Clark County coroner said. Extreme temperatures are expected this weekend. 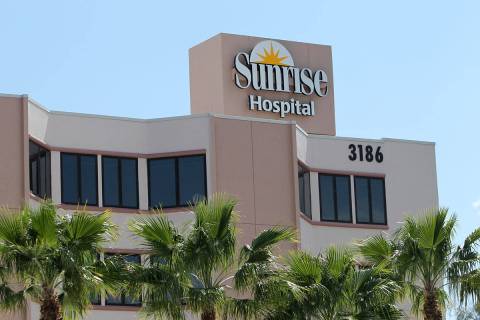 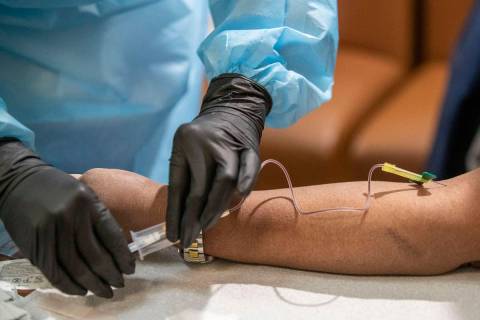