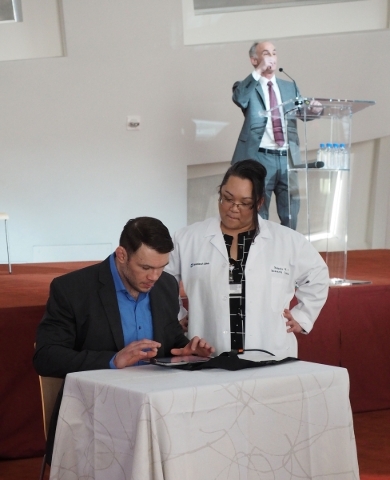 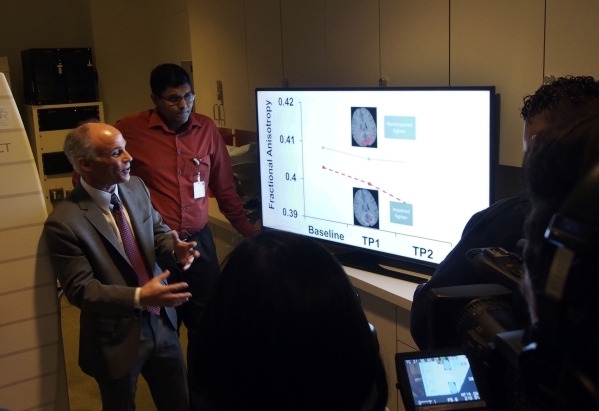 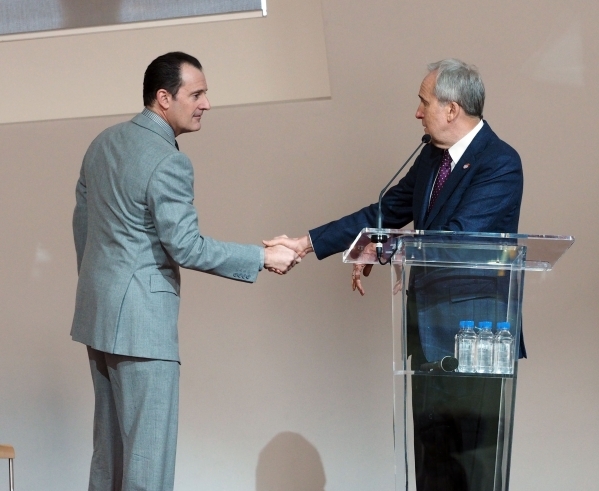 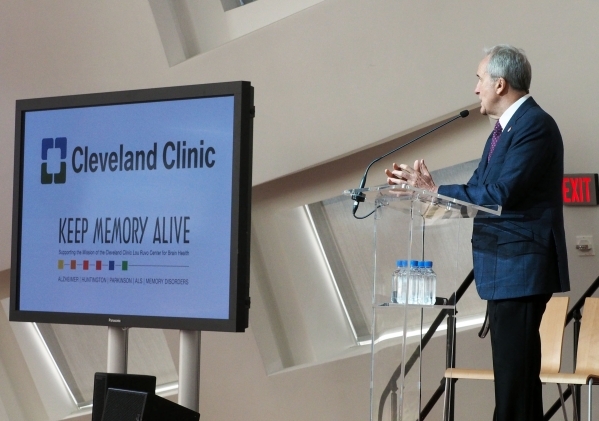 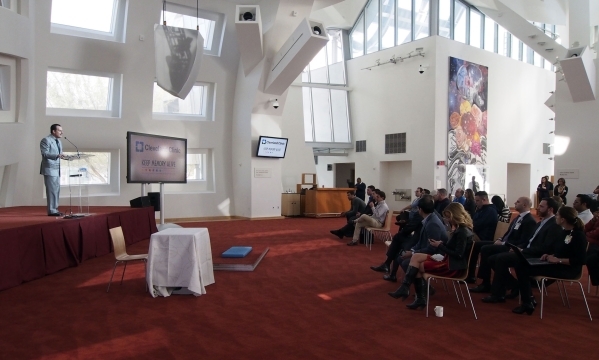 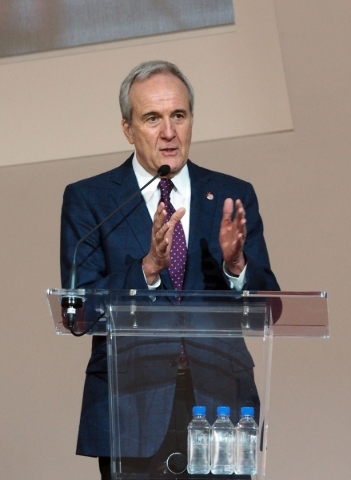 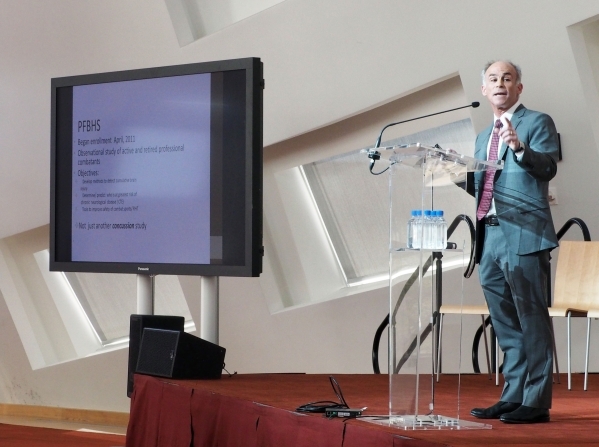 Dr. Charles Bernick, of the Lou Ruvo Center for Brain Health, speaks at an event announcing a $1 million donation from the Ultimate Fighting Championship for brain research at the Ruvo Center in Las Vegas, Friday, Feb. 5, 2016 Jerry Henkel/Las Vegas Review-Journal. 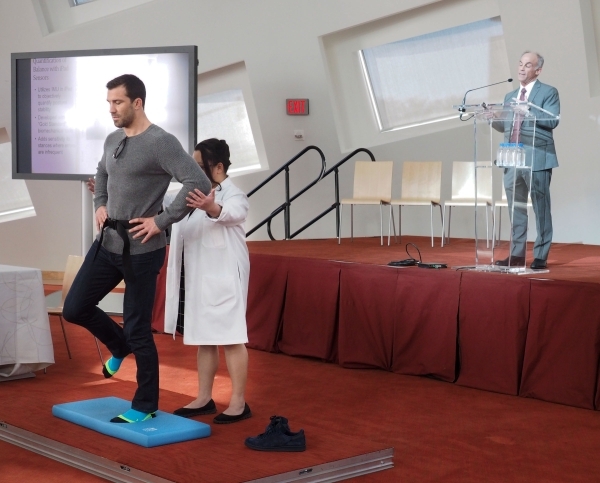 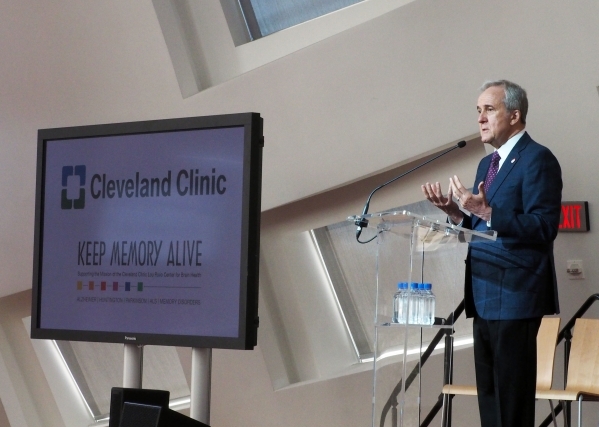 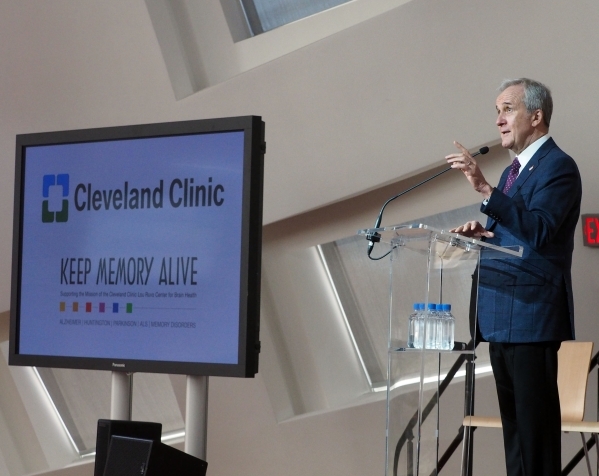 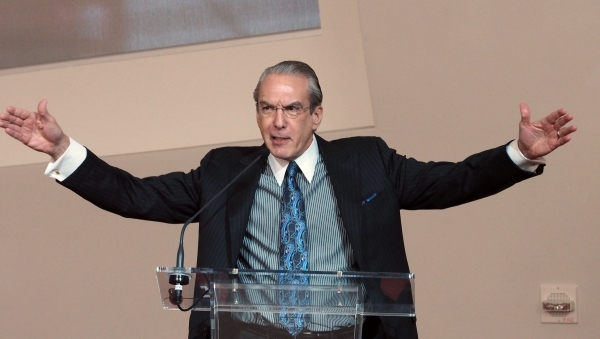 Dr. Jeffrey Cummings, of the Lou Ruvo Center for Brain Health, welcomes the media to an event announcing a $1 million donation by the Ultimate Fighting Championship for brain research at the Ruvo Center in Las Vegas, Friday, Feb. 5, 2016 Jerry Henkel/Las Vegas Review-Journal. 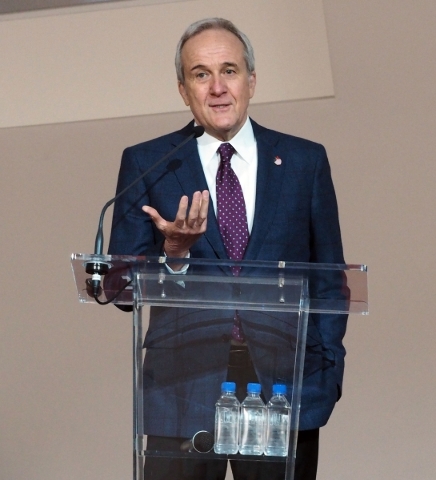 In the fight against brain disease, the UFC is putting its money on the Cleveland Clinic Lou Ruvo Center for Brain Health.

The mixed martial arts organization on Friday announced a $1 million donation over five years in support of the center’s Professional Fighters Brain Health Study, which aims to understand the long-term effects of brain trauma.

The goal of the study is not just to gather data on trauma but also to determine if brain damage can be detected early enough for intervention, Ruvo Center Associate Medical Director Dr. Charles Bernick said.

The study, which began in 2011, now has more than 600 participants of which 44 are female fighters, an understudied group, Bernick said.

So far in the study, scientists are seeing changes in the brain that correlate with differences in testing performance, he said.

CTE is a degenerative brain disease found in people who have suffered repeated head trauma and has caused concern over brain injury in contact sports such as football.

The UFC is not only helping fund the Ruvo Center study; it’s actively recruiting participants.

“We’re really pushing all of our athletes to make sure they come to this facility and get tested and be part of this study because that’s the key to all of this,” Epstein said.

UFC Hall of Famer and former light heavyweight champion Forrest Griffin joined middleweight champion Luke Rockhold at the ceremony, where they demonstrated some of the testing participants are undergoing.

Rockhold said he’s living his dream as a UFC fighter.

“I love it. There’s so much to it — the competition, the goal-setting, obviously the high that it gives you,” he said.

Still, he understands the toll repeated blows to the head can have. He underwent his first set of tests Thursday.

Griffin also went through testing. He said he hopes the results of the study won’t push athletes away from the sport but instead give them insight into the best ways to train.

“There’s a level of danger to it,” Griffin said. “Let’s not hide from that. Let’s look and see what can be done, how risky is this and what we need to do about it.”

Rockhold said he’s awaiting his results to see how he can make improvements to his preparation and fighting.

“Once you have an understanding of where you’re at, then you can seek ways to improve that and heal your brain and protect yourself in the future,” he said.