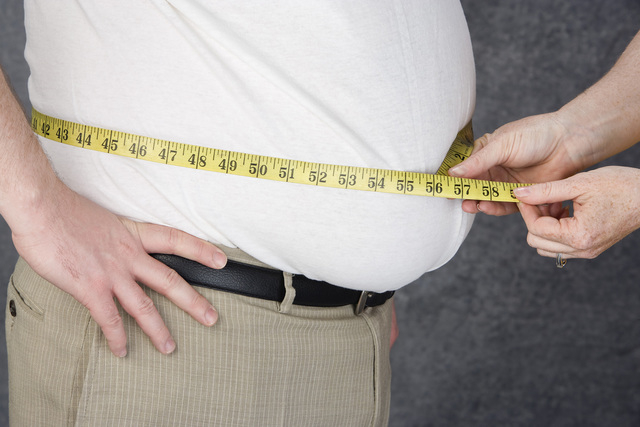 With a flurry of new weight-loss drugs appearing in the last several years, it might seem the answer to stubborn belly fat and those few extra pounds is just a doctor’s prescription away.

Hopes are high: Headlines about “blockbuster” and “game-changer” diet drugs emerge alongside grim reports about the obesity epidemic, which affects about 36% of adults in the United States. The latest medication to join the pack is Saxenda, the name for liraglutide, which the Food and Drug Administration approved in December. It follows the would-be magic bullets Contrave, Belviq and Qsymia, all approved in the last three years.

But every time a new drug hits the market, hope seems to fizzle into hype. The treatments — some pills and others injectables — are often long on limitations and side effects and, patients complain, short on effectiveness. Despite tremendous consumer interest, once again, there’s no magic pill to take the pounds away.

For one thing, doctors generally only prescribe weight-loss drugs to people who are obese with a BMI of at least 30, or overweight with a BMI of at least 27, and have high-blood pressure and other weight-related conditions. People trying to drop the last bit of baby weight or shed a beer belly probably aren’t the right candidates.

Patients who do qualify for the drugs are often disappointed by even relatively successful results, said Dr. Elias S. Siraj, professor of medicine and director of the diabetes program at Temple University School of Medicine. While dropping even a little bit of weight can have large impacts on health, it won’t necessarily mean a trimmer figure.

“Some people are more worried about the cosmetics of being obese and they may not be as happy as one could be,” Siraj said.

Experts consider Qsymia, an oral medication, to be one of the most effective drugs, but it’s only associated with between 5% and 10% weight loss among most patients. The newest contender, Saxenda, seems to have similar benefits.

A recent study found that 33% of participants taking the injectable medication lost more than 10% of their body weight and 63% lost at least 5%.

“(Saxenda) does not cause so much more weight loss (than other drugs) that you’re going to have a revolution here,” said Dr. Xavier Pi-Sunyer, a professor of medicine at Columbia University College of Physicians and Surgeons, and lead author of the recent study, which was published in the New England Journal of Medicine. (Novo Nordisk, the manufacturer of Saxenda, sponsored the study and was involved in data analysis.)

However, as Temple University’s Siraj pointed out, “weight loss as low as 5% makes a significant difference” in terms of diabetes risk, cholesterol levels and blood pressure. Siraj co-authored an editorial that accompanied the Saxenda study, but was not involved in the research.

Patients may be able to boost their weight loss by taking two different medications, said Dr. Angela Fitch, director of medical weight management at the University of Cincinnati and a diplomat of the American Board of Obesity Medicine. Because Saxenda has a different mode of action than other diet drugs, it can be combined with drugs such as Qsymia for added benefit.

Saxenda is the first in a class of diabetes medications called glucagon-like peptide-1 mimetics to be approved for weight loss. It acts like one of the body’s natural hormones, and tells the stomach to hold food longer and communicates with the brain to reduce hunger. (Another form of Saxenda, called Victoza, was FDA approved in 2010 for people with type 2 diabetes.)

Another feature that sets Saxenda apart from its predecessors is that it does not affect brain chemistry as much as other weight loss drugs, Fitch said. Qsymia contains an appetite suppressant, phentermine, and an anti-convulsant drug, topiramate, whereas Contrave has an anti-depressant, bupropion, and an anti-addiction drug, naltrexone. Belviq affects the levels of a brain chemical called serotonin to help people feel full longer.

This difference means that Saxenda could be safer for people who are already on psychiatric medications, such as antidepressants, Fitch said. “And that’s a large population of people,” she said.

The recent spurt of weight loss drugs, starting with the approval of Belviq in 2012, broke a 13-year lull in the availability of new drugs in this arena.

Part of the reason for the wait for new treatment options is the numerous weight-loss busts. Fen-Phen was a blockbuster obesity treatment until reports of heart valve damage piled up and it was pulled from the market. The medication was a combination of the drug fenfluramine that acted on the same brain chemical as Belviq and a stimulant, phentermine.

Belviq has known side effects, including headaches, dizziness and memory problems. Qsymia and Contrave were approved even though they have been shown to raise heart rate, among other potential complications.

Saxenda may spare patients a potential increase in the risk of heart disease. The recent study did not find that these side effects were more common among participants taking Saxenda compared with those in the control group. However, researchers only looked at side effects for up to about one year after starting Saxenda; the results of a two-year follow-up study will be announced soon, Pi-Sunyer said.

The current study found that the most common side effects of Saxenda were nausea and vomiting. The most serious side effects were pancreatitis and breast cancer, which affected less than 1% of participants in the Saxenda group.

The uptick in the availability of new weight-loss medications is also the product of a shift in thinking among researchers and health care professionals in the last decade, Fitch said. “We have been pushing … that obesity is a medical problem and not a personal problem,” she said.

Although Saxenda is not head and shoulders above other diet drugs in terms of weight loss, Fitch considers it an important treatment option because of its unique mode of action. It could still become the “game changer.”

Even if researchers can improve upon the best weight-loss drug options, pills and injections are “unlikely to fix the obesity epidemic in the future,” Siraj said.

Obesity involves many pathways and mechanisms in the body, and one medication is not going to fix all of them, he said.

Drugs are simply a tool to use, in addition to diet and exercise.

“At its core, obesity is a lifestyle disease associated with too much food and too little physical activity,” Siraj said. “If you want an absolute reversal (of obesity), you have to correct the lifestyle.”