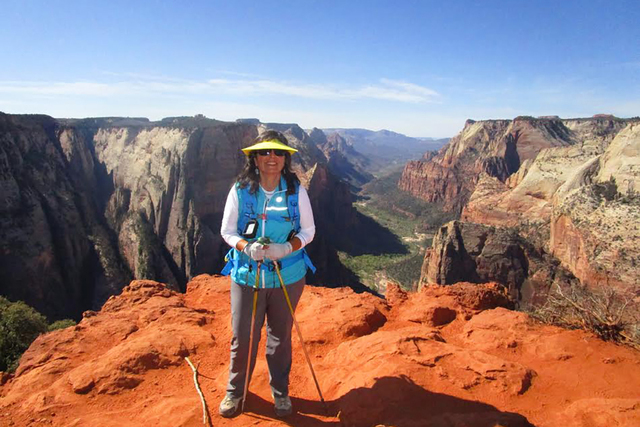 So, you can’t remember what you had for dinner last night, your knees ache and after years of perfect vision there is now a collection of snazzy drugstore reading glasses stashed all over the house.

Congratulations, it’s only going to get better. Really.

In their book, “Lighter as We Go: Virtues, Character Strengths and Aging” (Oxford University Press, 2015), authors Mindy Greenstein and Jimmie Holland point to some of the latest research showing an increase in reported well-being as we age. One significant finding is a pattern that emerges called the U-bend.

In a nutshell, feelings of satisfaction are high in early adulthood such as the 20s, then start to curve downward and hit rock bottom in middle age, around the late 40s to early 50s. Then, despite all those preconceptions about growing older, well-being actually starts to curve upward and keeps rising into at least the eighth decade.

“One of the interesting aspects of the U-bend is how robust it is across many different countries and kinds of societies … this finding keeps coming up again and again over large groups of people,” said Greenstein, a clinical psychologist and consultant to the geriatric psychiatry group at Memorial Sloan Kettering Cancer Center.

Not everyone becomes more content after middle age. Individual life experiences, circumstances and genetics play a role in our feelings of satisfaction. But in looking at the data as a whole, experts say it is hard to deny that there’s a shift taking place into the graying years.

Based on her own conversations with older adults, Greenstein has found the tendency as we age to have a greater appreciation for what gives life meaning, including relationships and simple day-to-day pleasures and blessings.

“It’s getting more comfortable with mistakes and with just being who you are regardless of how it looks to anybody else, which just has a liberating kind of element,” added the 53-year-old, who noted that her own U-bend is on the “upswing.”

The pressures of middle age, such as raising children and striving for promotions at work, can also start to wane once someone hits their 50s or 60s, or at least be seen from a new perspective.

Lettie Gutierrez, who is 62 and a librarian at Lunt Elementary School, said she isn’t surprised by the research. She saw how her own parents felt a sense of accomplishment working and raising a family, but relished the freedom that came with growing older and pursuing other interests.

“I’ve seen it as I age … there is recognition that you’re getting this done but it’s not until you’re getting close to retirement that you reflect upon your life and you realize, yeah, I did OK, so now I can enjoy myself,” she said.

The avid hiker, who trekked 800 miles last year, has noticed that she tends to “enjoy the beauty of wherever I’m at more,” and believes the adversities of life can build up one’s resilience and equanimity. She has watched her siblings face battles with cancer and come out with a sense of peace greater than her own.

When Michael O’Connor, a former electronic technician at the Nevada Test Site and seismologist, retired at age 64, he was still a Type A guy, the kind who loved his job, worked hard and played hard. For him, travel meant skiing and bicycling trips in different corners of the world. Yet, if he could do it all over again, he would probably retire a decade earlier.

Life has slowed some for the 72-year-old. He jokes that he’s downshifted to a Type B personality. But there has also been a change in perspective with age. Little things, such as the dinner gatherings he and some friends take turns hosting once a month are something he relishes.

When asked if he feels wiser with age and has a better sense of his place in the world, of who he is, O’Connor doesn’t hesitate.

“I think almost anyone would answer that in the affirmative. I mean, you learn a little more about yourself every day. I certainly have.”