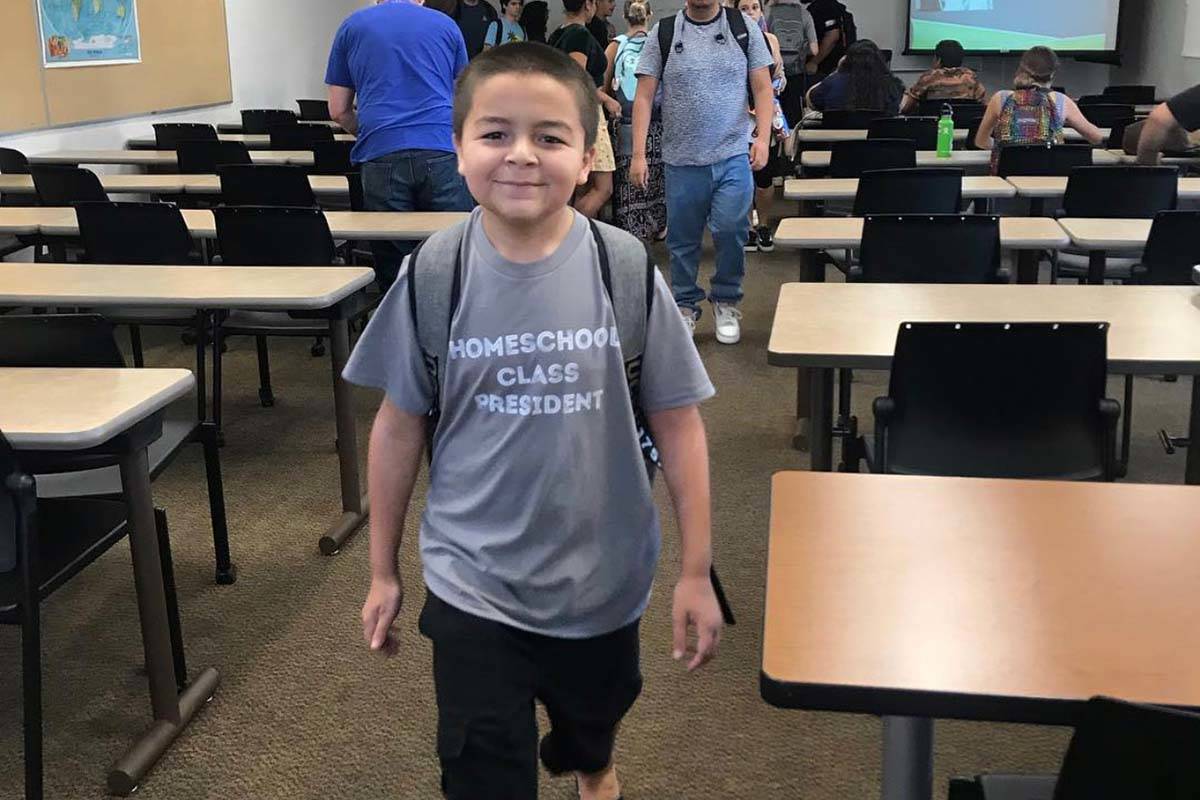 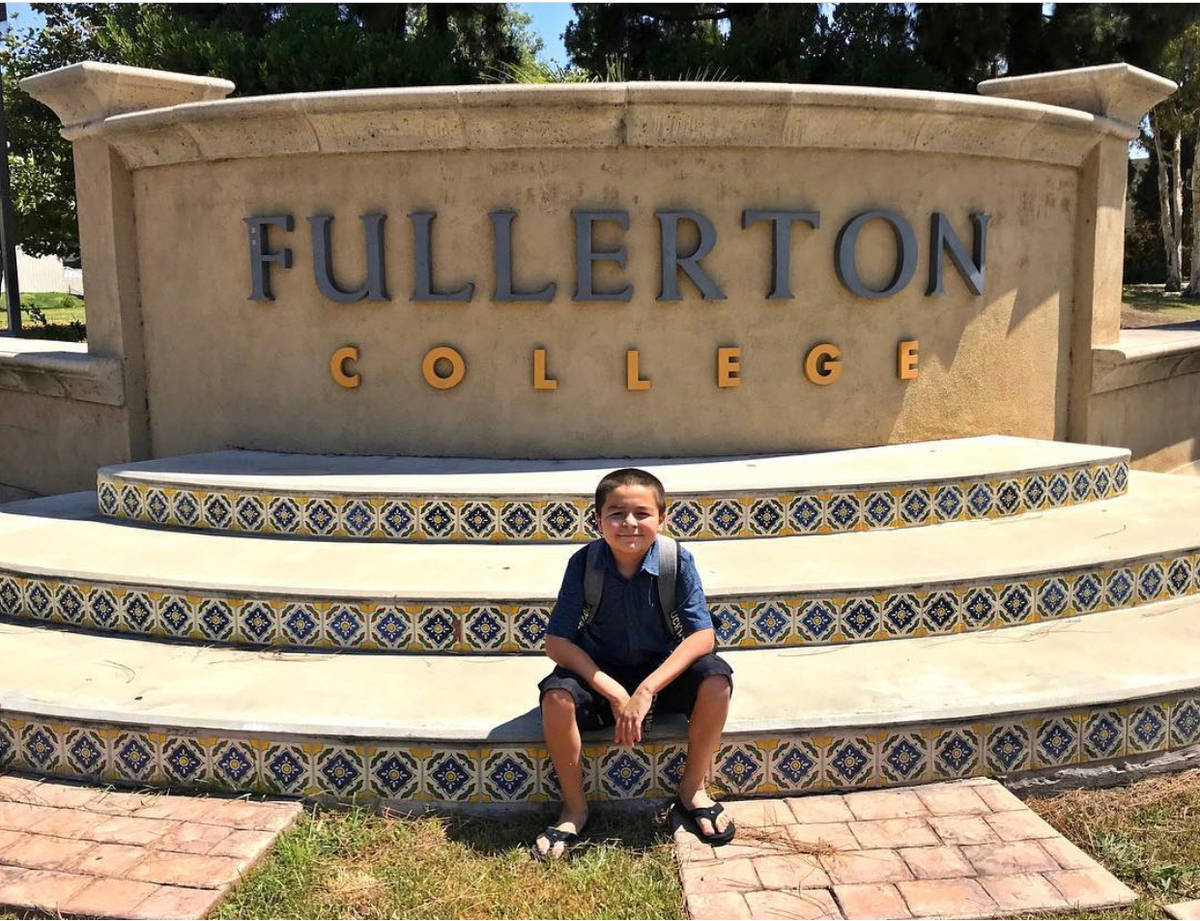 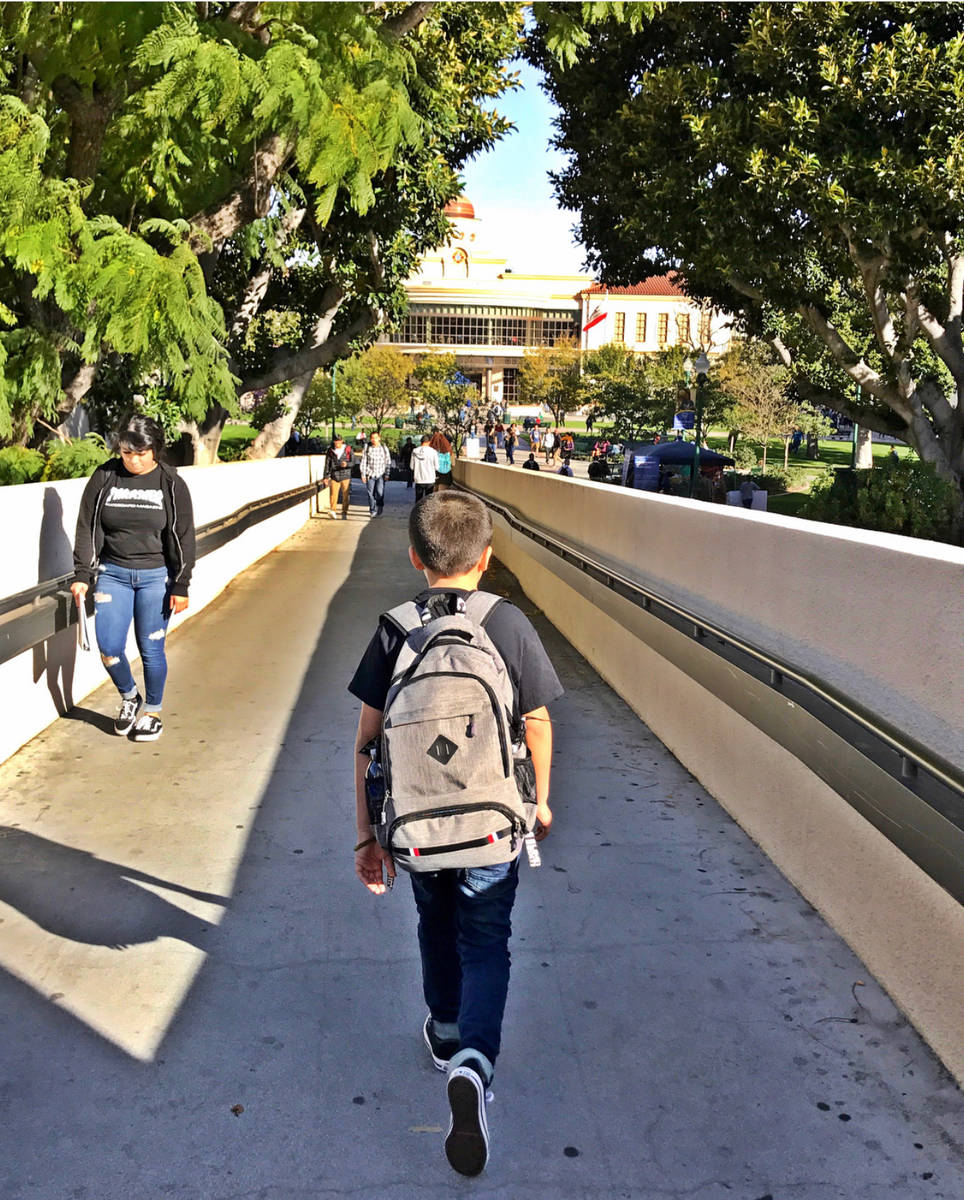 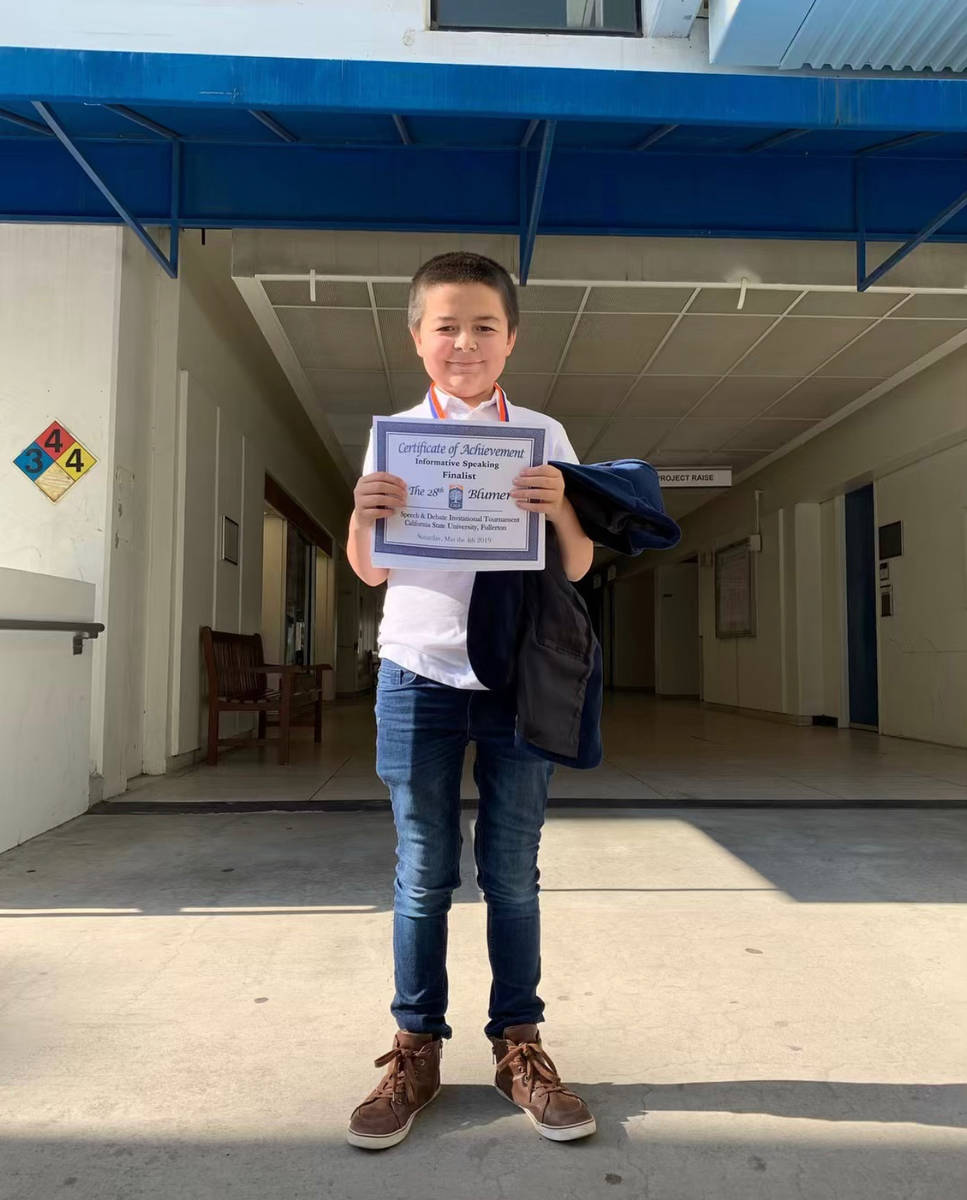 A 13-year-old who graduated last week from a community college in California with four associate degrees and a 4.0 GPA plans to continue his education at UNLV.

Jack Rico earned the degrees in two years from Fullerton College in Southern California, becoming the youngest graduate in the school’s history.

“It was a really fun and interesting experience,” Jack said Thursday by phone from home in Whittier, near Los Angeles. “I didn’t really know what I was looking into at the start of it.”

He said it was challenging and stressful at times, but he pulled through.

Jack plans to pursue a bachelor’s degree in history at UNLV, noting it’s what his mother studied in college.

“I’ve always been interested in history,” he said. “It’s the story of where we came from.”

His mother, Ru Andrade, said the family travels to Utah multiple times a year and often stops in Las Vegas. Jack toured UNLV’s campus and “he was just sold right there,” she said.

Jack plans to start his UNLV experience by taking a summer class remotely in early June.

This fall, the family plans to stay in a hotel in Las Vegas so Jack can attend his UNLV classes Mondays through Wednesdays. Andrade’s 15-year-old daughter — who’s home-schooled — will come with them.

Three or four middle school-age students attended UNLV during the fall 2019 semester, university officials said in December. That included two Las Vegas siblings — 12-year-old Shenlone Wu and 13-year-old Shenmei Wu. It was not clear how many young students will attend the school in the fall.

But UNLV spokesman Tony Allen said the university will do everything it can to make Jack feel at home.

“Jack is a remarkable young man with a bright future ahead of him, and we’re thrilled that he chose UNLV to continue his academic journey,” Allen said. “We have a long history of Rebels making it happen by following their dreams, no matter how big, and we look forward to welcoming Jack and his family to UNLV.”

As for Jack, he said he’s looking forward to taking a “variety of classes” at UNLV in history and other subjects, and exploring his options and interests. “I still don’t have life figured out yet,” he said.

Andrade said her son has been passionate about history since he was a young child.

“He’s not a genius,” she said. “He works very hard. He just loves information and loves learning.”

Outside of school, “He really is 13 when it comes to play,” Andrade said, and he loves playing video games. “He will get done with his work just to get to his video games as fast as he can.”

Jack also enjoys spending time with his cousins and sister, drawing and doing activities with a home-schooling group.

‘He came out smart’

Andrade said her son has always been intelligent. “He came out smart. He was always like an old soul.”

When Jack was in about third grade, Common Core State Standards were introduced and it was “something he really struggled with,” Andrade said.

Andrade decided to pursue home-schooling, which “ended up being the right placement for him,” she said.

Home-schooling allowed him a lot of time to learn and be creative, Andrade said, and to work on improving in his areas of weakness.

Jack started by taking just one class. Andrade asked his professor if she could sit in the back of the classroom for the first couple of days, just to reassure him.

Loved being in college

Jack quickly fell in love with being in college, Andrade said, and told her she didn’t have to sit in his classroom anymore.

Initially, his goal was to complete one associate’s degree, but he took classes in a variety of subject areas and ended up completing four — in history; arts and human expression; social behavior and self development; and social science.

“At 11 years old, to ask him to choose a major was quite a bit,” Andrade said.

At the end each semester, Andrade reassessed with Jack whether he wanted to take more classes. She wanted to make sure he wasn’t too stressed out.