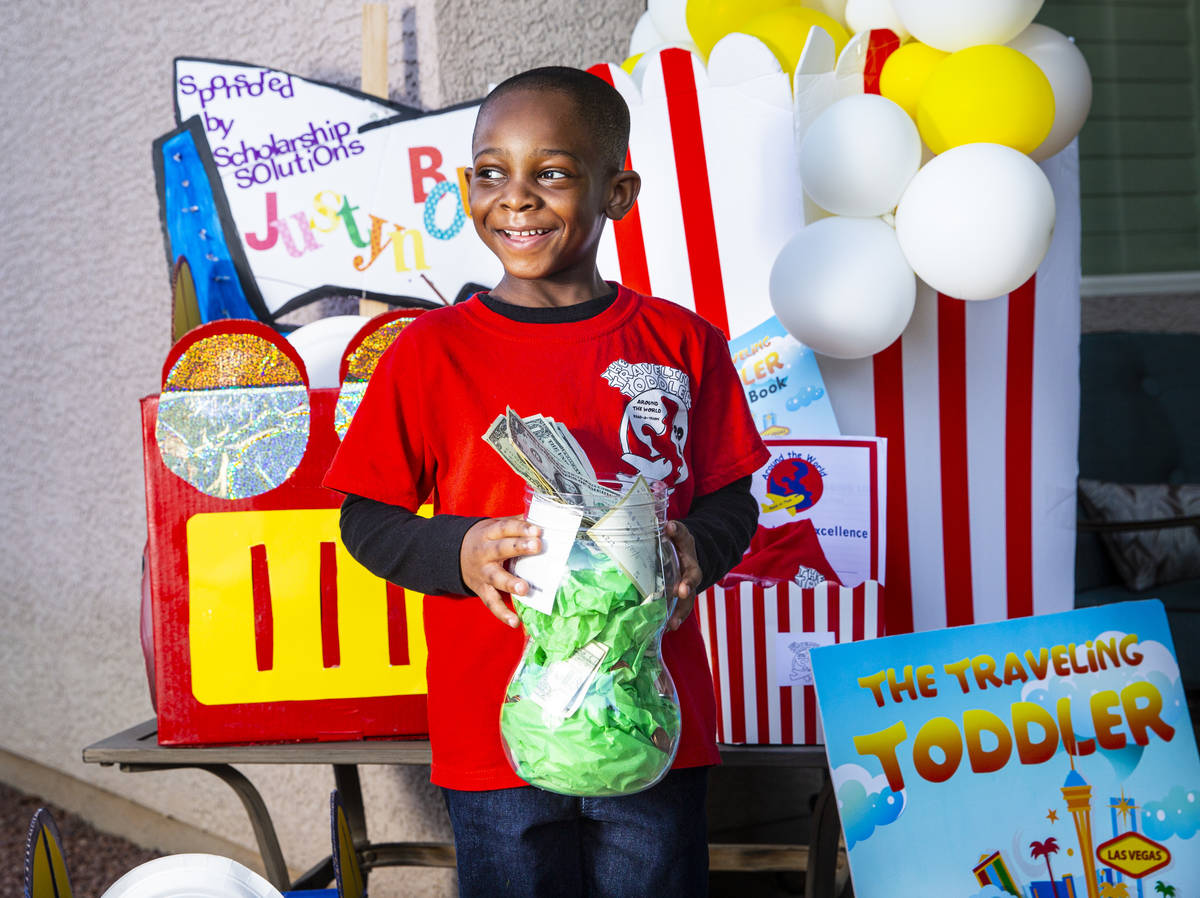 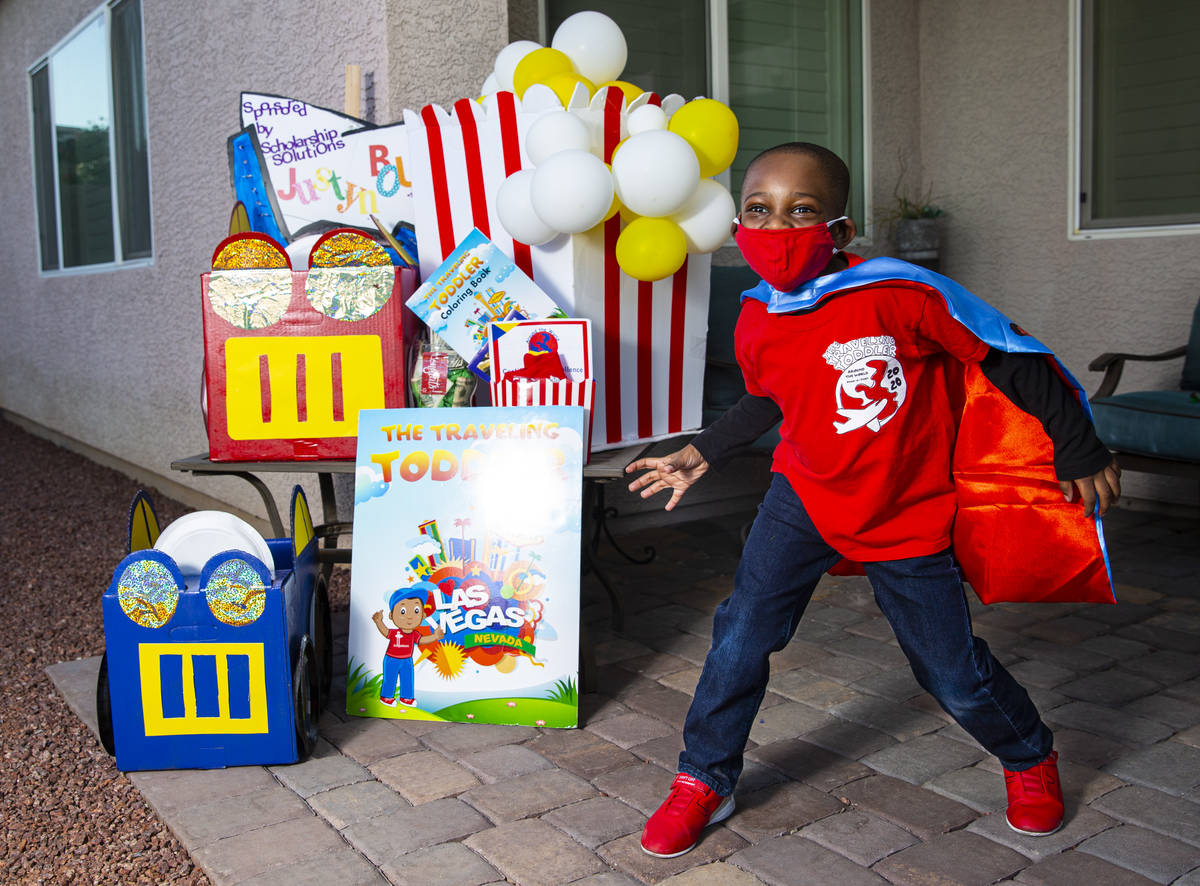 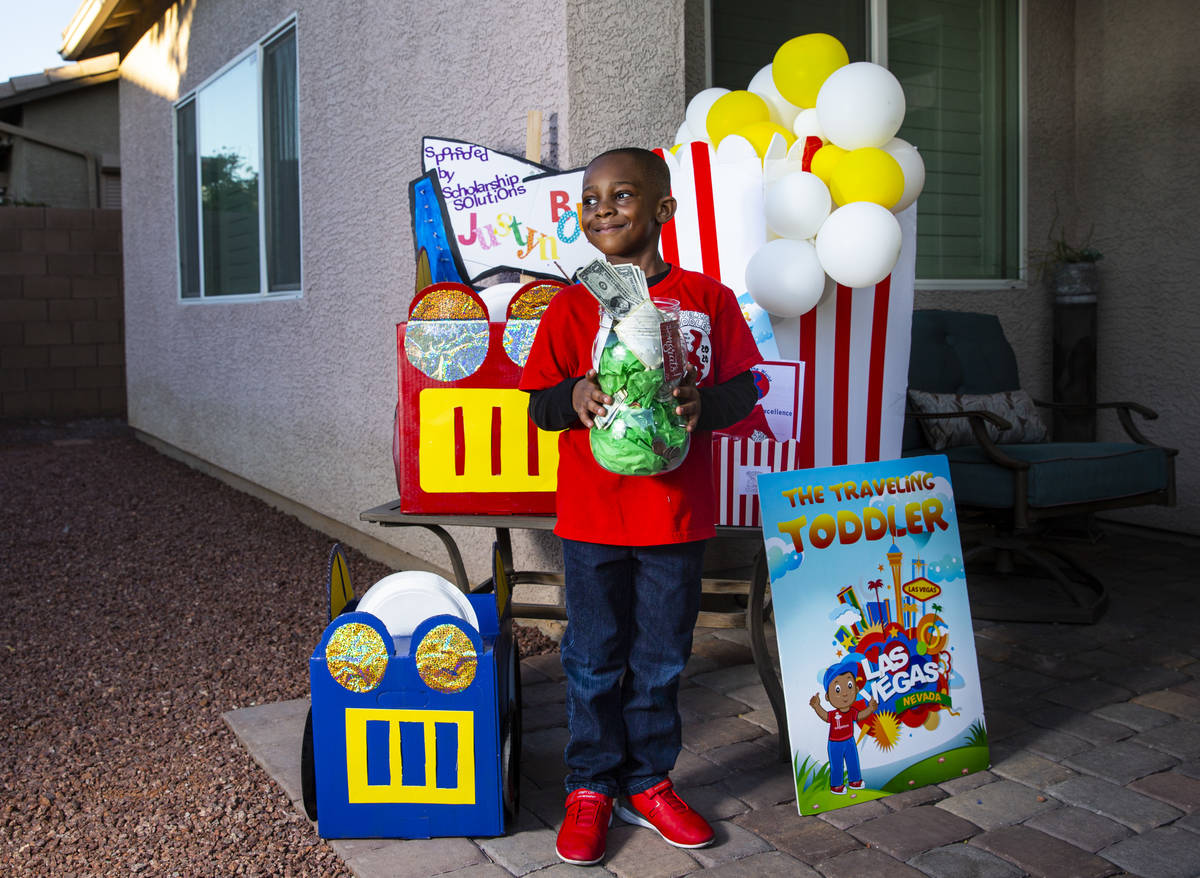 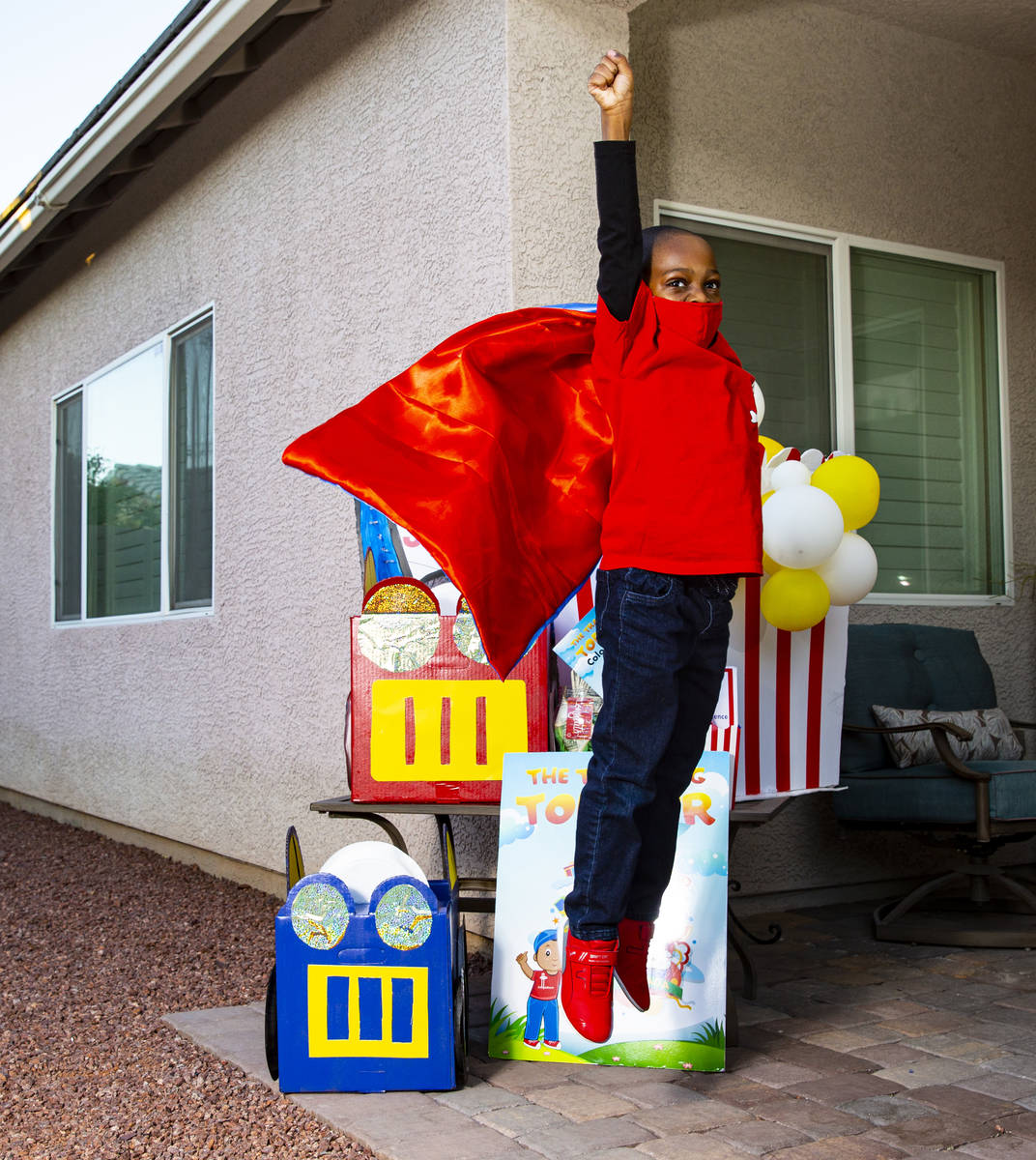 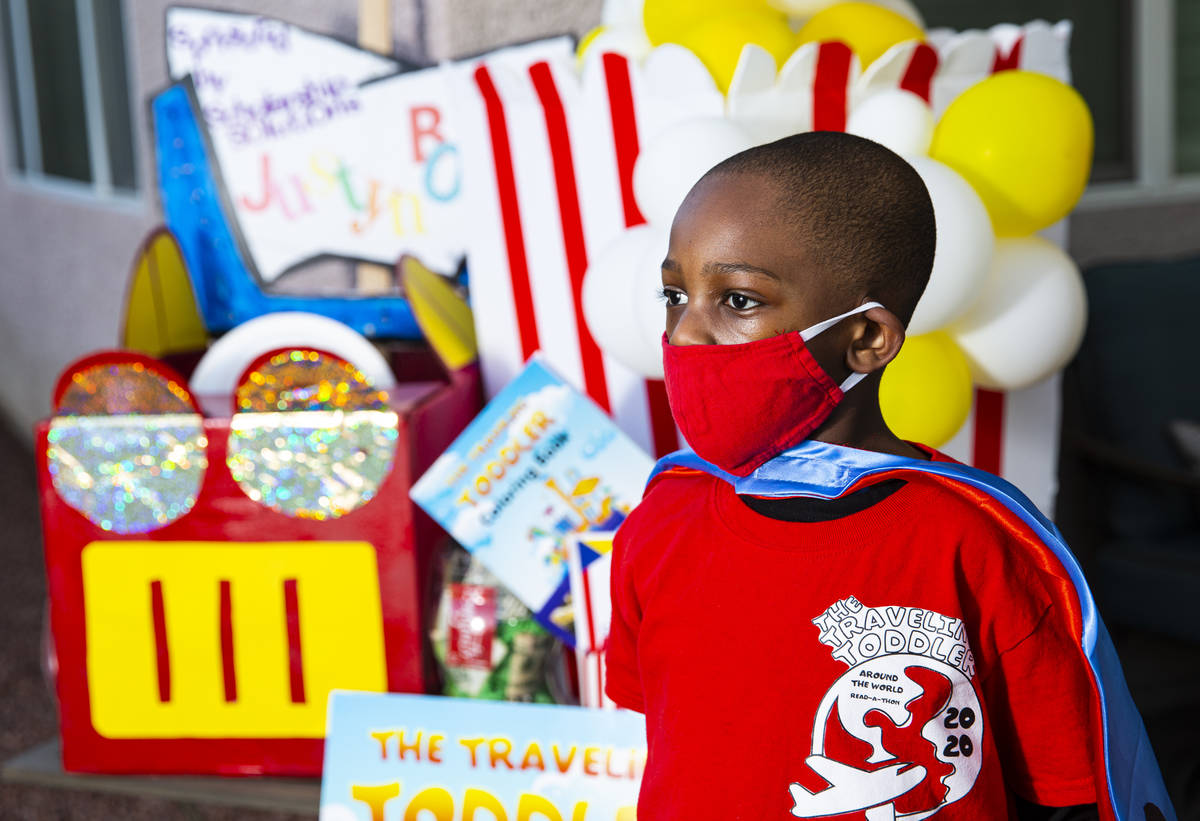 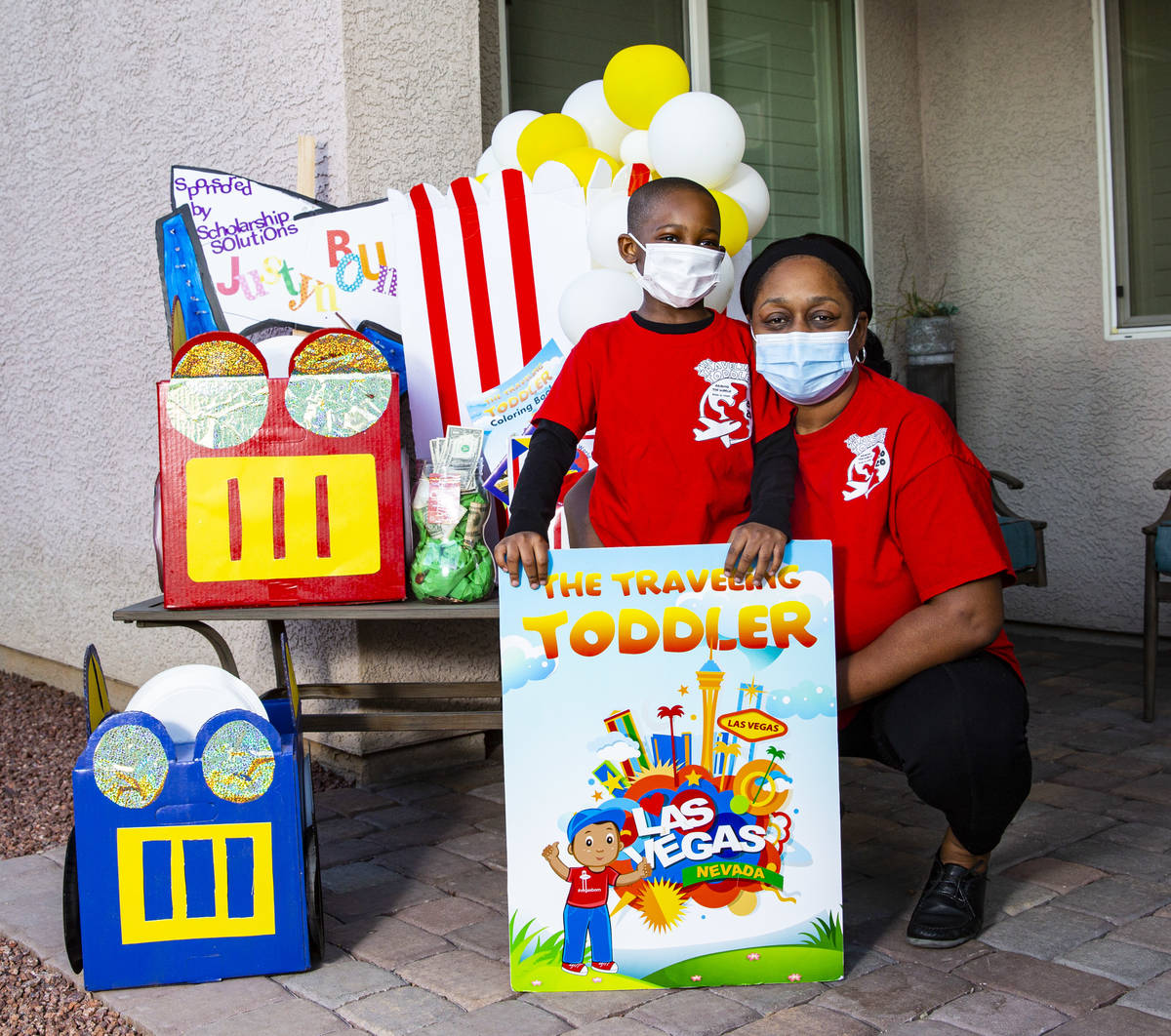 Five-year-old Justyn Boumah, who led a read-a-thon fundraiser, poses for a portrait with his mom, Racquel Boumah, at their home in Las Vegas on Saturday, Nov. 28, 2020. (Chase Stevens/Las Vegas Review-Journal) @csstevensphoto 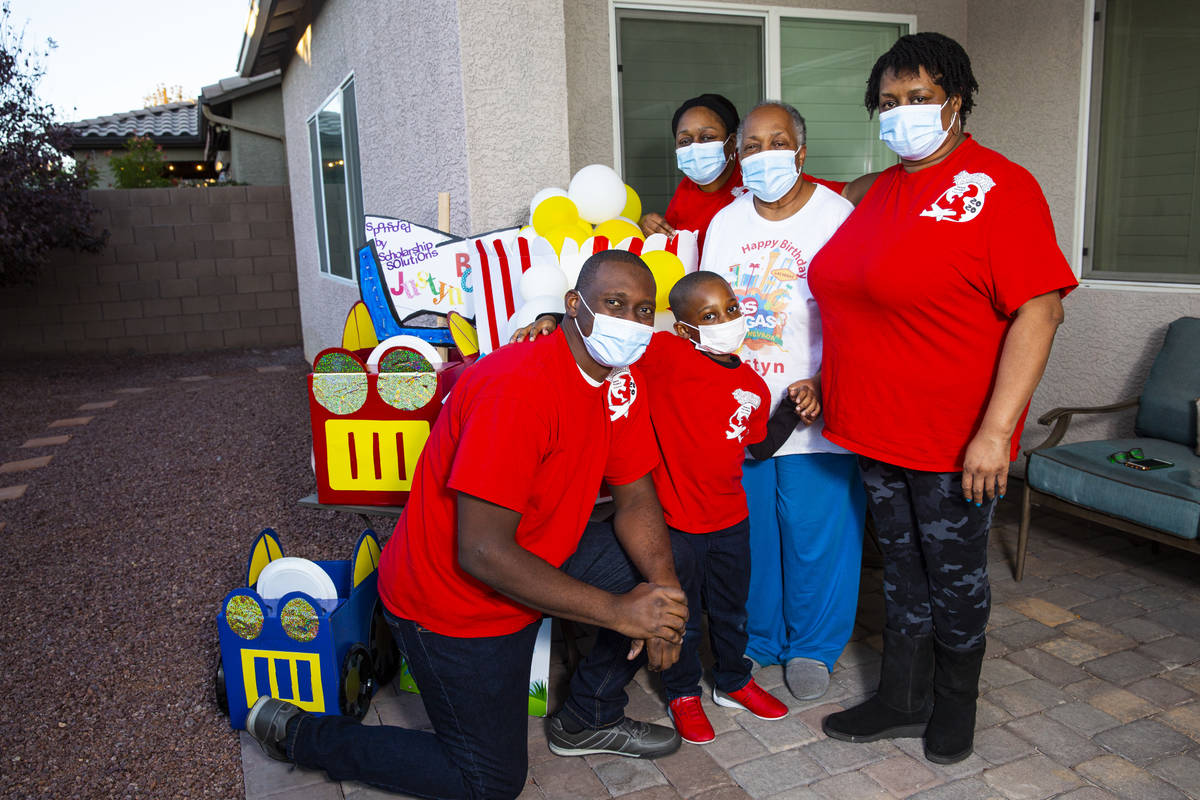 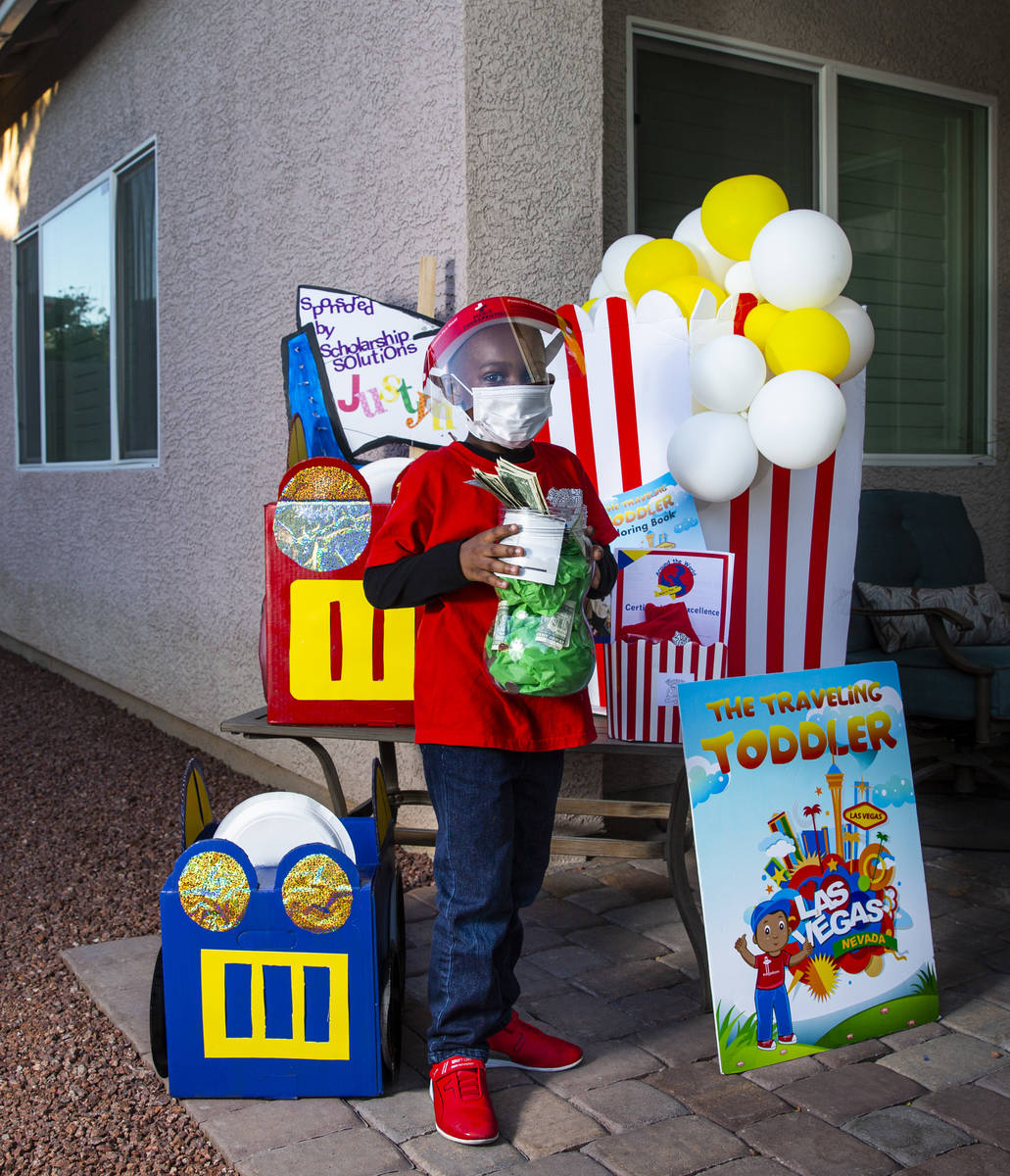 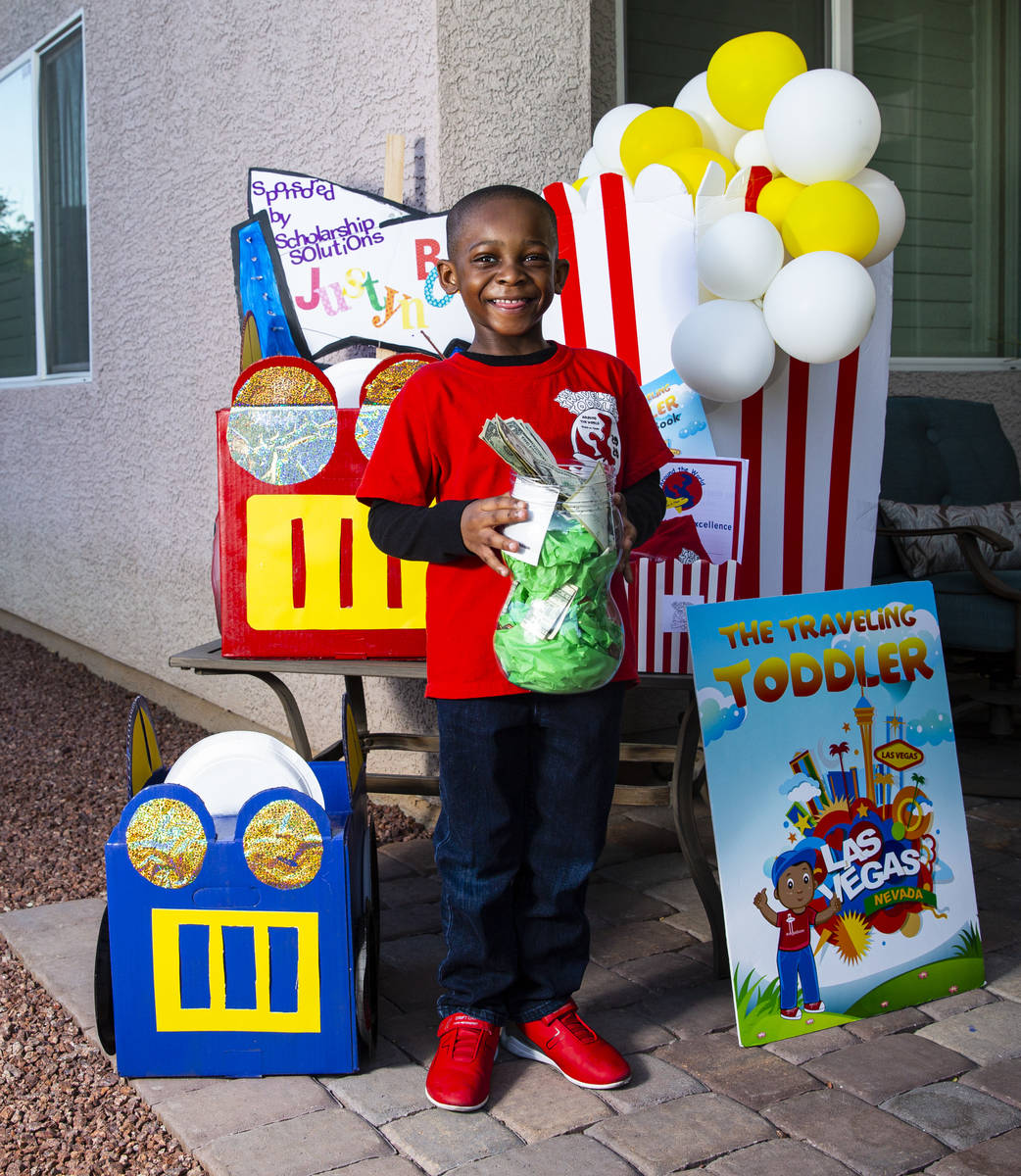 At the age most kids are learning to read, 5-year-old Justyn Boumah wrote his 12th book.

But the Las Vegas kindergartener known on social media as The Traveling Toddler hasn’t stopped there: He’s now raising money to help homeless youth and promote literacy in his hometown and beyond though his Around the World Read-A-Thon fundraiser.

“Justyn is the CEO of his brand,” said his mom and illustrator Racquel Boumah. “It’s what he wants to do — read and play with his friends.”

This year, the annual fundraiser went online during the COVID-19 pandemic, inviting young readers from Africa, the Caribbean, the Middle East and North America to read as many books as possible over three days while the adults kicked in $5 — or, as Justyn puts it, just 500 pennies.

The goal, Justyn said, is “to read all around the world.”

The fundraiser has raised $2,500 to date to benefit Project 150, an organization supporting Nevada students experiencing homelessness; Books and Ballet, an initiative by a local teenager focused on reading and dance; as well as the family’s home church in Gabon, where Justyn’s father was born.

Boumah said Justyn is the creative force behind The Traveling Toddler, coming up with ideas for books and charitable projects all on his own. During Thanksgiving week, for one, he decided to pack gift bags for bus drivers with snacks like Goldfish and M&Ms, she said.

He wrote his first coloring book at age 2, with an assist from professional illustrator Boumah, as the duo traveled to visit their international family. In May, Justyn wrote his first solo book after 11 other collaborations with his mom titled “The Sheep Has His Helmet.”

Boumah said the idea for a book series came when she found herself frustrated with the lack of options to keep a young child occupied on long-haul flights. Justyn has visited 10 countries, Boumah said, accompanied by his mom and dad.

“I thought, I’m just going to make my own books and products about our travel experiences,” she said. “Now, he’s picked up an affinity for writing about his own experiences.”

But what does the COVID-19 pandemic mean for a traveling toddler? Boumah said it derailed their plans this year to visit five more countries. They also had to get creative for the Read-A-Thon: In previous years, Justyn visited classrooms to read books with other students; this year, the family built a “Kiddie Drive-In” with boxcars for readers in order to host a socially distanced kickoff party, and held virtual reading sessions with other self-published authors.

“It went better than I thought it would,” Boumah said. “I think parents were happy and appreciative to have something else to do.”

The eventual goal is to donate one book for every book sold, Boumah said. In their international work, the family has found that a lack of access to books has kept families from participating in the fundraiser, according to Rhea Watson of Scholarship Solutions, and Justyn’s aunt.

“Some of our partners in the Dominican Republic did not have books, or they asked for electronic options,” Watson said. “It made us realize we take so much for granted.”