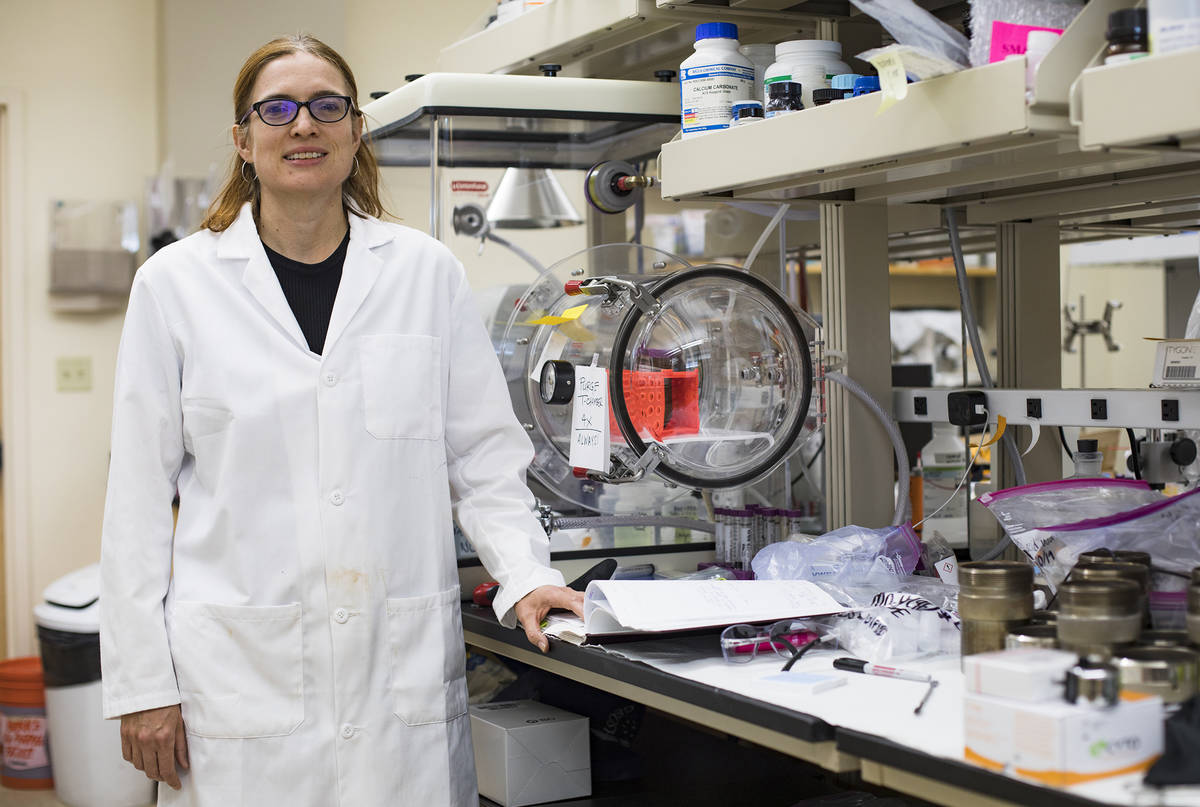 Dr. Libby Hausrath at her lab at the University of Las Vegas in Las Vegas, Thursday, Oct. 24, 2019. Hausrath was chosen as a researcher for the Mars 2020 mission. (Rachel Aston/Las Vegas Review-Journal) @rookie__rae 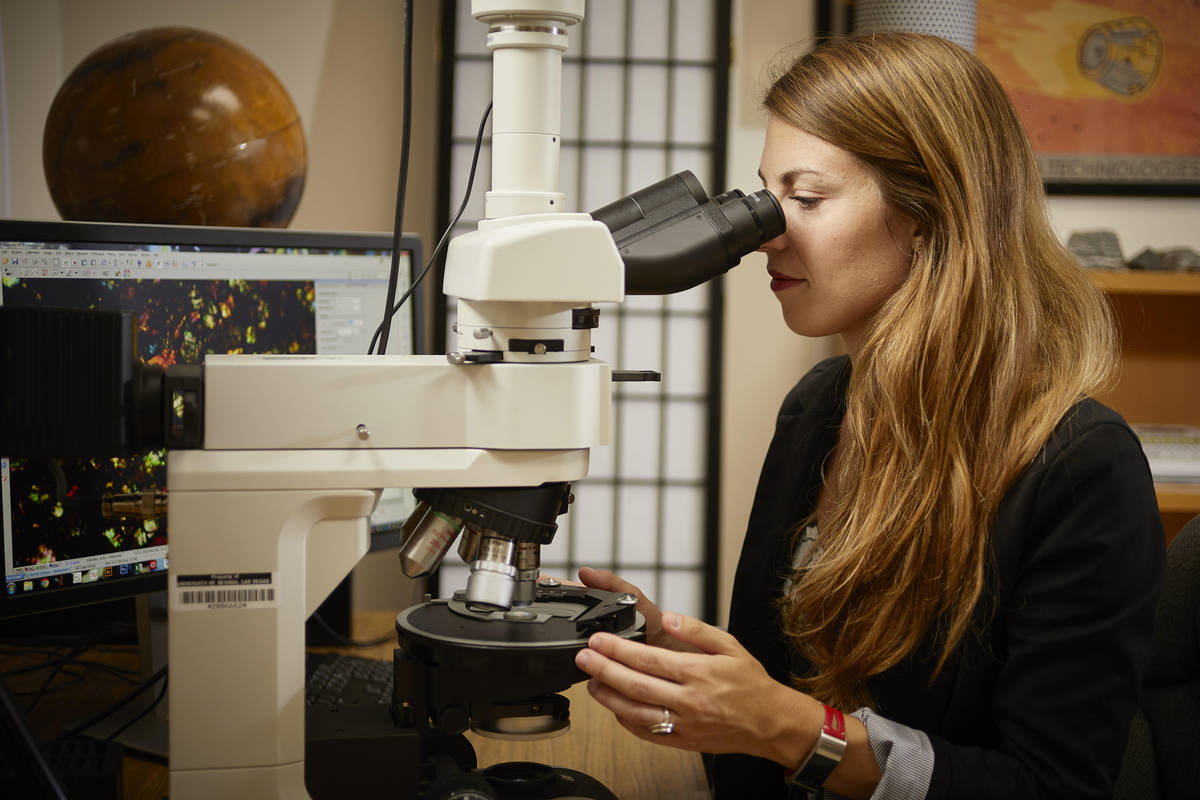 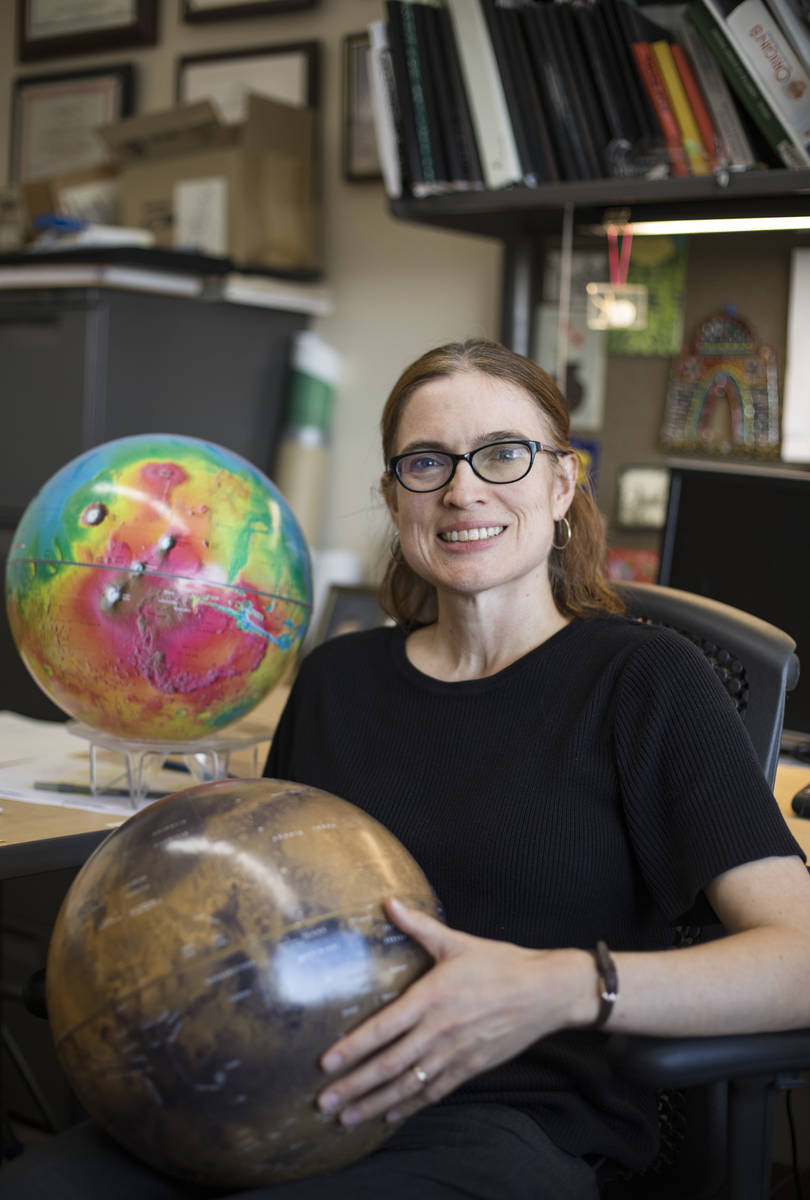 Dr. Libby Hausrath at her office at the University of Las Vegas in Las Vegas, Thursday, Oct. 24, 2019. Hausrath was chosen as a researcher for the Mars 2020 mission. (Rachel Aston/Las Vegas Review-Journal) @rookie__rae

Two UNLV scientists working on NASA’s new mission to Mars survived “seven minutes of terror” Thursday as they watched the Perseverance rover’s perilous but perfect landing on the red planet.

As participating scientists selected for the mission by NASA, now their work will really take off.

Udry said she watched live video of the landing on a laptop computer outdoors on campus, with one of her graduate students and a couple of friends, all of them wearing face masks.

“It was a very stressful seven minutes of terror,” Udry told the Review-Journal shortly after the landing, borrowing a phrase NASA uses to describe the entry, descent and landing of a spacecraft.

“Obviously, when we had the words that the rover landed, it was a very exciting moment,” she added.

She said the historic mission was planned for years, and rock and soil samples are expected to be brought back to Earth in 2031.

Udry has been a participating scientist with the mission since November. She said her goal is distinguish igneous rocks — those formed by the cooling of magma — from sedimentary rocks formed by the solidification of sediment. Telling the difference isn’t always easy, she added.

She and Hausrath will also fill “science operation roles” for the mission, including processing data sent by the rover, helping figure out what it needs to do on Mars and writing reports, Udry wrote in an explanation of the mission posted Thursday on UNLV’s website.

There’s no guarantee the UNLV researchers will see samples from Mars in person, though. “Several researchers at UNLV will apply to get these samples, but obtaining these samples will be competitive,” Udry wrote.

Hausrath, meantime, has been involved in the mission since October 2019 as a returned sample scientist. She also participated in a Wednesday news conference held by NASA.

Hausrath said she watched the landing Thursday from home with her family.

“I’m thrilled, of course, that it has landed safely and that it has already sent back images of the surface of Mars,” she told the Review-Journal a few hours after the landing.

Next week, there is a science team meeting for the mission, Hausrath said. Over time, the team will help choose the samples the rover will collect on Mars. They also will look at images, chemistry and mineralogy and will do investigations based on that.

“They’ll be data and new information about Mars almost immediately and hopefully going on for a very long time,” she said.

Hausrath said she sees one of the huge benefits of the space program as being the “human payoff” — that students will become interested and inspired to become future scientists and engineers. “I think that’s really valuable,” she said.

Hausrath said she wants to encourage students who are excited by the Mars rover landing to persevere in science and not to get discouraged. Science, she said, is hard for everyone.