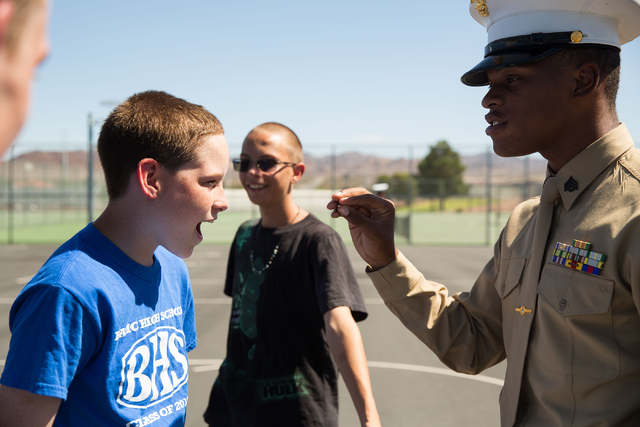 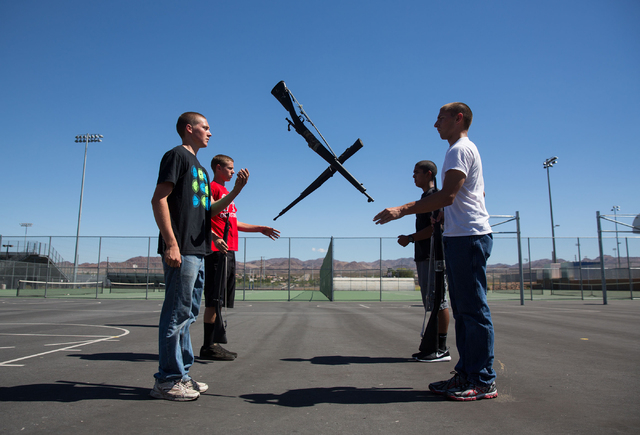 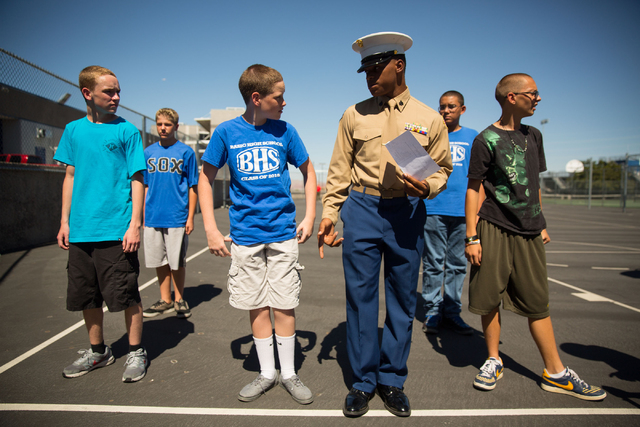 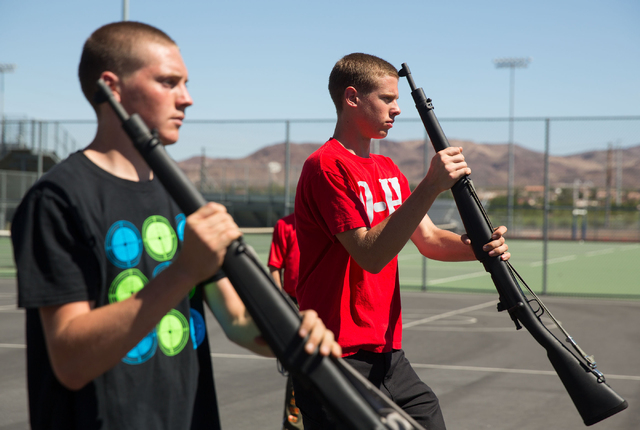 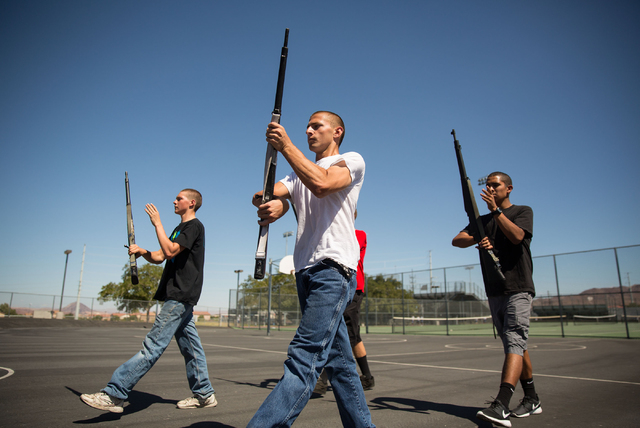 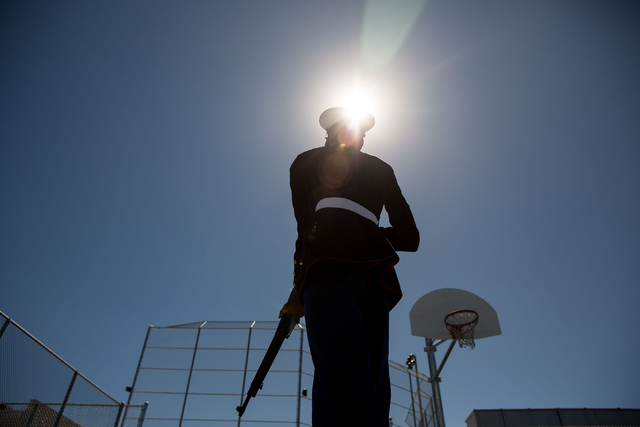 With their faces dripping in sweat, the team drills a creative routine for a junior reserve officers’ training corps (JROTC) fundraiser. They practice spinning and tossing rifles to a strict count.

“I’ve learned hard work pays off,” Cazett said. “If you’re determined and dedicated and you really want something and show it, you will get it.”

The students practice performing so they can compete in the 2015 Golden Bear West Coast National Drill Meet in California in April. Basic has been named national champion of the event for 16 of the last 18 years, according to senior Marine instructor Lt. Col. Michael Viers.

“Last year, Basic was also named a Naval Honor School by the national headquarters,” Viers said. “They recognize the top 20 percent of JROTC programs throughout the country, and it’s based on the competitions we’re involved with, our community service and the leadership roles the students have. It’s quite an honor.”

With the help of his assistant Jay Foote, Viers teaches six JROTC courses each school day to more than 200 students. In addition, about 60 students make up the extracurricular competitive team.

“We have marksmanship and rifle practice, so there is after-school involvement and some weekends as well,” Viers said. “It is a time commitment. It’s like a sport; you have to practice, and you have to attend competitions.”

“With the drill teams and color guard, there’s a strict routine that everyone has to follow,” Viers said. “With the exhibition competition, we can kind of do whatever you want. It allows the kids to get creative as they try to wow the judges.”

Cazett, 17, said he signed up for JROTC three years ago after seeing the drill team perform. He serves as a cadet battalion commander, the program’s highest student ranking position.

“JROTC is basically a leadership class,” Cazett said. “It teaches us discipline, dedication and determination.”

Werner, 16, works alongside Cazett in creating drill team routines. He said he plans to join the Marines after he graduates from high school.

“ROTC gives you a real good sense of confidence,” Werner said. “It makes you feel good about yourself, especially putting on that uniform. It makes you very prideful.”

The students are scheduled to conduct the color guard ceremony during the city of Henderson’s Veterans Day celebration Nov. 8 at the Henderson Events Plaza, 200 S. Water St.