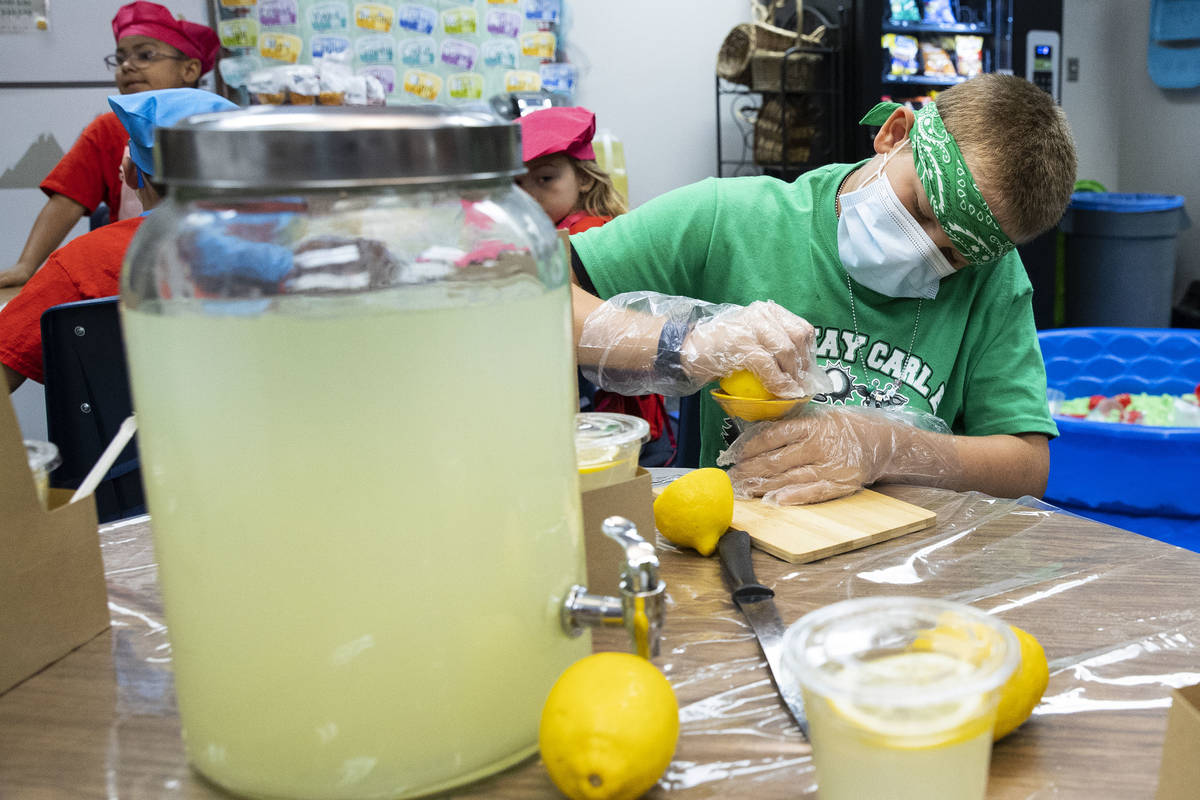 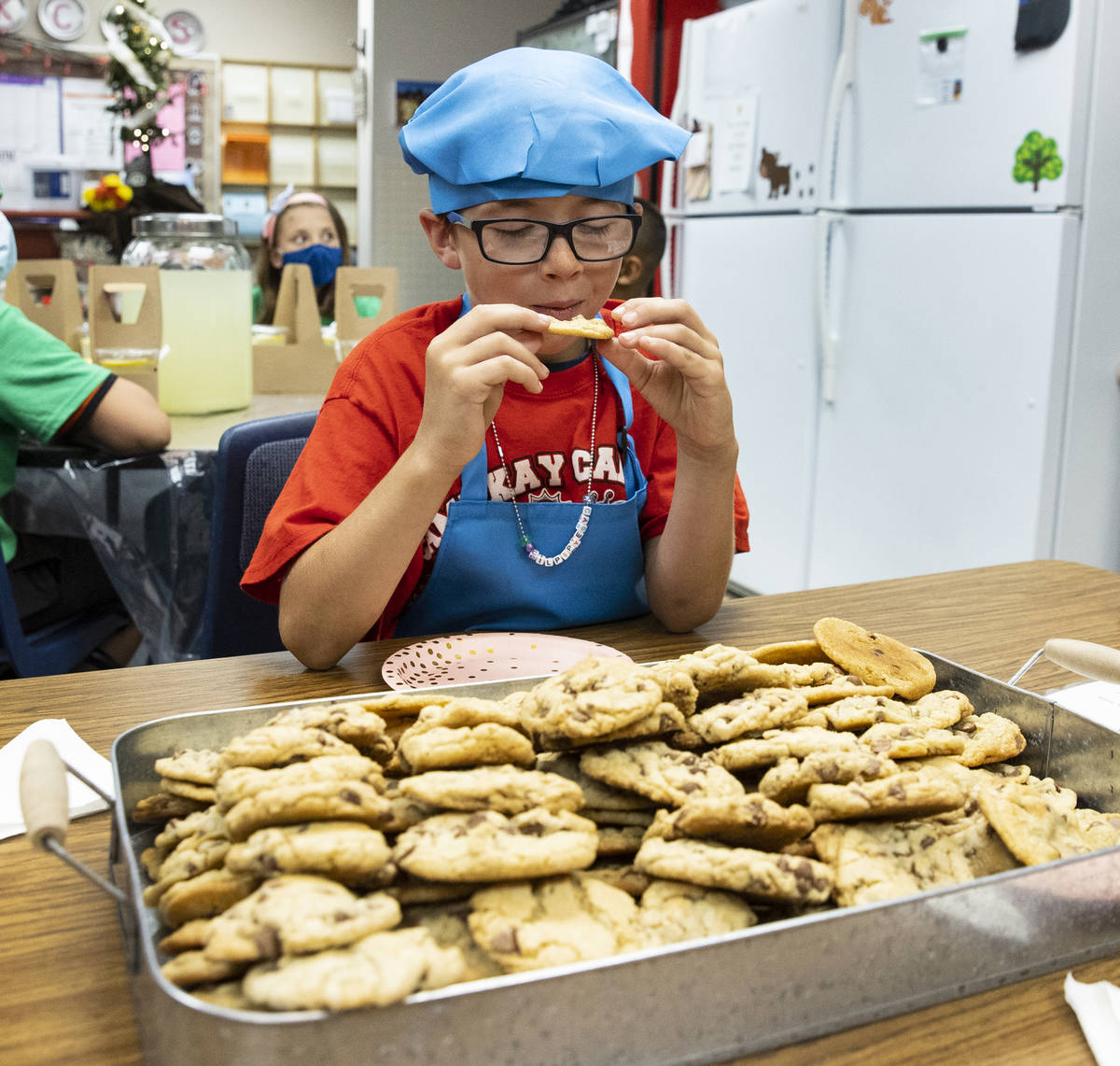 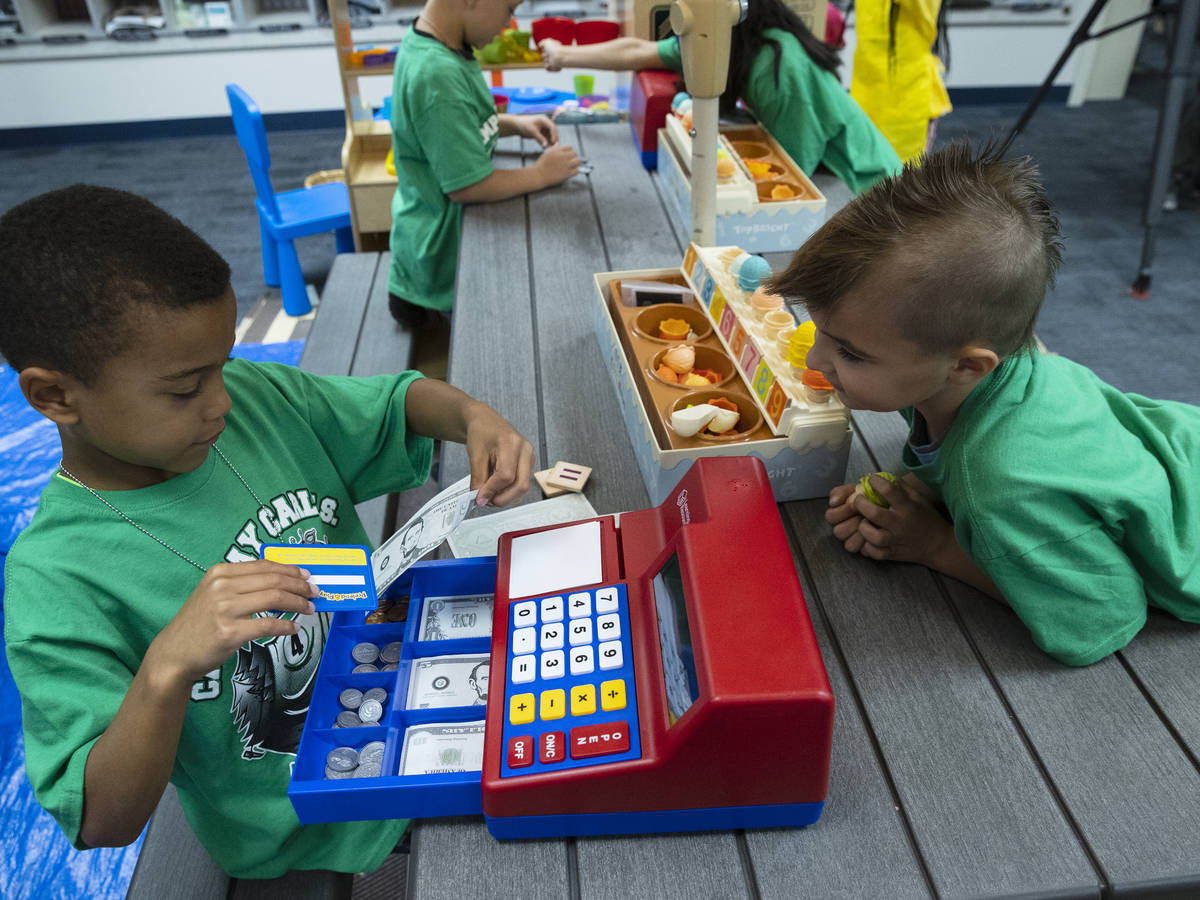 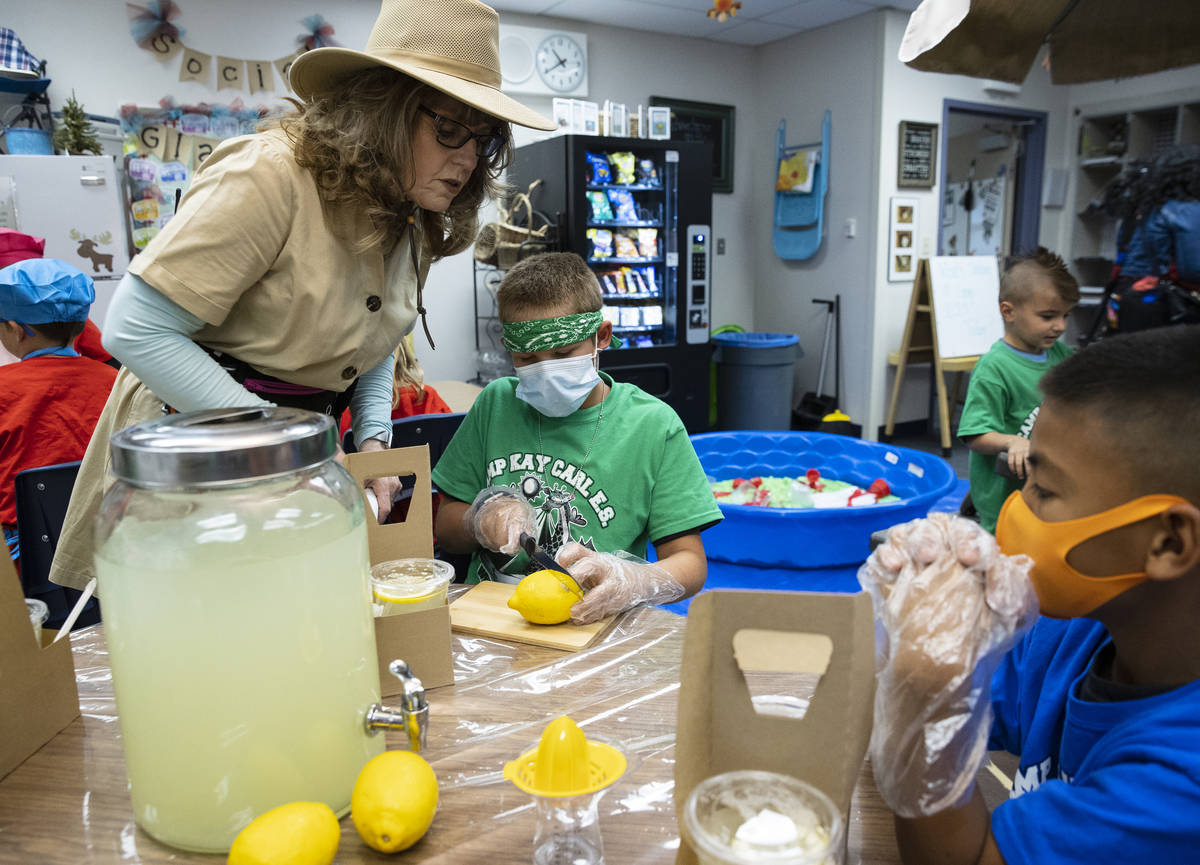 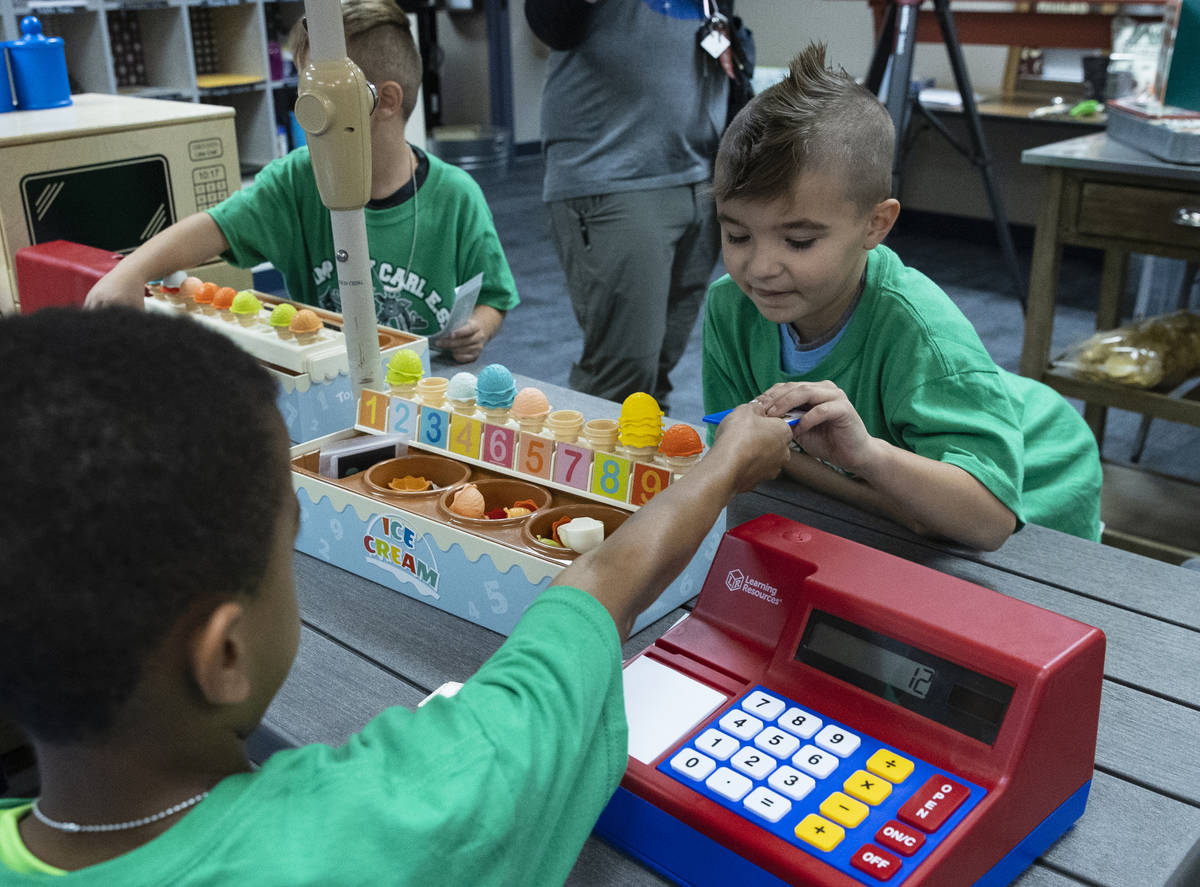 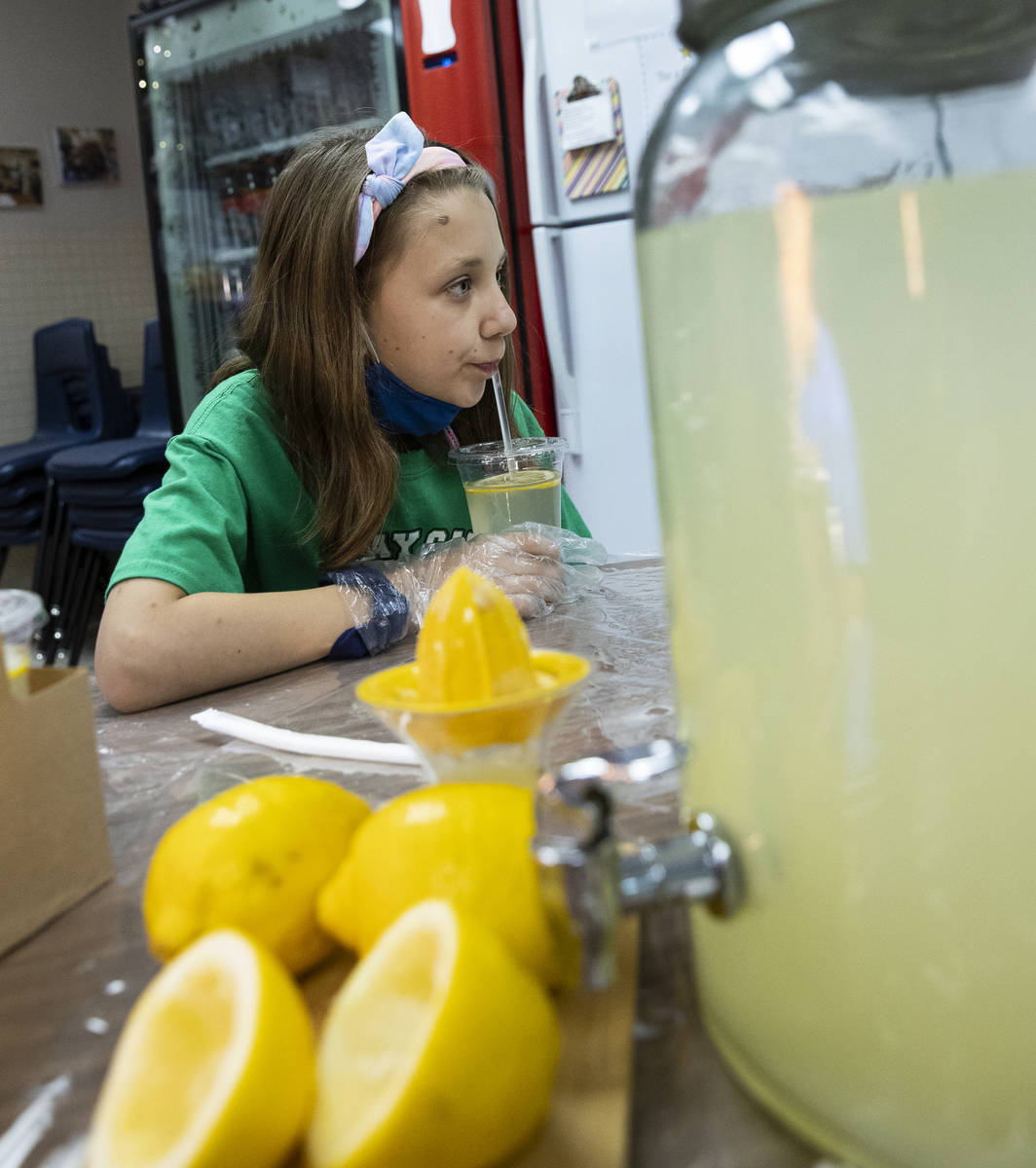 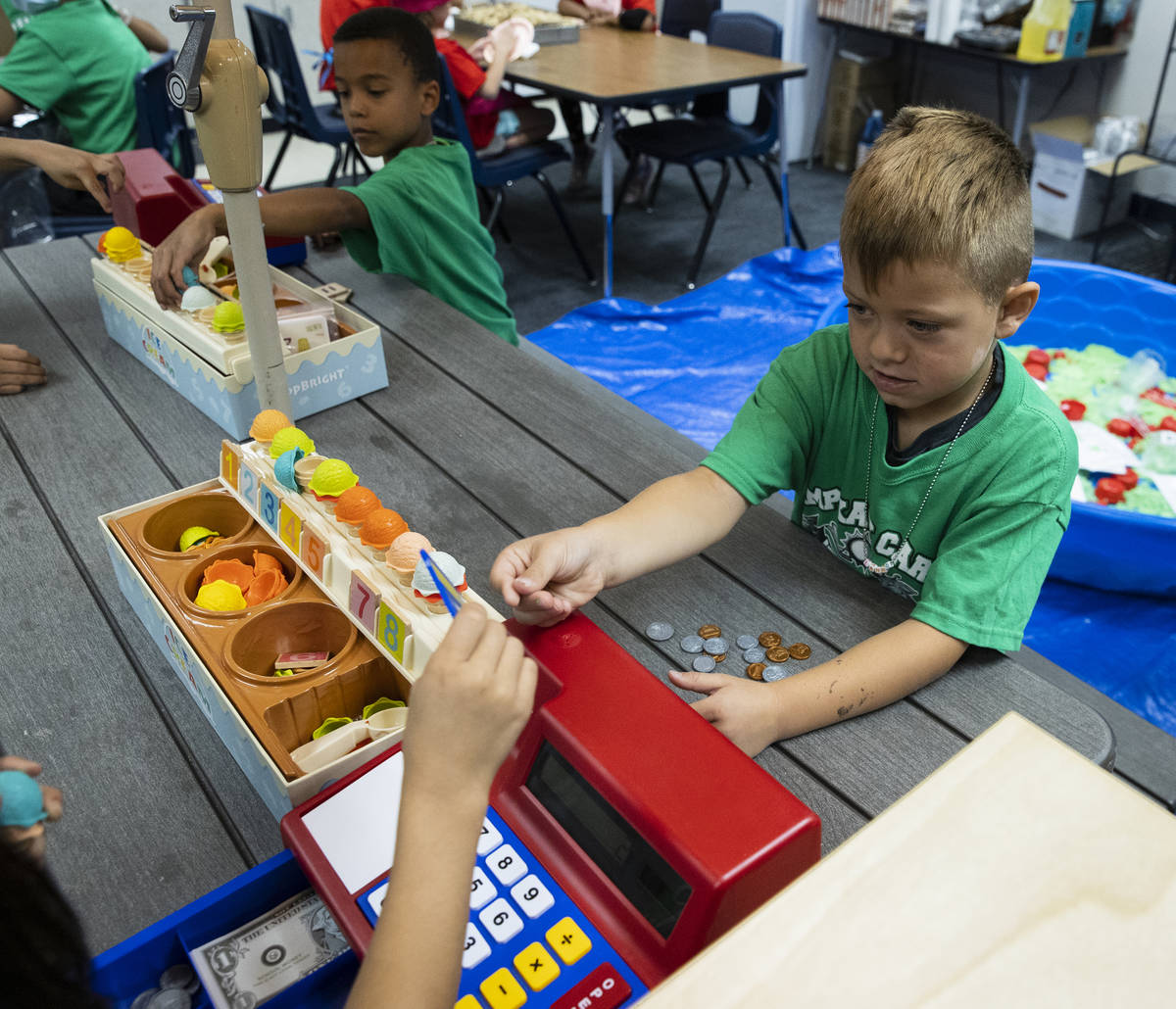 Known as Summer Acceleration, the program funded by federal emergency money is free to all students and supplements the district’s standard summer offerings, which are limited to students who receive special education services or are making up credits. District representatives could not provide an estimated cost of the program.

Project-based learning is a key piece of the program, which began on June 1 at all district schools and will run through the end of the month.

At Kay Carl Elementary, it offers a chance to unleash some of the on-campus creativity sidelined during the months of virtual learning, according to Principal Brenda Swann.

The school’s academic wings have been transformed into four camp houses, each with its own theme, animal mascot — such as the skunks — and camp song. Teachers wear park ranger-type uniforms. The courtyard is an archery range, and the gym is home to a handful of air cannons.

“We took it and ran with it,” Swann said. “We were asking ourselves, how do we maximize what we haven’t been able to do all year?”

Around 250 Carl Elementary students are attending the summer session, which focuses on traditional math and reading skills in the mornings and small-business practices in the afternoon, including running their own lemonade and baked goods stands. The latter teaches nonfiction reading and science in following a recipe, Swann said, and customer service and money-handling skills. (Though for COVID-related reasons, the kids are selling prepackaged goods, while baking and eating their own creations.)

They squeezed a bag and a half of lemons each for their lemonade stands during the camp’s first week, by the estimate of rising fifth-grader Tatum Hales.

“It’s more fun,” she said of the camp compared to the last school year. “There’s less people, so you can do more.”

At the end of the month, the campers will put on a stage version of “101 Dalmatians,” with some students playing roles and others running the front of the house and concession stand.

Swann said the camp theme will extend into the next school year, when the school will belatedly celebrate its 20-year anniversary by transforming into a natural history museum. With Clark County schools set to resume full-time, in-person instruction for 2021-22, Swann also hopes to again hold some of the school’s traditional events, like a sleepover on school grounds for fifth graders.

“They love it and can’t wait to be here each day,” Swann said of the campers.

Jamie Piplic, mother to two current Carl students and a future preschooler, said she opted to send her sons to the program to cushion against the so-called summer slide — an annual phenomenon of learning loss that some experts say has worsened because of distance learning in place most of the last school year.

“I feel like they missed out on some school this year with distance learning,” she said. “And my kids needed a break from each other, if I’m being honest.”

But don’t call it school. For her sons, the experience is a camp, and they come home eager to learn more skills like sewing, she said.