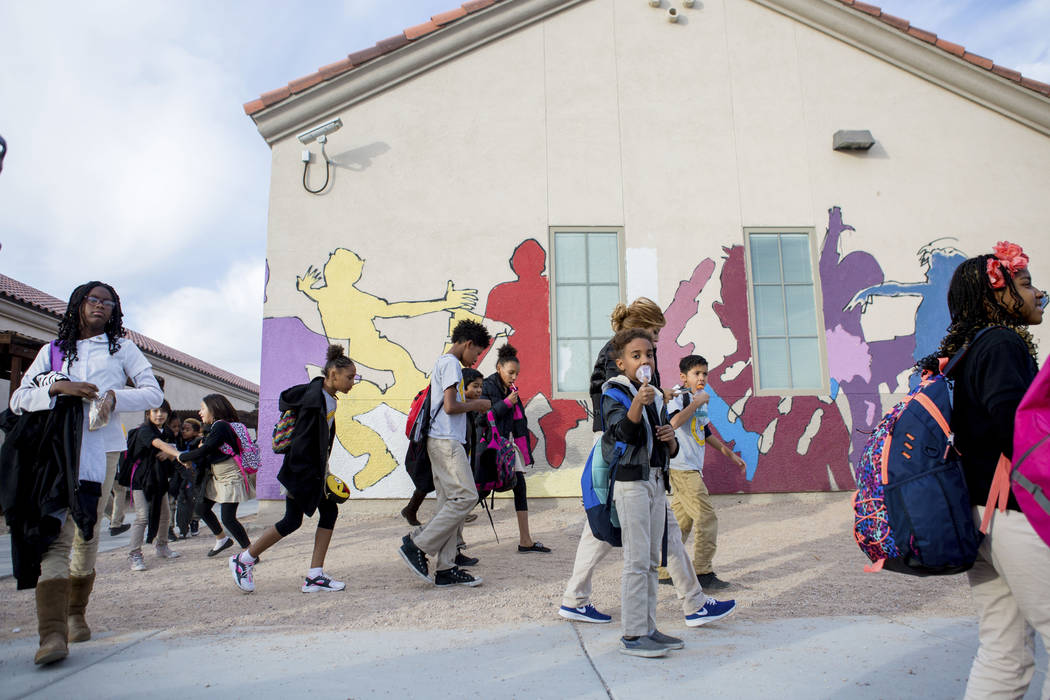 Two underperforming charter schools will enter a receivership that will dissolve their governing bodies with the goal of improving academic results after a unanimous vote by the Clark County School Board on Thursday.

But the charter schools, which are sponsored by the district, pushed back on those actions — arguing that they were on a trajectory of improvement or will commit to one.

Delta Academy and 100 Academy of Excellence will be led by a receiver who will operate the schools, build up their academic achievement and help build a new governing board.

Both schools are on the state’s 2018 Rising Stars list, which encompasses one-star schools, those with graduation rates below 67 percent or those in the lowest 5 percent.

Delta school officials said they will fight the decision with legal action.

100 Academy, which serves elementary and middle grades, has a one-star elementary school and two-star middle school.

Yet in a letter to the superintendent, the school suggested a remediation plan instead of a reconstitution of its governing board.

The school later submitted a three-year improvement plan to reach three stars by the 2020-21 school year.

Board of Directors Chairman Eric Leufroy also argued in another letter that the district has known for years about the need for Rising Star schools to reach three stars in three years, but school officials were not notified.

“Accurate timelines are one of the most important components of an improvement plan,” he wrote. “We were working a five-year plan, and it was never communicated that we should have been working on a three-year plan.”

Delta Academy officials also argued for a remediation plan instead, noting that the school is meeting graduation rate increases spelled out in a three-year improvement plan from 2017.

Officials also disputed state data on its high school, saying the information was riddled with inaccuracies.

Delta’s high school has one star and a graduation rate below 67 percent. Officials note that they take many credit-deficient high school students, serving a particularly at-risk population.

Delta’s middle school was originally reported as one star but has been upgraded to two. The school argues that the middle school dropped to one star because one student did not participate in state testing. Otherwise, it is on track to reach three stars by 2020.

“We are moving in the right direction,” Superintendent Kyle Konold told the board.

“I think this is a great opportunity just to recognize where we’ve been and where we definitely are on a trajectory of three stars in three years.”

But trustees still voted to have both schools enter a receivership for 2019-20 school year. The district will file a petition for appointment of a receiver in court.

“I know that this is a difficult population, and I think that you do some wonderful things there,” Trustee Chris Garvey told Delta officials.

“I do think you need some help though.”