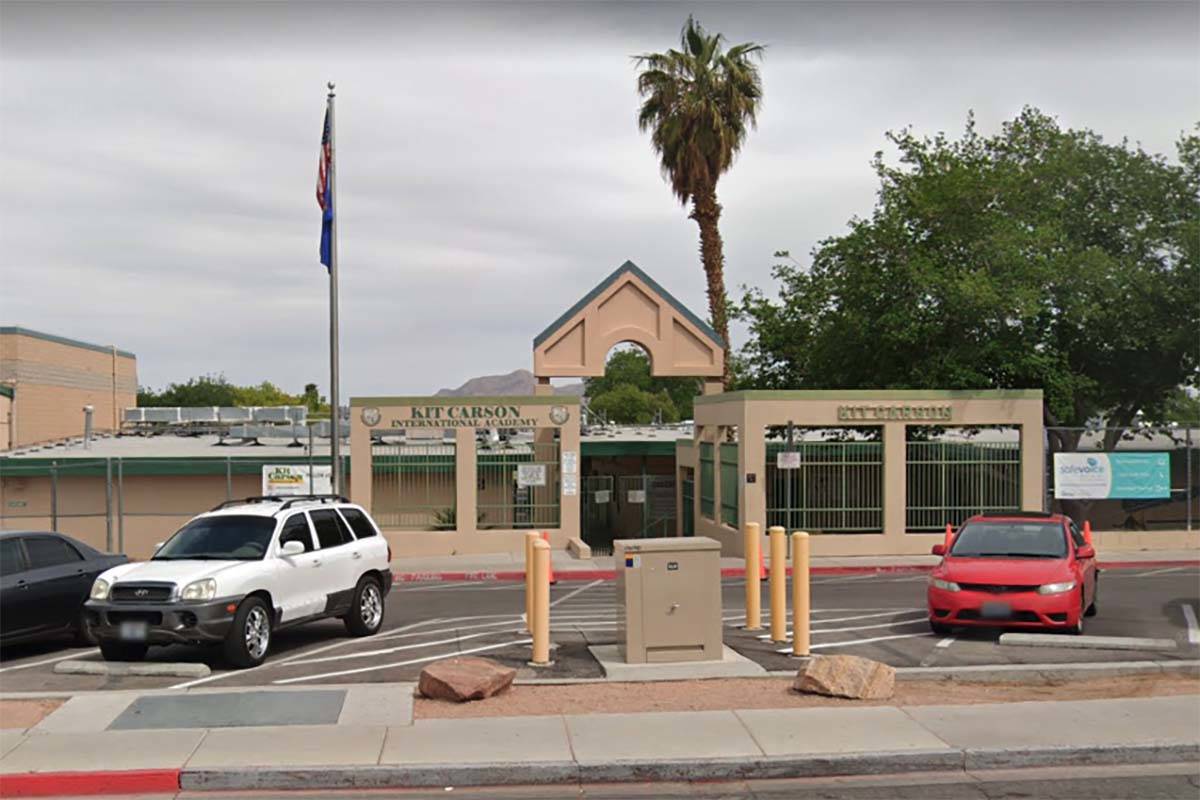 The board decided 5-1 to rescind the name of the central Las Vegas school — built in 1956 — and to look at the associated costs for doing so as a partnership between the school district and community. Trustee Chris Garvey opposed the motion and Trustee Deanna Wright wasn’t in attendance for the vote during the virtual meeting.

Carson — a frontiersman, guide and soldier — “played a pivotal role in the settlement of the West during the 19th century,” according to school board meeting materials. He’s also the namesake of a river in Northern Nevada and the state’s capital city.

“However, Kit Carson has a conflicted legacy,” according to the meeting materials. “Mr. Carson was responsible for the cruel treatment and deaths of hundreds of Navajo Indians, most notably in the 1864 deportation and attempted ethnic cleansing of the Navajo people in what is known as the ‘Long Walk of the Navajo.’”

Across the nation, four or five school districts also have considered requests to rescind Carson’s name on an educational building, Young said.

It costs CCSD an estimated $29,000 to $40,500 to change a school’s name, including new signage and a website refresh. The school normally covers the cost. But because Kit Carson Elementary officials aren’t requesting a name change, there will be an alternate funding source.

Kit Carson Elementary was named before CCSD policy guidelines on school names were adopted. Now, the district says schools should be named for outstanding former CCSD employees, former school board trustees, or for non-educators who “serve as a positive role model to children and to the community.”

A section of CCSD’s school naming policy states “sufficient cause” exists to rescind the name of an educational facility when its namesake “has been convicted of a felony, a crime involving moral turpitude, or participated in any other disreputable behavior which would have a negative reflection or would bring discredit upon CCSD students or staff.”

Sondra Cosgrove, a history professor at College of Southern Nevada, told the board she’s in favor of removing Carson’s name from the elementary school.

“I’m not here to ask you to rewrite history,” she said, but to ask people to do what historians do — continually review and revise historical conclusions based on new evidence.

Carson participated in ethnic cleansing of Native Americans and that’s not a minor thing, Cosgrove said.

Young said before expressing her opinion that she doesn’t want a bunch of people to send her emails.

She said she agrees with changing the name of Kit Carson Elementary. “I just don’t believe in tearing down statues,” Young said, that represent a past history that may be offensive to “somebody like me or others” but noted she understands the issue.

Wright, who’s on CCSD’s school name committee, said changing the name of Kit Carson Elementary has been a topic of discussion since 2018.

Normally, the school name committee would open up an application process specifically for that school and a new namesake would be selected, she said. “We don’t have that situation right now. The situation is a little different.”

There’s a new namesake already chosen — Helen Anderson Toland — and there’s no need for this item to go back to the board of trustees, Wright said.

CCSD already selected Toland a couple of years ago to be the namesake for a new school, but Young said during Thursday’s meeting that Toland didn’t want to take a “brand spanking new school somewhere way across town” from her neighborhood and the school she led.

Concerns over enrollment and finances

Garvey said that Toland is a phenomenal person who is well-deserving of a school being named after her and that she’s an inspiration for the school district.

But she said many individuals who have spoken in favor of rescinding the Kit Carson name don’t live anywhere near the school.

Trustee Danielle Ford said the board is in a powerful position to drive changes and were elected so they can make decisions without having to conduct a survey every time.

The expense in changing the school’s name should be looked at as a potential investment in school culture, she said.

Ford said she has Navajo blood — but “not enough to qualify for anything” — and that her grandmother who died 14 years ago would be very supportive of changing the name of Kit Carson Elementary. “This is personal to me.”

Trustee Irene Cepeda said she supports changing the school’s name, noting it sounds like the community is very much in support as well. “I don’t support having oppressors or colonizers having names on our buildings.”

Board chairwoman Lola Brooks said she’s in favor of rescinding the name and that school namesakes should have a positive connotation. She said she thinks the cost would be minimal.

The perception of history changes over the years, but it doesn’t change Carson’s actions, she added.

There were split opinions in written public comments, some saying they supported renaming the school. But a couple were against the name change, one saying it’s a waste of CCSD’s limited resources, and another saying Carson “helped shape and secure the future of America” and was forced into negative actions by those in authority over him.

During the meeting, trustees also:

The school board approved an initial memo in April pertaining to COVID-19 sick leave donations, which lasted until June 30.