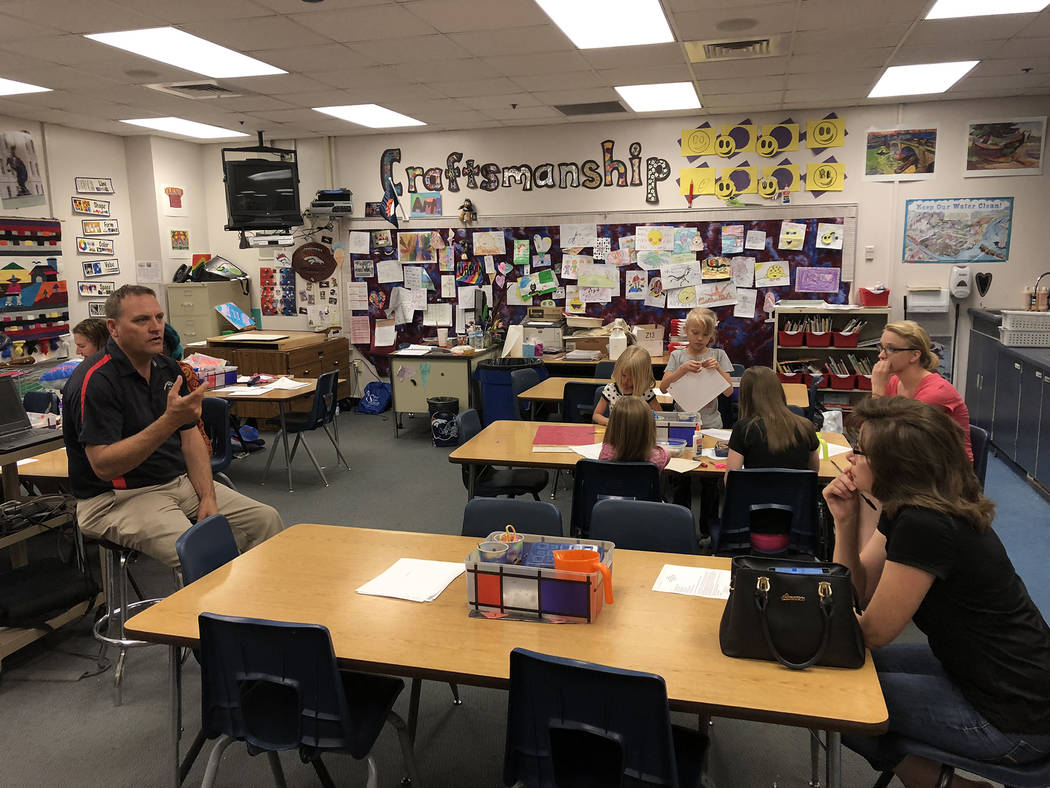 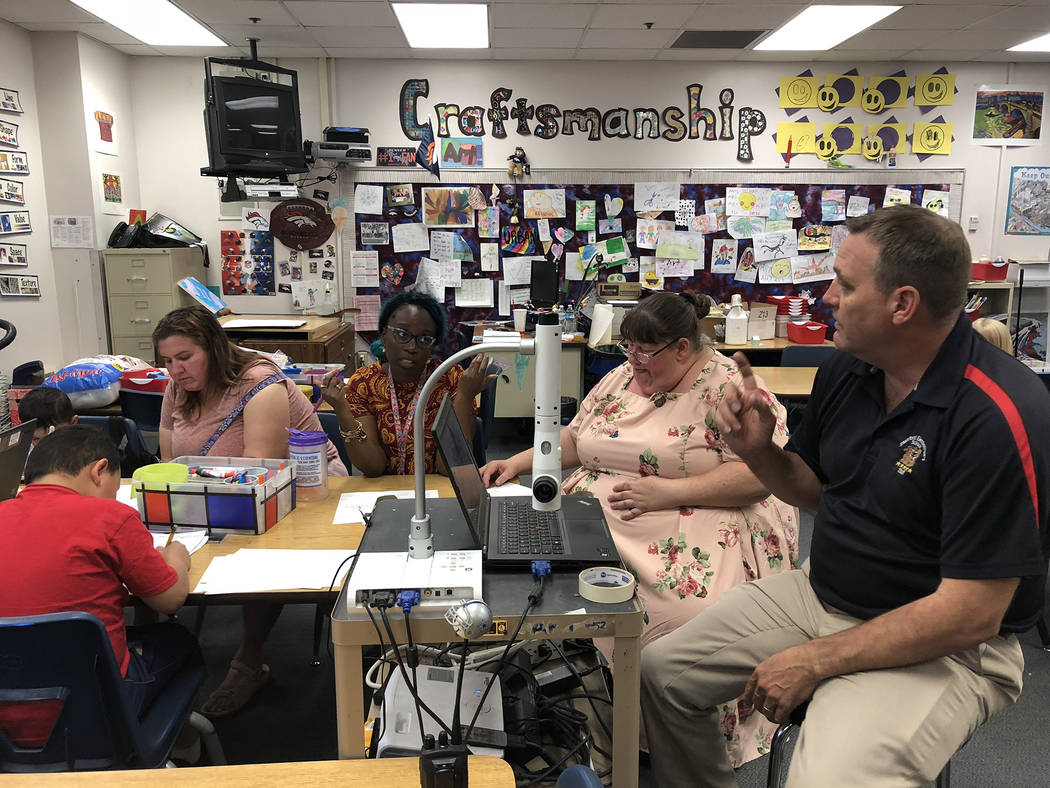 As Clark County schools struggle to erase more than $60 million in red ink for the second year in a row, the burden is falling more heavily on the “haves” more than the “have nots.”

That’s because much of the additional state education funding approved in recent years has targeted “at-risk students” who either don’t speak English or live in poverty. Schools that receive those funds are now able to use the money to offset most of the newly ordered budget cuts, while those that don’t get the additional funds can’t.

The result, say principals and their school organizational teams redrawing spending plans to address the $68 million deficit revealed last week, will be increased class sizes, decreased services and fewer technology upgrades, with the biggest impact falling on schools in the county’s most affluent communities.

In the current round of cuts, Sweikart must trim $577,000, or 4.8 percent of his $11.9 million budget. That will make the Las Vegas high school one of the hardest hit in the Clark County School District because it serves more than 3,100 students and the budget cuts are allocated on a per-pupil basis.

As a result, Sweikart thinks he’ll leave empty three open positions — two teachers and one assistant principal — and probably cut an administrative secretarial position. He’s hoping he won’t have to make further cuts in the fall, but that will depend on whether more students enroll, bringing additional state funding with them.

He’ll also have to stop asking teachers to work extra classes in lieu of preparation time because he no longer has the money to compensate them. That will mean increased class sizes.

Other schools, like Mojave High School in North Las Vegas, aren’t going to feel the pain to the same degree. Because Mojave gets additional state and federal money to help students in poverty or those who haven’t mastered English, Principal Greg Cole says he will only have to leave two open positions vacant.

He had planned to use the extra money to bring in two new teachers and a second computer technician next year, but now the school will just try to hold steady.

“We’re in a little bit better shape than some schools out there,” Assistant Principal Tim Wells said.

Superintendent Pat Skorkowsky sent a memo to principals last week instructing them to reopen their strategic budgets and make $47 million in cuts to help close a $68 million budget shortfall. The central offices will cut budgets by the remaining $21 million. That’s slightly larger than last year’s budget deficit, which ballooned to $60 million before it was tamed.

The district blames the new deficit primarily on an arbitrator’s decision in favor of the teachers union in a contract dispute. The district is challenging the decision in court but is asking schools to trim their budgets in the meantime.

In other words, the raise for teachers could cause some to lose their jobs.

But principals are reluctant to blame teachers for the current predicament, instead decrying what they see as a broken system of funding education in Nevada.

“Everybody talks about the kids, but until people start making choices at the polling booth that reflect their emphasis on education, nothing will change,” said Kent Roberts, principal of Green Valley High School in Henderson. “… Nobody wants to pay more in taxes, but you have to have money to run an organization.”

Roberts said he’ll likely have to cut seven or eight positions, though he isn’t sure where since he had yet to meet with his school organizational team. Like Palo Verde, Green Valley doesn’t get additional state funding for at-risk students.

In the four years he’s been principal, Roberts estimates he’s lost over 20 positions. Early this year, when he found out he was not going to receive a categorical grant from the state in the fall, he had to cut the four positions that money funded last year.

Roberts said he feels like he’s already cut through flesh and bone, and now is coming out the other side.

“It’s approaching the point of absurdity, that’s as succinctly as I can put it,” he said.

The cuts are also hitting middle and elementary schools hard.

Leavitt Middle School, for example, was set to move to a block schedule in the fall. Under that scheme, students would have attended four classes a day on a two-day rotation, up from the current six classes a day. That would have given students more opportunities for remediation or electives along with more time in core classes like math.

But with $245,000 to cut, Principal Keith Wipperman said he can’t swing the block schedule anymore. Instead he anticipates at least two teachers will be reassigned to other schools.

“I’m losing what I thought was going to be an amazing opportunities for our kids,” he said.

Two of her three schools get Victory funding, one of several state initiatives targeting English language learners and children in poverty. One does not.

That school, the Walter Bracken STEAM Academy magnet school, is consequently being harder hit than Long and Hollingsworth elementaries. She said she had hoped to use Title I funding at Bracken to update the school’s outdated technology, but that’s out of the picture.

From her vantage point overseeing three schools, Decker says it’s clear that the Legislature needs to address the funding disparities.

“Everybody is yelling at us that we’re not using our funding right, but the truth of the matter is we’re not being given enough to manage right,” she said. “It’s about the base and the base is not high enough.”