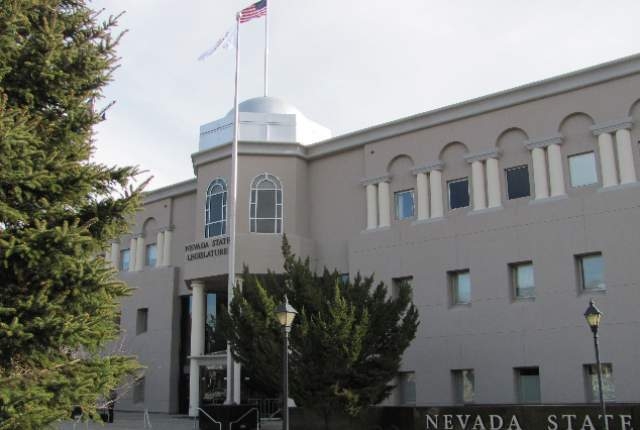 CARSON CITY — A state judge Monday put the brakes on Nevada’s education savings accounts, granting an injunction sought by opponents who said it would drain critical funding resources from Nevada’s public schools and is unconstitutional.

District Judge James Wilson, in a 16-page ruling, said the state constitution requires “the legislature to set apart or assign money to be used to fund the operation of the public schools, to the exclusion of all other purposes.”

“Plaintiff parents have met their burden of clearly proving that there is no set of circumstances under which the statute would be valid …” Wilson wrote. In granting the injunction, he said opponents demonstrated reasonable probability they would prevail at trial.

“We are thrilled with the ruling,” said Tammy Godley, an attorney who argued on behalf of six parents challenging the program. “We think it is so important to the children of Nevada that we maintain our public schools and fund them appropriately.

But the case is not over. An appeal to the Nevada Supreme Court is anticipated. At the same time, Wilson said a trial to consider the merits of the case would be scheduled.

Viewed as the most sweeping school choice law in the country, SB302 backed by the Republican-controlled Legislature and Gov. Brian Sandoval would allow parents to tap the state share of per-pupil funding to help pay to send their children to private or religious schools. The amount averages about $5,100 per year per student.

Under the program to be administered by the state treasurer’s office, the state funding would be placed in education savings accounts set up by parents to then use for tuition, transportation or other educational programs.

He said Wilson’s ruling makes clear that “the best avenue is to obtain an expedited and final ruling by the Nevada Supreme Court.”

“Thousands of parents across Nevada are waiting for an answer,” Sandoval said in a statement.

Treasurer Dan Schwartz last week said more than 4,100 accounts were set up during an early enrollment process. He had hoped to begin funding the accounts in February, but that is now on hold, per the judge’s order.

Schwartz said he was “obviously disappointed” in Monday’s ruling.

“Thousands of students and their distressed parents may see their plans upended,” Schwartz said, adding his office was reviewing the ruling and discussing its legal options with the attorney general’s office.

Aimee Hairr, a Henderson mother who applied for early enrollment for her children, was shocked by the ruling.

“It’s pretty devastating,” she said. “We pretty much changed everything for this program.”

Hairr pulled one of her children out of private school and placed the child in a charter school to meet a rule that requires students be enrolled for 100 days in publicly financed schools to be eligible for the accounts.

“This is pretty much an earthquake for me,” she said. “I had my son leave his private school so he could get his 100 days … It’s pretty shocking.”

During a hearing last week, Godley said Clark County schools would take a $17.5 million budget hit based on early applications and the amount will grow as more parents opt into the program and more students become eligible.

Nevada Solicitor General Lawrence VanDyke, arguing on behalf of the treasurer’s office, countered during oral arguments that the state constitution authorizes lawmakers to encourage education “by all suitable means.”

He also said the thousands of parents who have signed up for the program would be harmed if the court blocked it.

But Wilson said the “irreparable harm” to students in Nevada outweighs the interests of the state treasurer and others.

Attorney General Adam Laxalt took heart that the ruling sided with the state on some issues, even though the judge found in favor of the ESA opponents and blocked implementation of the program.

“We are reviewing the order … and considering our legal options to ensure that Nevada’s parents receive the educational funds they are entitled to,” Laxalt said.

Two other lawsuits also are pending. The American Civil Liberties Union of Nevada is challenging the law on grounds is violates constitutional prohibitions on using taxpayer money for sectarian purposes. Many private schools are run by religious organizations.

And Lt. Gov. Mark Hutchison, acting as a private lawyer, filed a lawsuit in December on behalf of some parents seeking an expedited ruling from a judge that ESAs are constitutional. Hutchison drew the ire of Laxalt and Schwartz, who said the third suit would jeopardize their defense in the two other pending cases.