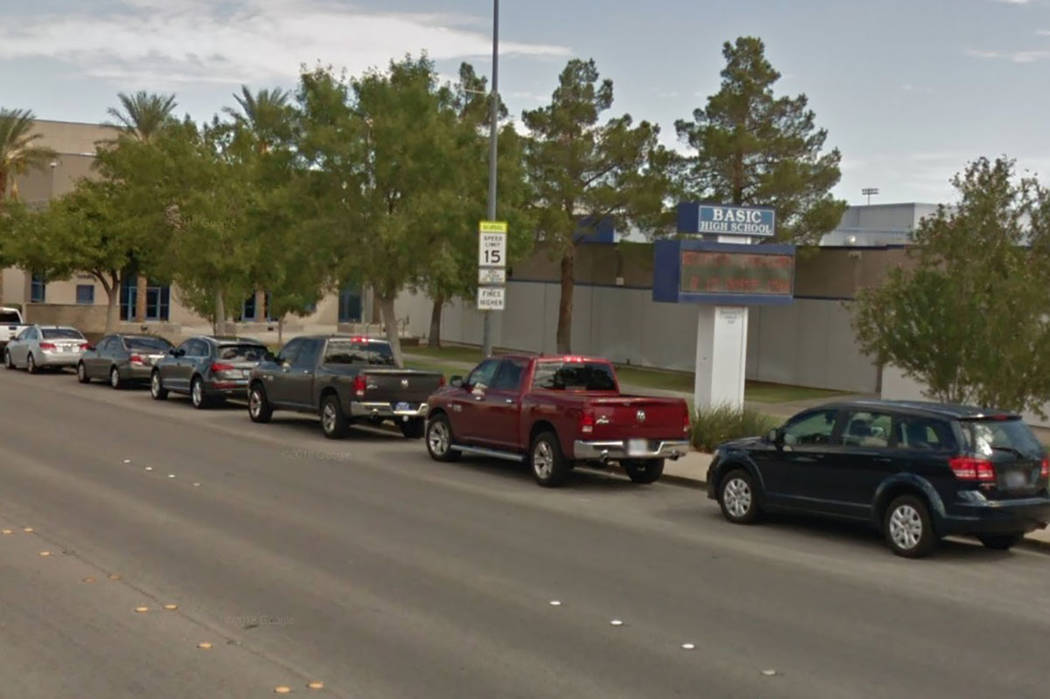 Two Basic High School students were arrested last week after a fight almost broke out at the Henderson school.

Both the male and female suspects, whose names are not being released because they are juveniles, will face charges of provoking a breach of peace, obstruction, resisting, damage to school property and two counts each of battery on a protected person.

There were no reported injuries to the students. Morales said staff members were injured, but he would not discuss the types of injuries.

“They’re victims at this time,” he said. “We’re not releasing any of that information at this time.”

The motive for the fight is still under investigation, but Morales said there is no evidence linking the fight to an off-campus robbery of two female Basic High School students Thursday morning. Henderson police arrested two males in that incident, including one juvenile student at the school. The stolen property was recovered and returned.

The accidental discharge happened when the student sat on the canister. The student’s classroom and an adjacent one were temporarily cleared so the area could ventilate, school district officials said.

Any students who reported breathing issues Thursday were seen by the school nurse. Mace is not allowed on campus, and the matter is being handled by the school administration.