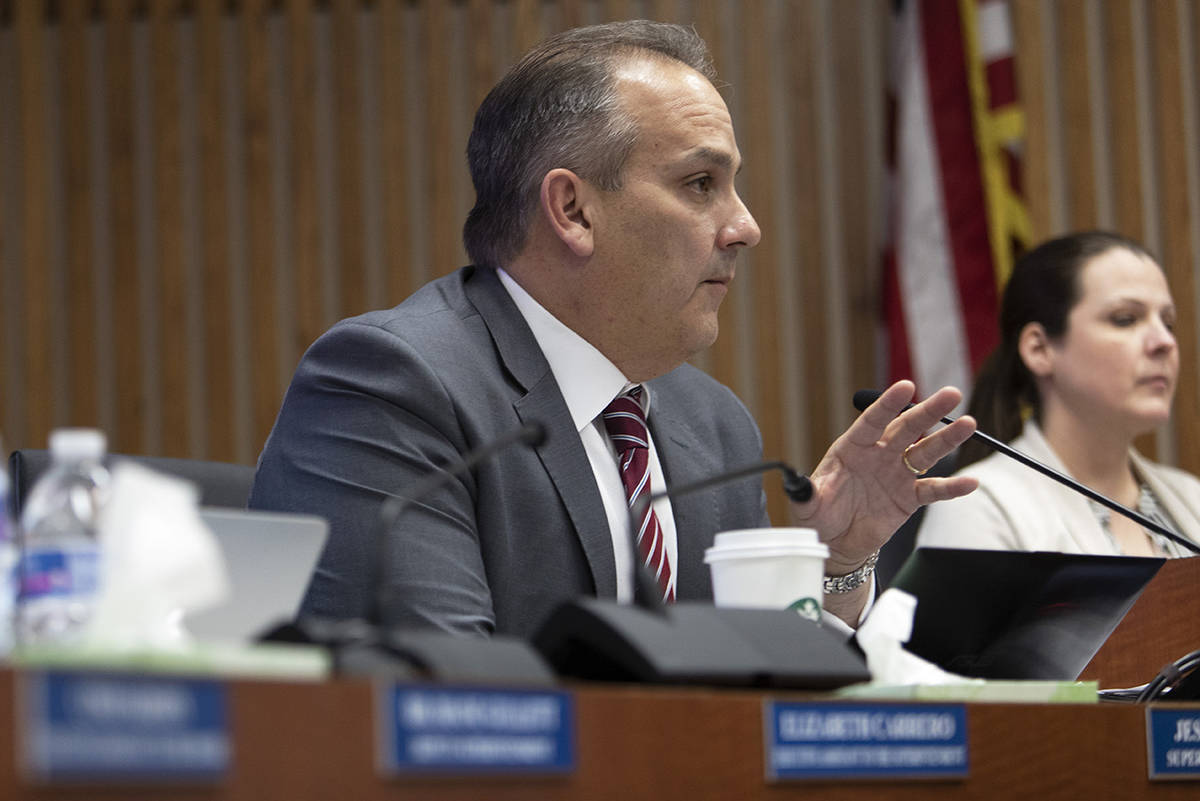 A fight over who gets the final word in hiring teachers is headed to court, with a recent lawsuit by the Clark County School District principals’ union charging that the district has violated the reorganization law that put that power in the hands of schools.

The administrators’ union says in the lawsuit that the district has ignored the provisions of the reorganization law codified in Nevada Revised Statutes 388G by placing teachers at schools without principals’ consent, often upending the latter’s own hiring plans for open positions.

The notion is challenged by the teachers’ union, which says principals are obligated to fill vacant spots with qualified educators who become available through the district’s surplus process, rather than with substitutes or outside candidates awaiting licensure.

The school district does not comment on pending litigation, representatives said.

The lawsuit filed on Oct. 8 names the district and Superintendent Jesus Jara as respondents, and gives five examples, provided by principals, of the district placing teachers in vacant positions rather than allowing the principal to choose or retain their preferred candidates. In some of these examples, the lawsuit says the teachers placed by the district had low effectiveness marks, while in other examples, placed teachers supplanted candidates the schools wanted to employ.

The justification the district used in many of these cases, according to the lawsuit, is that the schools’ preferred candidates were substitutes, and NRS 388G includes language that to the greatest extent possible, principals will “select teachers who are licensed and in good standing before selecting substitutes” to teach at schools.

But the lawsuit argues that this provision is a good-faith agreement only.

The district’s so-called teacher lottery, in which teachers who have been displaced from one school due to low enrollment can look for employment at another as long as they’re qualified and not subject to probation, does not have a basis in state law, it says.

In some examples provided by the lawsuit, schools hired their preferred candidates as substitutes while the candidates were awaiting their licensure or completing student teaching.

“The Nevada Legislature’s command to transfer powers from CCSD to the schools flows only one way,” the lawsuit states. “Nothing in the law allows CCSD to reclaim the express right of teacher selection from the schools, including when a substitute is placed at the school.”

This year, with an enrollment drop of more than 12,000 students tied to the COVID-19 pandemic, more teachers will be displaced, the lawsuit argues, leading to more unwanted placements at schools.

‘We had the rug pulled out’

Tam Larnerd, principal of Spring Valley High School, said he believes principals should be committed to giving all teachers in the surplus pool a fair opportunity at open positions. He added that the cost-savings for hiring a substitute instead are minimal in the grand scheme of the multimillion dollar budgets some schools juggle.

“The argument that principals are somehow trying to game the system by using long-term substitutes doesn’t hold water in these situations,” said Larnerd, who provided one of the examples in the lawsuit. “We had the rug pulled out from not just us but but from the qualified people we planned to hire.”

While the reorganization law was intended to decentralize power and authority, some groups continue to resist that mandate, Larnerd said.

As of Oct. 1, there were 65 teachers in the surplus pool and 387 teaching vacancies. The district has 482 substitutes filling vacancy positions and an additional 129 filling long-term absence positions, representatives said Thursday.

The Clark County Education Association Executive Director John Vellardita characterized the lawsuit as an overreach by a small group of administrators who have taken the reorganization law to mean they have absolute authority over the budgets and hiring decisions on their campuses.

Ultimately, the school district as the employer is responsible for hiring a pool of candidates from which principals can select for positions, he said.

“The public should be outraged that these principals are not hiring qualified licensed professionals and they’re filling them with substitutes instead,” he said.

The definition of effective is based on the Nevada Educator Performance Framework, with an effective rating meaning that a teacher has met certain metrics, he said.

Vellardita said the union plans to push for a narrower definition of the reorganization law either through this court case or at next year’s legislative session. While the union is supportive of the principle of local control behind AB 469, Vellardita said the law has had two major unintended consequences: qualified teachers — often older women — facing discrimination at schools, as well as schools using the money saved from hiring lower-paid candidates to build nest eggs of hundreds of thousands of dollars.

“That’s not what the law was ever intended to do,” he said.