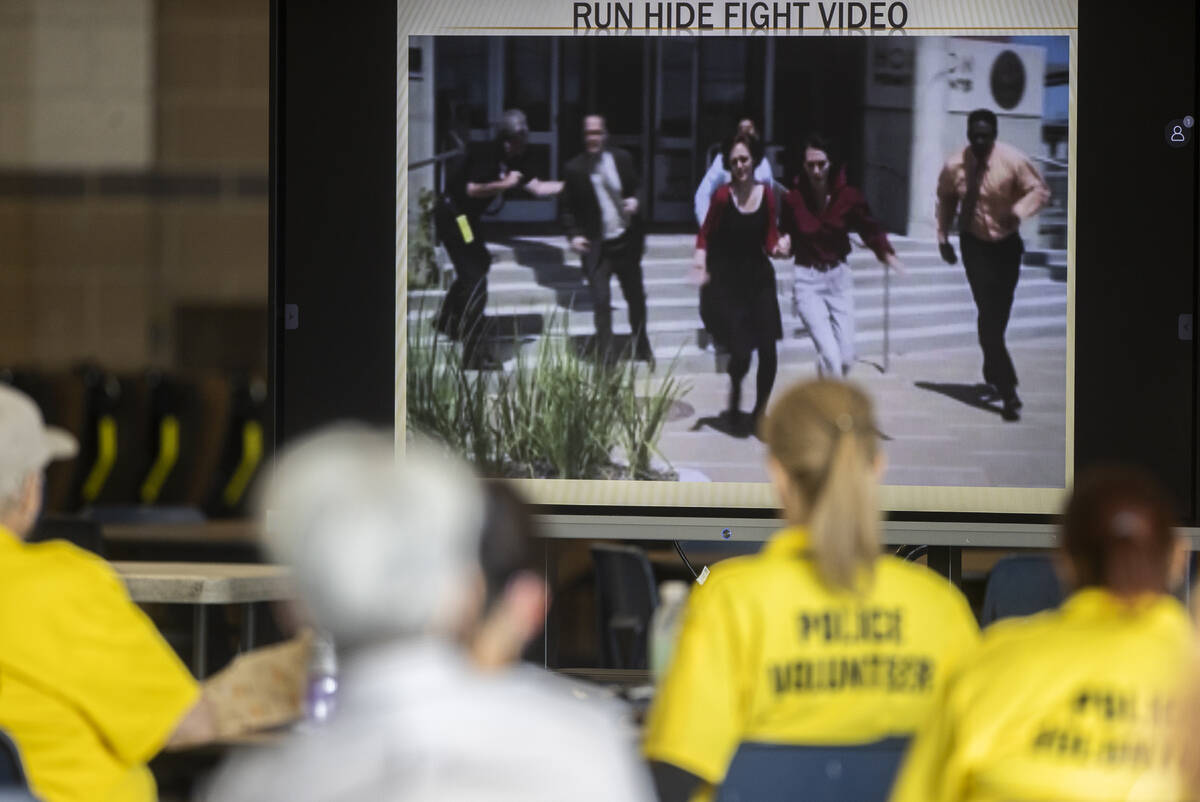 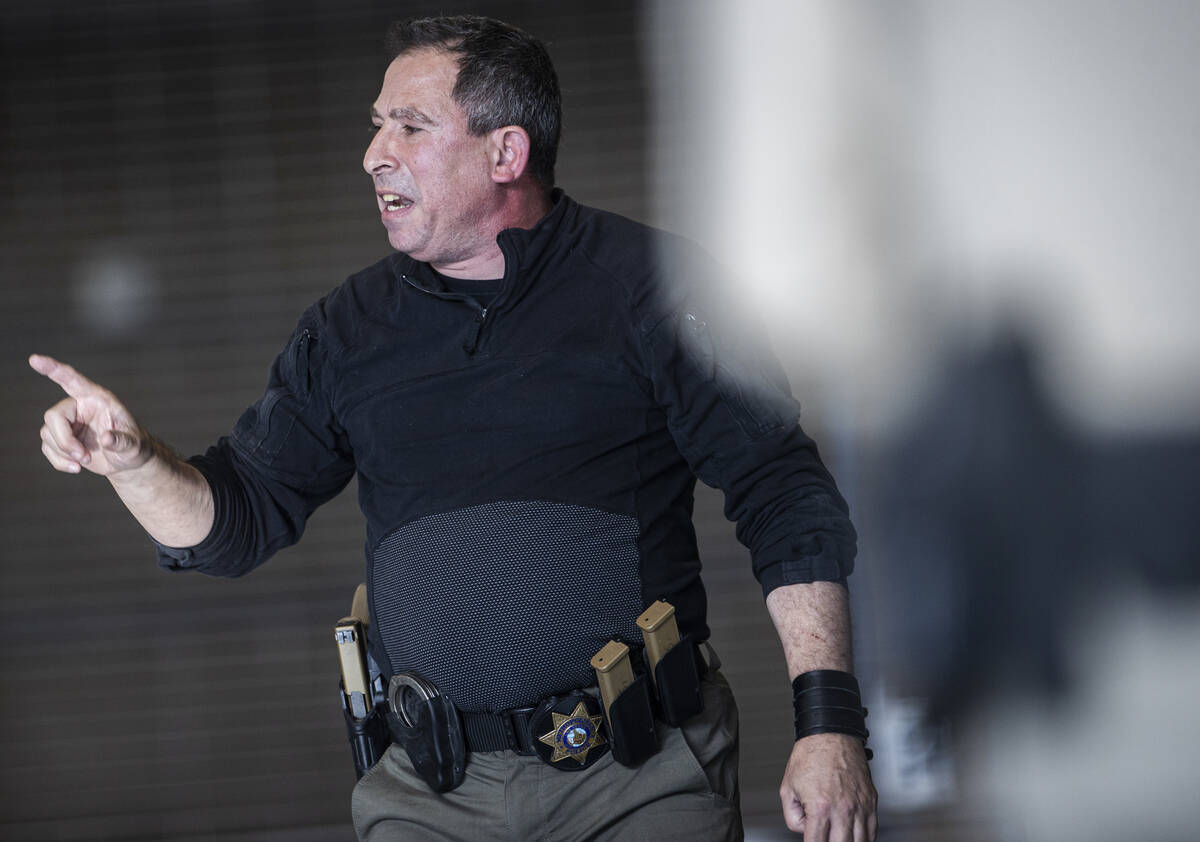 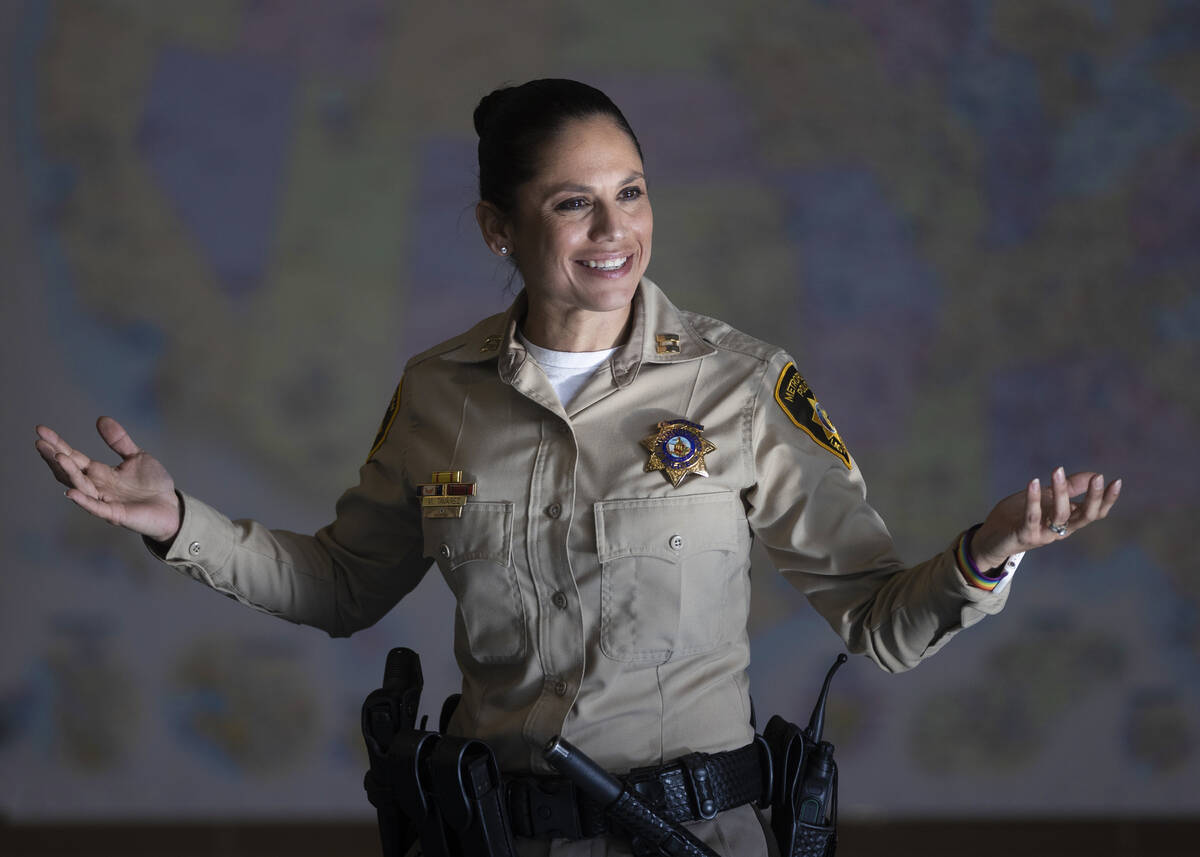 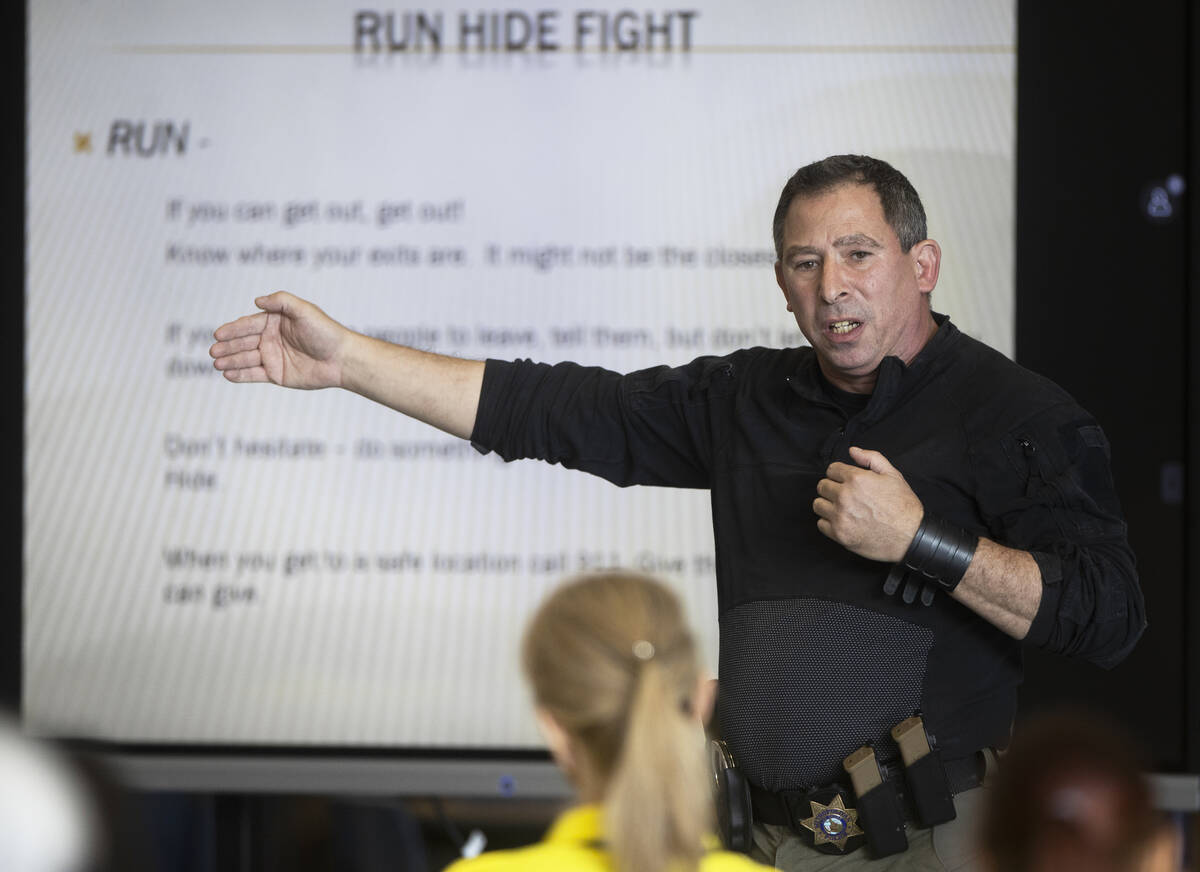 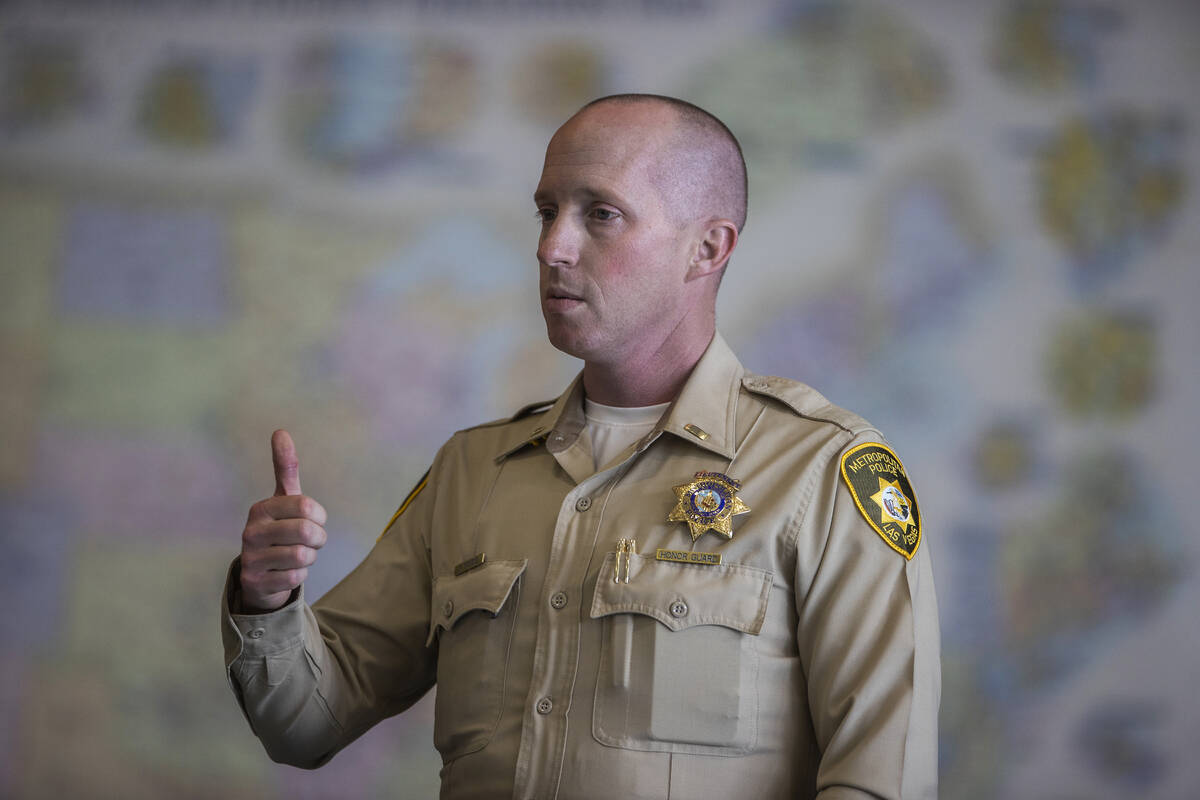 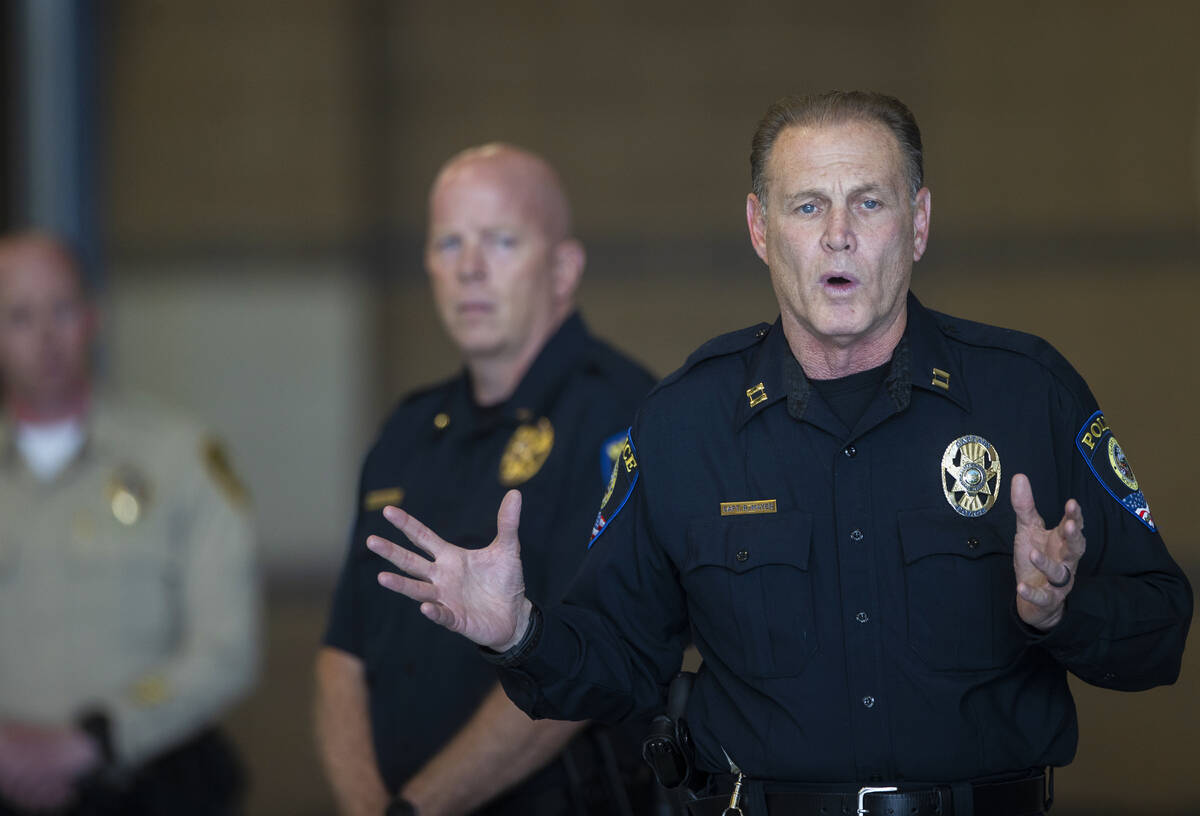 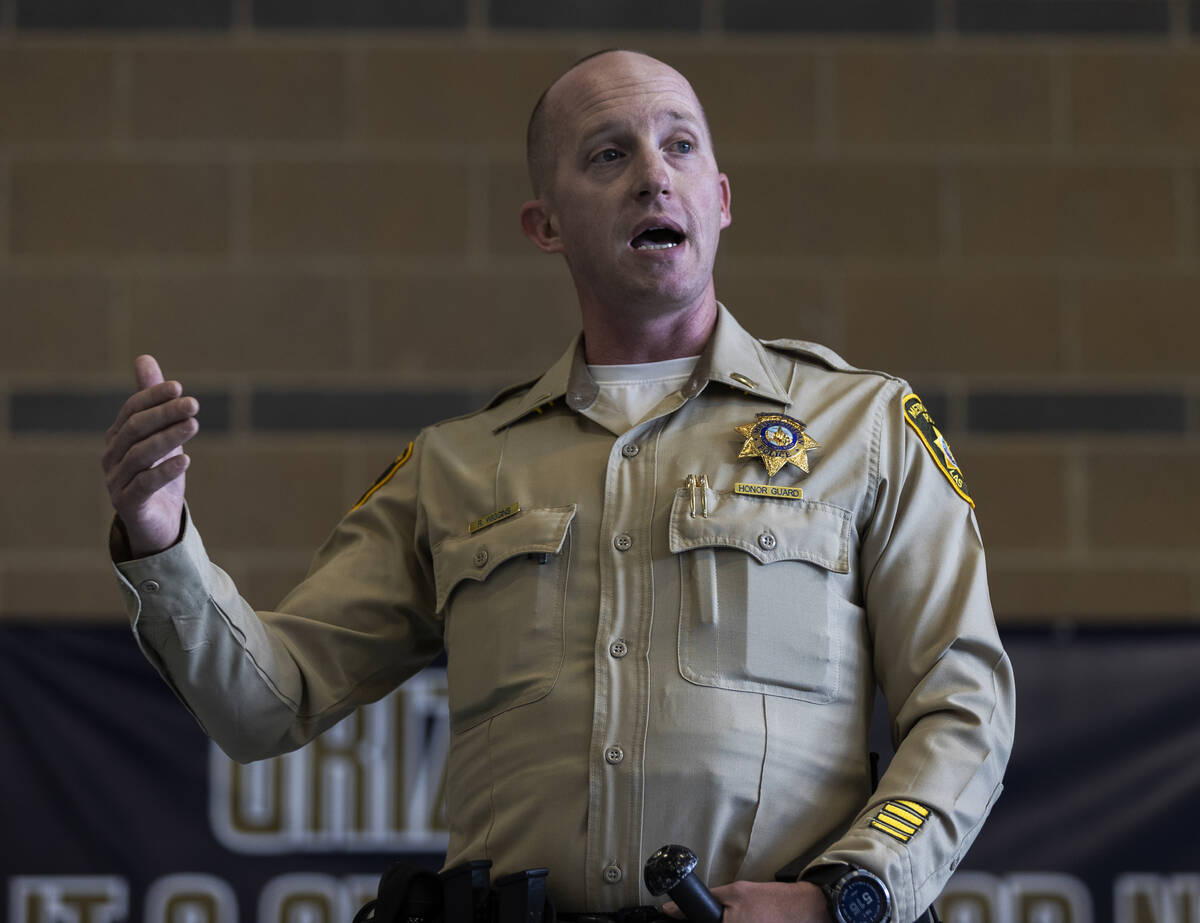 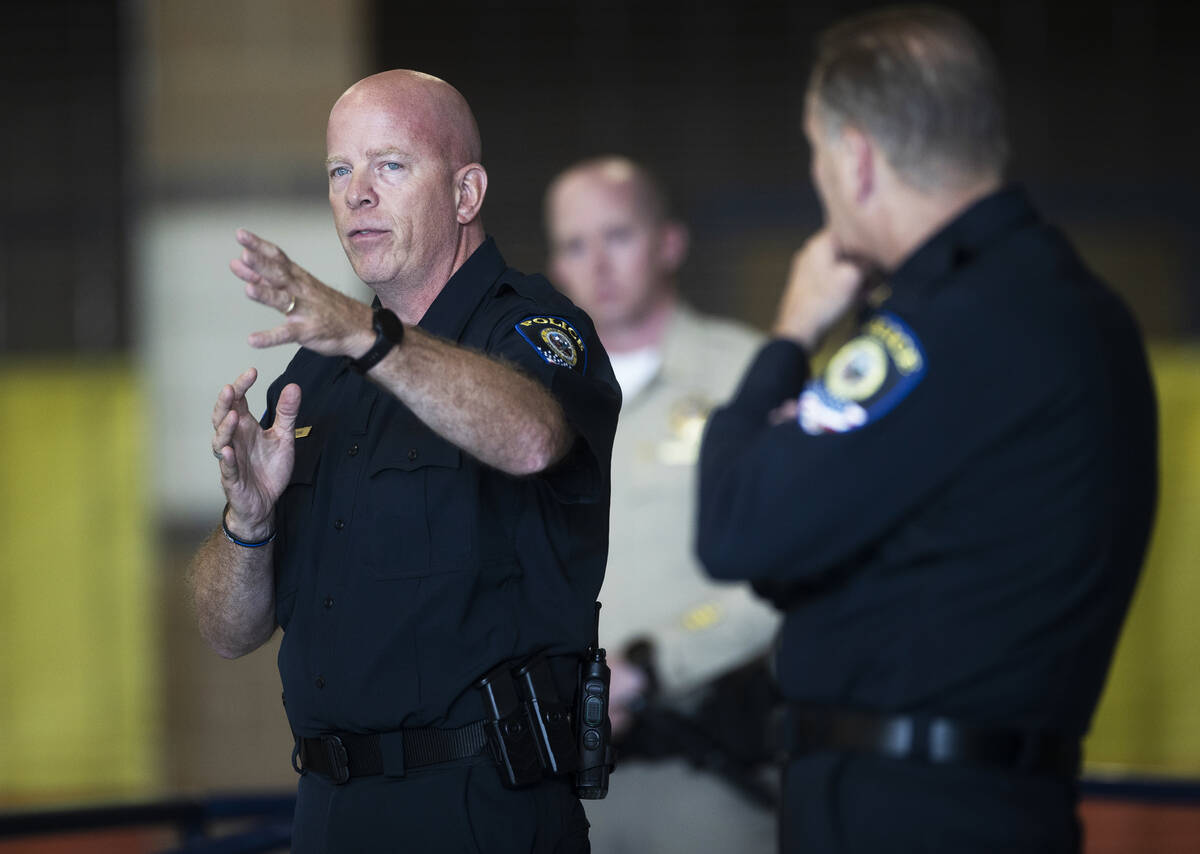 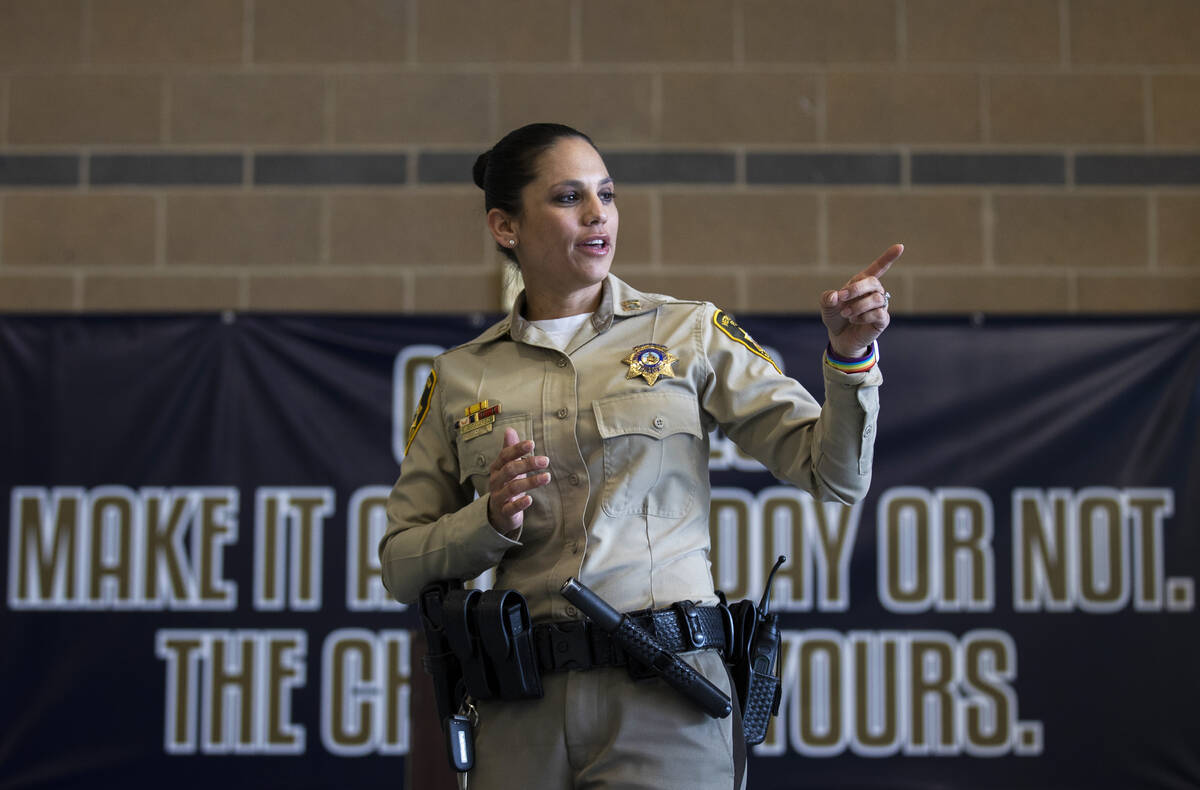 On the heels of national conversations around mass shootings and as Clark County schools have seen an uptick in violence, Sheriff Joe Lombardo said Tuesday he supports allowing teachers to carry firearms on campus if they have received training on how to use them.

While a 2018 Gallup poll found that nearly three-fourths of teachers oppose training teachers and staff to carry guns in schools, the debate over arming teachers has reopened in the wake of the deadly school shooting in Uvalde, Texas.

“I would support that with training, if and only when they received appropriate training,” Lombardo, who is running for governor, said in an interview Tuesday with the Las Vegas Review-Journal. “I would not mandate it. I would put it on a volunteer basis.”

Lombardo’s comments come two weeks after 19 children and two adults were slain by a lone gunman at Robb Elementary School in Uvalde. The Clark County School District also has struggled with deterring on-campus violence — violence that culminated in the brutal beating and sexual assault of a teacher at Eldorado High School this year.

In recent weeks and in response to the violence, the district announced new safety measures, including increased police presence at schools and instant alert systems for employees to call for immediate help or to trigger campuswide emergency lockdowns.

Under Nevada law, anyone with written permission from a school principal may carry a weapon — including guns — at a private or public school or child care facility.

John Vellardita, executive director of the Clark County Education Association, said Tuesday that educators in the county have not advocated for guns in classrooms.

But it’s a proposal that Republicans have gravitated to once again after Uvalde.

Three of Lombardo’s opponents in the Republican gubernatorial primary — former U.S. Sen. Dean Heller, North Las Vegas Mayor John Lee and venture capitalist Guy Nohra — also said Tuesday that they think teachers should be allowed to arm themselves while at school, so long as they receive proper training.

“Just the illusion that teachers might be armed could prevent a lot of those people from entering those schools thinking they are the only gun on campus,” Lee said.

The campaign for Democratic Gov. Steve Sisolak, who is running for re-election, criticized the idea of arming teachers.

“Teachers are overwhelmingly against having guns in the classroom — which is not an effective solution to reduce violence — and turning our schools into prisons is not the right answer to keep our students safe. This is another out-of-touch proposal from a failed Sheriff who has spent more time campaigning than protecting Nevadans from rising crime rates,” Sisolak’s campaign spokeswoman Reeves Oyster said in a statement.

At a community event Tuesday at Spring Valley High School, Las Vegas police officials offered tips for staying safe in the event of a shooting.

Afterward, parent Ashley Derosier said she did not know if she would be comfortable with the notion of armed teachers.

“If you give them a weapon in the school, and something happens, who’s to say they’re going to make the right call?” said Derosier, the mother of a 7-year-old.

“When it comes to arming teachers, I think that’s a much more difficult prospect,” Jones said. “It could create as much danger in the classrooms as it might prevent.”

District officials have said in recent weeks that they would enforce and fund one point of entry on school campuses, including those with open layouts and multiple points of entry.

“One point of entry and exit,” Lombardo said. “Sometimes that is hard to do because you have to have kids moving about the campus on a regular basis, going from class to class or program or whatever. How do you address that?”

Vellardita said that all points of entry on school campuses should be secure, but he cautioned against a “cookie cutter” approach throughout the district.

A single point of entry may be impractical and pose even more dangerous circumstances for a high school with 5,000 students, whereas it may work at an smaller elementary school, he said.

“We are probably to the point in our lives where our schools need magnetometers where we check even the kids walking in and out,” Lombardo said.

Following the attack on the teacher at Eldorado, school police asked for their partners in the Las Vegas, Henderson and North Las Vegas police departments to show an increased presence in and around schools.

Vellardita acknowledged that school police are understaffed and that there isn’t an officer at every building. Schools with higher incidents of violent behavior, or that have a history of criminal activity, should be prioritized when it comes to staffing, he said.

Lombardo did not specify how Clark County schools could pay for more officers and security measures.

“There is no reason why we can’t target harden the internal makeup of the schools: safety glass in areas of vulnerability that the public has access to or even the ability for teachers to lock their doors magnetically and prevent anyone from coming in without them actually opening the door,” the sheriff said.

“Those kinds of things. There are a few things that cost money especially in a school district this size to implement, but I think we should chip away at it in doing the right thing.”

Heller and Lee also said more needed to be done to secure schools, and they agreed with limiting entry and exit points.

But Heller said the state needs to go further, and he wants to see state troopers deployed to school campuses if necessary.

Nohra said he wants to start a separate marshal program, similar to the airline federal marshal program, that would report to the state Department of Public Safety. School marshals would monitor and respond to issues.

Gilbert pointed to his campaign platform to address school violence, which includes establishing a 24/7 hotline where teachers would identify themselves and report school abuse.

The plan also calls for opening school campuses to public observation, and allowing parents and other adults to make “unannounced visits to campuses and classrooms anytime,” so long as they show valid identification.

Vellardita said that identifying and seeing the signs of potentially troubled students dealing with mental health issues would require extreme resources, training and human capital — an investment that needs to come from both Clark County and Carson City.