If you are having problems accessing today’s e-Edition, please click on this link VIEW E-EDITION
By Amelia Pak-Harvey Las Vegas Review-Journal
November 29, 2018 - 10:16 am 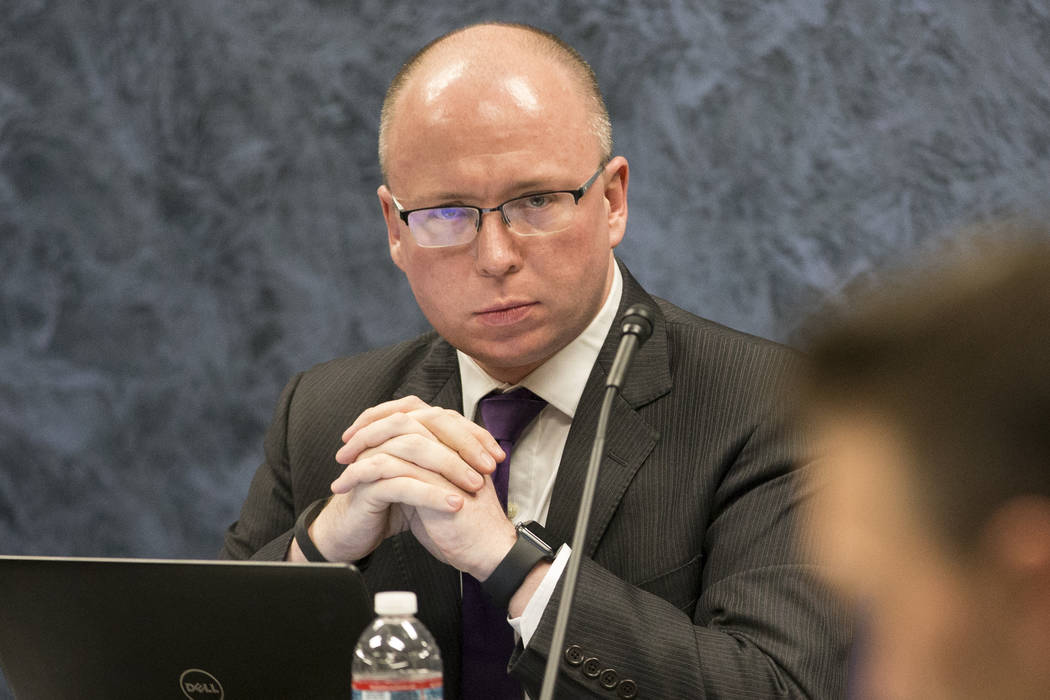 A national public school choice group is asking the Nevada attorney general’s office to investigate whether the head of the State Public Charter School Authority violated state law. The request comes just weeks after he submitted his resignation amid concerns about his truthfulness and transparency.

The National Coalition for Public School Options sent a letter Tuesday alleging that charter authority Executive Director Patrick Gavin had an “improperly close relationship” with the National Association of Charter School Authorizers and went on a Washington, D.C., trip paid for by the group.

He did so at a time when the authority was soliciting a request for proposals for business consultation services, a contract that NACSA eventually landed, according to the letter.

The national authorizer group provides insight and policy guidance for state authorizing bodies that grant approvals for the creation of charter schools.

The letter also alleges that Gavin served as a member of a working group for the association and was nominated to its board of directors shortly before the authority released the request for proposals.

State law requires the executive director to get approval from the authority before serving in such roles.

Gavin, who submitted his resignation on Nov. 2 and will depart the office on Dec. 28, declined to comment on the letter.

Charter authority Chairman Jason Guinasso also declined to discuss the letter but said in an email that he was not aware that Gavin was nominated to the NACSA board and served on a working group.

“I can also say that the NACSA board position and the working group are subjects that have never been brought to the board as a whole for review and discussion,” he said.

The coalition bringing the complaint advocates that parents know the best educational options for their children. It also lobbies for online charters, according to a February report by NPR. NACSA and the Public School Options coalition have different charter-school philosophies.

The latter has watched as the authority has taken a tougher stance on failing online charter schools, particularly Nevada Connections Academy and Nevada Virtual Academy.

In a statement, NACSA President and CEO Greg Richmond said the complaint is just retribution for the authority’s efforts to hold failing schools accountable.

“The corporations behind this complaint targeted Mr. Gavin because he was part of a task force that recommended improving oversight of the schools these companies run,” Richmond said. “These are the virtual school companies, like the one who owes taxpayers in Ohio $80 million for falsifying student enrollment.”

Kristen Forbriger, a spokeswoman for NACSA, said the group is committed to transparency and compliance and is reviewing the complaint.

The coalition has also filed a complaint in Carson City District Court, seeking public records that the authority failed to turn over.

Emails obtained by the Review-Journal through a public records request show that the relationship between Gavin and Guinasso soured in the weeks leading up to the former’s resignation.

In an Oct. 25 email, Guinasso told Gavin that he could not be more “disappointed and dismayed” over the presentation he had given to the Interim Finance Committee that day.

In that meeting, legislators expressed concern that the authority was not conducting evaluative visits to charter schools. A staff member told the committee that they were not doing so because the board had directed staff to revise the performance framework used to evaluate schools.

“(The staffer) essentially blamed the board for staff not doing school site visits,” Guinasso wrote. “I had no idea you were not doing site visits as required by the Legislature! This has never been an issue discussed with me in private or in public as an issue brought before the board.”

Guinasso highlighted other issues with Gavin’s performance, saying that he had been asking him to get the performance framework revised for over a year.

The chair sent another email to Gavin on Oct. 28 confirming a meeting between the two.

“Given the gravity of the issues that need to be discussed relative to what was represented to the (committee), I think it is important that you, vice-chair (Melissa) Mackedon and legal counsel (Ryan) Herrick be a part of our meeting,” Guinasso wrote.

Gavin also declined to comment on the emails. Guinasso said in an email that he can’t say when trust issues began between the two.

“At the time Director Gavin was up for reappointment last year, I did not have the information I have today and did not have the concerns I have had about transparency, communication and trust,” he said. “As I have attained more knowledge and information, I began asking more pointed questions and began expressing my concerns more directly in board meetings and in private.”

A spokeswoman for the attorney general’s office did not return a request for comment.