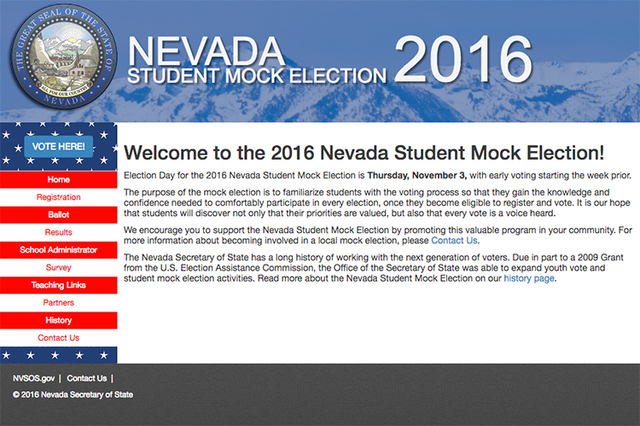 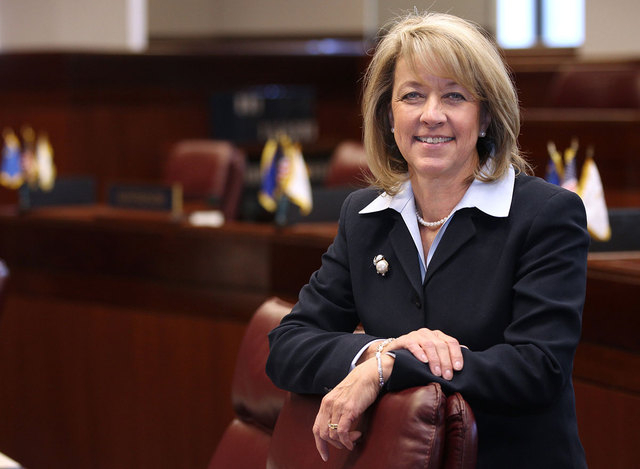 Nevada Secretary of State Barbara Cegavske has launched a new website that lets students who are too young to vote learn about the election process and cast mock votes.

The website for the 2016 Nevada Student Mock Election is youthvote.nv.gov. The interactive site is open to youth groups from a variety of backgrounds, include public and private schools, homeschoolers and community organizations.

The website won’t play a role in determining if Hillary Clinton or Donald Trump become president, but it’s intended to prepare students for the voting booth when they’re old enough to participate.

Registration is free and there are activities for students leading up to the Student Mock Election Day on Nov. 3.

Registration for the 2016 Nevada Student Mock Election begins Sept. 1. To get a reminder when registration opens, email your name, group and email address to MockElection@sos.nv.gov.

To learn more, visit youthvote.nv.gov or contact program staff at 775-684-5705 or MockElection@sos.nv.gov.