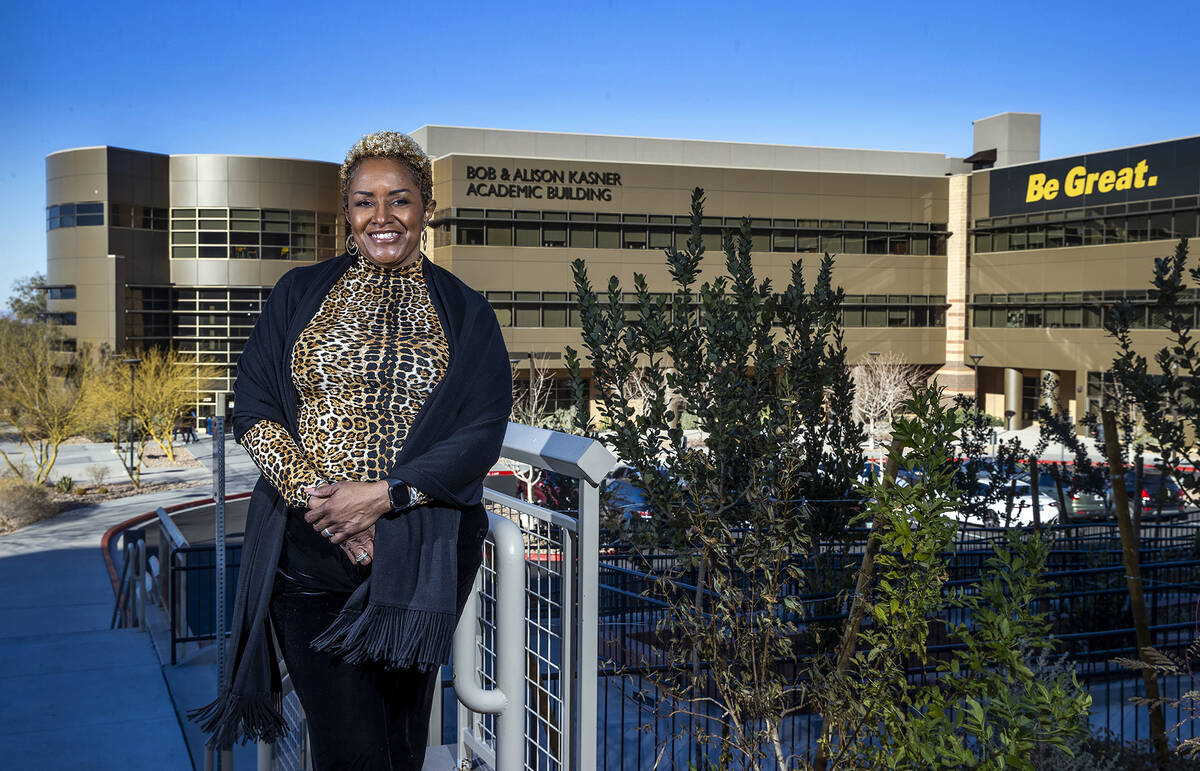 The Henderson college wants to become “Nevada State University” — a change, if approved, that would take effect in July.

During a meeting at Great Basin College in Elko — which also was streamed live online — some members of the Board of Regents said they support the concept but need more information about topics like state code changes and accreditation.

Nevada State College President DeRionne Pollard told regents she wanted to make something clear: “We have no aspiration to become a research institution in this state.”

Pollard also said Nevada State has no intention of increasing tuition or fees, noting it wants to remain affordable and accessible.

“We don’t want to be somebody else,” she said. “We know exactly who we are.”

Acting Chancellor Dale Erquiaga said state code uses “state college” in a number of places but doesn’t specifically reference Nevada State. There are also board handbook references that would need to be changed.

A briefing paper posted online states: “To be clear, the Chancellor’s Office has no objection to the changing of the name of the college to Nevada State University. However, there are significant ramifications that must be considered with this name change.”

Without any revisions to state law, the name change could affect faculty and staff salaries, student tuition and admissions standards, according to the paper.

The chancellor’s office recommendation — which appeared on Friday’s agenda as an information-only item — is to find a bill sponsor for the 2023 legislative session seeking to amend state law to define “state college” as Nevada State, as well as define “community college” and “university” to mean specific schools.

Nevada State, which opened in 2002 and has more than 7,200 students, offers bachelor’s degrees. It also offers a master’s degree in speech-language pathology.

Pollard said some business leaders don’t know the difference between Nevada State and the College of Southern Nevada, a community college.

Across the western U.S., about 95 percent of similar four-year schools already use “university” in their names, according to online meeting materials.

Pollard said the college will use private money to cover any expenses associated with a name change, but due to technology, most changes will be a “computer keystroke change.”

She previously told the Las Vegas Review-Journal that more than 7,400 alumni would be issued a new transcript and diploma with the new school name. But on Friday, some regents questioned whether the school would be allowed to do that.

Regent Jason Geddes said he loves Nevada State and understands the desire to move forward now with a name change. But he said he’s “far more cautious than that.”

He said he would support the name change at a future date. But without changes to state code, he said, “whatever changes we make won’t mean much.”

The board also received about 100 pages of written public comments in support of the change.

Nevada State student government leader Amiyah Henly said she’s a future teacher of color and shouldn’t have to face another barrier on her resume when applying for jobs based on the school’s name.

Bart Patterson, president of Nevada State for nearly 10 years until 2021, said the name change effort started about three years ago.

He said the effort stalled during the COVID-19 pandemic, but it’s now the right time to move forward.

“Henderson deserves to have a public university associated with its name,” Patterson said.

A couple of public commenters on Friday, though — including someone representing more than 200 residents who live in rural Henderson near the college — said they were opposed to a name change.