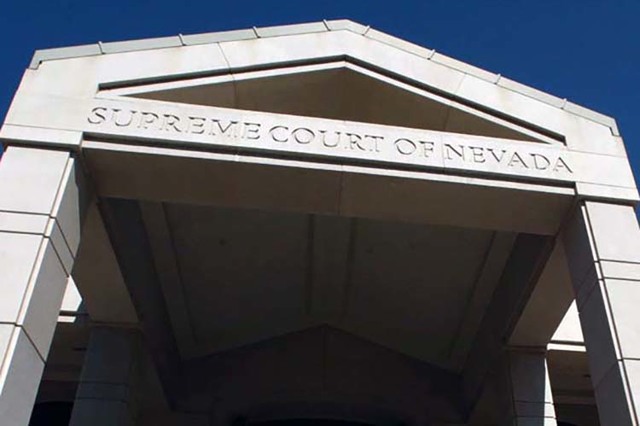 CARSON CITY — The Nevada Supreme Court on Thursday struck down the state’s education savings account law, ruling that while the premise of using taxpayer money for private education was constitutional, the method used to fund the ESA program was not.

The high court ordered a permanent injunction against the law — viewed as the most sweeping school choice legislation in the country — that was passed last year on a party-line vote by the Republican-controlled Legislature.

GOP legislators who had championed the law pledged to establish a separate funding account and called for Gov. Brian Sandoval to include the ESA program on the agenda for an anticipated special session next month. That session, which Sandoval is expected to convene between Oct. 7 and Oct. 13, already was set to consider financing for a stadium in Clark County and an expansion of the Las Vegas Convention Center.

But late Thursday the Republican governor signaled the issue of funding ESAs should be addressed by the 2017 Legislature when it convenes in February.

“Although the court found the current funding mechanism for Education Savings Accounts unconstitutional, there may be a path for a legislative solution,” Sandoval said. “However, such a solution is complex and must be well thought out to meet constitutional muster.

“I am still reviewing the full decision … and it would be premature to speculate on the proper method to administer and fund this important program,” he said. “I also believe it is important to consult with legislative leadership on this issue as we approach the 2017 legislative session.”

In its 33-page opinion, the court held that the Nevada Constitution does not limit the Legislature’s discretion to encourage other methods of education. Additionally, it said funds placed in education savings accounts belong to parents and are not “public funds,” therefore ESAs do not violate a prohibition against using public money for sectarian purposes.

But justices said lawmakers cannot divert money authorized specifically for public schools to be used for private educational programs such as tuition at parochial schools. The use of Distributive School Account funding for ESAs “undermines the constitutional mandates“ to fund public education, the court said.

Justices Michael Cherry and Michael Douglas issued a separate two-page opinion. They agreed with the overall ruling, but dissented in the conclusion that funds for ESAs are not public and argued that issue required further lower court proceedings to determine.

Both sides in the cases claimed the ruling as a victory.

Nevada Attorney General Adam Laxalt hailed the opinion as “a landmark win” that can be fixed by setting up a separate funding account for the program.

“Fortunately, the Supreme Court has made crystal clear that ESAs are constitutional and that the Legislature can fix this funding technicality and allow for the implementation of ESAs statewide,” he said.

State Sen. Scott Hammond, the architect of the ESA legislation, expressed disappointment in the ruling but said it was based “on a narrow technical ground that can be easily corrected through legislation.”

State Treasurer Dan Schwartz, whose office was charged with administering ESA accounts — about 8,000 had been opened through summer — called the ruling a “step in the right direction for Nevada families,” but added a cautionary postscript.

“However, if our office can’t distribute funds to the 8,000 applicants, then all the discussion on ESA’s constitutionality is for naught.”

Sylvia Lazos, policy director at Educate Nevada Now, which opposed the law, said her organization is grateful the court “agreed with Nevada parents and the voucher law has been stopped, so critical resources won’t be taken from our already underfunded public schools.”

Tod Story, executive director of the ACLU of Nevada, also hailed the ruling. “It halts the program in its entirety and stops the state from taking funds earmarked for public education and using them for vouchers that support private and religious schools that indoctrinate and discriminate,” he said.

Carson City District Judge James Wilson in January issued an injunction, putting the law on hold. Wilson sided with a group of parents who argued it illegally diverted money from an education account mandated by the constitution to go exclusively to public education.

In Southern Nevada, Clark County District Judge Eric Johnson in May rejected challenges filed by the American Civil Liberties Union on behalf of another group of parents who argued the constitution prohibits use of taxpayer money for sectarian purposes. Many private schools are run by religious organizations.

Johnson agreed with the state, ruling that the program was “neutral with respect to religion” because parents — not the state — decide how they will use the funding.