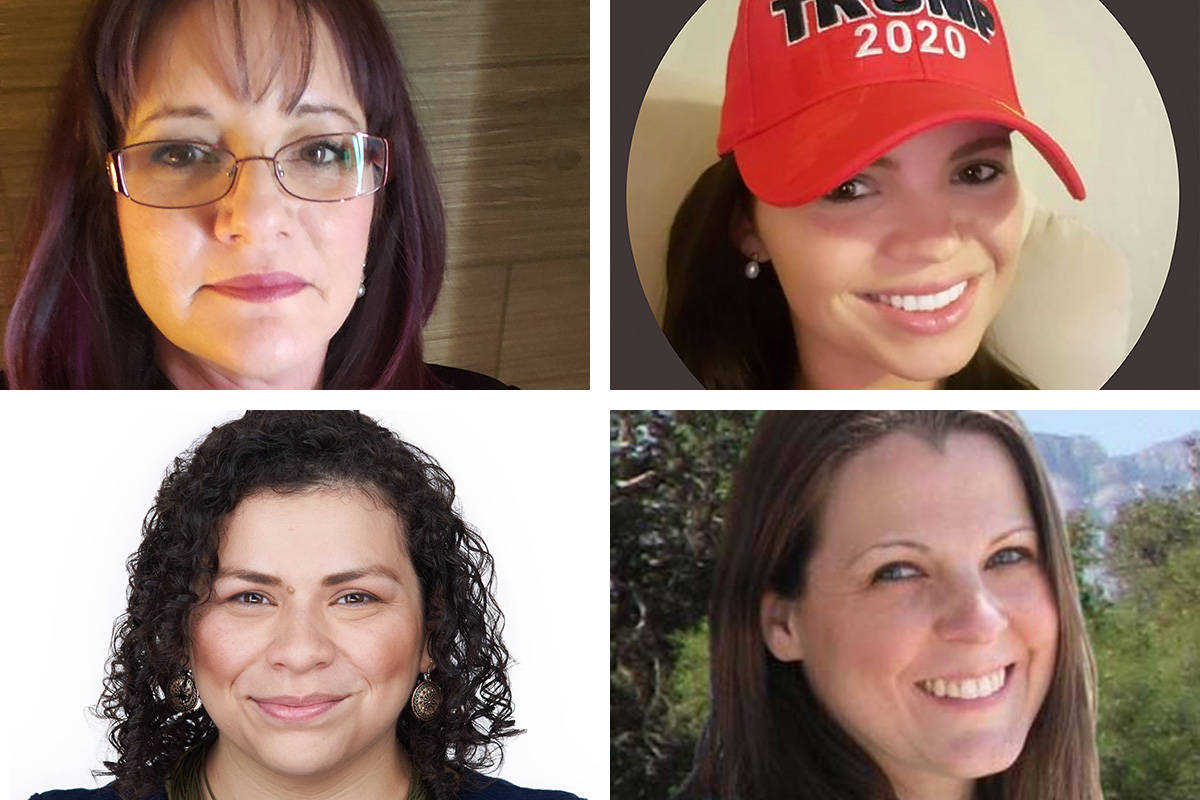 Three new Clark County School Board members and one returning trustee took their oaths of office on Monday ahead of their four-year terms governing the fifth-largest school district in the nation.

Newly elected trustees Lisa Guzman, Katie Williams and Evelyn Garcia Morales joined incumbent Lola Brooks on the School Board just 10 days before the governing body is set to hear a plan to reopen school buildings after they were closed in March because of the COVID-19 pandemic.

■ Williams, an Army National Guard veteran known for her vocally conservative views, who represents the District B area including parts of north and east Las Vegas.

On Jan. 14, the school district is expected to present a plan to reopen buildings for its youngest students, along with a memorandum of agreement with the teachers union in support of the proposal. If the board approves it, schools could welcome students back by early February, Superintendent Jesus Jara has said, though no timeline has been set.

The majority of trustees have indicated that they intend to wait to see the revised reopening plan before committing to a vote. When a version was presented in November, the board held off on a vote, citing a need for more information to be addressed by district staff.

Beyond reopening schools, this board will also likely vote on a renewal of Jara’s contract this year, and preside over the district’s budget amid the economic effects of the pandemic. The board is in the midst of governance training after a tumultuous year that deepened divisions among its members. Its work will start with a meeting Wednesday morning to elect new officers.