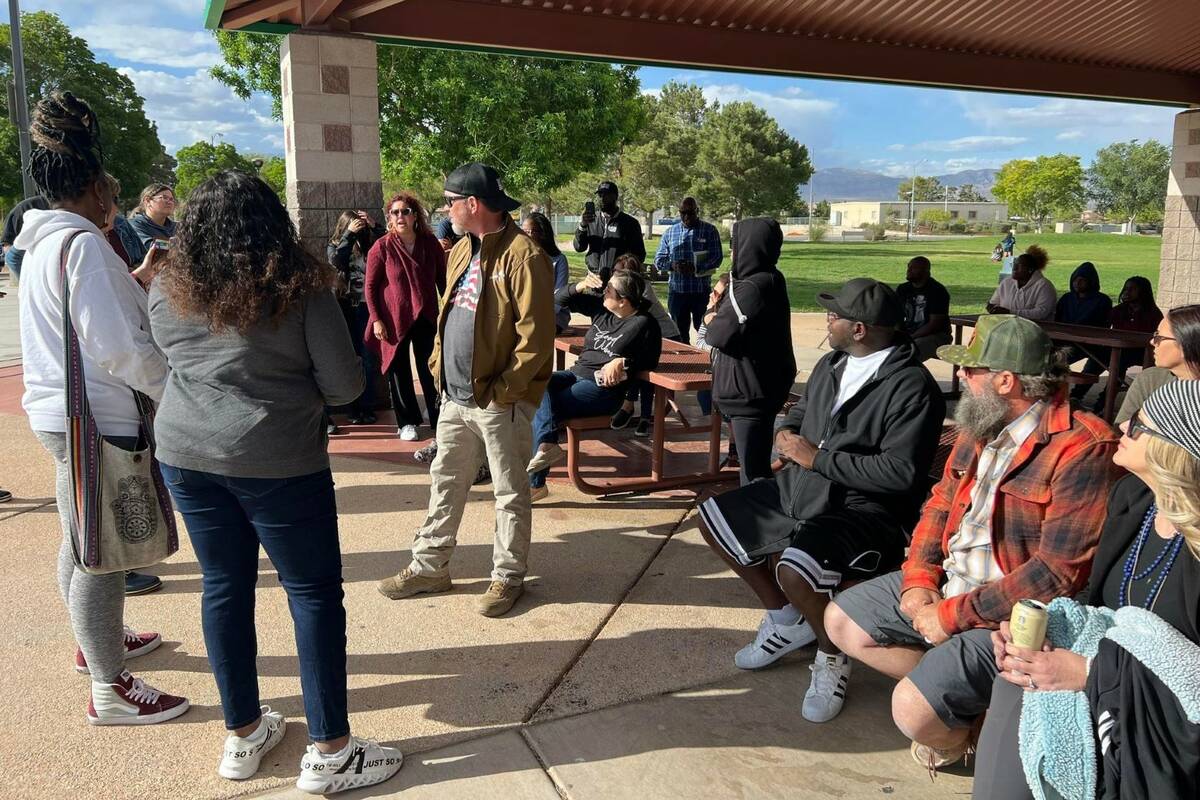 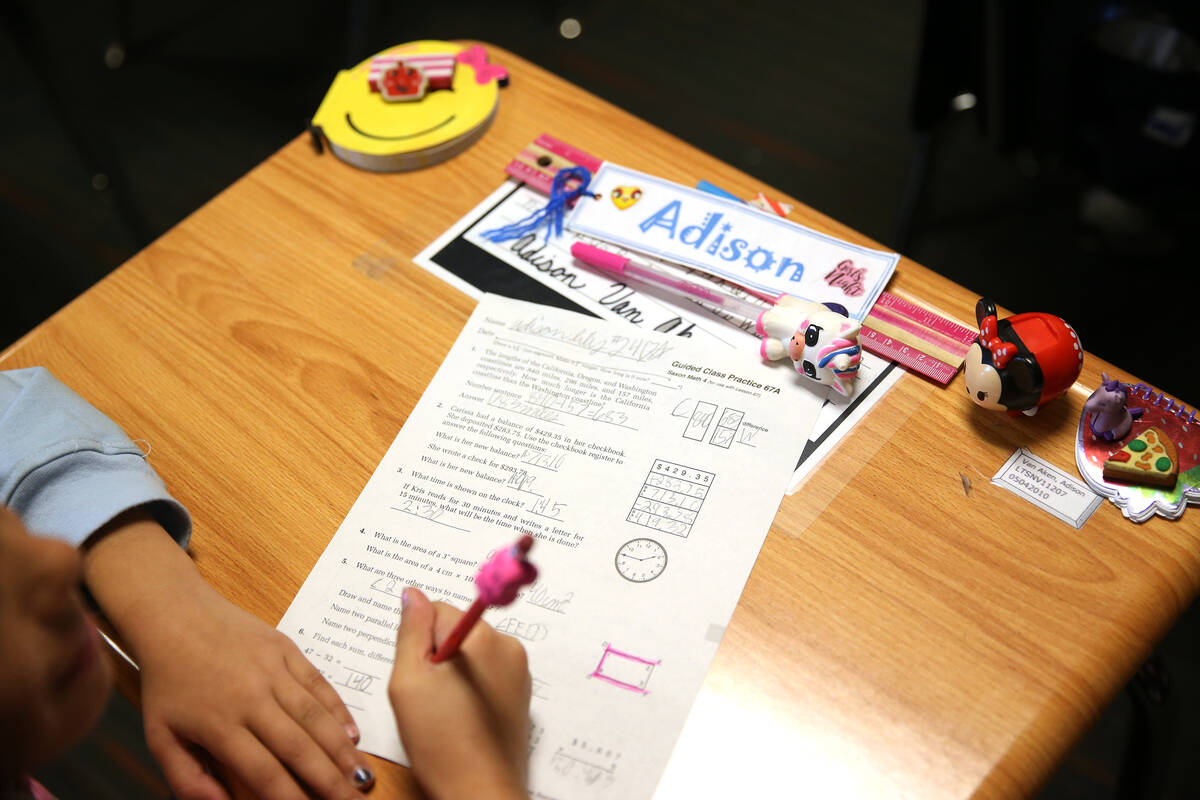 Hours after the principal of a North Las Vegas charter school was placed on leave, parents gathered across the street to voice concerns, including inaction over school violence and a lack of transparency.

Legacy Traditional School North Valley Principal Candida Wadsworth was placed on administrative leave Wednesday, pending an investigation into concerns shared by parents, according to an email sent to parents.

“The wellbeing of our students is our top priority, and supporting a safe and healthy school environment is a critical role of a school leader,” interim principal and Legacy Traditional Schools Superintendent Jennifer Emling said in the email. “Please be assured that student learning remains our primary focus.”

The email came the same day as Legacy parents planned to gather at Goynes Park across the street from the school to outline their concerns in a two-hour listening session hosted by No Racism in Schools #1865, a group that advocates anti-racism on campuses.

Jshauntae Marshall, co-founder of No Racism in Schools, said parents began reaching out about incidents at Legacy after children were called racially derogatory names and teachers were using racially derogatory terms in meetings. That’s when more complaints began to flood in, she said.

“I am concerned because the level of egregiousness of the complaints is extreme,” Marshall told the Las Vegas Review-Journal on Wednesday.

In her email to parents, Emling said Legacy has a no-tolerance policy when it comes to acts of racism and inappropriate conduct.

But parents said Wednesday their complaints also extend to fights that administration hasn’t stepped in to break up, concerns over uncertified teachers filling in and an administration that they said hasn’t been transparent or communicative about other incidents, such as the recent firing of a teacher.

Monique Little, whose son is in first grade, said she came to the meeting Wednesday over concerns about the lack of communication and an absence of professionalism she experienced from Wadsworth.

Little said she was encouraged and excited to see parents coming together to share the same concerns and collectively demand more for their children and their school.

”To me this was really productive, and I’m really glad I’m here because it’s not just a place to get together and cry,” she said. “It’s a place to find that resolve. … Something’s happening. It can’t go away. At this point it has to be addressed.”

Marshall said No Racism in Schools plans to meet with the interim principal on Friday and plans to draft a list of parents’ demands following that meeting.

“We want charter schools and all of its (education management organizations) to understand that they will be held accountable to do what’s right for our students,” Marshall said. “We are going to demand change. That change has to start now.”