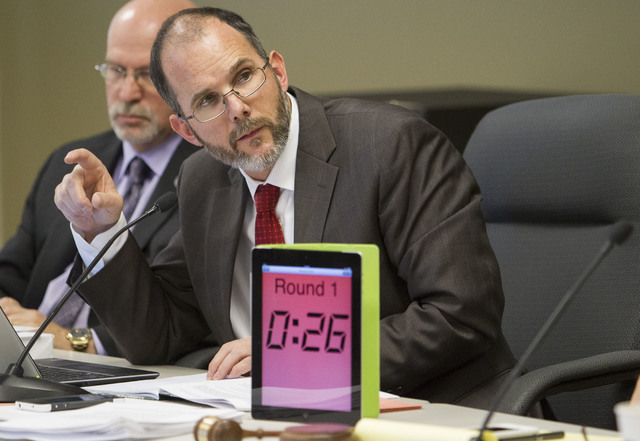 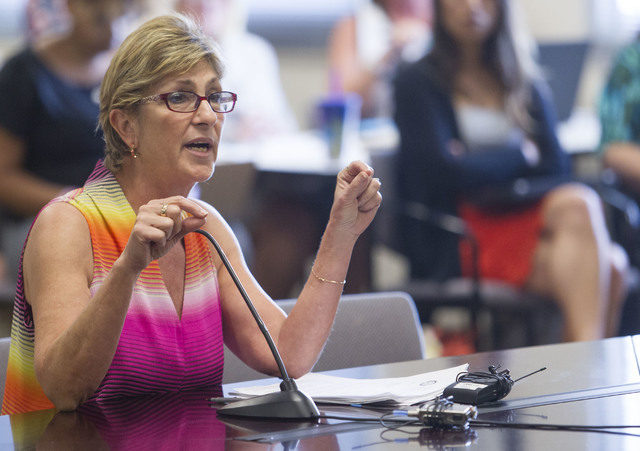 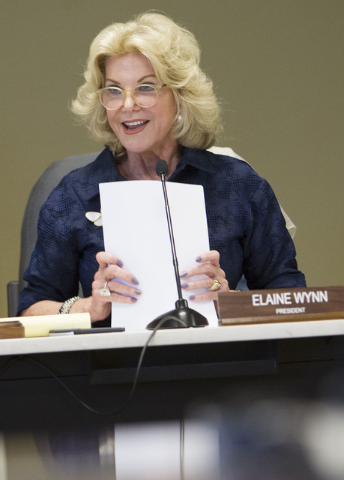 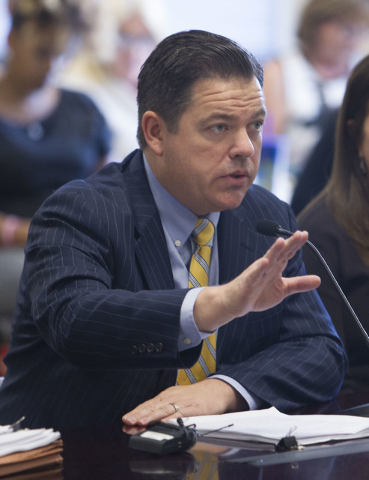 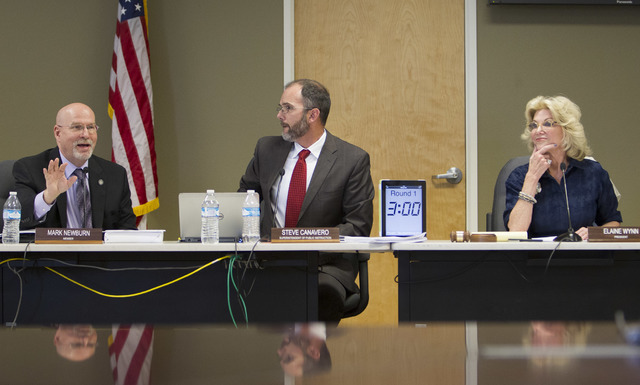 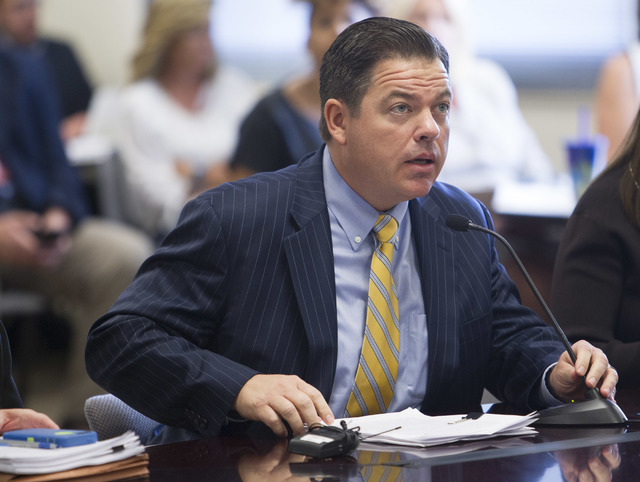 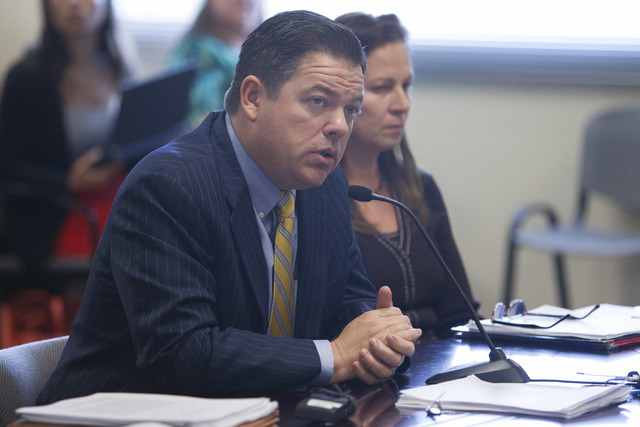 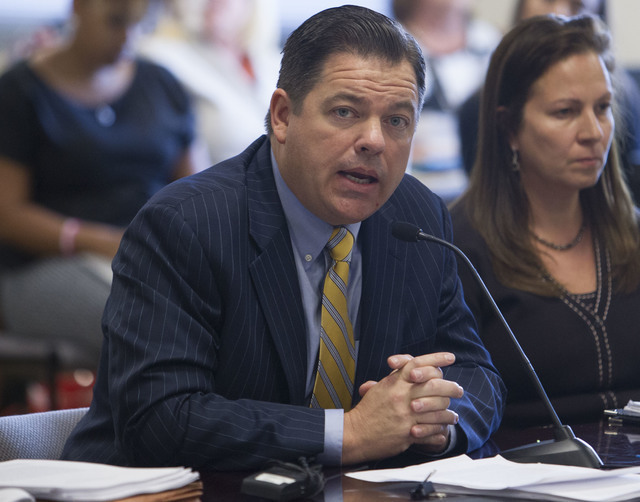 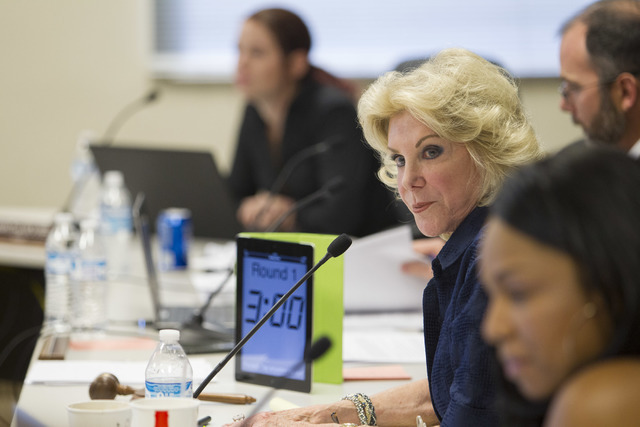 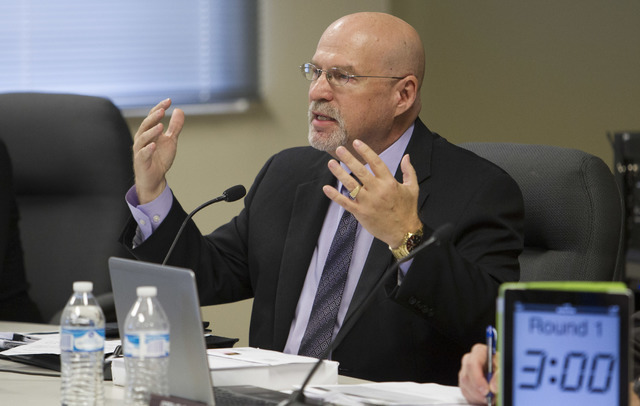 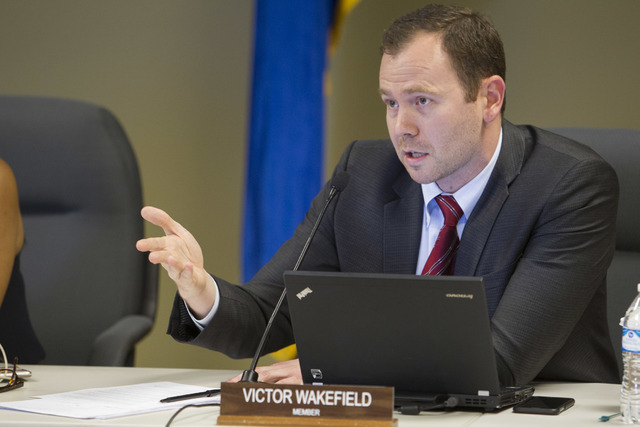 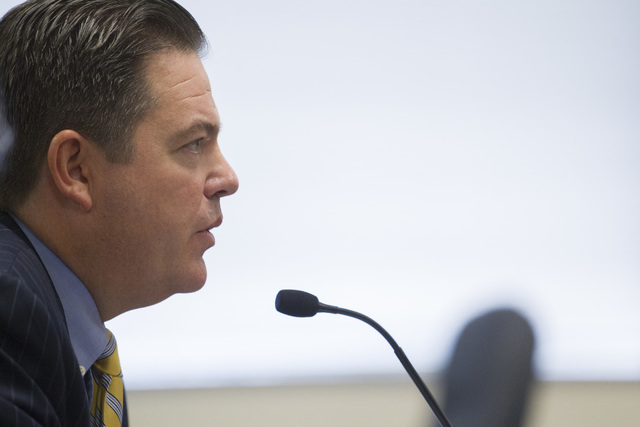 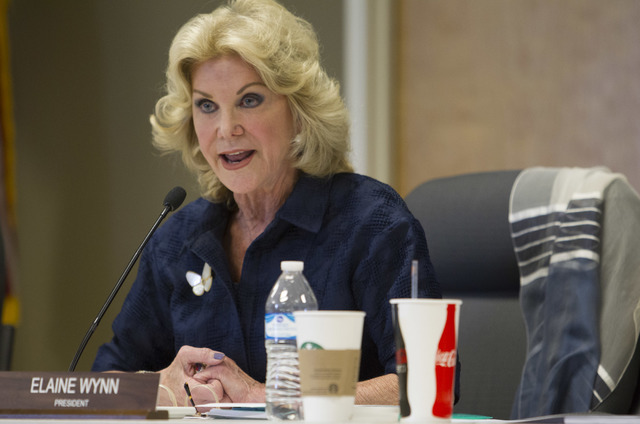 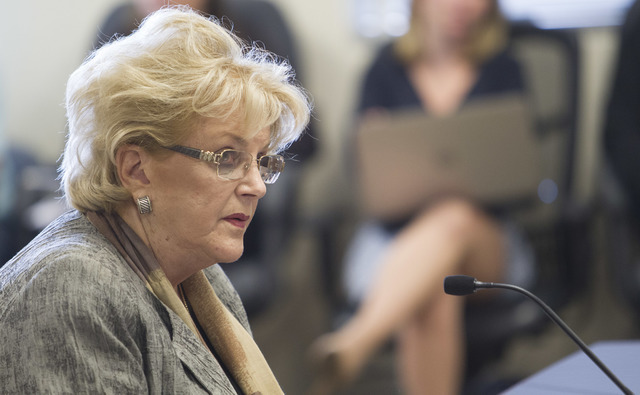 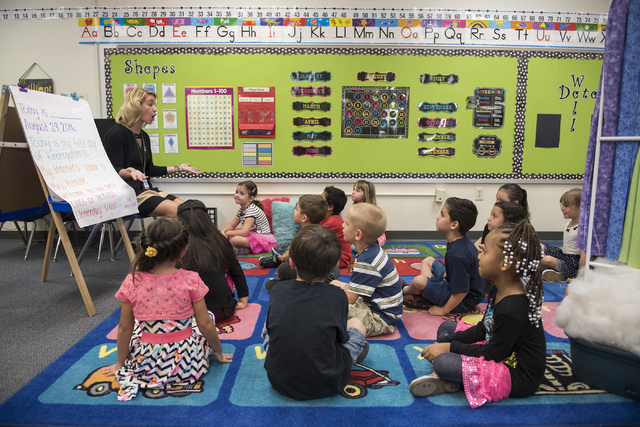 A controversial plan to overhaul the Clark County School District earned the blessing of the State Board of Education on Thursday, clearing the second of three key votes before the proposal becomes law.

Ignoring an attorney for the American Civil Liberties Union of Nevada who warned any official action would violate state rules, the board voted unanimously to approve a 31-page packet of regulations needed to reorganize the nation’s fifth-largest school system by August 2017.

That’s a year earlier than initially required under state law, and critics of the plan repeatedly asked the board Thursday to take more time vetting the proposed rules in order to include more protections for poor and minority students.

“There’s a sense of urgency that things have to happen now, and we could always have more time to reflect and to delve and to do more,” said board member and educator Tonia Holmes-Sutton.

“And I beg your pardon, but I remember being nine months pregnant and I just wanted a little more time,” she added, drawing laughter from the audience. “I said to my doctor, ‘We can’t do this,’ and she said, ‘Oh yes, we have to do this. We have to do this now.’”

With the state board’s approval, the regulations now must pass one final vote next Friday, Sept. 9, from the 12-member Legislative Commission.

Since October, a bipartisan panel of lawmakers have held more than 110 hours of hearings to develop a plan to reorganize the state’s largest school district, which serves approximately 320,000 students.

They ultimately decided to recycle a school empowerment model that the district piloted in 2006 but later scrapped after the Nevada Legislature pulled funding for the program. Supporters of the model, which strips power away from central administration and grants more autonomy to individual school communities, argue it will increase local control, cut costs and boost student achievement.

Opponents, however, worry that implementing the model at all 357 schools in the district will deepen inequities between campuses in largely white, affluent neighborhoods and those that serve higher shares of poor and minority students.

“We had (an empowerment) model that was working and then (lawmakers) stopped funding it and that’s exactly what’s going to happen here again,” Giunchigliani said.

Earlier Thursday, Amy Rose, legal director for the ACLU of Nevada, urged the board to postpone a vote since the public only had “a very generous 12 days” to review the regulations. She said state rules prevented any action until the regulation have been posted publicly for at least 30 days.

But Deputy Attorney General Greg Ott cleared the board to take a vote after noting an earlier version of the regulations were posted in July. Any subsequent changes do not reset the 30-day timeline, Ott said.

Michael Strembitsky, a consultant hired by the state to craft the reorganization plan, said he believes Thursday’s vote grants Superintendent Pat Skorkowsky the green light to start putting the plan in motion.

“We were in this hiatus,” Strembitsky said. “Now with this approval, unless something happens, people are going to start working.”

That includes the Clark County School Board.

Under the plan and regulations, central administration somehow must absorb whatever costs it takes to implement the plan, drive 80 percent of its budget to schools and provide virtually the same level of services to all 357 schools.

“All of that costs money, and that all comes from kids,” said board vice president and District B Trustee Chris Garvey.