School board to vote in August on public comment changes 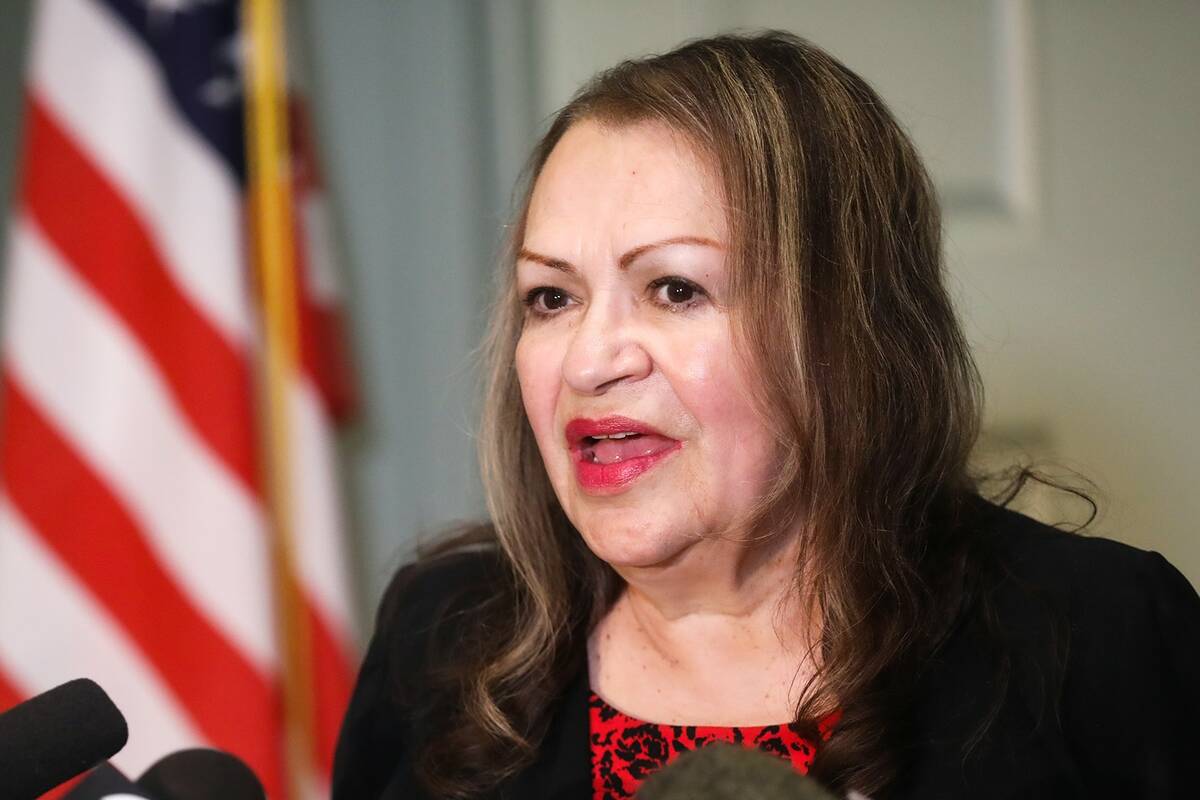 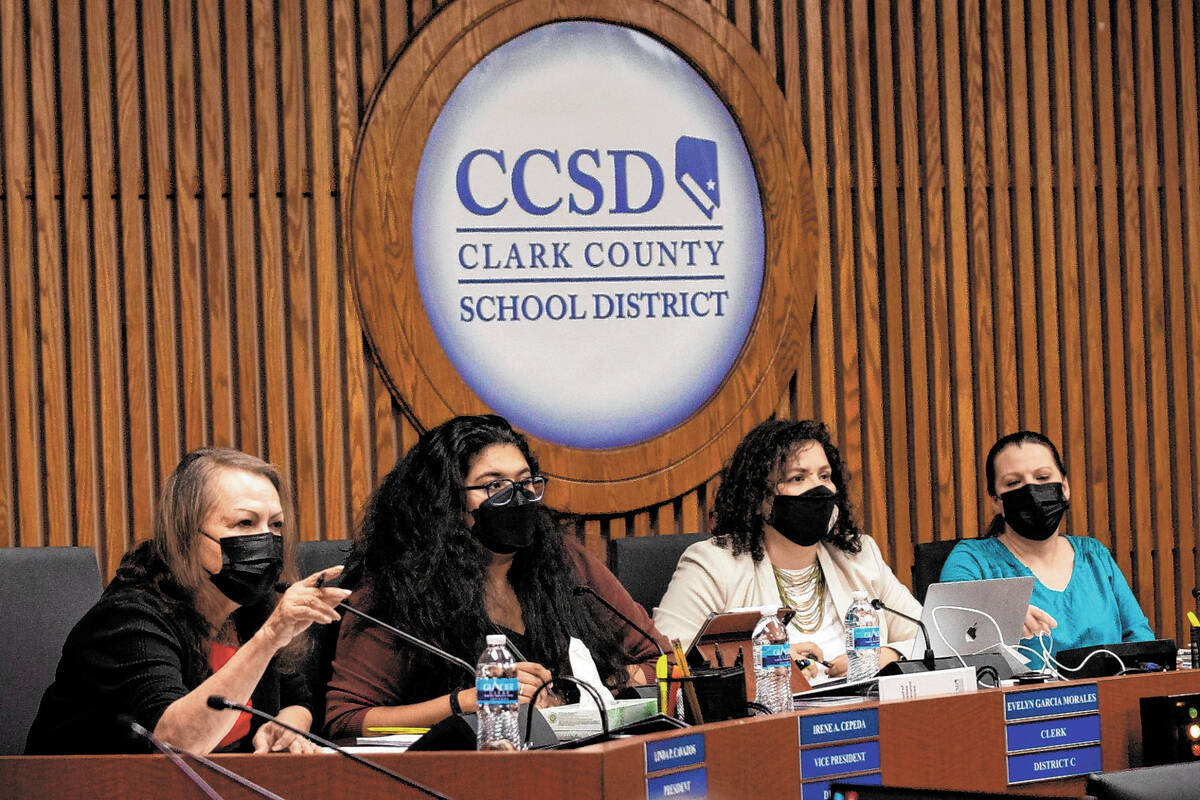 The Clark County School Board considered a new batch of potential changes Wednesday to its public comment policy — namely, that speakers would have to wait until the end of the meeting to weigh in on non-action items.

During a work session, trustees voted 6-1 to approve a notice of intent to adopt policy revisions, with Trustee Linda Cavazos voting no. The board is slated to vote on the changes Aug. 11.

Public comment periods and the atmosphere at board meetings has turned tense over the past couple of years during the COVID-19 pandemic. Some speakers have yelled at the board or fellow audience members and have been escorted out by police.

Behavior has been displayed that’s “blatantly uncivil” and disrespectful, board President Irene Cepeda said, noting there have been attacks on students and other attendees.

The public comment policy hasn’t been revised since 2017, and conversation about possible changes started last year, she said. “It’s a bit of an overhaul.”

Several recommended changes were made with the board’s legal counsel to ensure the board is following the state’s open meeting law, Cepeda said.

A working draft shows revisions have been made since board officers convened during a mid-June meeting.

One major change was made: Only one public comment period on non-action items would be held, and it would be “immediately prior to the adjournment of the meeting,” according to the draft.

There are currently two public comment periods on non-action items — one at the beginning of the meeting and one at the end. There are 20 minutes allotted for the first comment period, but the board has in the past opted to extend it.

Board counsel Nicole Malich said the legal requirement is that the board must hear from the public on non-action items sometime before a meeting adjourns.

The latest policy revision says speakers would have three minutes to address the board for public comments. That would include a three-minute maximum for each speaker on consent agenda items, regardless of how many individual items they’re commenting on.

The consent agenda is a list of items the district considers routine, which the board approves with a single vote.

That’s a change compared with a June proposal that said those speaking on two or more consent agenda items would have a total of up to five minutes. The current policy allows up to 10 minutes for someone commenting on four or more consent items.

Cavazos said she doesn’t like the idea of moving public comments on non-agenda items to the end of the meeting. And she said consent agenda changes are also a sticking point for her.

The proposed policy revisions also outline meeting decorum rules, guidelines for public comments and consequences such as removal from the meeting and being banned from returning — 30 days for a first offense, 60 days for a second offense and 180 days for a third offense.

Trustee Danielle Ford said the board has put a lot of effort into accommodating students who show up to provide public comments. She asked if they’ll have to wait until the end of the meeting to speak.

The board was previously giving preference to students so they wouldn’t be sitting in the meeting all night, Malich said.

But when it comes to giving preference to one group of people, she said, there could be issues with meeting law compliance. “It could actually put us at risk of violation,” she said.

Ford said there is an issue with chronic absenteeism and a 7 a.m. start time for high schools, yet students who want to speak will have to wait until the end of the meeting.

Malich said the hope is meetings will be more productive and efficient and won’t last as long.

Trustee Lola Brooks said she senses some hesitancy about shifting public comment on non-action items toward the end of the meeting. One option is to consider starting meetings earlier than 5 p.m., she said — something a few trustees said they would support.

The proposed policy changes aren’t intended to restrict comments or stifle free speech, Brooks said. They’re intended to set clear expectations for the audience and board and bring consistency and clarity, she added.

It’s also to provide equal treatment of all meeting attendees, she said, noting moving public comments to the end of the meeting is a fairer choice.

Brooks said the changes are also a way to get meetings under control and allow the board to focus on what its role is. She said there’s a positive intent behind the recommendations.

She also said she thinks there needs to be community engagement events outside of the board room with the ability to have a two-way conversation — a sentiment a few other trustees also expressed.