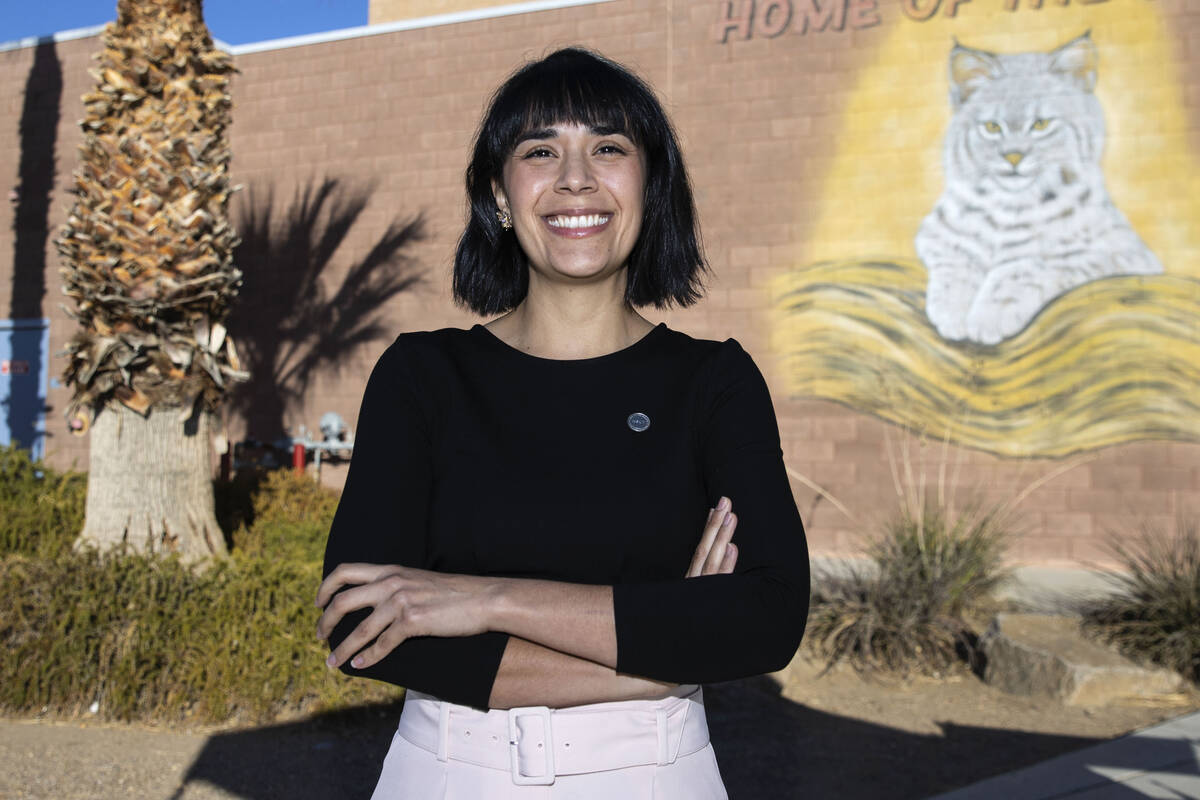 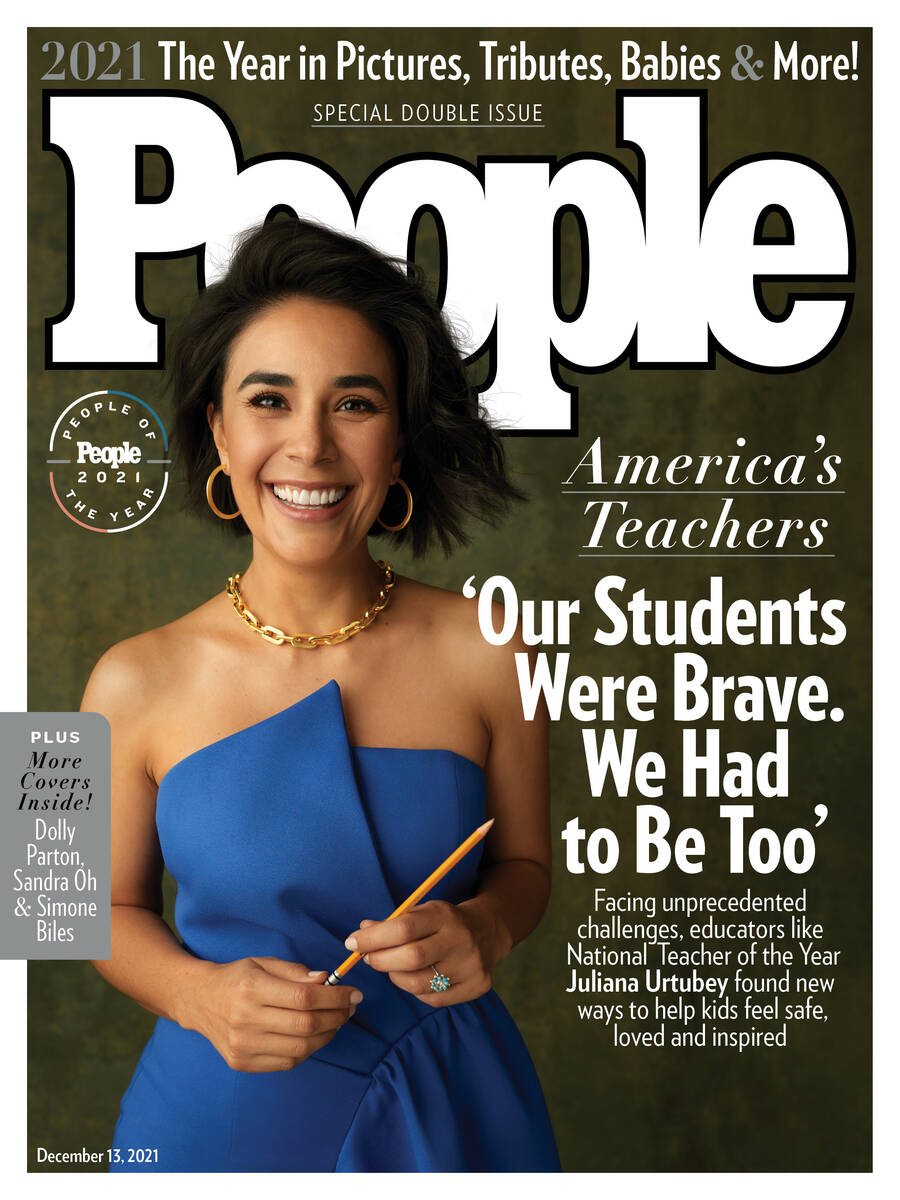 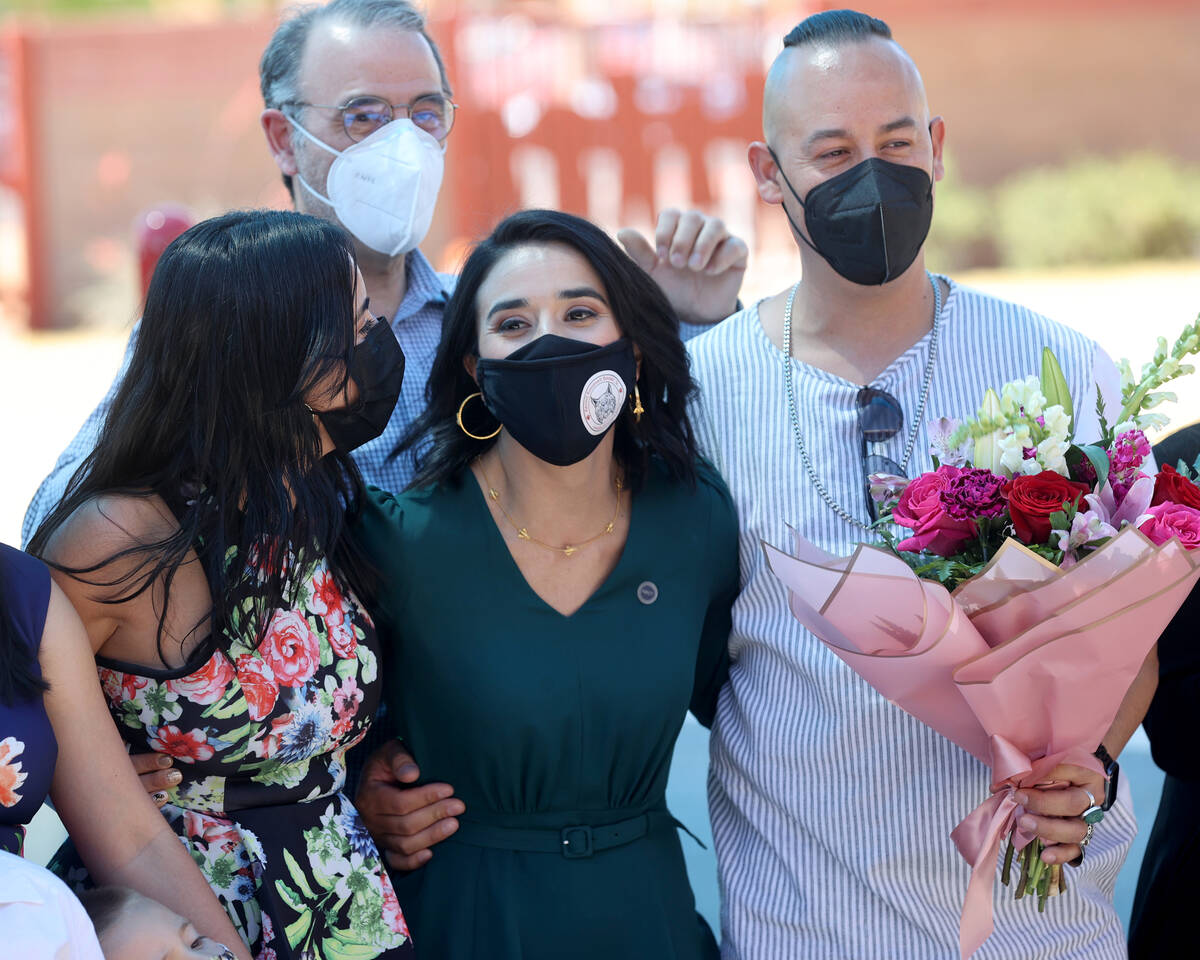 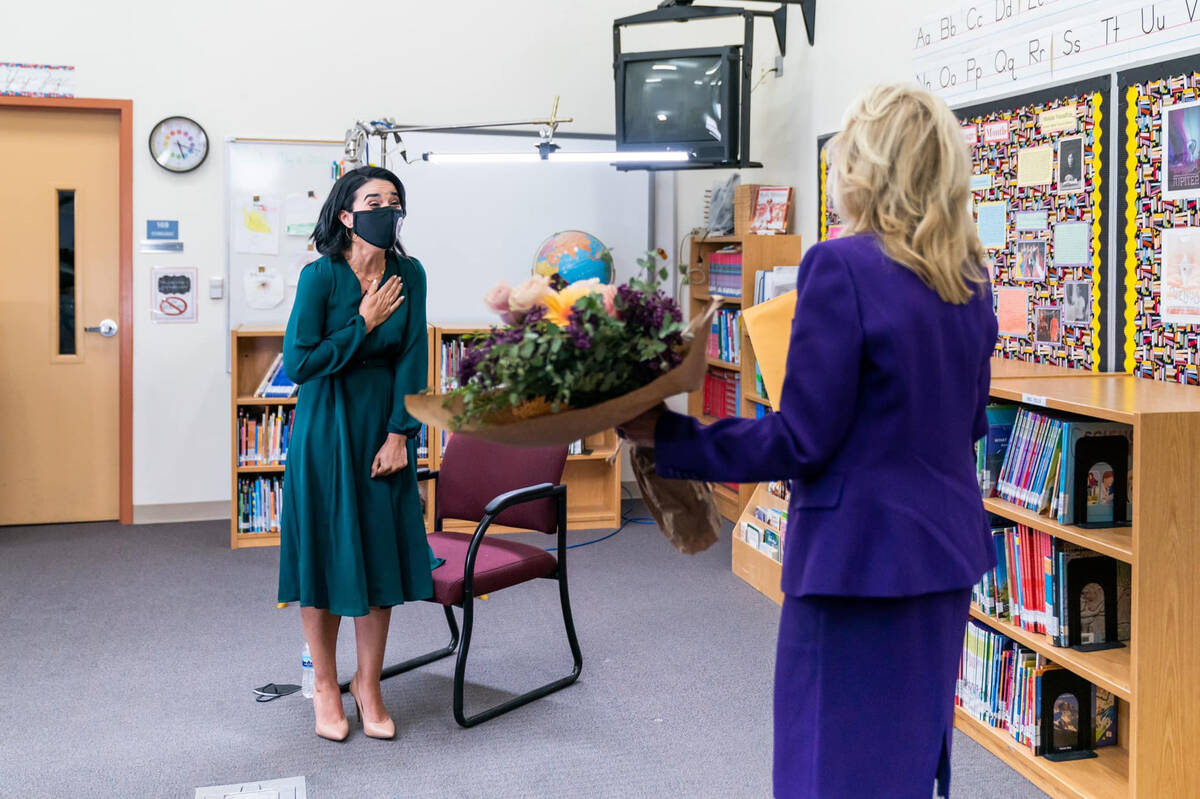 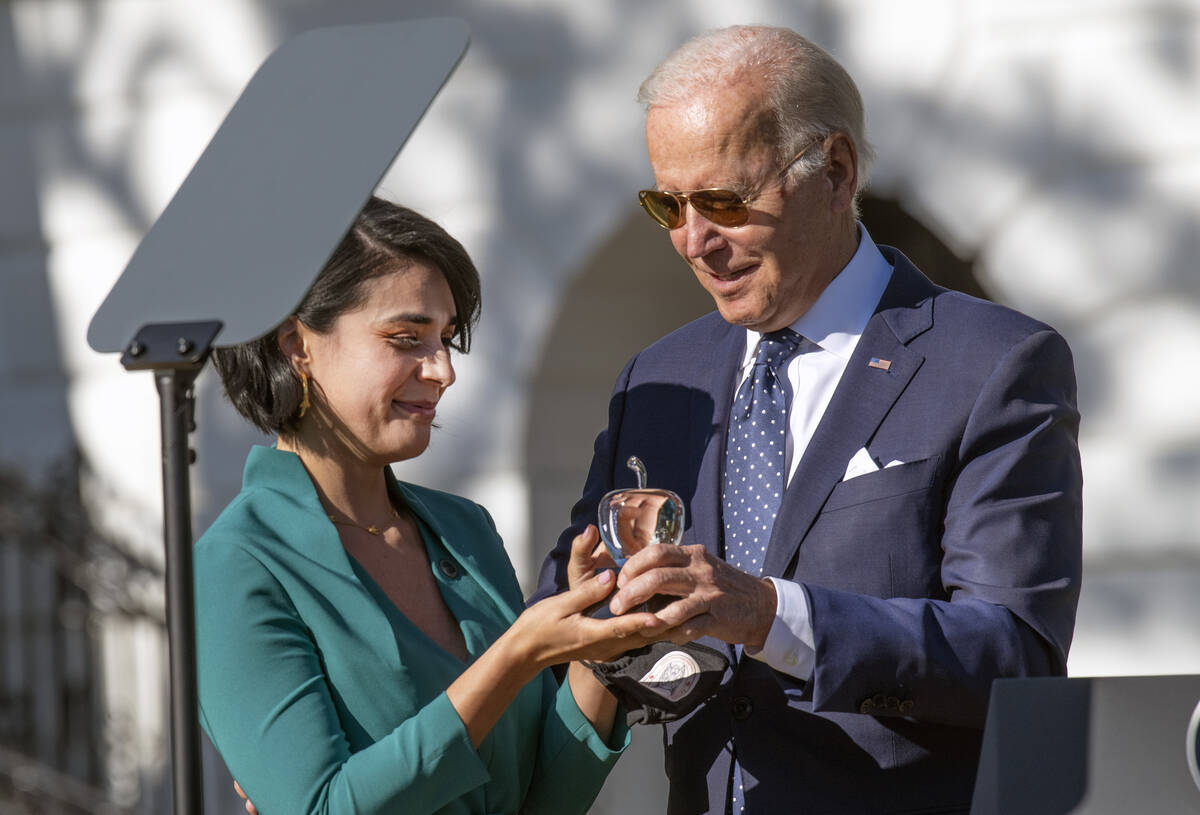 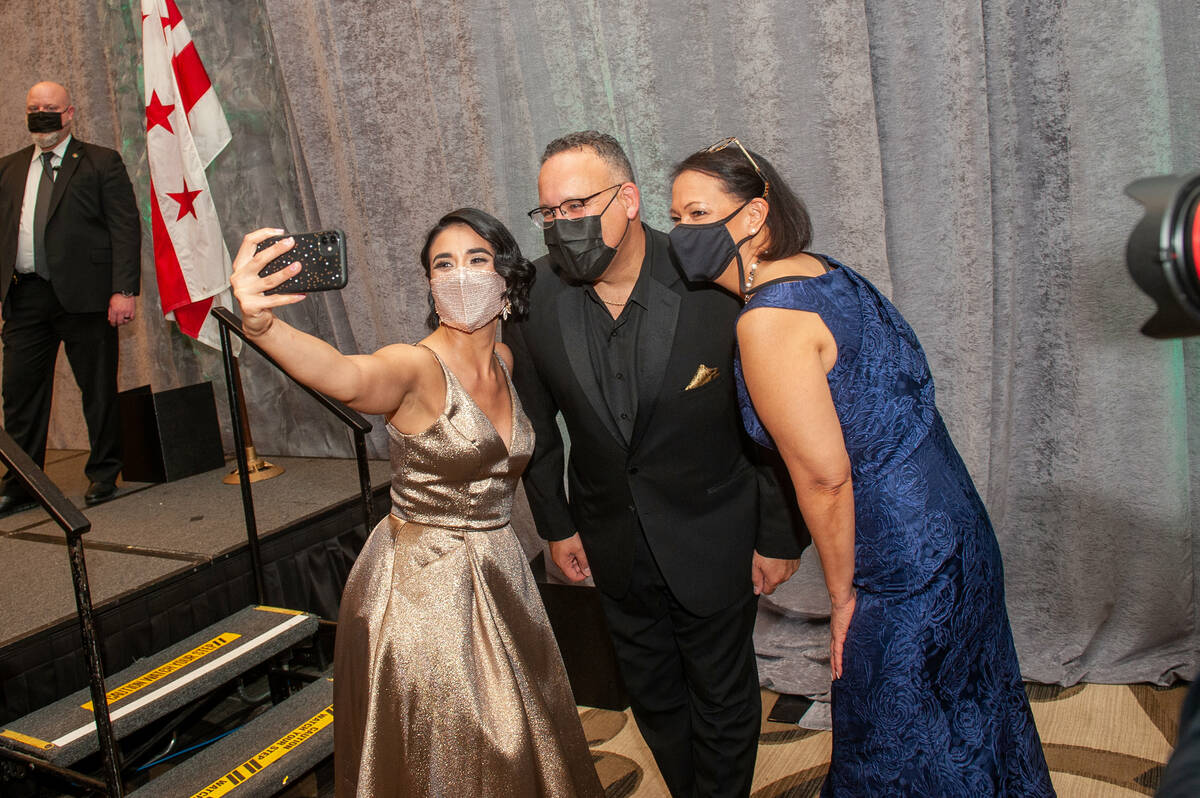 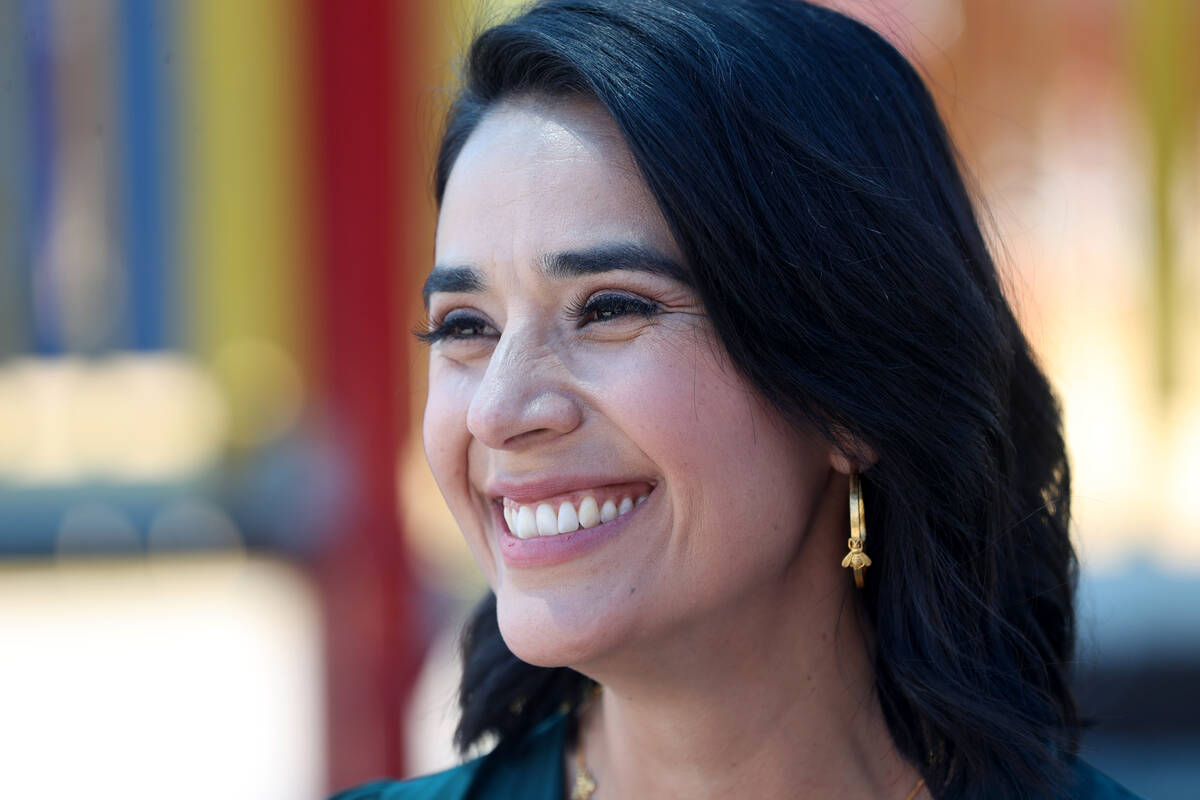 That’s how Clark County School District special education teacher Juliana Urtubey describes her role as National Teacher of the Year, an honor bestowed upon her in May.

She has a paid year off from teaching, funded by the state and Clark County School District, and since July has been doing education advocacy work arranged by the Council of Chief State School Officers.

“I absolutely love traveling and getting a chance to connect with teachers across the country,” she said in a conversation in mid-November.

The Teacher of the Year award was followed by an even rarer recognition for a teacher.

Urtubey was recognized on Dec. 1 as one of People magazine’s “2021 People of the Year” honorees, representing all the nation’s teachers.

“I am so proud to have the opportunity to represent teachers as one of People magazine’s People of the Year,” she said in a statement to the Review-Journal. “I’ve been honored to hear from teachers across the country who are taking this as a much deserved celebration of their own work in such a challenging year.”

She describes her role as a representative of teachers around the nation and a bridge between policymakers and educators.

The National Teacher of the Year program is in its 69th year, and is the oldest and most prestigious teacher recognition program in the country, said Sarah Brown Wessling, senior adviser to program.

Wessling, who was National Teacher of the Year in 2010, said the person is essentially an ambassador for education.

There’s something that makes each year in the program different, she said. For her, Common Core State Standards were released during the year she served and became a focus.

“One of the things that doesn’t change is the incredible passion that the National Teacher of the Year has for their work and how they share that with others,” Wessling said.

Urtubey said the experience of being National Teacher of the Year has been “so beautiful.” One of the highlights was a White House ceremony in October for the Teachers of the Year for 2020 and 2021, since the pandemic canceled plans for a ceremony last year.

“It was a great recognition of teachers and their efforts,” Urtubey said.

She said she has also enjoyed connecting with U.S. Secretary of Education Miguel Cardona.

Urtubey’s advocacy work and speaking started off mostly as virtual engagements due to the COVID-19 pandemic, but now includes more in-person events.

Urtubey said there are similarities teachers face all over the country. “I think, overall, teachers are really focused on advocating for better working conditions,” she said.

Urtubey said she’s gaining new insights into education in other parts of the country, noting she particularly enjoys learning about schools in rural and Native American communities.

And she has connected with educators in U.S. territories such as Guam and the Virgin Islands, which she said was “really informative.”

She has National Board Certification as a teacher. She also received a Heart of Education Award in 2018 from The Smith Center for the Performing Arts.

Before moving to Booker Elementary, Urtubey spent seven years as a special education teacher at Crestwood Elementary School in central Las Vegas, where she led an effort to create an outdoor classroom garden.

Wessling said she’s amazed by the way Urtubey builds community not only within her classroom, but brings the community in.

“I feel like the walls between those really dissolve for Juliana,” she said.

Wessling traveled to some events with Urtubey this fall and watched her interact with audiences — whether educators, policymakers, parents or community members.

“She has this incredible ability to bring you into a classroom,” Wessling said, adding you feel like you’re being transported into a space where you wish your own children could learn.

Urtubey helps people understand what effective teaching and learning looks like, and “then she tells you how to do it,” Wessling said.

Urtubey, who spoke with the Review-Journal in after a two-and-a-half-week tour, has lately been racking up frequent flyer miles, having traveled to places like a Council of Chief State School Officers policy forum in Florida; Council of Administrators of Special Education conference in Little Rock, Arkansas; and the Nevada Association of School Boards conference at Lake Tahoe.

Closer to home, Urtubey said she enjoyed a Southern Nevada luncheon for retiring teachers in October.

Despite traveling around the country this school year, Urtubey looks to stay connected with Booker Elementary and her former students from Crestwood Elementary. She still talks with students’ families and sees them around her neighborhood.

“I miss my students and my school communities every single day,” she said.

Urtubey was handing out Halloween candy at home in late October when a group of high school boys came by trick-or-treating.

One of them greeted her, saying, “Oh, it that you, Ms. Earth?” — her nickname while leading outdoor garden efforts at Crestwood Elementary — but she couldn’t recognize him since he was wearing a mask.

Once he took it off, she recognized him as one of her former students, who identified himself as “your garden gnomie.”

“It was a really sweet moment that he still considers himself a ‘gnomie,’” she said.