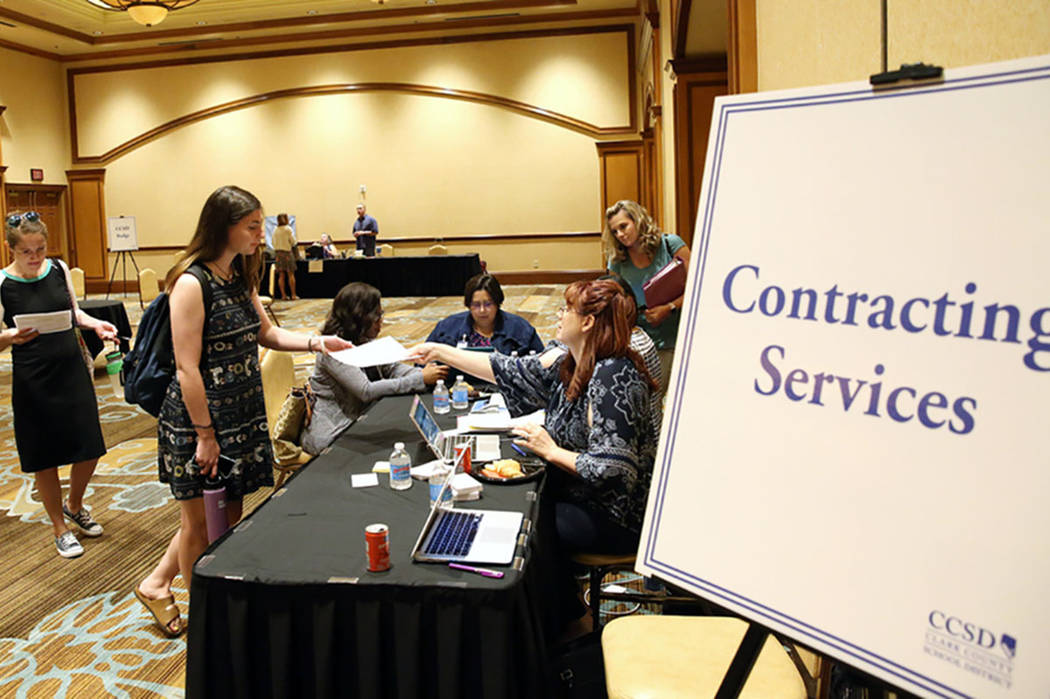 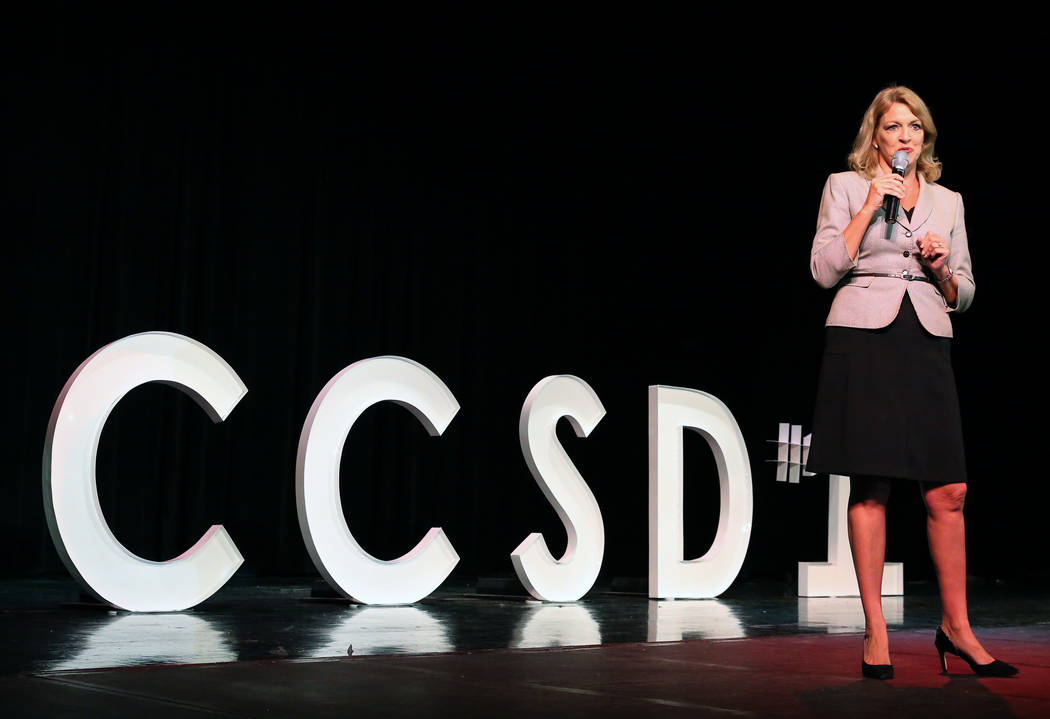 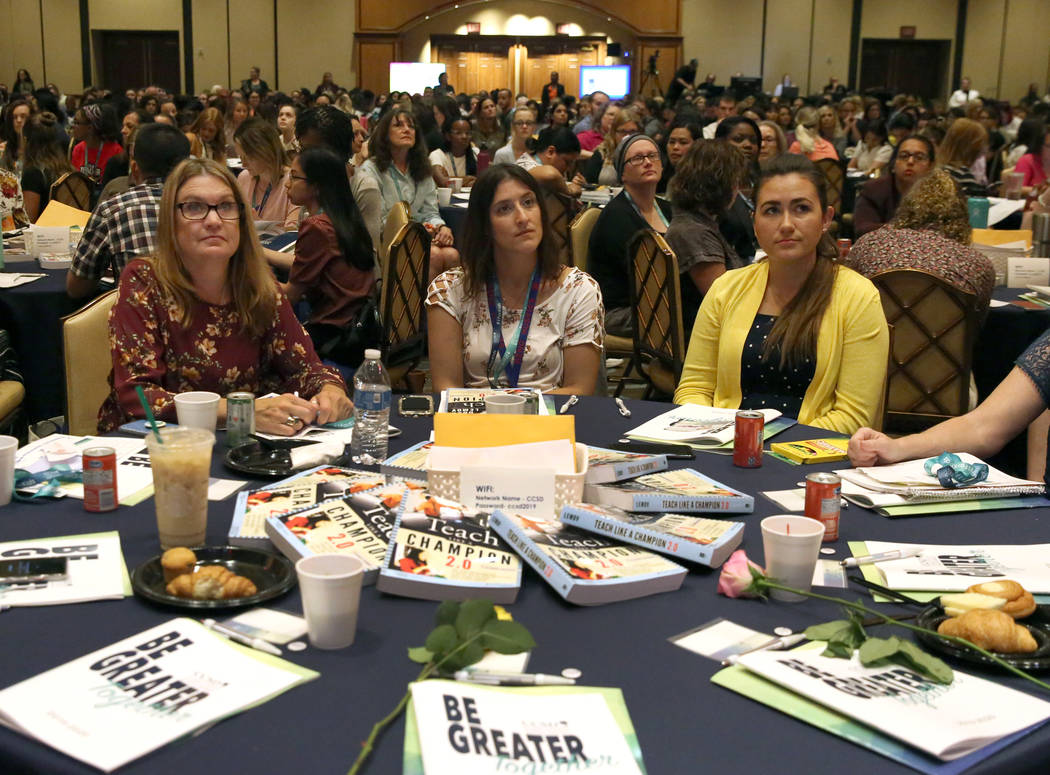 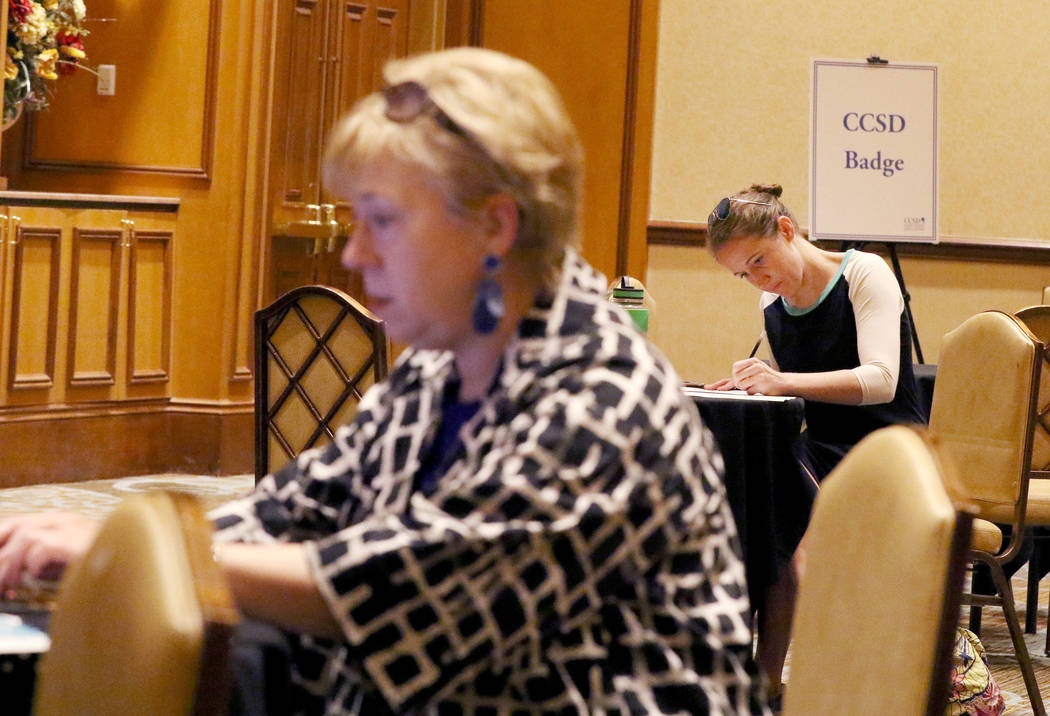 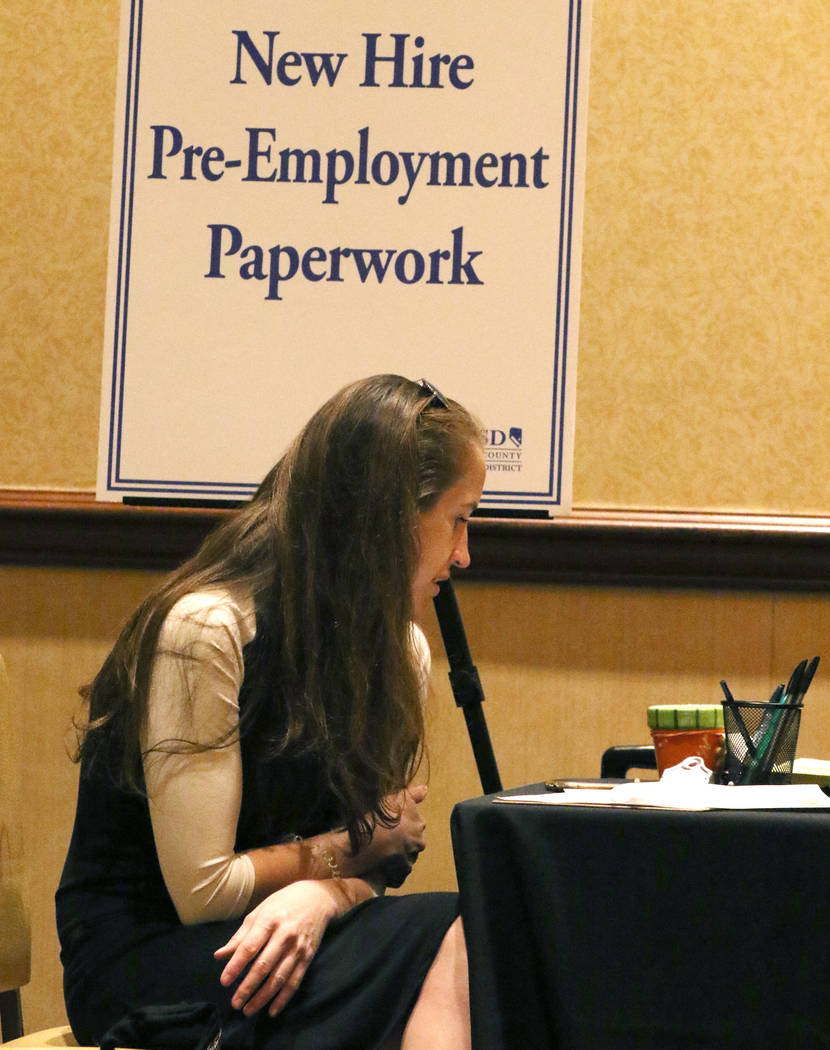 The Clark County School District will start the school year Monday with more than 750 teaching vacancies — a perennial problem that the county and state have been struggling with for years.

Financial incentives designed to attract qualified educators to the district’s classrooms approved by the Nevada Legislature in 2015 seemed to offer an answer, immediately reducing the teaching vacancy rate of 5.4 percent in 2015-16 school year by nearly 63 percent at the start of the next year.

But a Las Vegas Review-Journal analysis of district data shows that the vacancy rate began edging higher in the 2017-18 school year and has now registered three straight increases.

With the district reporting 755 vacancies as of Aug. 8, the vacancy rate now stands at roughly 4 percent.

At the same time, funding from the state for incentives has decreased, and Clark County schools, in the 2017-18 year at least, allocated fewer funds for recruitment and retention.

It’s not clear that the decrease in funding for the incentives led to the reversal in the vacancy rates, but education experts say offering more money can help.

“Generally speaking, those stipends can be effective at retaining teachers,” said Desiree Carver-Thomas, a researcher and policy analyst at the Learning Policy Institute who has studied the national vacancy issue. “But also, they’re effective as long as they keep coming.”

Yet there are many other factors, too, that can attract an educator to a classroom.

“Overall, it’s always beneficial to offer a bonus or an incentive for teachers,” said Tya Mathis-Coleman, the district’s director of recruitment. “But what I’ve found is that most individuals … they’re passionate about student learning. So an extra $1,000, an extra $1,500 really doesn’t affect a ‘yes’ or ‘no.’”

State funding for hiring and keeping teachers in challenged schools has fluctuated over the years.

In 2013, the state launched the Zoom schools program that offered money to schools with high populations of English language learners. Schools could use up to 2 percent of that funding on recruitment and retention initiatives — a cap that was later increased to 5 percent.

The Victory program followed Zoom in 2015, targeting high-poverty schools that could also choose whether to spend their allotted money on recruitment and retention initiatives.

Since then, other bills have also allocated millions statewide for new educators who teach in high-poverty or underperforming schools.

The incentive per teacher can vary depending on the school and program. The remaining state funding has typically had a cap of $5,000 per teacher.

This year the district is launching a new pilot program that offers $10,000 to teachers who are selected to work at eight underperforming middle schools. As of July 31, those schools reported 14 teaching vacancies between them, compared with 18 at the start of school in 2017-18.

The program is aimed at retaining those teachers, offering extra money in the following two years if student performance improves.

Some principals say they already have seen the impact.

“It has most definitely helped not only retain teachers in the building that I wanted to retain, but definitely getting a group of pooled candidates to be interested and applying and interviewing,” Johnston Middle School Principal Lou Markouzis said of the incentive.

Unexpected developments left him with two vacancies just five days before school was scheduled to start, but he was confident he would fill those positions.

Danny Eichelberger, principal at West Prep, also said the incentive made a difference. He’s fully staffed for this school year, compared with the roughly two vacancies a year he typically faces in the middle school.

“As the word grew and things got out there I was able to start recruiting veterans with a good track record from really solid schools that were willing to come in,” he said. “It started to take effect for me.”

Just a piece of the puzzle

Compensation is an important piece to the vacancy puzzle, said Carver-Thomas, the Learning Policy Institute analyst, but it’s not a simple solution.

“Compensation matters — but at the same time, research shows that even when teachers are compensated well they may not remain in their school or in their district if the teaching conditions aren’t great,” she said. “If they’re not feeling supported by their administration, if their students don’t have the resources that they need to be successful, if they’re in an environment that is just not conducive to teaching or learning — that’s also a significant factor.”

In Clark County, those factors may include having overcrowded classrooms and repeated salary freezes in recent years.

Jason Coffey, a former substitute at Western High School who went through an alternative teaching licensure program and hopes to get a provisional license in the coming months, said he doesn’t think the incentives have attracted more teachers.

Nor has he seen much improvement in reducing vacancies, particularly since schools pay teachers to take on an extra class in lieu of their preparatory periods through a process known as “prep buyouts.”

Coffey says a more productive step could be found in the current pool of substitutes, saying the district should assess their qualifications to determine whether they have a future as a licensed teacher.

“Find a way to hire them, get them a provisional license, do something,” he said. “Even just tell them how to become a regular teacher.”

But Nevada’s new state superintendent, Jhone Ebert, believes that improving the reputation of the teaching profession would be an important part of a solution.

“This last decade, we’ve had this narrative of not looking at teachers in a positive light in a teaching profession,” she said. “And the fact of the matter is, it’s one of the most honorable professions that we have.”

Hope for the future

To help offset the vacancies this year, Superintendent Jesus Jara announced last week that he would place roughly 200 licensed employees in central office back in the classroom.

Meanwhile, the district kicked off another school year with business as usual — welcoming a new class of teachers to Las Vegas at an orientation last month while still facing hundreds of vacancies.

If there’s any hope for the future, it may lie in new teachers like Paul Reece, who said he heard about the district’s need while working as a substitute in Michigan.

He was attracted to Nevada, where he could enroll in an alternative licensure program and be placed in a classroom fairly quickly — rather than the long and laborious path to a credential in his home state.

He was excited and nervous as he stood in Texas Station, surrounded by hundreds of new teachers. It’s a big change, he said, because he’s never lived out of his hometown.

“I just really want to be a great teacher for my students, get better at my job, meet some people in Las Vegas and build a new home here,” he said.