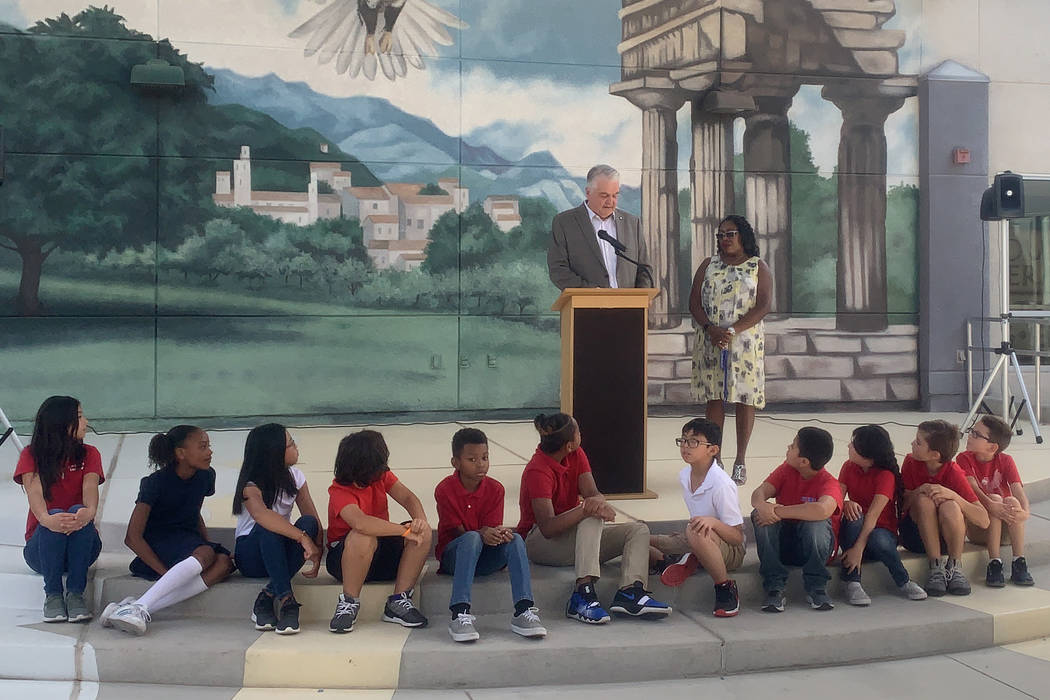 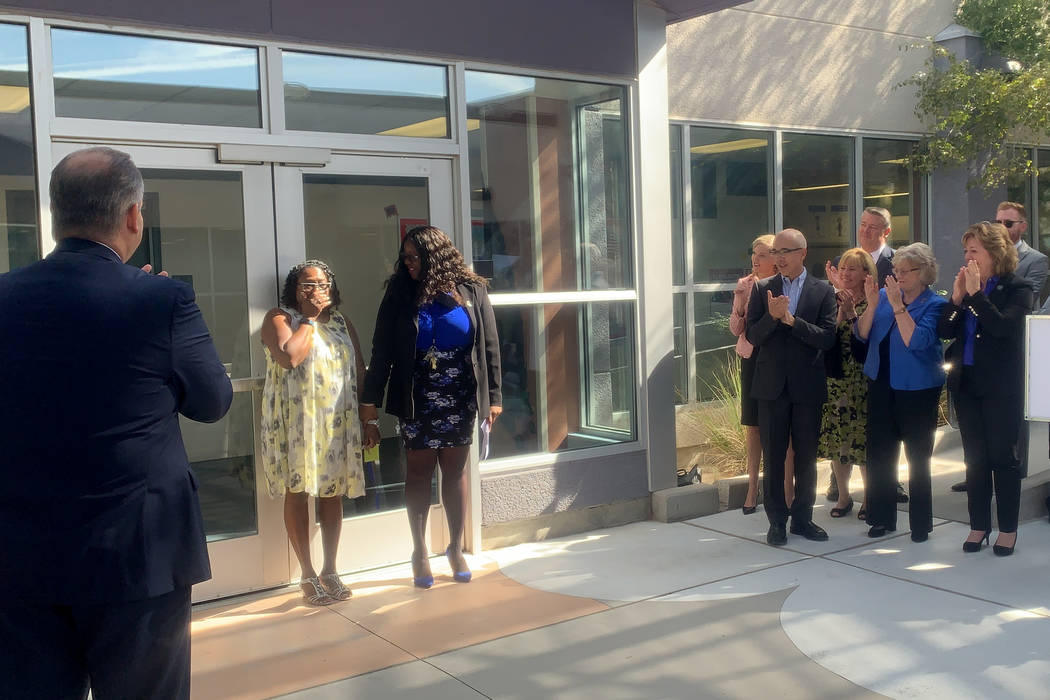 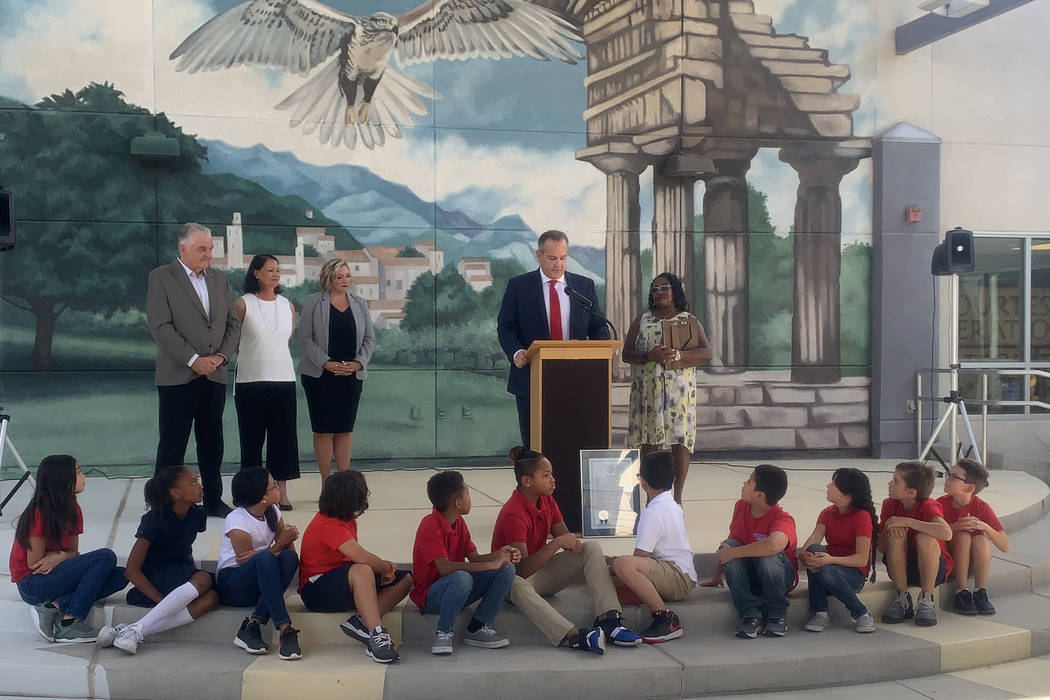 Gail Hudson wiped back an abundance of tears as she stood in the courtyard of Hummel Elementary on Monday, overwhelmed by the surprise honor of Nevada’s Teacher of the Year.

Hudson was surrounded by her students, legislators and Gov. Steve Sisolak as she accepted the award, given annually to an outstanding teacher in the state.

“It was teachers like you that empowered me to believe in myself, to educate myself and to reach for opportunities that I never thought were possible,” Sen. Nicole Cannizzaro, D-Las Vegas, said during a short ceremony recognizing Hudson. “But thanks to amazing educators like yourself, you give students just like me and students just like all of these amazing students the opportunity and the passion and the confidence to believe in the power of our dreams.”

Superintendent Jesus Jara — at odds with legislators and the governor, who have blamed the contract deadlock with the Clark County teachers union on the district — also attended to show support. Jara said he would like to have teachers such as Hudson across the entire system. He left without taking any questions on the status of the talks.

Hudson, who teaches fifth grade, emigrated to the United States about 45 years ago from the nation now known as Belize.

“I too was on a journey to try and find myself and try to find a better education,” she said, noting that one teacher made a difference in her life and contributed to her personal success.

Hudson serves as Hummel Elementary’s site liaison for the district’s equity and diversity department. As the Las Vegas school’s Title I site coordinator, she has also helped with the schools Title I plan — which is for schools that have a high percentage of students in poverty.

Her students, she said, know that she is here for them every single day.

“I wake up to come to them, and I want them to wake up and come to me,” Hudson said. “It is my duty to continue to serve children over and over again — because they deserve the best educator possible.”