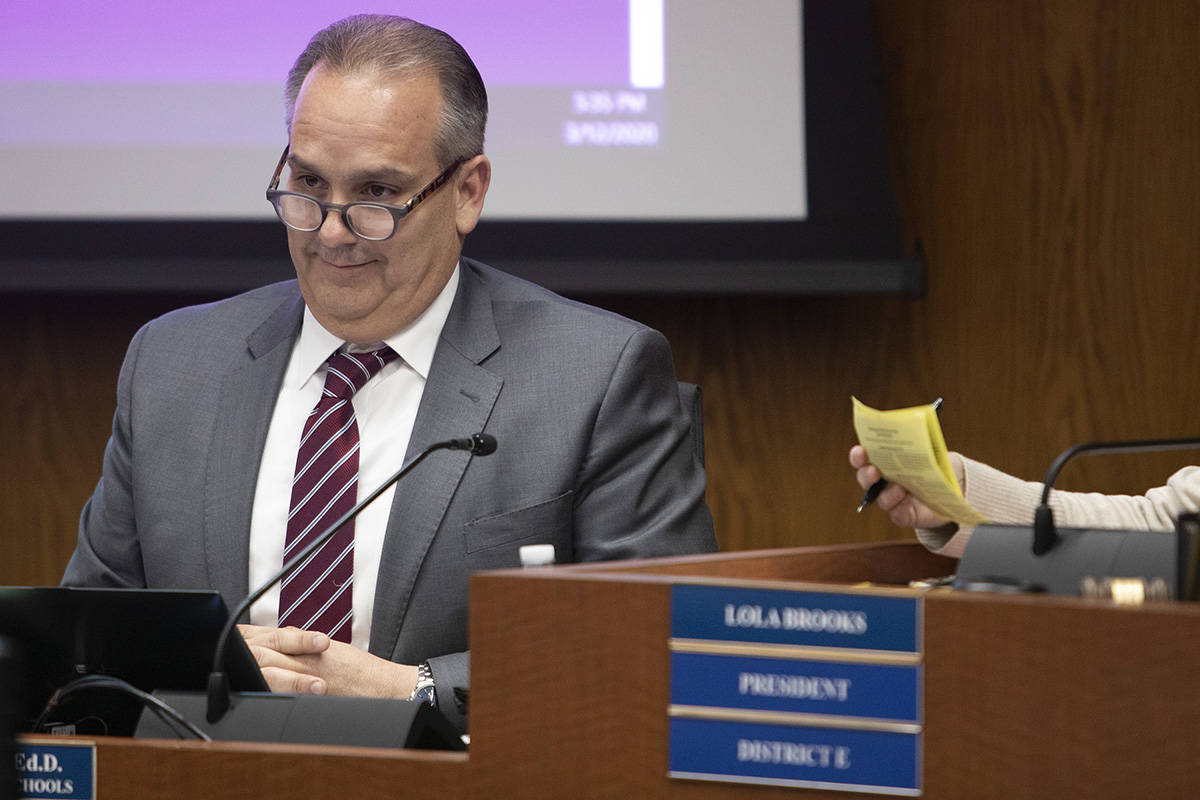 Clark County School District superintendent Jesus Jara reacts to a comment from a community member at the Board of Trustees meeting at Edward A. Greer Education Center on Thursday, March 12, 2020, in Las Vegas. (Ellen Schmidt/Las Vegas Review-Journal) @ellenkschmidt_ 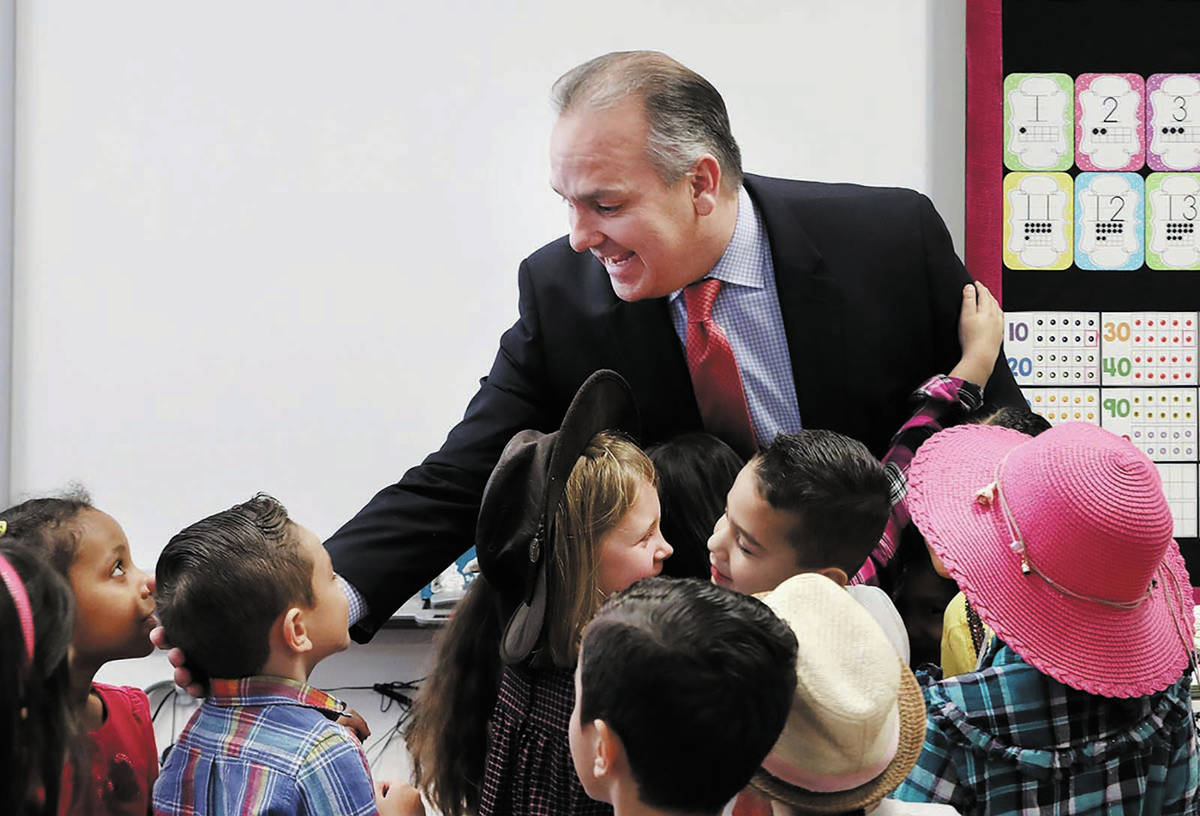 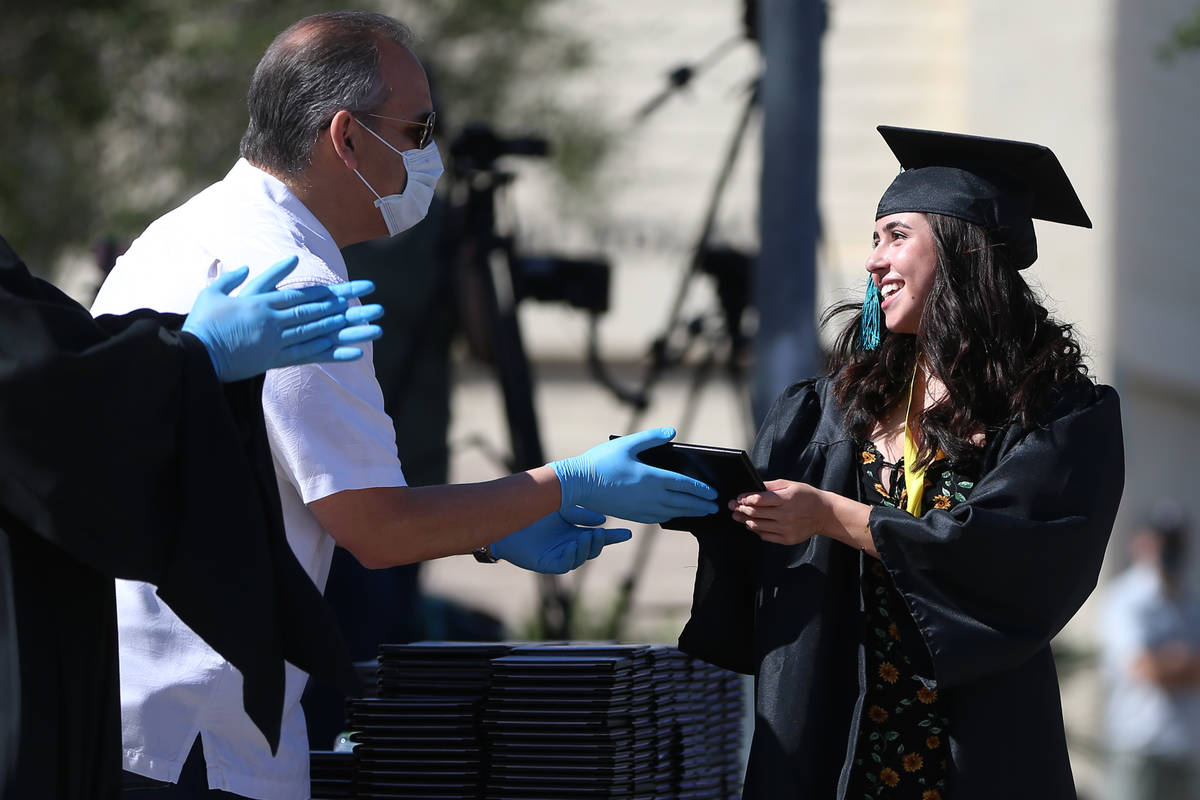 Clark County School District Superintendent Jesus Jara received an evaluation from the Board of Trustees at a special meeting Thursday night, scoring highest for collaborative leadership and monitoring the district’s progress, and lowest for effective communication.

Thursday’s evaluation was a formative evaluation covering January to June 2020, which included the rollout of the district’s human capital management system, the period of school closures and the first steps toward reopening. It will be used to inform an end-of-year evaluation.

Jara received his first summative evaluation from the board in December 2019 for the first 18 months of his tenure as superintendent, though the evaluation criteria then was different than Thursday’s.

This time around, trustees were asked to rate Jara on four qualities related to his role: providing operational oversight, monitoring progress, leading collaboratively and communicating effectively, all of which had been previously agreed upon in creating the evaluation rubric.

The evidence for each was submitted by Jara.

Each category was then broken into subcategories and subtopics, which trustees were asked to rate on a 1-4 scale to compile an aggregate score for each section.

Of the subcategories, Jara scored highest on average for “ensuring major financial decisions are disclosed and addressed in a timely manner with minimal contention,” as well as for consistently reporting the district’s progress to the board.

The superintendent received his lowest scores on average for communicating effectively with district staff and the broader community.

Those results became a primary focus for trustees to recommend action steps for the superintendent.

Suggestions included ensuring more community representation on district working groups and committees, and forming a more effective plan for communicating with the trustees, staff and the community, which will become items on the next evaluation.

In closing comments, Jara thanked the board for their evaluation.

”While I may not agree with some of the assessments, I do consider every time an assessment is done to be valuable feedback for me to improve,” Jara said. “Nobody is more critical of the work we need to do than myself.”

During a period reserved for trustees to request information or future agenda items, Trustee Danielle Ford asked for information on what steps the board would need to take to terminate Jara’s contract, as well as on an agenda item to discuss Jara’s future employment, adding that his contract ends in one year.

Her request was swiftly chastised by Board President Lola Brooks and Trustee Deanna Wright, who said the request was inappropriate and could possibly put the board in legal jeopardy.