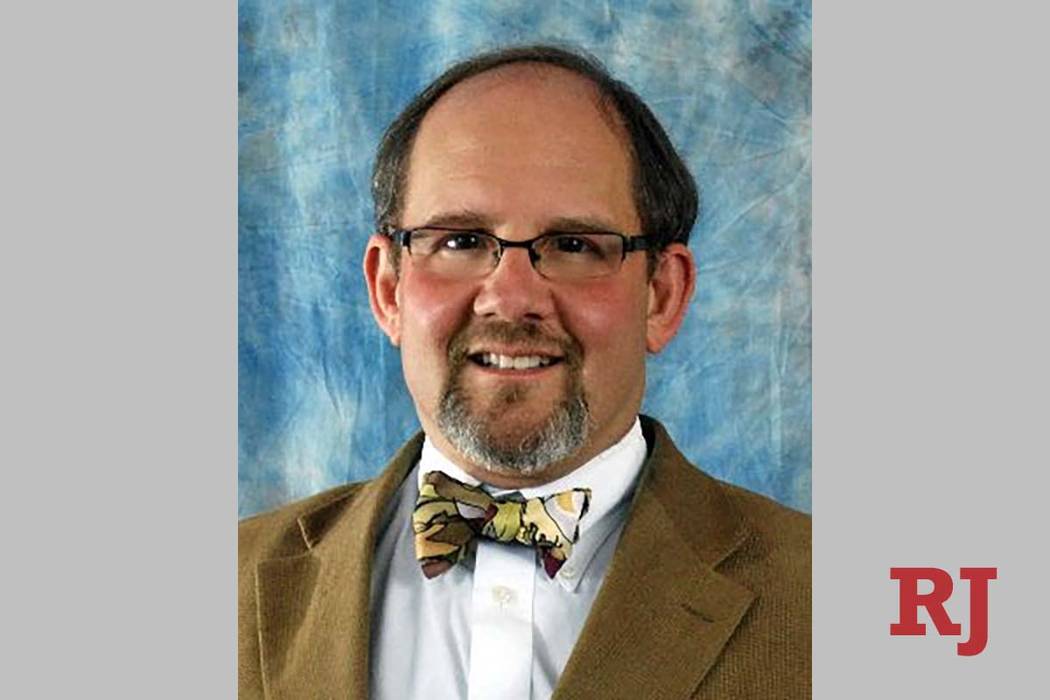 Dr. Marc Kahn is the new dean for UNLV’s School of Medicine. (UNLV)

UNLV’s School of Medicine announced Wednesday that it has hired a new dean.

Dr. Marc Kahn, currently a senior associate dean at Tulane University’s School of Medicine, was hired following a nationwide search and will start on April 1, it said in a news release.

“Dr. Kahn is an experienced leader and innovator who will continue the upward trajectory of our UNLV School of Medicine,” university President Marta Meana said in a statement. “We were extremely pleased with the high caliber of candidates who stepped forward to lead the school, which speaks to its growing positive reputation across the country.”

Kahn will assume the position currently held by Interim Dean Dr. John Fildes, who stepped into the role in September after founding Dean Barbara Atkinson announced she would transition to an advisory role.

Fildes — who is on call one day a week at University Medical Center’s trauma unit in addition to being interim dean — will return to his role as chairman of the medical school’s surgery department, spokesman Paul Joncich said.

Kahn, a hematologist and medical oncologist, oversees admissions and student affairs departments at Tulane, a private university in New Orleans.

He’s also a professor of medicine and the school’s Peterman-Prosser professor, “a position established to introduce students of science-oriented disciplines to the humanities,” UNLV said in the news release.

Kahn was drawn to UNLV since it’s a newer medical school and that provides an opportunity for innovation, the university said.

“Throughout my career, I have been passionate about developing and accessing novel programs in medical education at both the student and faculty level,” Kahn said in a statement. “UNLV School of Medicine is in a prime position to innovate as it grows and become a national leader.”

The UNLV School of Medicine’s first class began their studies in July 2017. Now, 180 medical students, and nearly 335 residents and fellows are enrolled.

In his new job at UNLV, Kahn plans focus on developing programs that emphasize “adaptive knowledge,” meaning preparing medical students for how to apply their knowledge in different situations, according to the news release.

Kahn is also looking at the possibility of developing team-based collaborative medical programs, which could include nurses, dentists and social workers.

In addition to his medical training, Kahn earned a master of business administration degree with concentrations in finance and international business. He was instrumental in developing Tulane’s medical MBA program and a bachelor of science/medical doctor program where students spend one year with AmeriCorps VISTA, according to the news release.

Before becoming a senior associate dean, Kahn was director of the MD/MBA program, chief of staff at Tulane University Hospital and Clinic, and medical director of the Tulane Physician’s Organization. He was also chief medical resident at the Hospital of the University of Pennsylvania.

Fellow at Royal College of Physicians

He was elected a fellow of the Royal College of Physicians of London — the oldest medical college in England — in September. And he’s a member of the hematology board for the American Board of Internal Medicine and chairman of the American Society of Hematology Committee on Educational Affairs.

Kahn is married and has two children.

The UNLV School of Medicine is housed at the Shadow Lane Biotech Research Center and leases a building on Charleston Boulevard for its administrative offices.

In November, Gov. Steve Sisolak announced a plan for a permanent campus funded by $155 million in donations, superseding a plan approved by the Nevada System of Higher Education regents in July to allow the university to pay for the project using $125 million in bonds.

Several plans for a new campus have been floated. The university bought a 9-acre parcel on Shadow Lane in 2017. The Engelstad Foundation pulled a $14 million donation for a new medical school campus in 2018 after news broke of former UNLV President Len Jessup’’s departure.