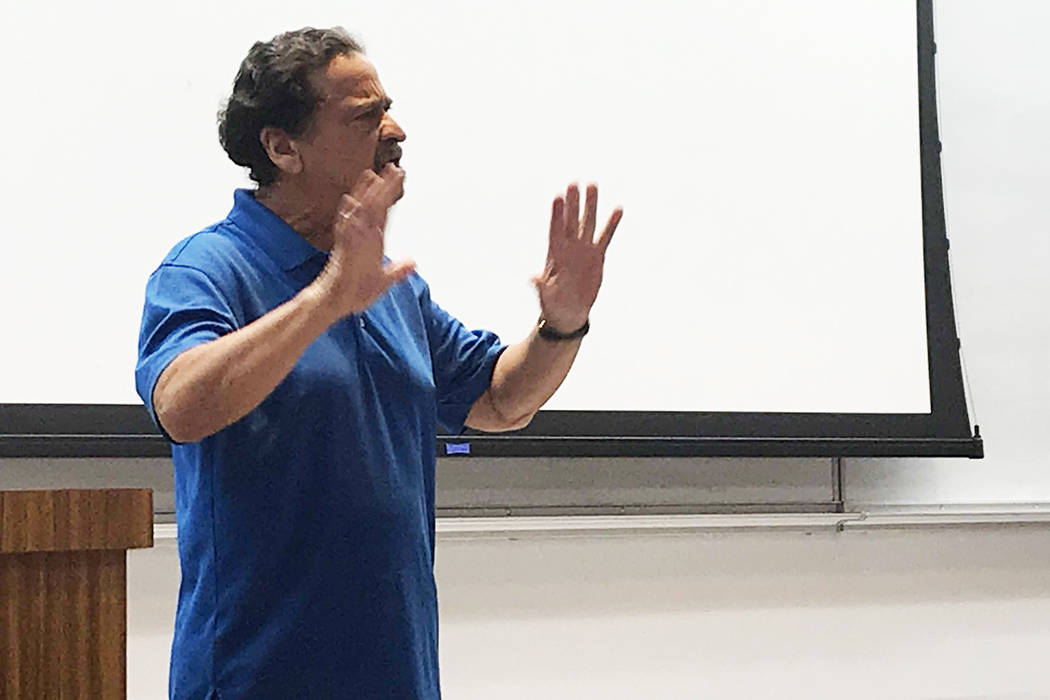 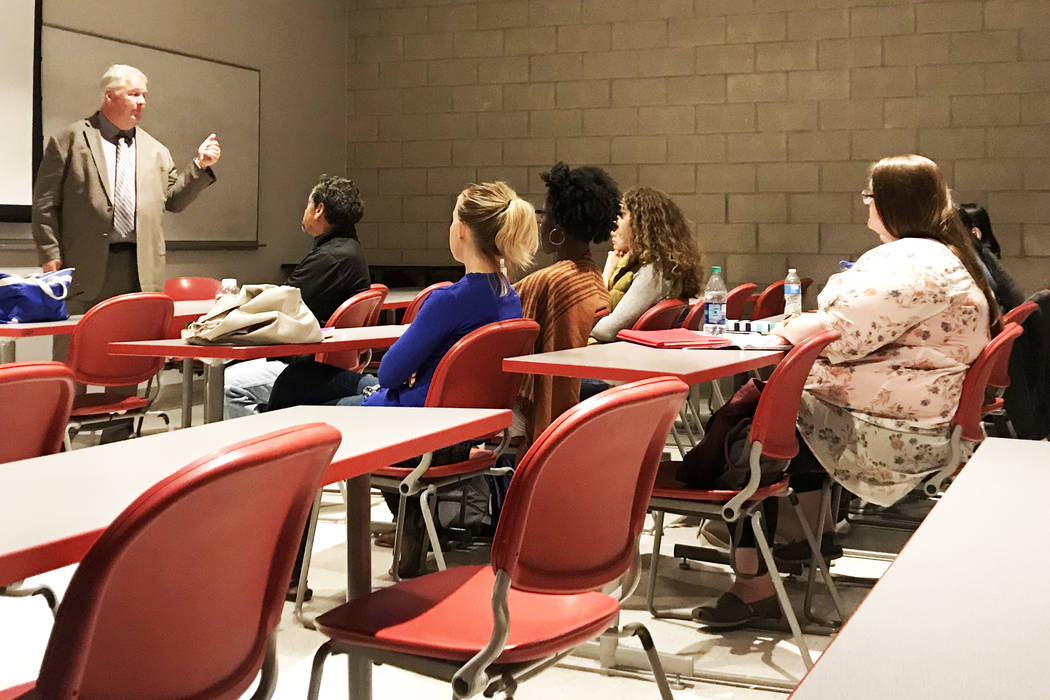 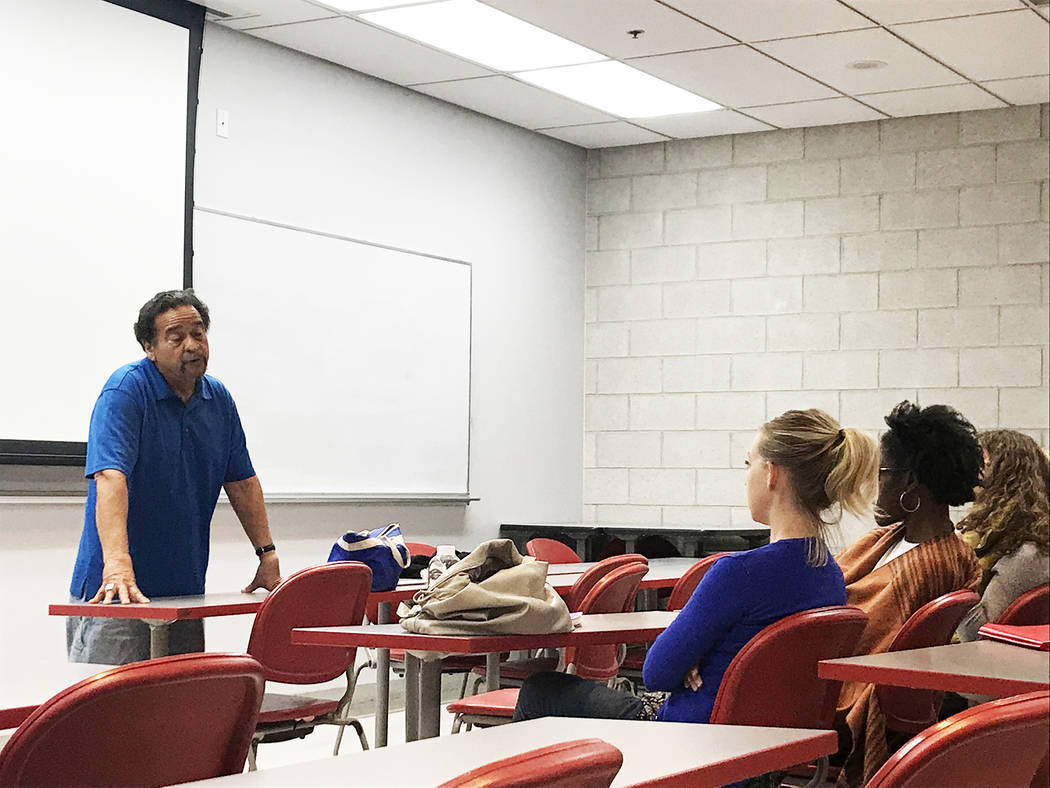 Juan Melendez speaking to a group of UNLV students about his experience on death row in Florida. Rachel Spacek/ Las Vegas Review-Journal @RachelSpacek

Juan Melendez said he spent exactly 17 years, eight months and one day on death row in Florida for a murder he did not commit. The state gave him $100, a pair of pants and a shirt upon his release into a much-changed society.

Melendez, 67, addressed Professor Natasha Mosby’s social work and cultural diversity class at UNLV on April 10. He spoke earnestly about his experience on death row and his years spent dealing with suicidal thoughts, the deaths of friends, and the loss of time and access to family members.

“Unfortunately, my story is not unique,” Melendez told the class of about 15 students. Melendez has spoken nationwide about the dark side of the death penalty; his talk was put on by the Nevada Coalition Against the Death Penalty, an activist group dedicated to abolishing capital punishment through education and outreach.

Melendez was arrested May 2, 1984, at age 32 in the death of Delbert Baker, whose body was found in September 1983 at the school of cosmetology he owned in Auburndale, Florida, according to The National Registry of Exonerations.

Melendez said he knew maybe five words in English at the time, after moving north from Puerto Rico, and didn’t understand much of what was going on in court. After a few days, he was sentenced to death and waited for years at a prison near Jacksonville.

“I had shackles on my legs, a chain around my waist, handcuffs on my wrists,” he said.

Other inmates taught Melendez how to read, write and speak English.

“I wouldn’t have been able to survive it if it wasn’t for them,” he said.

Melendez said the prison was infested with rats and roaches.

Melendez said letters from “Mama” and five aunts, as well as dreams of the beaches in Puerto Rico, kept him going. No other friends or family members wrote to him, he said.

Melendez and his lawyers spent years filing appeals until finally, in 2000, a new investigator in his case discovered a tape in which another man confessed to killing Baker. Several witnesses said the man had also confessed to them. A judge vacated Melendez’s conviction Dec. 5, 2001, and he was released Jan. 3, 2002.

“I was not saved by the system; I was saved in spite of the system,” Melendez said.

There are 60 pending capital cases in Clark County. That’s compared with 30 in Los Angeles County — which has a population four times the size of Clark County’s — Coffee said.

Clark County is “way out of whack with the rest of the country,” he added.

A bill in the Legislature that would have abolished the death penalty, Assembly Bill 149, wasn’t given a hearing. 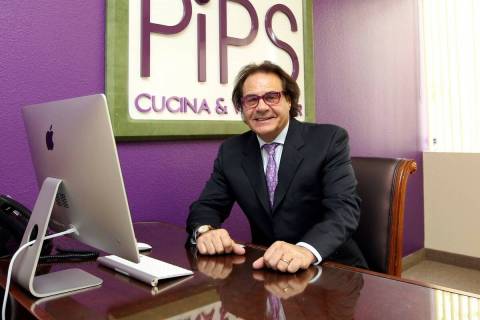