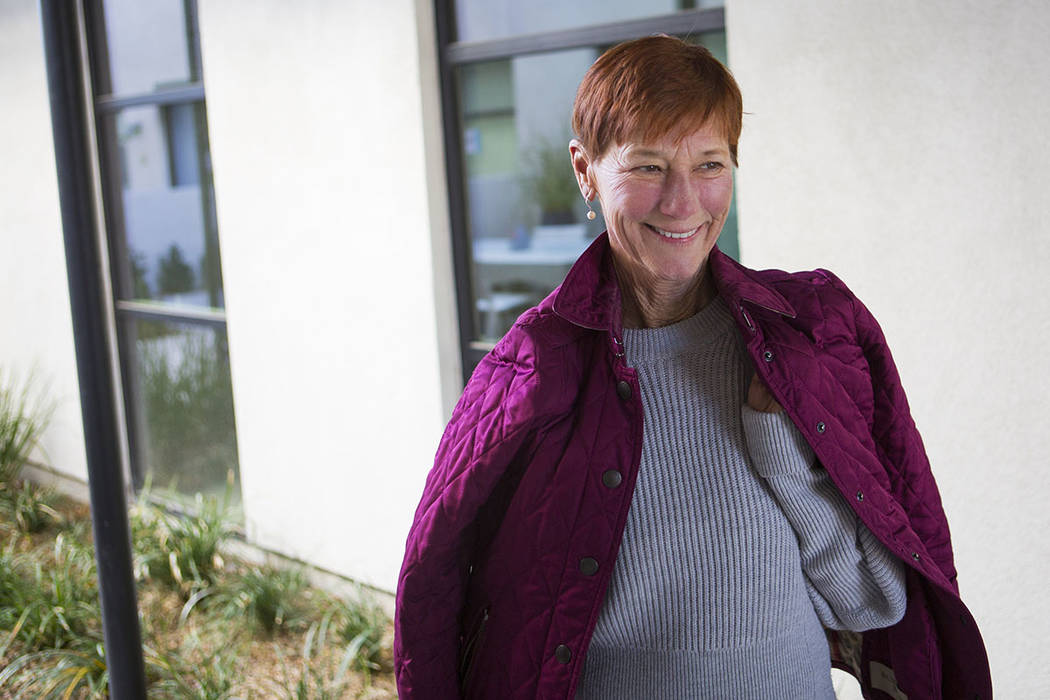 Beverly Rogers talks about The Lucy, a multipurpose creative residency created by Rogers that will also be the home to the Writers Block bookstore, in downtown Las Vegas on Wednesday, Jan. 23, 2019. (Chase Stevens/Las Vegas Review-Journal @csstevensphoto)

UNLV’s Lied Library has received a $5 million endowment to establish a rare books curator and build its special collection from alumna Beverly Rogers of the Rogers Foundation.

Rogers will also donate her personal collection of more than 1,300 books, which includes a first edition of the collected poems of John Donne, later annotated by George Eliot, as well as other first editions of Victorian works and books by John Steinbeck. Rogers’ collection is valued at $1 million.

The donation represents the largest ever endowment and first named position at the library. The Beverly Rogers Rare Books Curator will be tasked with creating engaging exhibits and looking for opportunities to grow the collection.

“I am thrilled to establish this endowment for the UNLV Libraries because UNLV is my school. I have a relationship with people in several departments and am excited about what this collection could mean for students, faculty, and the university,” Rogers said in a statement issued by the university. “When I first met with members of the University Libraries team, they shared my vision for what the collection could mean and will continue enhancing and growing it to benefit all at the university and beyond.”

The library will feature Rogers at a guest lecture titled “Victorian Connections and the Evolution of a Book Collector,” on Oct. 3 from 5-7 p.m. in the Goldfield Room at Lied Library.