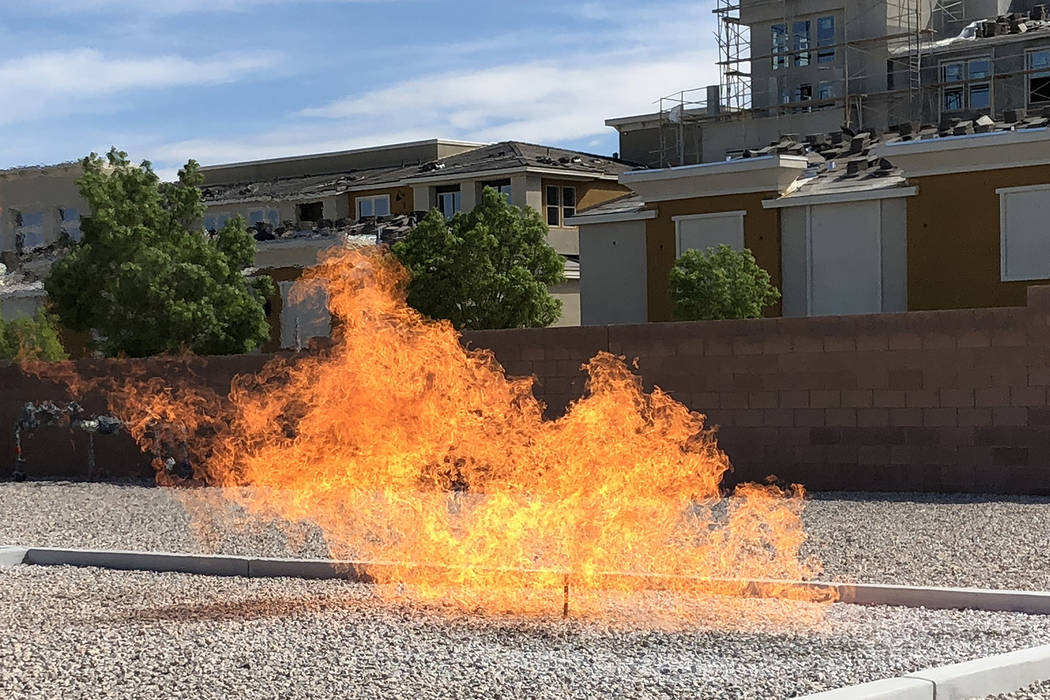 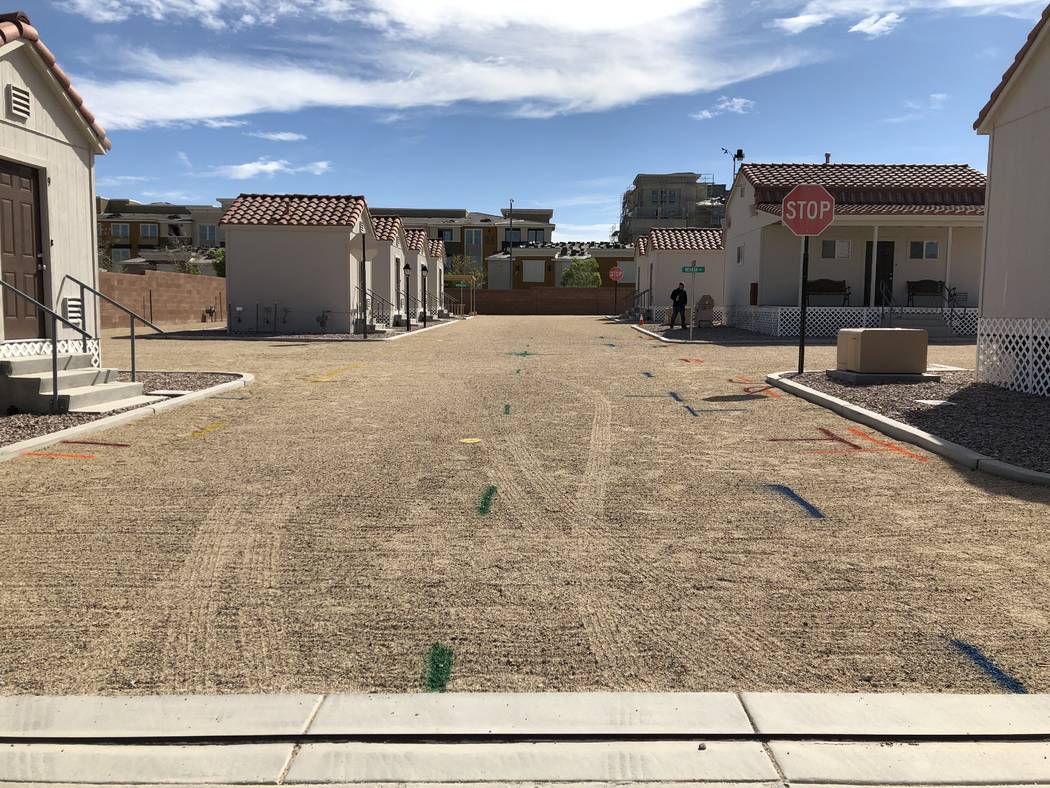 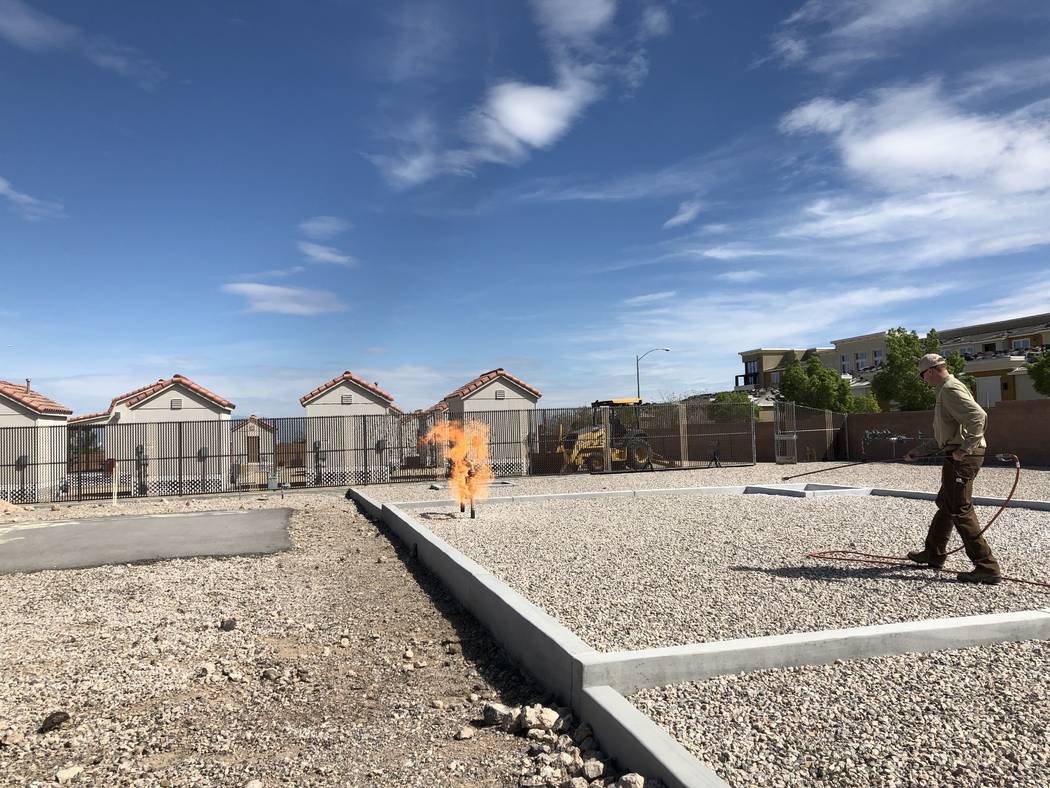 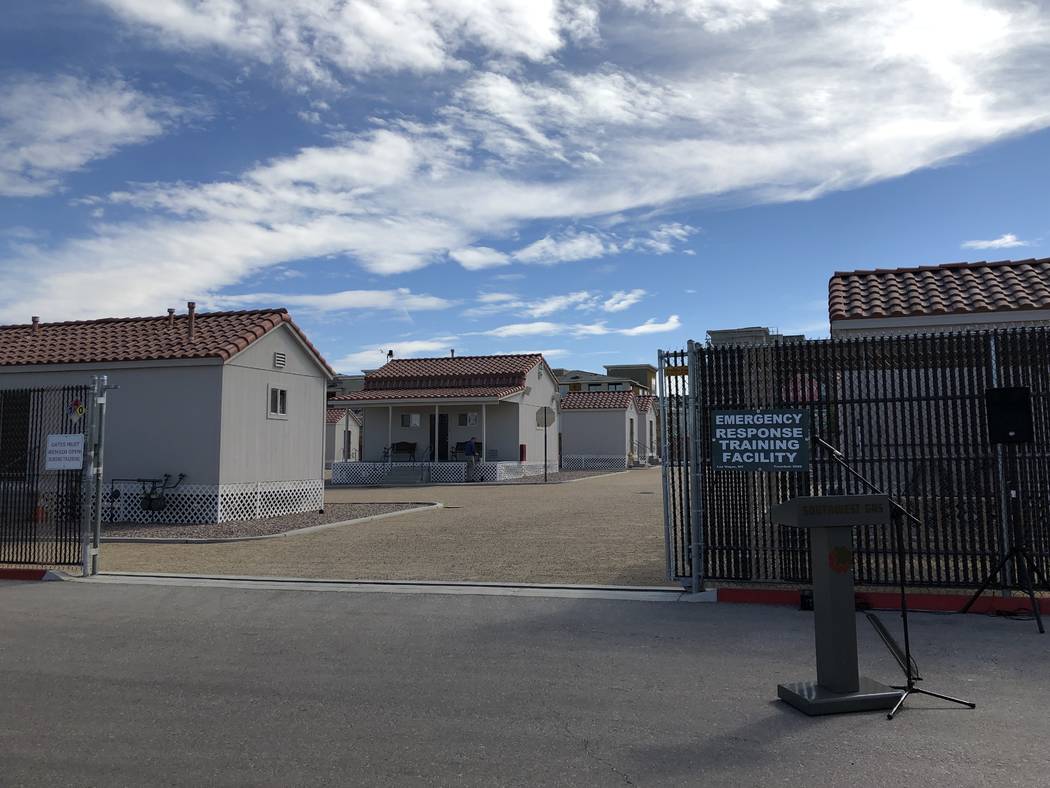 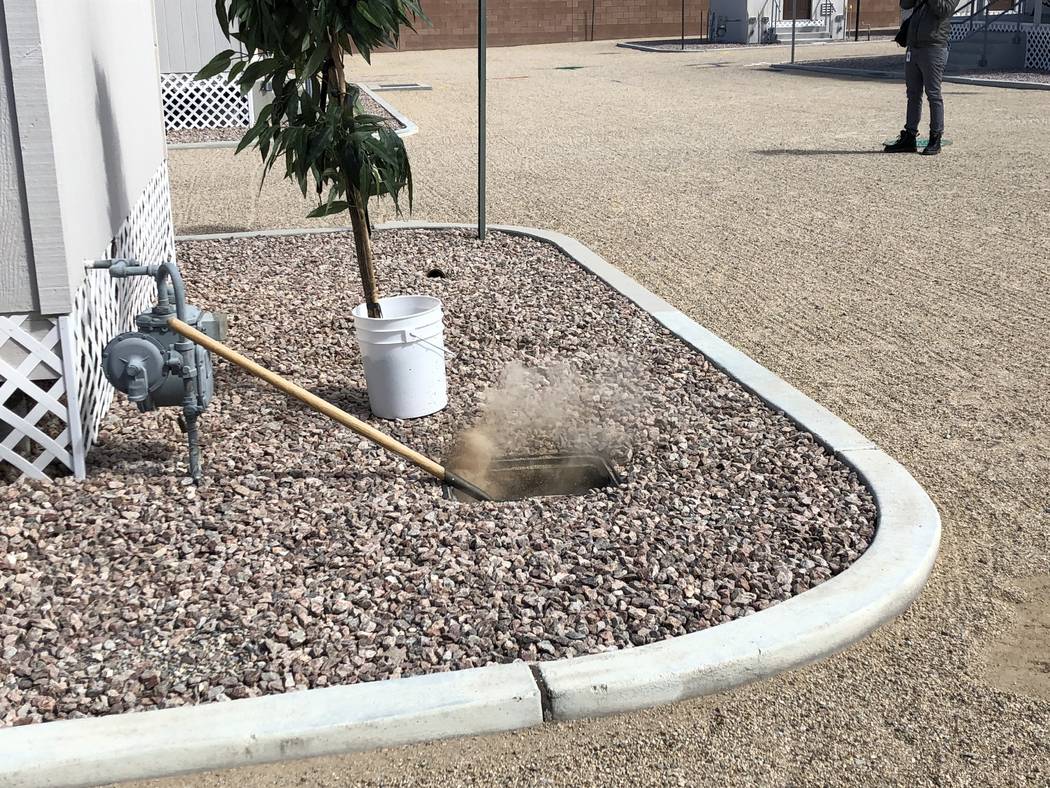 Southwest Gas kicked off National Safe Digging Month by demonstrating how dangerous it can be to not call 811.

At the utility’s emergency response training facility in southwest Henderson, a gas leak was set off with a loud hiss, and a flame was brought forward. The gas ignited instantly, setting off a ball of fire as tall as the nearby model homes used to train local fire departments how to respond to gas leaks.

Dennis Bott, the administrator of damage prevention activities at Southwest Gas, said at the demonstration on April 5 that the utility is trying to remind the Las Vegas Valley’s residents that it’s not only professionals who have to call 811 before they dig.

The number “isn’t just meant for large construction projects,” Bott said. “If you’re installing a mailbox or a fence post, fixing an irrigation system, you’re at risk of hitting a line.”

The 811 number sends out locators who mark where it is unsafe to dig, identifying areas with obstructions like electric and gas lines. Bott said digging in the wrong spot could lead to explosions, injury or death.

“Unfortunately, we still see way too many incidents stemming from not calling 811,” he said.

Last year, there were 60 incidents in Southern Nevada in which a line was damaged because no call was made to 811, Bott said.

Those incidents can take hours to resolve, and keep fire department resources away from other emergencies.

“Those resources are tied up for something that’s very preventable,” Hollis said.

Still, a survey from Common Ground Alliance found 42 percent of homeowners said they wouldn’t call 811 for projects like installing fences or building a deck.

After learning where the digging site is and the type of work planned, 811 will notify all of the affected utility companies and send a locator to mark buried lines.

Those planning to dig are asked to mark their work area in white, and locators will in turn mark the location of underground lines; red is for electric lines, orange is for telecommunication lines, blue is for water lines, green for sewer and yellow for gas.

For those who do suspect a broken gas line, Bott said, there are a few signs to watch out for.

The line will often make a loud hissing noise and produce a gas that smells similar to rotten eggs. Bubbling water or dirt and water blowing into the air are also indicators.

“If you see any of these signs, leave the area immediately,” Bott said.