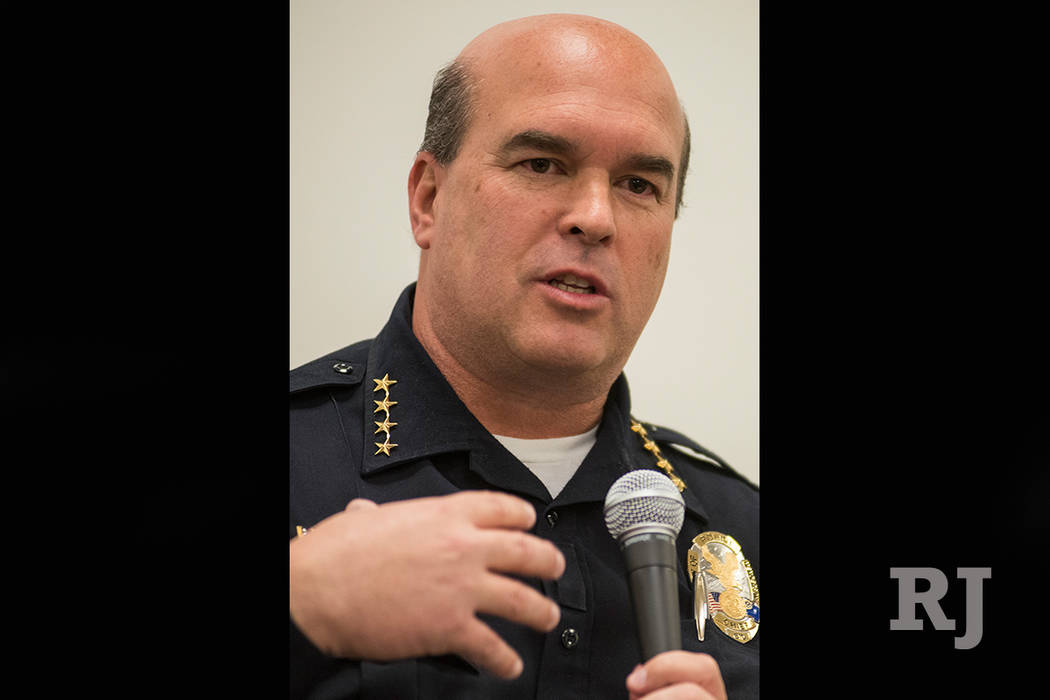 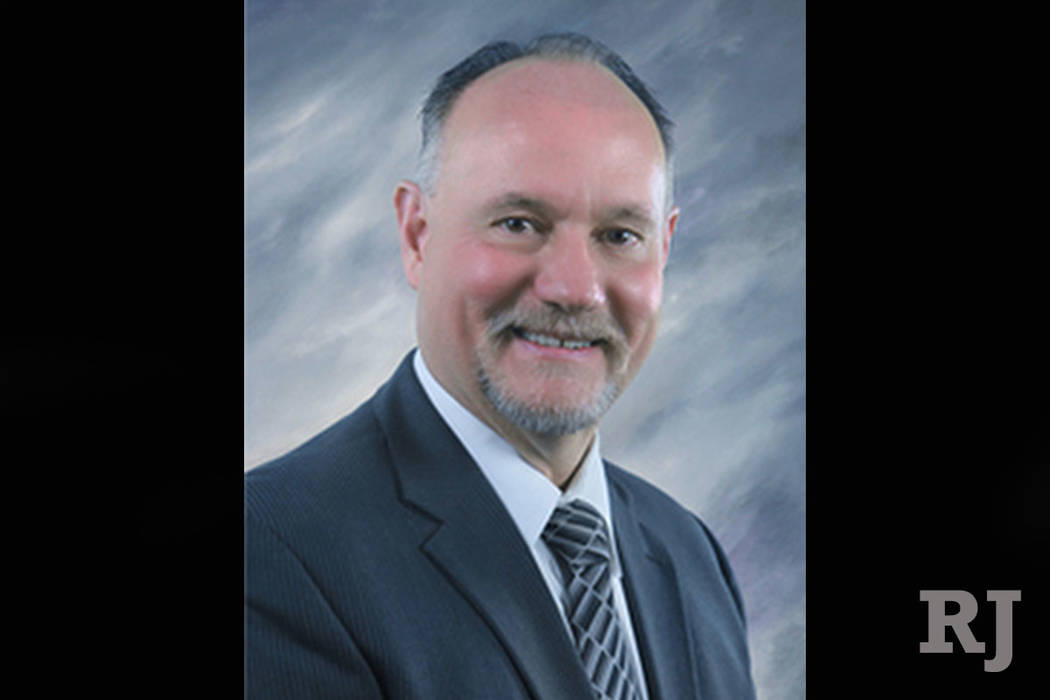 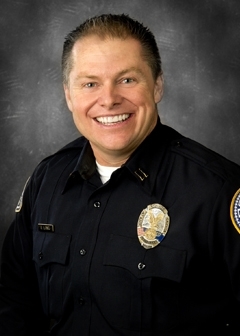 Bobby Long, former deputy chief of the Henderson Police Department. Sources told the Las Vegas Review-Journal that Long was forced out of the department last year because he was hostile toward at least one city employee. (Courtesy, city of Henderson) 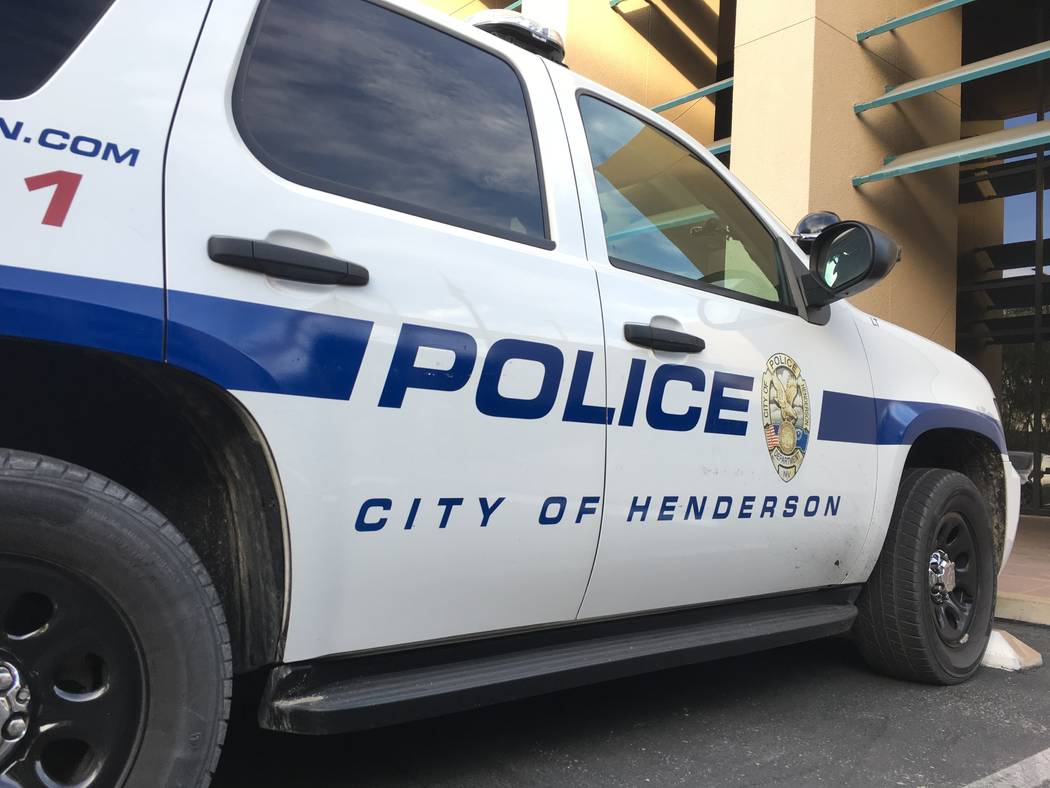 Sources told the Las Vegas Review-Journal that sexual harassment is a problem within the Henderson Police Department. 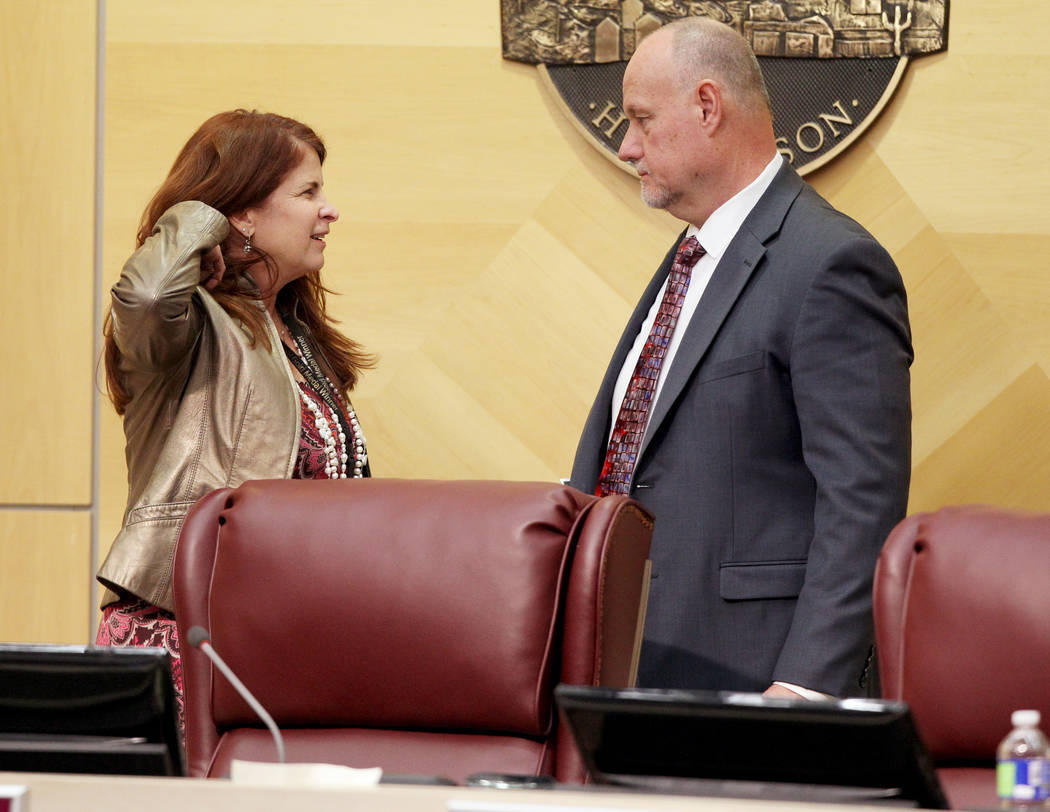 Editor’s note: The Review-Journal has granted anonymity to multiple sources with knowledge of sexual harassment within the Henderson Police Department and city of Henderson government to protect them from retribution.

A sexual harassment investigation forced out Patrick Moers as Henderson’s police chief last year, but city leaders concealed the reason for his ouster and misrepresented the nature of his separation, the Las Vegas Review-Journal has learned.

The decision to classify Moers’ departure as voluntary was costly to city taxpayers — it allowed him to cash out more than $163,000 worth of unused paid time off. If Moers had been fired for cause, he would have collected nothing.

Moers’ ouster, the additional claims and city leaders’ aversion to openness are byproducts of broad dysfunction within city government, a source said. Officials in key positions are aware of harassment problems, but they protect one another and target those who bring complaints against the city, multiple sources said.

Several sources said Moers was forced out after an outside law firm’s investigation found that he repeatedly sexually harassed at least one victim starting in early 2016.

Moers could not be reached by phone for comment, but he responded to questions about his exit from the Henderson Police Department with a text message: “Not sure why you are working on the same story for 8 months. I retired.”

Blackburn denied he is being investigated by the city.

“This is a rumor,” he told the Review-Journal on Jan. 2. “There’s never been any sexual harassment claims made against me at the city of Henderson that I’m aware of.”

Blackburn, who acknowledged the sexual harassment claim in North Las Vegas, said he did not have a relationship with former North Las Vegas employee Pamela Dittmar — who filed the claim — and alleged she was having “employment challenges.”

Henderson City Manager Bob Murnane, who could not be reached for comment on this story, disregarded the North Las Vegas allegation when he hired Blackburn the following year.

“We did look through that,” Murnane told the Review-Journal in 2016, citing an investigation that did not substantiate Dittmar’s claims.

Blackburn, who worked for the city of Henderson from 1993 to 2009, worked for North Las Vegas for about seven years before becoming Henderson’s assistant city manager in 2016.

In November, Dittmar filed a federal lawsuit against North Las Vegas, alleging that Blackburn offered to protect her from retribution by North Las Vegas Mayor John Lee, but Blackburn “made an unwanted sexual advance,” according to the complaint.

“There’s a culture of fear inside the city,” a source said. “The culture stems from the City Council. Practically everyone has been appointed. They pick their friends.”

Of the five members of the Henderson City Council, only Councilwoman Gerri Schroder gained office exclusively through election. Mayor Debra March and Councilmen John Marz, Dan Stewart and Dan Shaw were first appointed to the council to fill vacant seats. Such appointments are approved by council members themselves.

This month, Michelle Romero, who worked for the city of Henderson for 25 years and has ties to public relations specialist Elizabeth Trosper, announced her 2019 candidacy to replace term-limited Schroder in Ward 1. Trosper Communications has run several campaigns for current and former Henderson council members, including March.

The source said March, who was a councilwoman and had not been sworn in as mayor when Moers left, knows about the sexual harassment allegations but has done nothing to change the culture of the city. By reaching a “voluntary” separation agreement with Moers, the city could keep the allegations quiet, and the former chief could save face and cash out.

“They think they are able to get away with everything, because clearly they have,” the source said. “The separation agreement was a cover-up.”

March wouldn’t speak about Moers’ separation, but said the city has a zero-tolerance policy toward sexual harassment.

“This coming year is a ripe time for us to review the city charter to determine if the role of mayor and council should be more involved in operational and supervisory decisions,” March told the Review-Journal in December.

None of the four council members returned phone calls seeking comments. Marz hung up on a Review-Journal reporter after she identified herself.

Todd Peters was named acting chief — and was a finalist for the top job — after Moers and then-Deputy Chief Bobby Long were forced out. Sources said Long was ousted because he was hostile toward at least one city employee.

Peters retired Nov. 30 and now is the chief security officer for The Adelson Educational Campus, a private school in Summerlin. He could not be reached for comment on the culture within the Police Department.

When asked about issues within the Henderson Police Department, new Police Chief LaTesha Watson said she has not been made aware of sexual harassment allegations.

“I’m female and I do not tolerate this type of behavior,” Watson said. “But this is not something that I have been told.”

Watson referred all other questions to city spokesman David Cherry, who said sexual harassment allegations cannot be publicly discussed because they are personnel matters. It’s a refrain often used by city officials.

“The City of Henderson has a comprehensive workplace policy that strictly forbids sexual harassment, discrimination and other forms of this prohibited behavior,” Cherry said in an email. “Any allegation involving a violation of the city’s sexual harassment policy is taken seriously and is promptly investigated.”

Multiple sources told the Review-Journal they do not trust Henderson’s Human Resources Department because there are “too many connections everywhere.” Others said they don’t believe city officials will help them.

“They protect all of their friends and no one ends up doing anything about these complaints,” one source said.

In many instances, employees who complained said they experienced hostility from co-workers — sometimes from the person they complained about.

The same problem exists within the Police Department’s internal affairs division, according to multiple Henderson police officers who spoke on the condition of anonymity for fear of retaliation.

“You become a target,” said one officer who spoke on the condition of anonymity. “City officials know about this, but they fight to keep things under wraps.”

March, who made government transparency a focus of her campaign when voters elevated her from the City Council to the mayor’s office, told the Review-Journal in December that Henderson’s “culture of fear” is unacceptable.

“We are going to change the culture,” she said.

Moers sexually harassed a police employee for about a year, a source said, but the victim waited several months to speak out because she feared for her job. After she rejected Moers’ advances several times, Moers began to retaliate against her, the source said.

She finally reported the issue to a city official on May 9, and an investigation was launched, a source said.

March told the Review-Journal in May that Moers was investigated over the distribution of mailers to business owners seeking financial support for the Friends of the Henderson Police Department Foundation. The mailer included Moers’ photo and an image of a city of Henderson police badge and said in part that the foundation was “created solely to support the Henderson Police Department and our mission.” Two business owners who were foundation board members had contracts with the city.

However, in a response to a Las Vegas Review-Journal public records request, the city revealed it hired the law firm Littler Mendelson, P.C., to investigate complaints against Moers and Long.

Moers and Long were placed on administrative leave May 18, and their employment with the city ended May 31. The simultaneous exit of the top two lawmen in Nevada’s second-largest city was treated as a news dump, announced in an email sent at 5:02 p.m. on Thursday, June 1, 2017. (Henderson government offices are closed Fridays.)

Under the separation agreement, the city paid Moers more than $163,000 and Long almost $229,000 in accrued paid leave, compensation they would not have received if they were fired. Moers’ payout nearly matched his annual salary of $185,300.

The city also agreed to provide both former employees with a retired officer wallet badge and retirement identification.

“The City will not comment specifically on former Chief Moers and Former Deputy Chief Long, but if an at-will employee were terminated for cause, then he or she would not be eligible for payout of accrued unused sick leave or paid time off, per City policy,” Cherry wrote in an email. “The only exception would be if the City chose to execute a severance agreement with the employee.”

“The purpose of having these is two-fold,” said Steve Grammas, president of the Las Vegas Police Protective Association. “One, it’s a memento for your years in service at the police department, and two, the ID allows you to carry a concealed weapon. That’s the only actual benefit.”

In 2015, former Henderson police officer Tiffany Dunsworth-Hampton filed a lawsuit claiming that male colleagues harassed and discriminated against her because of her gender.

The lawsuit alleged that for more than two years, Dunsworth-Hampton was approached by several male officers who would meet up after service calls or during down time and help her with her reports or give her advice. Several times after these meetings officers would text her and ask her out for drinks.

When Dunsworth-Hampton turned down the advances, statements began circulating that because she is a woman she was too small for the job.

Moers, who became police chief in July 2012, was at the helm of the department during the period in which Dunsworth-Hampton alleged she was harassed.

The case was settled. Dunsworth-Hampton has since moved out of state and is a stay-at-home mother.

Emily Martin, general counsel and vice president for Workplace Justice, a nonprofit that advocates for equality for women, said comments about a person’s body, sex life or sexual jokes send messages about the workplace culture.

“While this may not cross a legal line, employers should take this seriously as a matter of policy and workplace discipline,” Martin said. “Such comments can create a set of what’s OK at work and lead to very serious consequences.”

The Review-Journal is owned by the Adelson family, founders of The Adelson Educational Campus.