Two of Las Vegas Valley’s earliest newspapers have been digitized and are available to the public through the UNLV University Libraries’ Special Collections and Archives Division.

Before the digitization, microfilm versions were available at UNLV’s Lied Library or through the Nevada State Museum.

Stacy Fott, project manager of the Nevada Digital Newspaper Project, said that when she started in late November 2017, she had some physical newspapers and microfilm but was missing many issues of the papers. She went to the Nevada State Library and Archives in Carson City, the Nevada State Museum, Las Vegas and the Las Vegas-Clark County Library District.

At the end of the project, which took about 18 months to complete, she was only missing six issues of the Times and two issues of the Age.

Cory Lampert, head of Digital Collections at UNLV, said Fott was “a detective, finding different pieces of the papers and systematically piecing them together.”

“You can find some disturbing things in these papers. Some of it was just the language of the times, xenophobia against foreigners in Nevada, there are references made to certain racial groups that we would never say in the paper now, but it is a good way to see how language changes over time and how not everything in our history …” Lampert said.

“These are our first draft of history, the only things around that can tell us what was important and what people were doing back then,” Fott said. “They were the first papers and the only reference we have.” 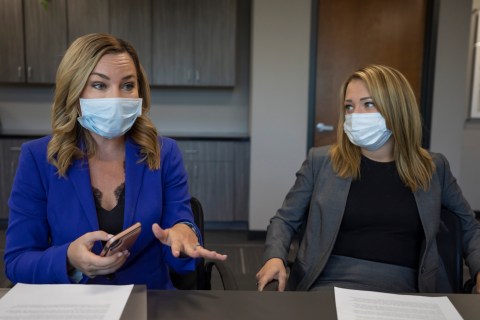