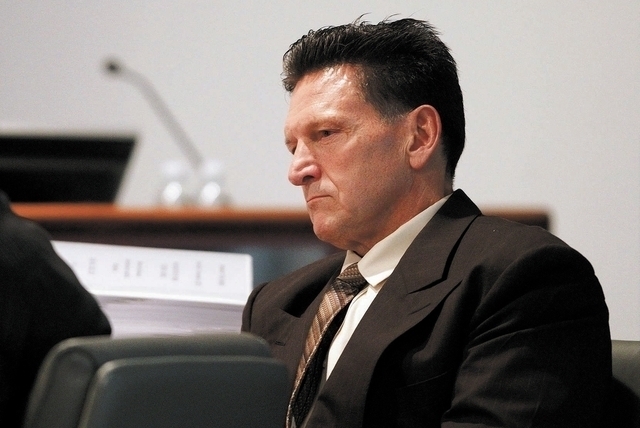 The Nevada Commission on Judicial Discipline is moving forward with another complaint against suspended Family Court Judge Steven Jones.

Paul Deyhle, the commission’s executive director, said Tuesday that Jones has 30 days to answer the complaint, and the commission will then meet to decide whether to file a formal statement of charges against the judge.

The case, launched in 2006, includes allegations Jones was involved in several investment schemes, associated with ex-felons, improperly handled drug evidence and once had an “intimate relationship” with a law student who worked for him.

Jones, 56, who was first elected to the Family Court bench in 1992, went to the Nevada Supreme Court to block the investigation, but the high court last month refused to do it.

The allegations are separate from charges the commission sustained against Jones in December that were tied to his handling of an affair with the late former prosecutor Lisa Willardson while she appeared before him.

The commission suspended Jones without pay for three months Feb. 3 after finding his relationship with Willardson violated rules of conduct for judges because he didn’t disclose it.

The Clark County coroner ruled Willardson’s death an accident. She had a combination of lethal anti-anxiety and sleeping medications in her system, the coroner concluded.

Jones and his lead lawyer, James J. Jimmerson, sought relief in the 2006 case from the high court on grounds the commission violated the statute of limitations and his due process rights when it waited until July 2012 to formally inform Jones of the investigation.

But the Supreme Court concluded that the judge’s rights were not prejudiced by the commission investigation and the court’s intervention was not warranted at this time.

The court said Jones could lodge an appeal if the judicial commission takes further action against him.

Jimmerson could not be reached for comment Tuesday on the commission’s decision to move forward with the 2006 case.

Jones is accused in the case of participating in the investment schemes as far back as 1996 and that one of the felons he dealt with was his former brother-in-law, Thomas Cecrle.

Federal authorities consider Cecrle the central figure in a $3 million investment scheme with Jones that occurred between 2002 and 2012. The two men were indicted by a federal grand jury in the scheme with four others in October 2012. They are to stand trial June 3.

The judicial commission case also alleges Jones tried to pressure his former bailiff, Robin Whisman, into loaning another felon, Victor Hancock, $18,000 in 2004 and 2005.

Jones also is accused of having an “intimate relationship” in 2002 with Michelle Taylor, a law student working for him.

She married after the relationship ended, and Jones several years later allowed her to practice in his courtroom without disclosing the old relationship with her, according to the proposed complaint.

Another allegation involves marijuana submitted as evidence by an attorney in a January 2007 child custody case before Jones.

According to the complaint, Jones took the marijuana home, where his then-girlfriend Amy McNair smoked the evidence.