Battaglia is a member of Troop 11. For his Eagle Scout service project, he organized volunteers to assist in the refurbishment of a train engine at the Nevada Railroad Museum.

He is a junior at Foothill High School, where he is on the football and swimming teams.

He is the son of Roxanne Somers and Sandy Battaglia of Henderson.

He is a member of Troop 347 and a senior at Silverado High School, where he is on the cross country and track teams.

Cooper is the son of Dan and Judy Cooper of Henderson.

A 1999 graduate of Chaparral High School, he has been in the Army for 10 years.

Lesperance is the son of Sue Gestring of Las Vegas.

Nik-Nik Ameli of Las Vegas has signed a letter of intent with the University of Notre Dame in Indiana on a fencing scholarship.

She will fence epee on the NCAA Division I varsity team.

Ameli is a senior at Palo Verde High School.

James is a member of Troop 309 and of Venturing Crew 309. He planned and installed two pedestrian bridges and 300 feet of trails at the Whitney Mesa Nature Preserve for his Eagle Scout project.

He is a freshman at Advanced Technologies Academy, where he enjoys mock trial and forensics.

James is the son of Peter and Maria Steele of Henderson.

Santos, a 2008 graduate of Valley High School, is a student at the University of San Francisco.

She is the daughter of Restituto and Helen Santos of Las Vegas.

White is a 2009 graduate of Cheyenne High School.

A 2006 graduate of Centennial High School, Robinson is the son of Melody Robinson of Las Vegas.

Stephanie M. Miller has graduated from basic combat training at Fort Sill in Lawton, Okla. A 2006 graduate of Foothill High School, Miller is the daughter of Kelly Downey of Henderson.

Colin J. Donohue has graduated from Officer Candidate School at Fort Benning in Columbus, Ga., and was commissioned as a second lieutenant in the U.S. Army Reserve.

Donohue, a 2000 graduate of Cimarron-Memorial High School, received a bachelors degree from the University of Nevada, Reno in 2006.

Donohue is the son of Donald Donohue and Susan Donohue, both of Las Vegas. 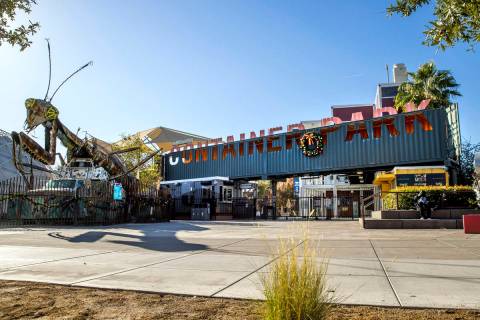