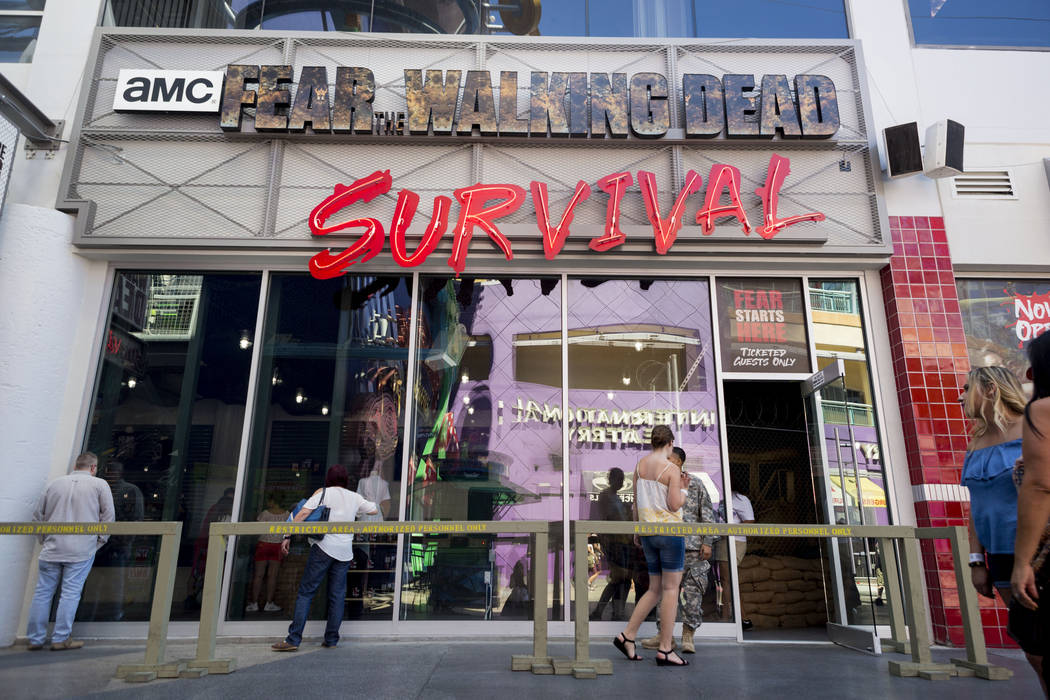 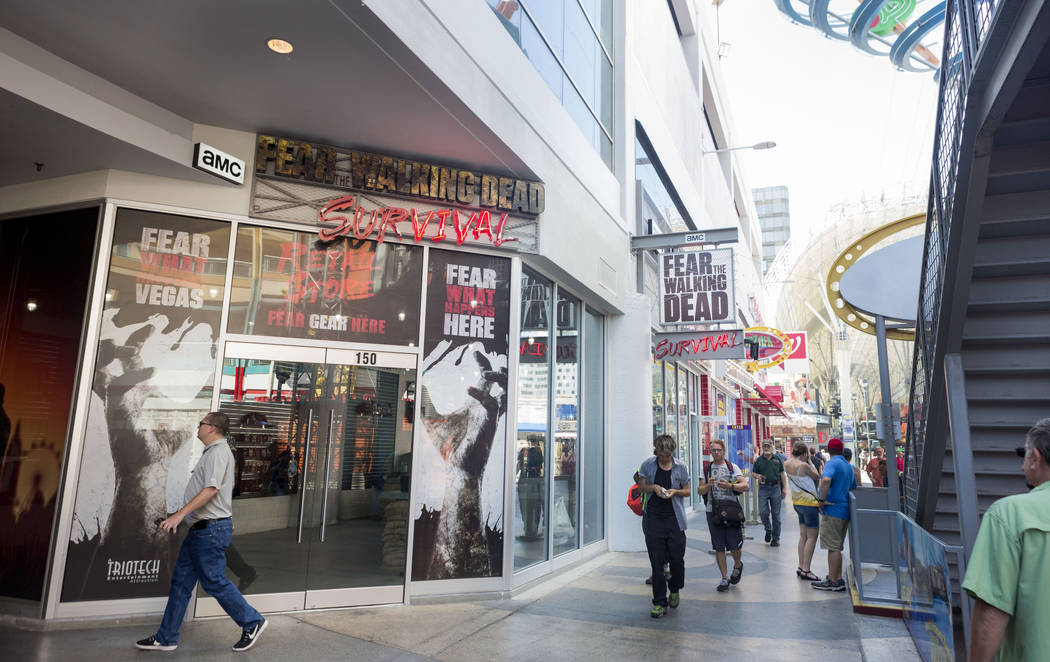 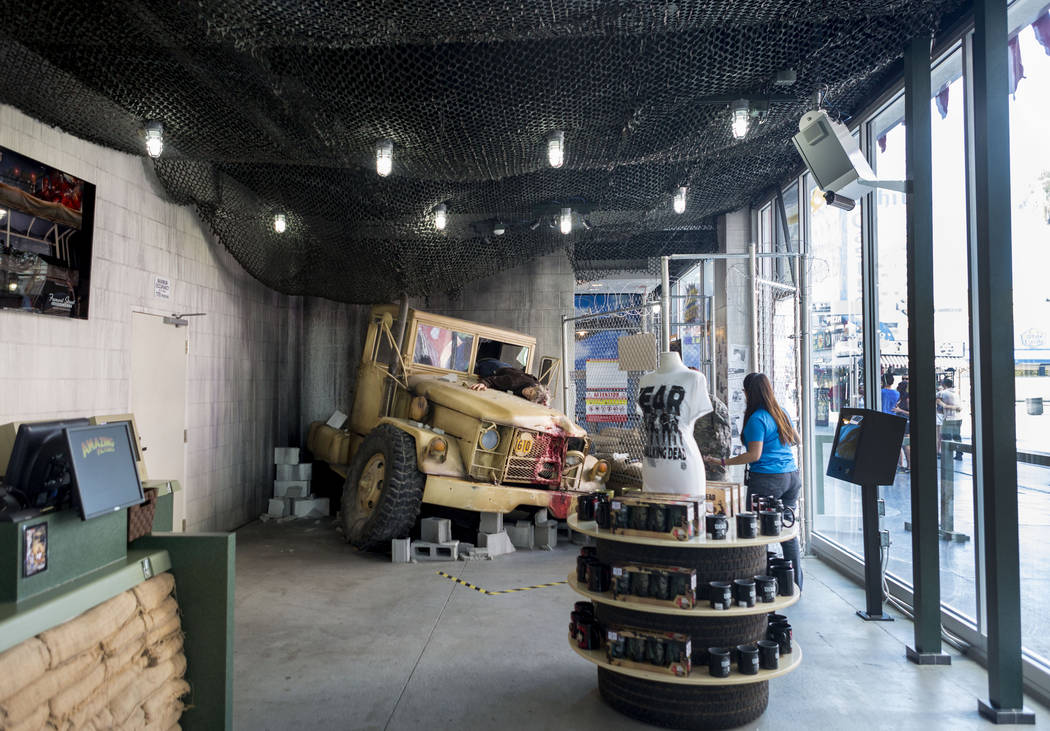 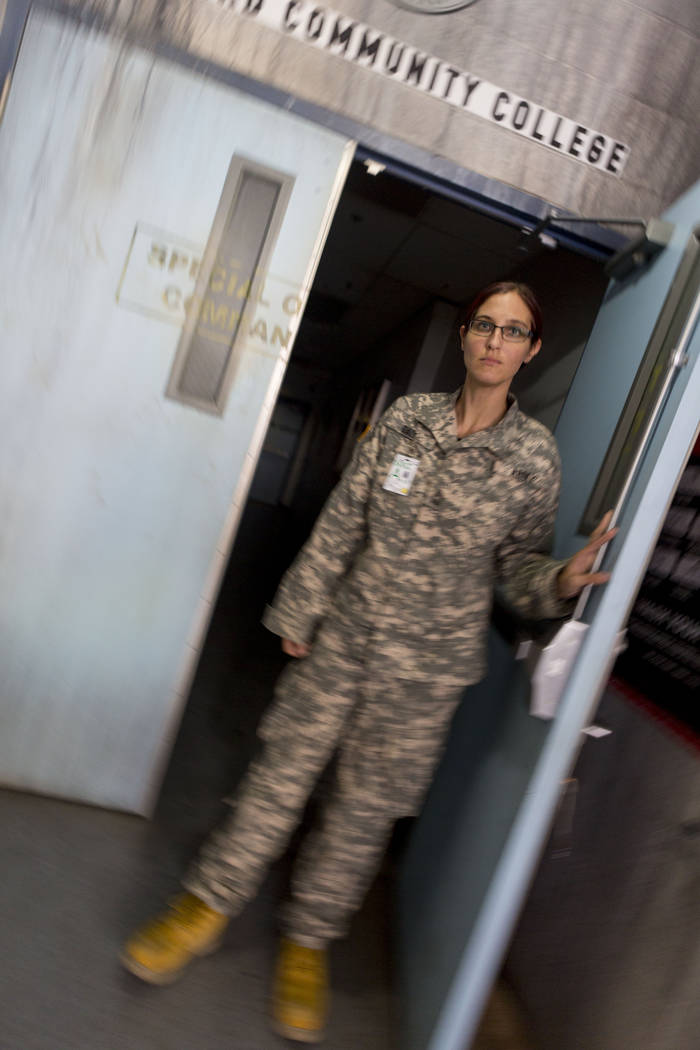 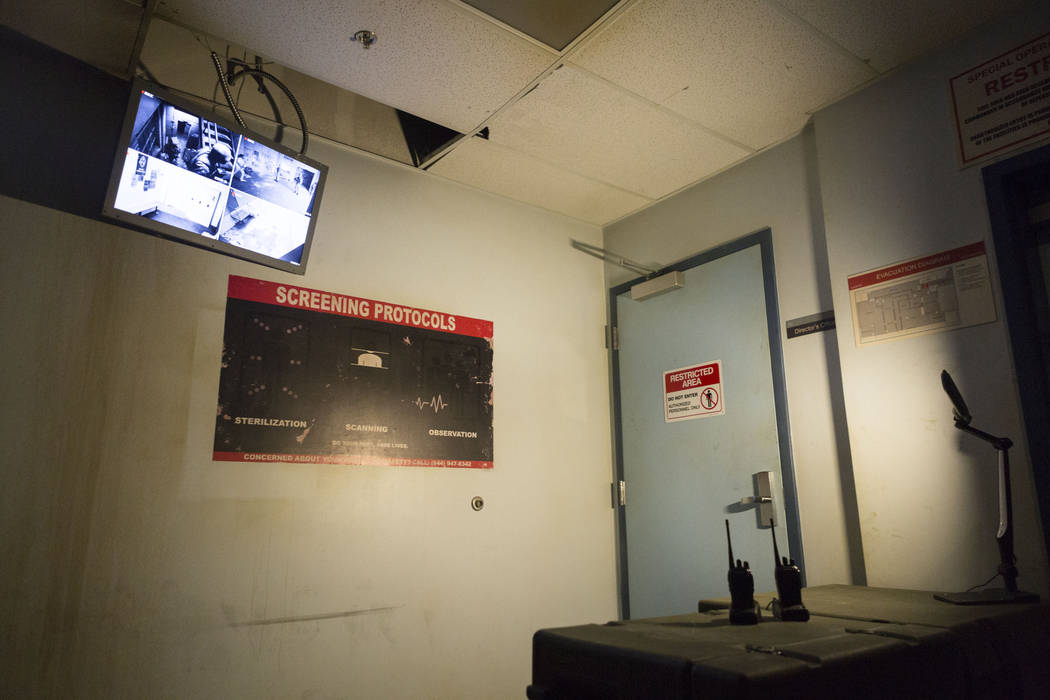 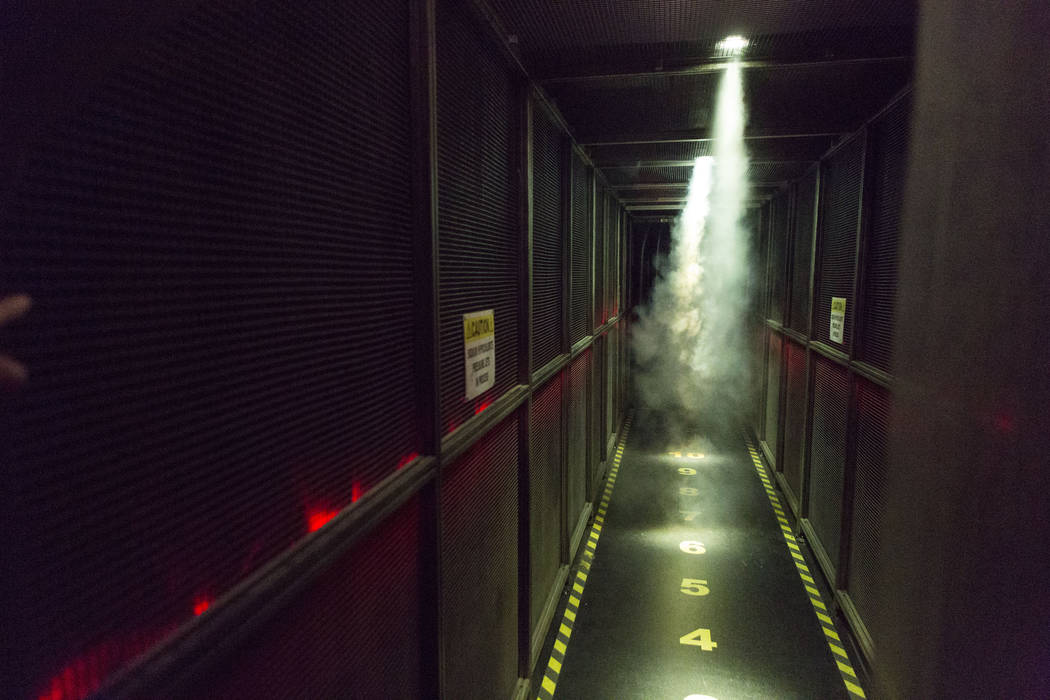 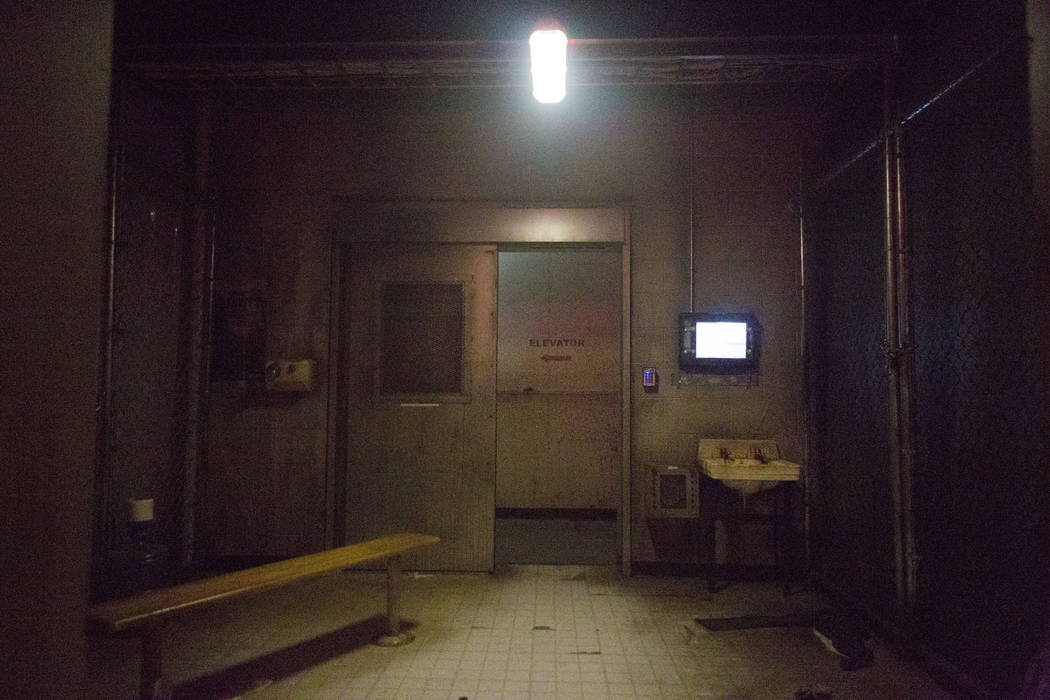 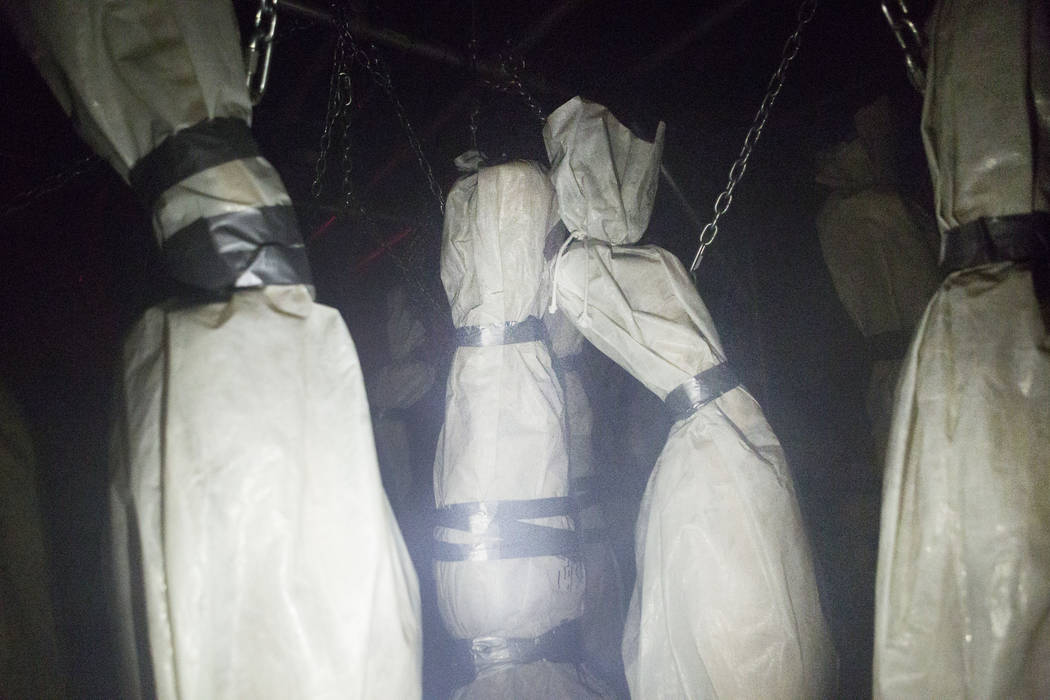 Body figures in bags that not only are hung from the ceiling and move, you also need to walk through them to get to your next destination in the new attraction, Fear the Walking Dead: Survival, located on Fremont Street Experience in downtown Las Vegas, Tuesday, Aug. 22, 2017. Elizabeth Brumley Las Vegas Review-Journal 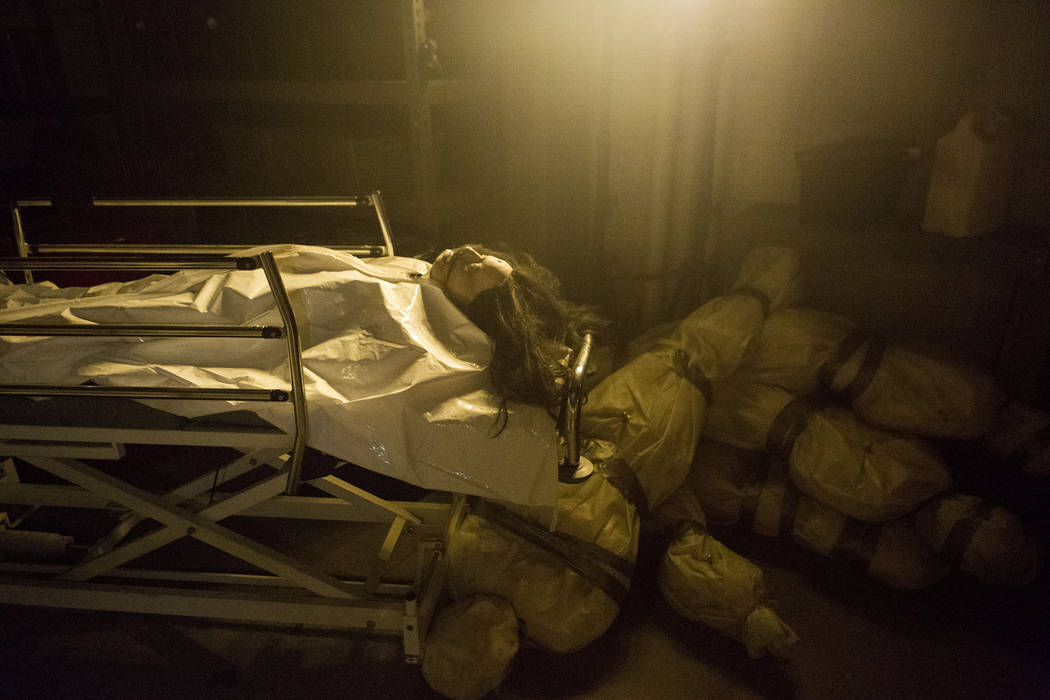 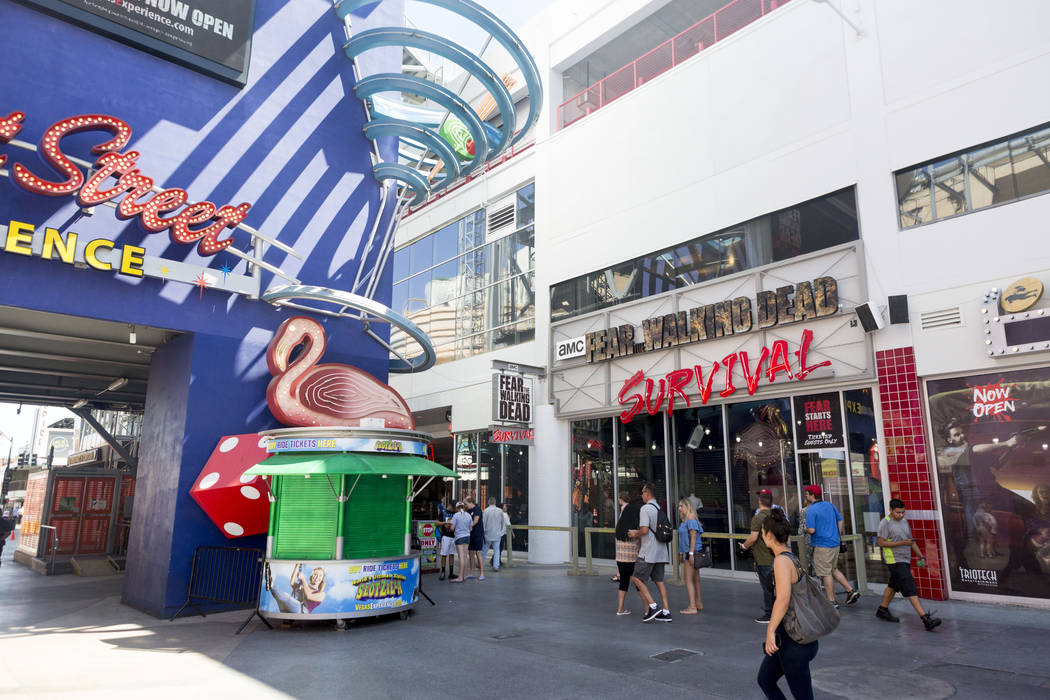 Hungover tourists aren’t the only zombies on Fremont Street anymore.

A year-round attraction based on the “Fear the Walking Dead” TV show opened earlier this month at 425 Fremont St., the building that houses Hennessey’s Tavern and Walgreens.

Dubbed “Fear the Walking Dead: Survival,” the attraction features actors dressed like zombies in a military setting, plus games for participants to play to escape.

“Fear” the TV show is billed as a companion show to AMC Networks’ nearly 7-year-old “The Walking Dead” TV series.

AMC and attraction creator Triotech will host a red carpet at “Survival” on Tuesday, the attraction’s grand opening. Three cast members of the show are expected to appear.

Las Vegas Valley local Brian Escorcia said the actors did a great job and that he wished “Survival” lasted longer.

“It was entertaining and frightening all at once,” he said. “The setting was pretty lifelike, as if there was an actual zombie apocalypse.”

Neil Morris, a tourist from Bristol, England, braved the attraction without his wife, who elected to pass, he said.

Morris said his wife actually would have enjoyed the $30, 20-minute Fremont Street attraction because it wasn’t so scary to him.

His favorite part, he said, was a game where he shot at zombies while tossed around in a Jeep. But overall, he was disappointed.

“I was expecting a bit more of an interactive experience and did not get that,” he said. “None of this was very scary at all.”