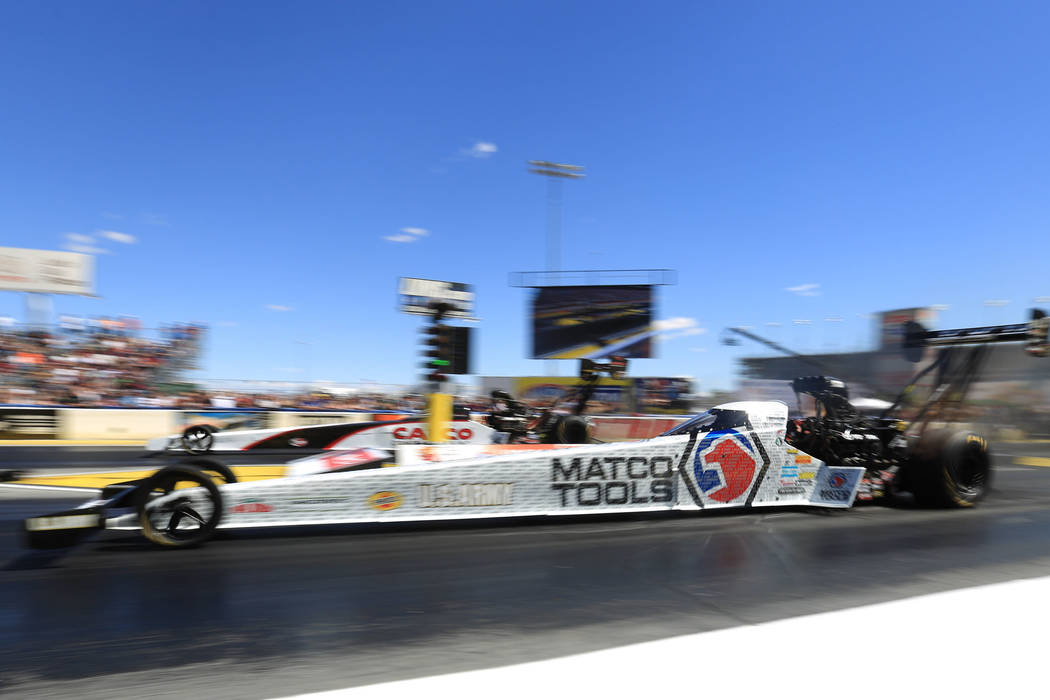 A dragster makes a pass during the Denso Spark Plugs Nationals at The Strip at Las Vegas Motorspeedway in Las Vegas on Saturday, April 1, 2017. (Brett Le Blanc/Las Vegas Review-Journal) @bleblancphoto 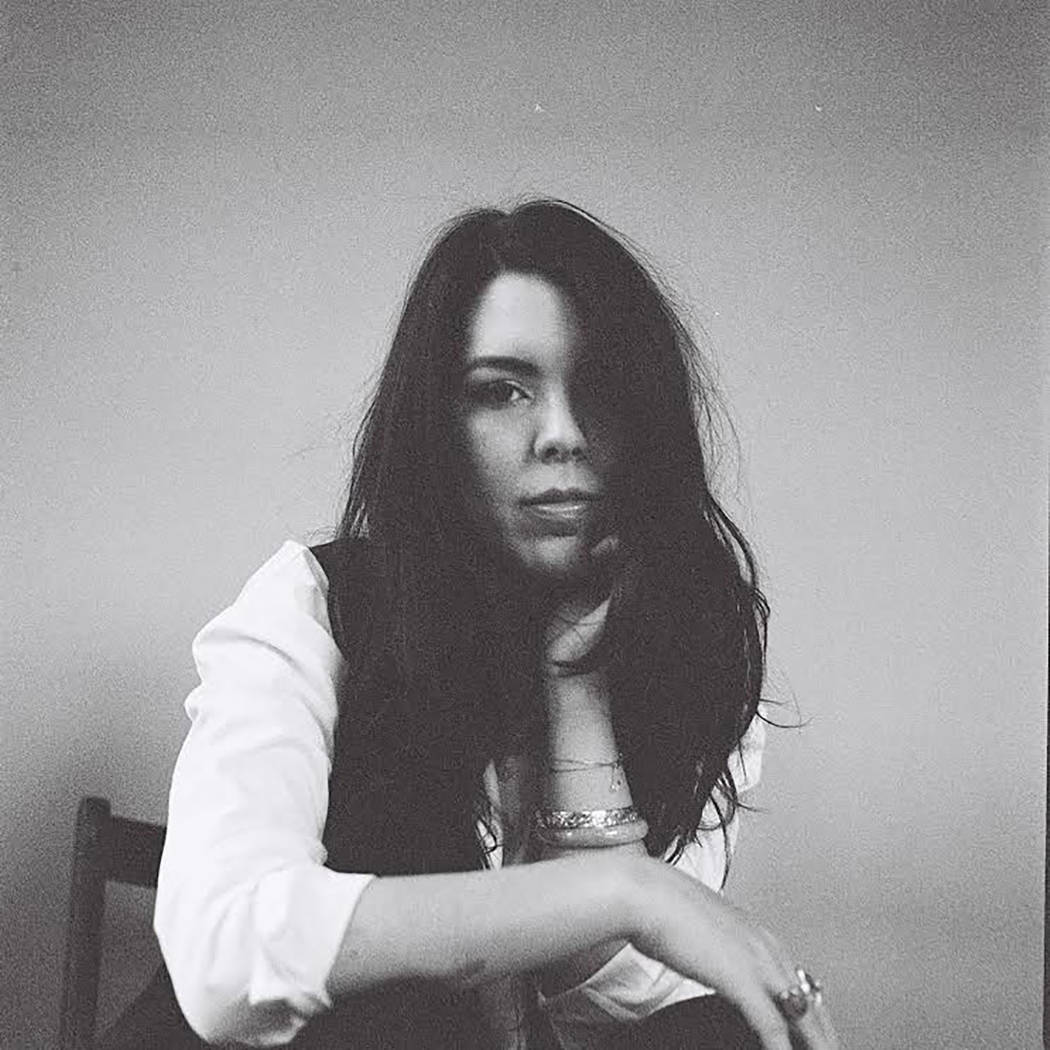 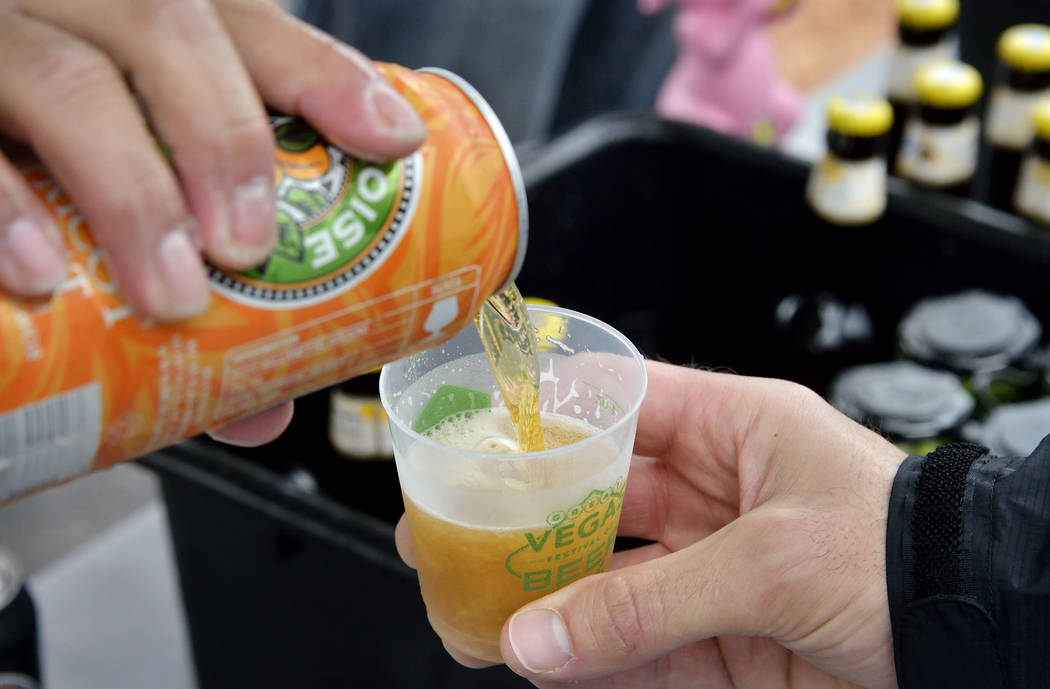 Literary essayist T Kira Madden will read from and sign copies of her book, “Long Live the Tribe of Fatherless Girls,” from 7-8 p.m. Thursday at The Writer’s Block’s new location. It’s described as a “raw and redemptive” memoir about “coming of age and reckoning with desire as a queer, biracial teenager amidst the fierce contradictions of Boca Raton, Florida.” Madden is an Asian Pacific Islander American writer, photographer and amateur magician, the founding editor-in-chief of No Tokens, and facilitates writing workshops for homeless and formerly incarcerated individuals. 519 S. Sixth St., thewritersblock.org

A chance at being a dragster’s crew chief

The Downtown Grand will celebrate this weekend’s NHRA drag racing at the Las Vegas Motor Speedway with a Terry McMillen Experience. Fans who opt in at the casino’s Grand Rewards booth will get entries into Thursday and Friday night drawings to serve as McMillen’s honorary Pit Crew Chief for a Day at the following day’s race. At 8:30 a.m. Saturday, McMillen, an Indiana-based dragster and team owner, will host a meet-and-greet at the resort where fans will be able to get an official collector card autographed. 206 N. Third St., downtowngrand.com

The Mob Museum will host “The RFK Assassination: Separating Fact From Fiction” from 2-3 p.m. Saturday. The videoconference will feature Dan Moldea, author of “The Killing of Robert F. Kennedy: An Investigation of Motive, Means and Opportunity,” and will cover facts and many theories that persist. It’s free to museum members or with a regular admission. 300 Stewart Ave. RSVP at themobmuseum.org

The Great Vegas Festival of Beer returns to downtown on Friday and Saturday. Both of this year’s events, which include Friday’s Mad Craft Experience and Saturday’s Grand Tasting, will be held at the Downtown Las Vegas Events Center, 200 S. Third St. Tickets for Friday, which include beer and food by top local chefs from 7-10 p.m., start at $60 plus fees, while unlimited sips on Saturday are $45 and up, depending on selected entry times. Discounted designated driver tickets are also available. greatvegasbeer.com

“Design Your Own” is the theme of this month’s First Friday celebration. The featured artist is Juan Cardenas, who began his career as a photographer and writer in his native Mexico City and has called Las Vegas home since 2011. The event runs from 5-11 p.m. and includes live entertainment. The main stage is at the south end of the Art Way parking lot, with the majority of artists and vendors placed on First Street, extending to Coolidge and Casino Center Boulevard. Food trucks have been relocated to the front of the Mission Building. fflv.org