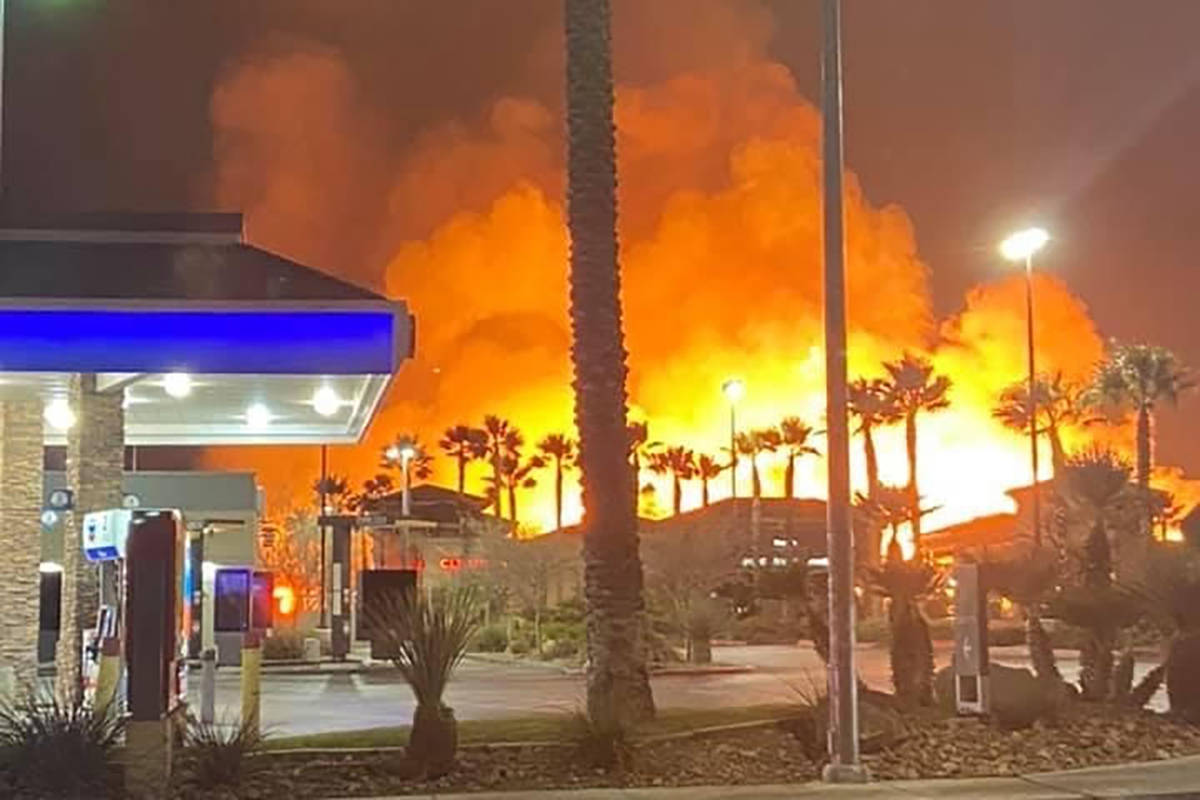 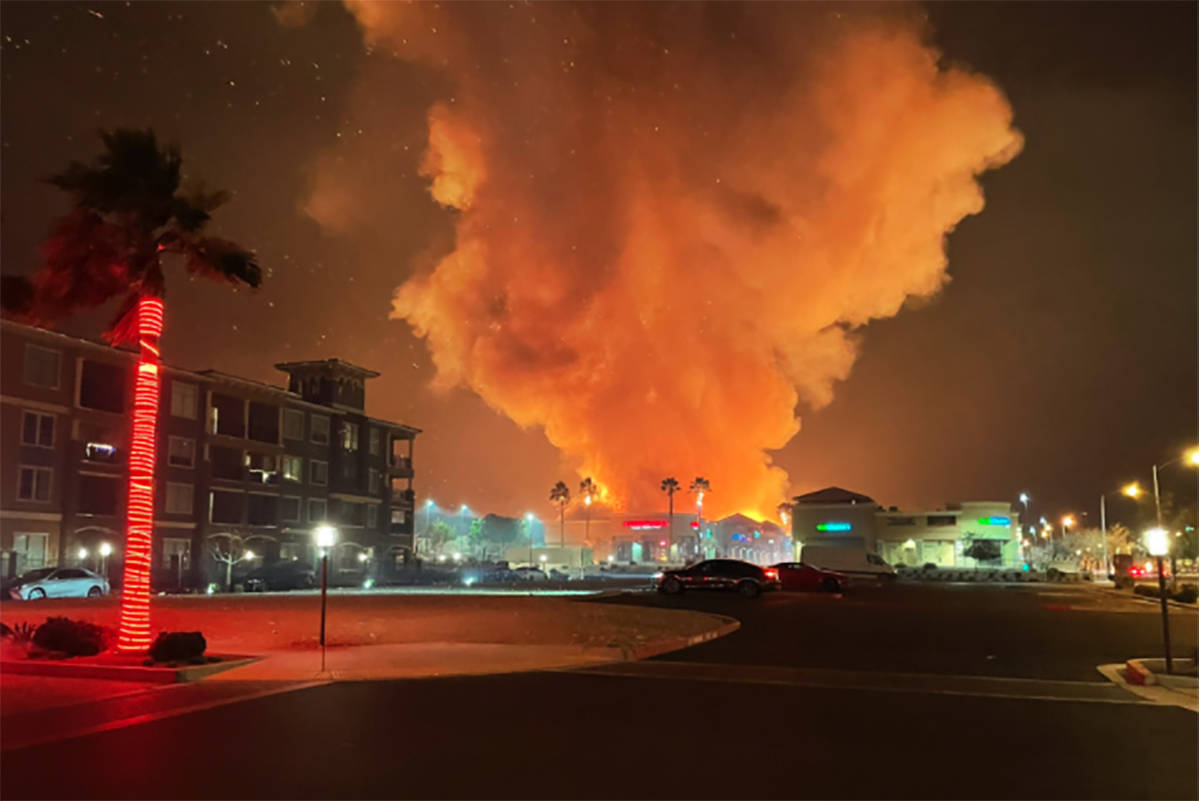 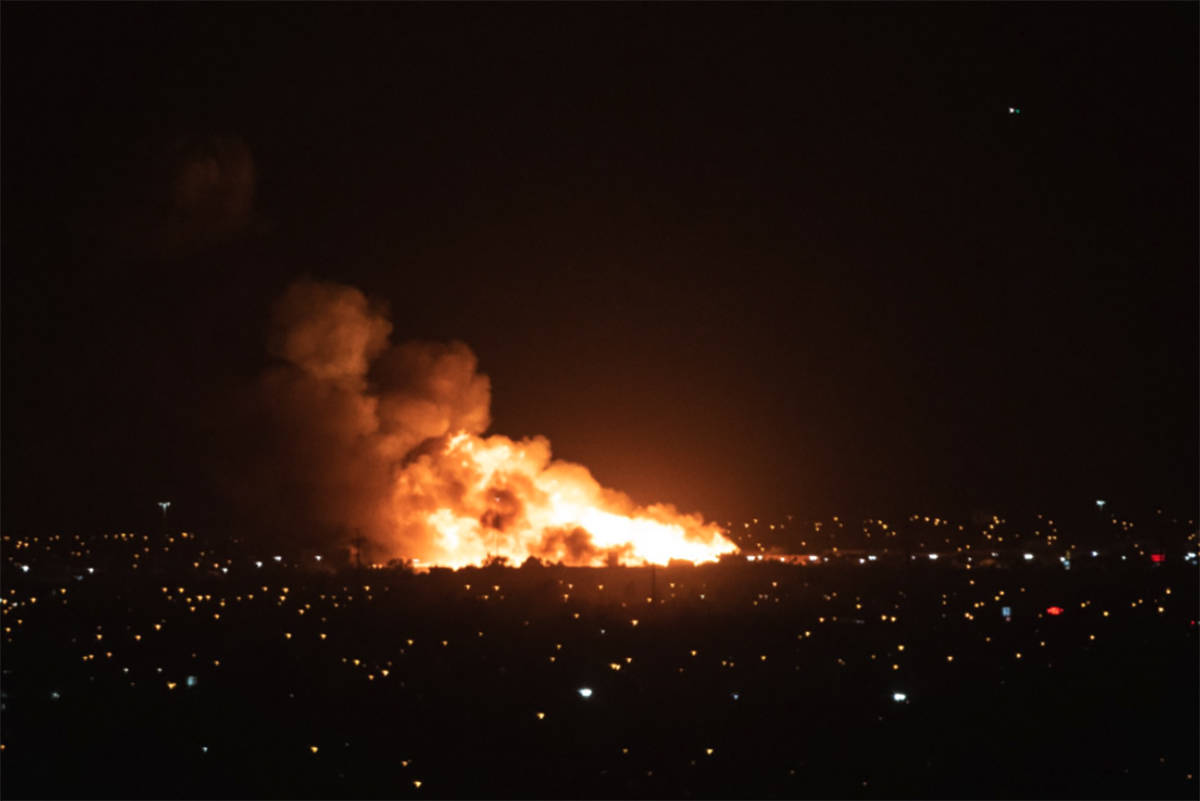 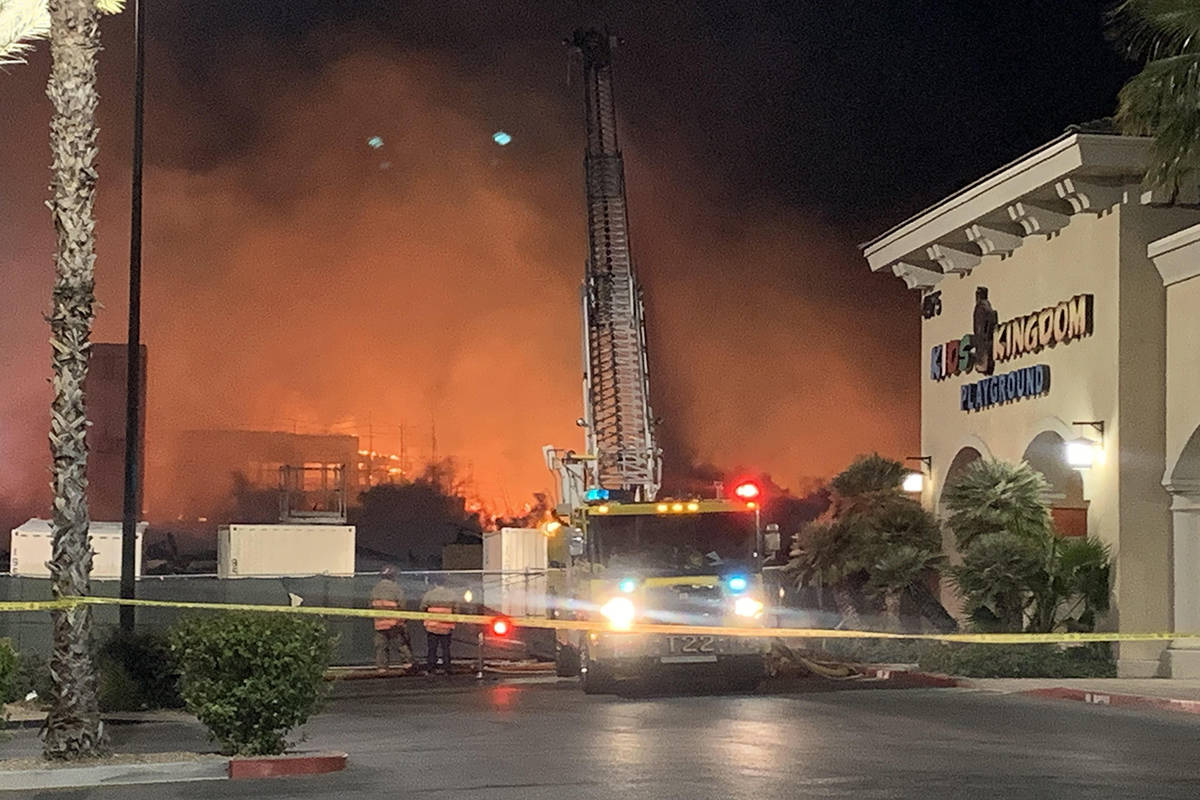 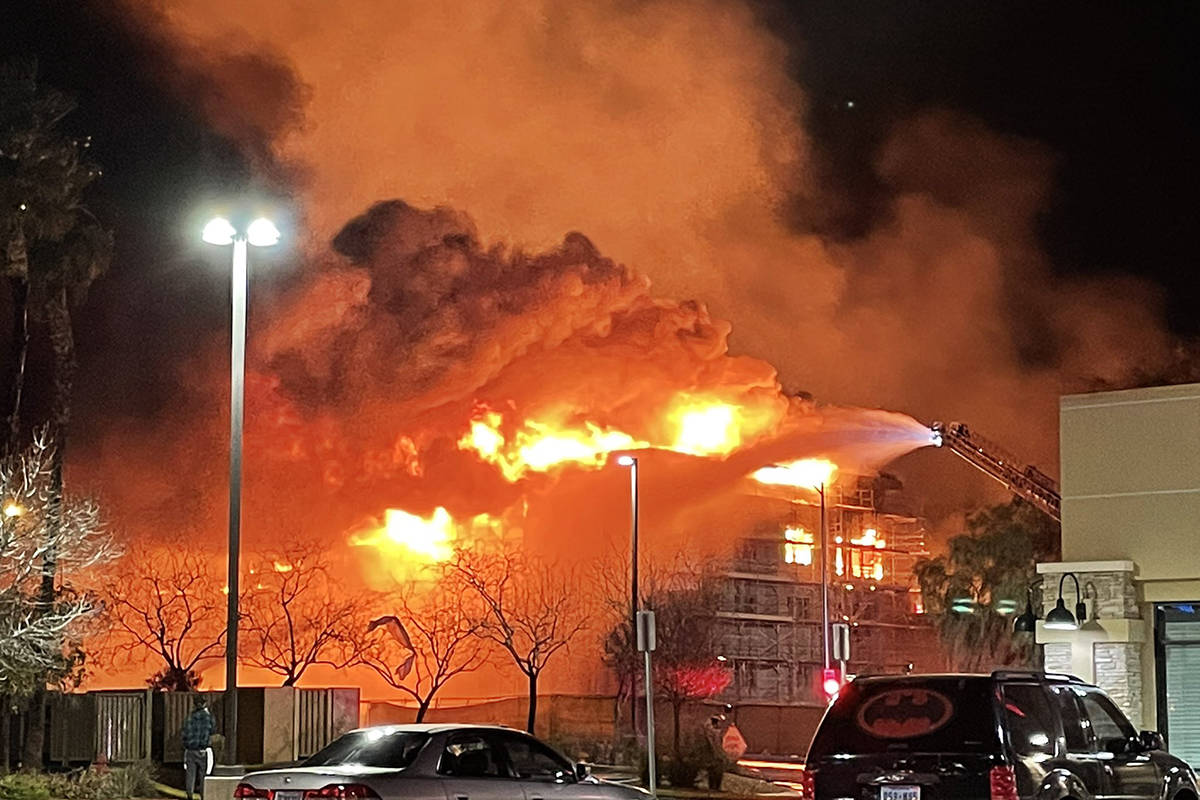 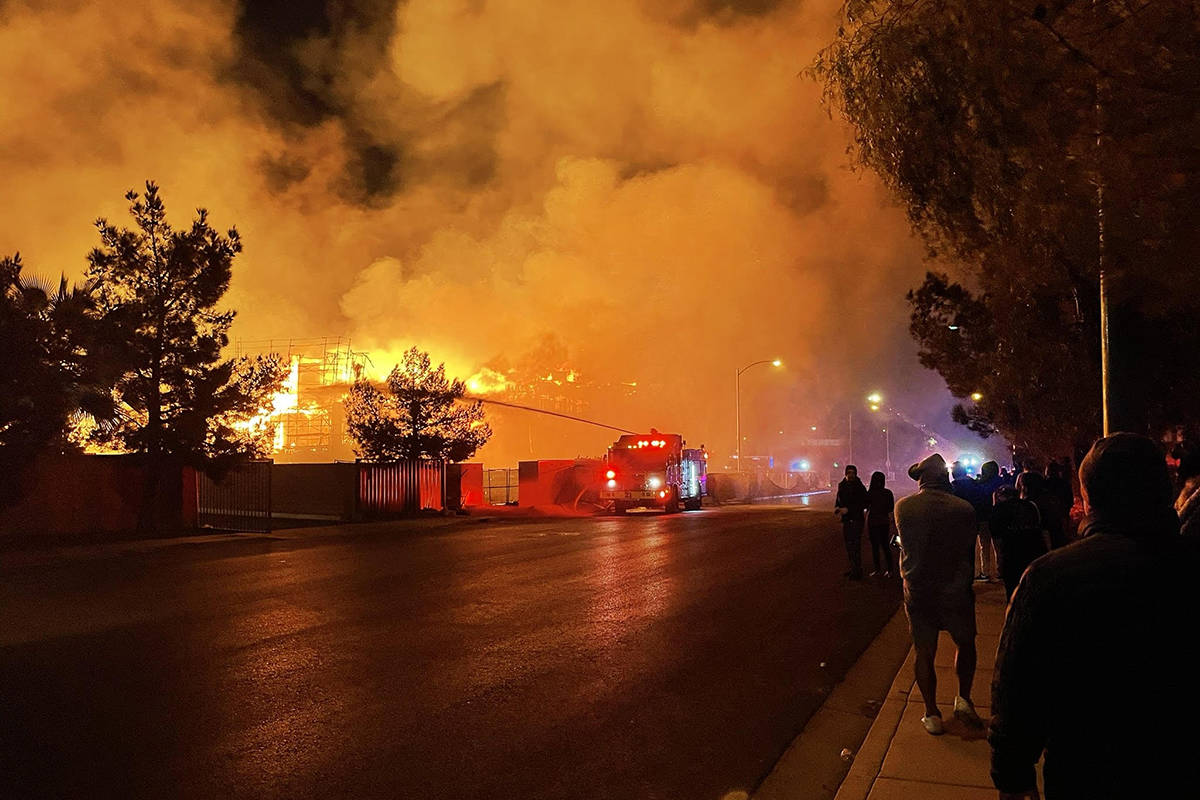 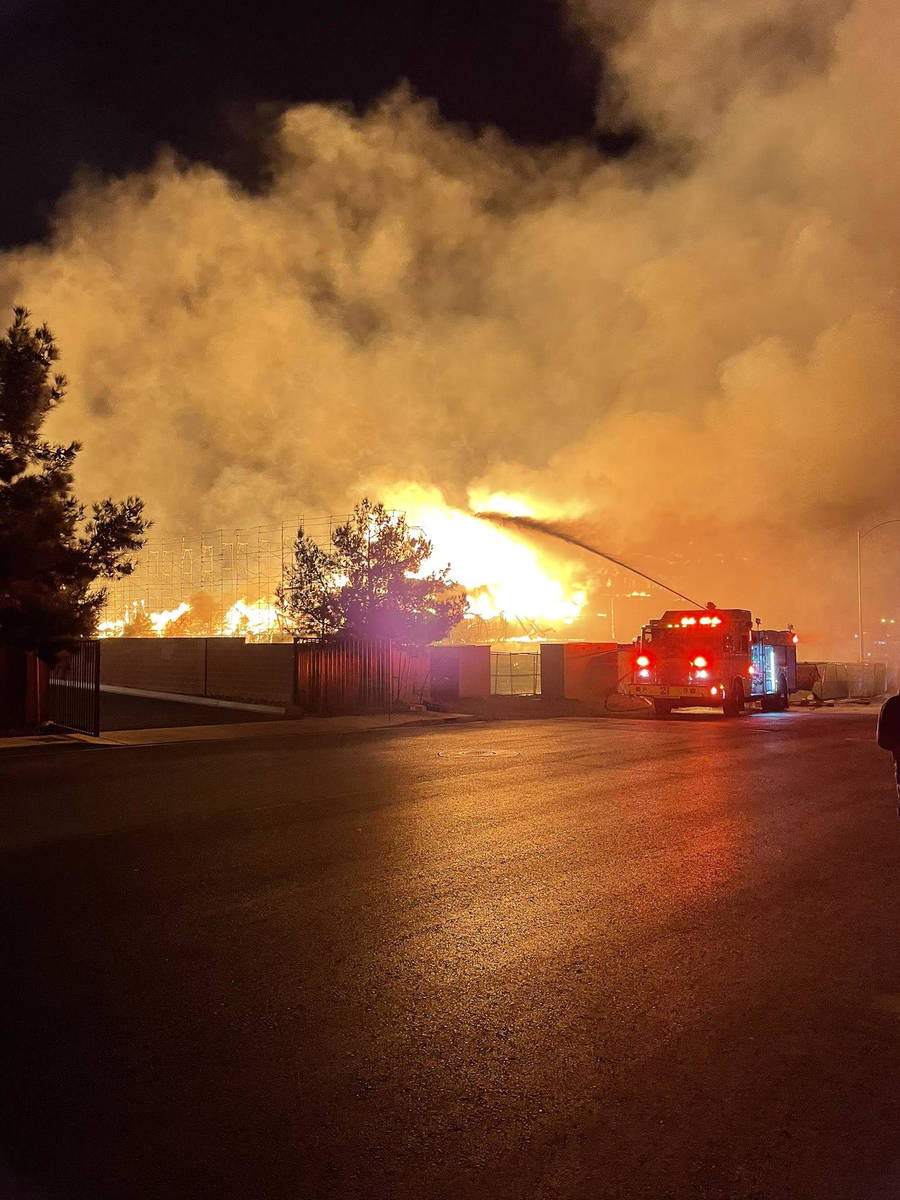 As of about 1:40 a.m., the three-alarm fire was still burning near Fort Apache Road and Tropicana Avenue. The blaze had been raging since at least 11:50 p.m. Monday, Clark County Fire Department dispatch records indicated.

The fire department had not released any information on the fire as of 2 a.m. But witnesses told the Review-Journal it appeared to be centered at an under-construction apartment complex near the Crossroads Plaza Shopping Center.

Eric Roberts, executive director of the Nevada Assembly Republican Caucus, whose condo borders the under-construction complex, said he woke up sometime after 11:30 p.m. to the sound of sirens and popping, which he thought was gunshots at first.

Curious, Roberts walked into the front room of his condo. “From the window, it was so bright — like it was sunshine in there,” he said.

Apartment complex under construction is on fire @ Tropicana and Ft. Apache. @EricBRoberts73 car has melted as he evacuated from the building nextdoor. pic.twitter.com/izn25MlIhB

When he looked a bit closer, he realized there were flames just outside of his condo, on the other side of a wall. He guessed they reached about 100 to 200 feet into the air. The popping he heard was wood burning, he said. His window blinds were melting.

“As soon as I opened the door, you could feel the heat, like you’d feel at a campfire,” Roberts said.

It wasn’t until he safely arrived at his friend’s home about five miles away that he realized the back, plastic bumper of his Honda CR-V and rear light covers had melted from the heat.

Roberts planned to sleep at his friend’s house, unsure of whether his condo was damaged from the heat or flames.

No further information was immediately available. The impacted stretch of Tropicana remained closed to traffic as of about 2:15 a.m.