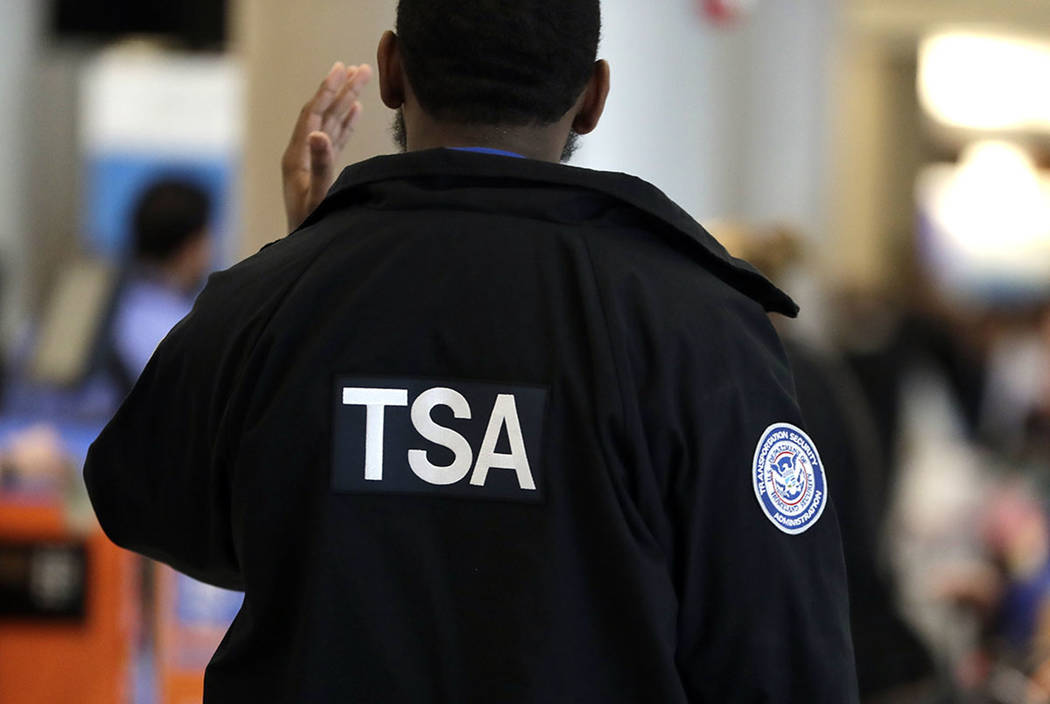 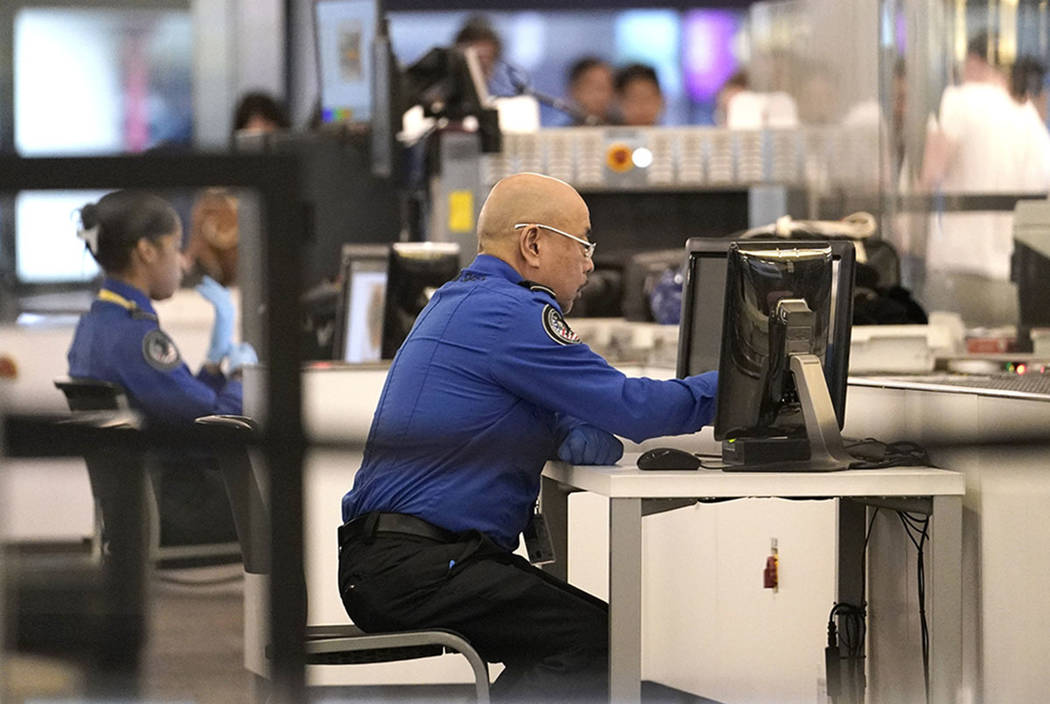 A group of federal workers gathered in the Henderson office of U.S. Rep. Susie Lee on Saturday afternoon to share the impacts that the government shutdown, which has now lasted more than three weeks, has had on their lives.

While many employees said their pay had been unaffected, Transportation Security Administration agent Becky Esquivel said she and other airport security officers at McCarran International Airport are directly affected by the shutdown because they aren’t getting paid.

“And we are the lowest-paid federal officers, period,” Esquivel said.

She said that her supervisor had issued a $500 payout to all officers working without pay but that it would do little to help agents pay their bills. It also did little to quiet their concerns about retribution.

Esquivel and two other TSA officers at Saturday’s meeting said they had been told by supervisors that they would receive “AWOLs” or be disciplined if they did not show up for work. Esquivel said she received a text Saturday from a supervisor who said that any TSA officers who spoke to the media would be talked to by management.

Her co-worker, who asked not to be named, said managers had asked people who called in sick to bring in doctor’s notes and receipts to prove that they had a good reason for staying home from work.

Esquivel believes that mistakes are likelier with fewer staffers and lower morale.

“Being that we’re in security, it’s really concerning to me personally because I’ve got my co-workers, who are distracted. I’m distracted,” Esquivel said. “We’ve got to reel that back in. We’ve got to get our people back and focused, and getting paid is going to help them.”

Arcata Associates represents a government contractor with about 500 employees nationwide working for the Department of Defense and NASA. While the Defense Department employees are unaffected, roughly 75 NASA employees are out of work or are being paid by his company to continue working, an Arcata representative said.

After the last shutdown, in 2013, many contract employees couldn’t pay their mortgage or rent, buy groceries or pay for child care, he added.

“A lot of people ended up leaving us because they said, ‘I don’t want to work for a government contractor that can be impacted at the whims of a deficit or a political shutdown,’” he said.

The company is prepared to continue paying the furloughed employees, despite receiving no funding from the government, because of the difficulty of retaining and hiring highly trained workers who can obtain security clearance, which is a yearlong process in itself.

Linda Wardsmith, president of American Federation of Government Employees Local 1224, said that although union members are still being paid, the members she represents in legal issues are being harmed in other ways.

Wardsmith said one federal employee — a retired, disabled veteran — was wrongfully fired. She said she wants to appeal the decision but can’t because the Office of Special Counsel, which hears appeals of adverse action decisions against federal workers, is furloughed.

Lee told the group that she had signed two bills in the last week: one that pledged that she would give up her paycheck as long as other federal workers are not paid, and another that would protect people whose pay has been halted from eviction or car repossession, she said. She will return to Washington, D.C., on Monday and plans to stay there and keep working until the shutdown ends.