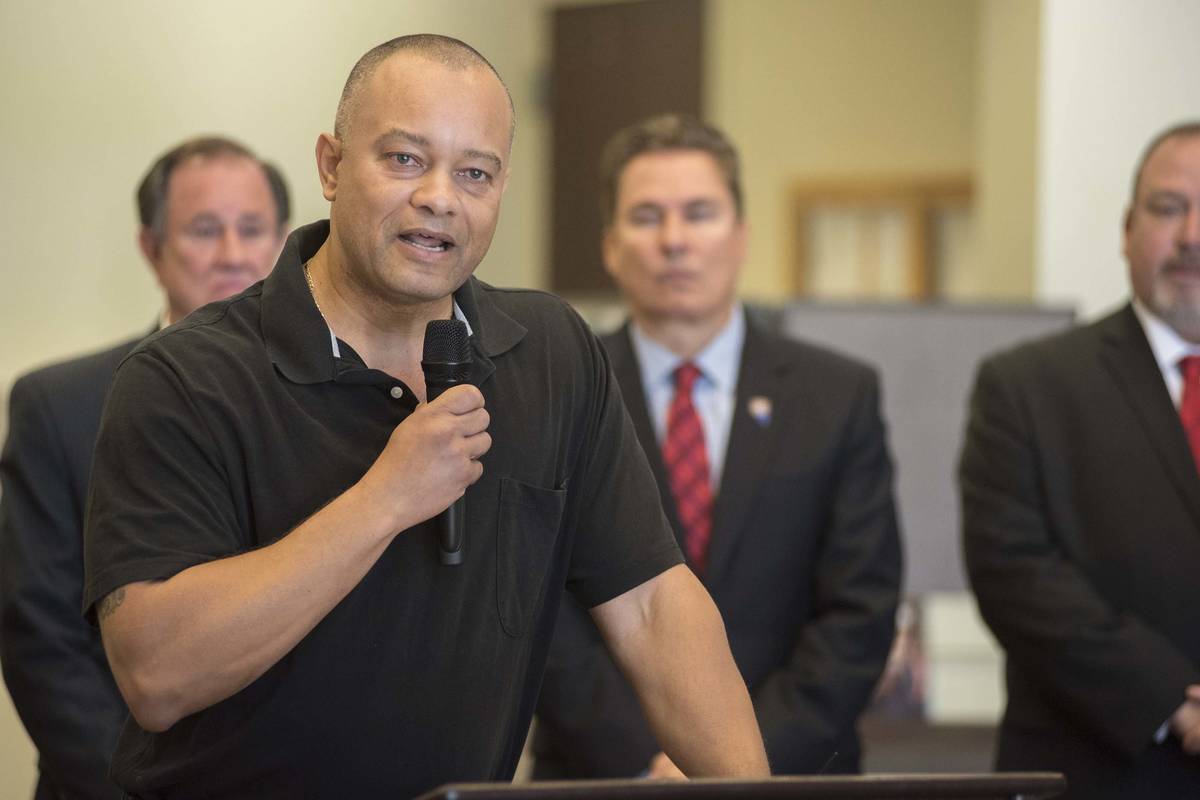 A Las Vegas veterans group leader has filed a civil rights lawsuit against the Metropolitan Police Department, alleging that he was illegally handcuffed during a traffic stop because he is Black.

Steve Sanson, a self-proclaimed political activist who runs Veterans in Politics International, was headed to a meeting with “several local attorneys” in March 2019 after leaving Clark County Family Court, when he was pulled over for speeding by an officer identified in the complaint filed Tuesday as Raul Pinal.

Sanson “complied with every request of the police and responded candidly to all their questions,” the suit filed by attorney Adam Breeden stated. “Sanson’s behavior would not lead any reasonable officer to believe Sanson was a threat or danger to the officer.”

Sanson, who the suit stated is part Black, was ordered out of his vehicle and placed in handcuffs, while police searched inside his vehicle, which the suit said violated his constitutional rights.

“Black Americans report being subjected to excessive and illegal search and seizure from traffic stops in high numbers,” the complaint stated. “This phenomena has been dubbed ‘DWB’ for ‘Driving While Black.’ Officer Pinal’s stop of Sanson is the epitome of a ‘Driving While Black’ traffic stop… His actions made clear that he was not, in fact, interested in issuing a traffic citation (he did not even use radar) but instead he sought evidence of some other, imaginary crime that had not been committed.”

Through a spokesman, Metro declined to comment on the lawsuit.

The officer pulled “firearms from a center console inaccessible to Sanson during his detention,” unloaded the weapons and checked the serial numbers, the suit stated. A short time later, “Sanson was found not to have violated any law of any kind with the exception of a minor traffic speeding violation.”