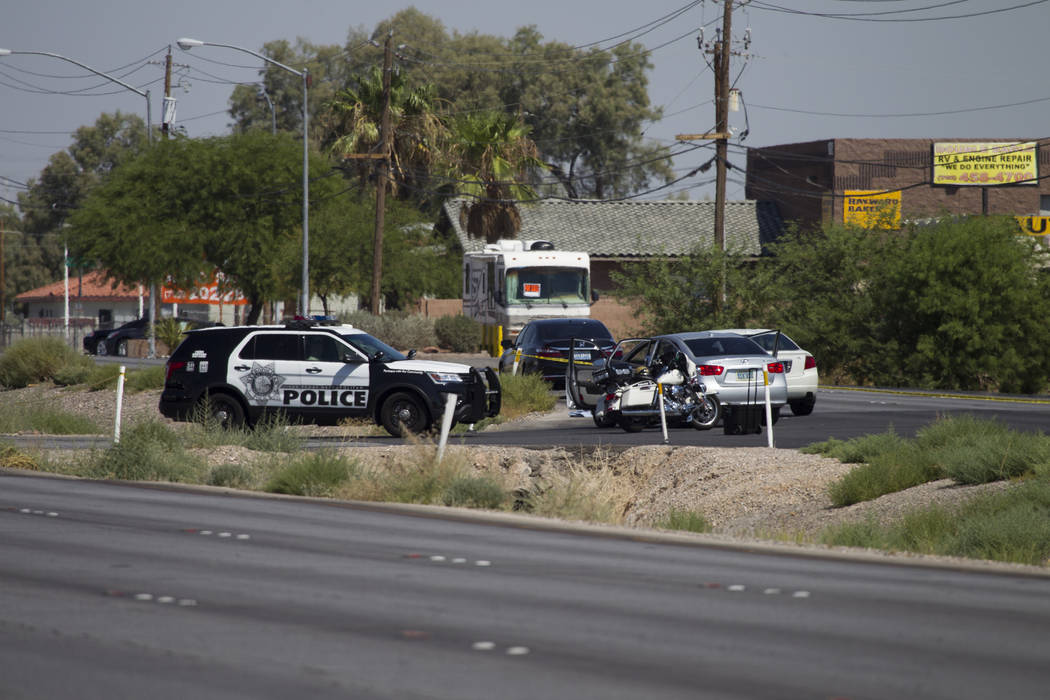 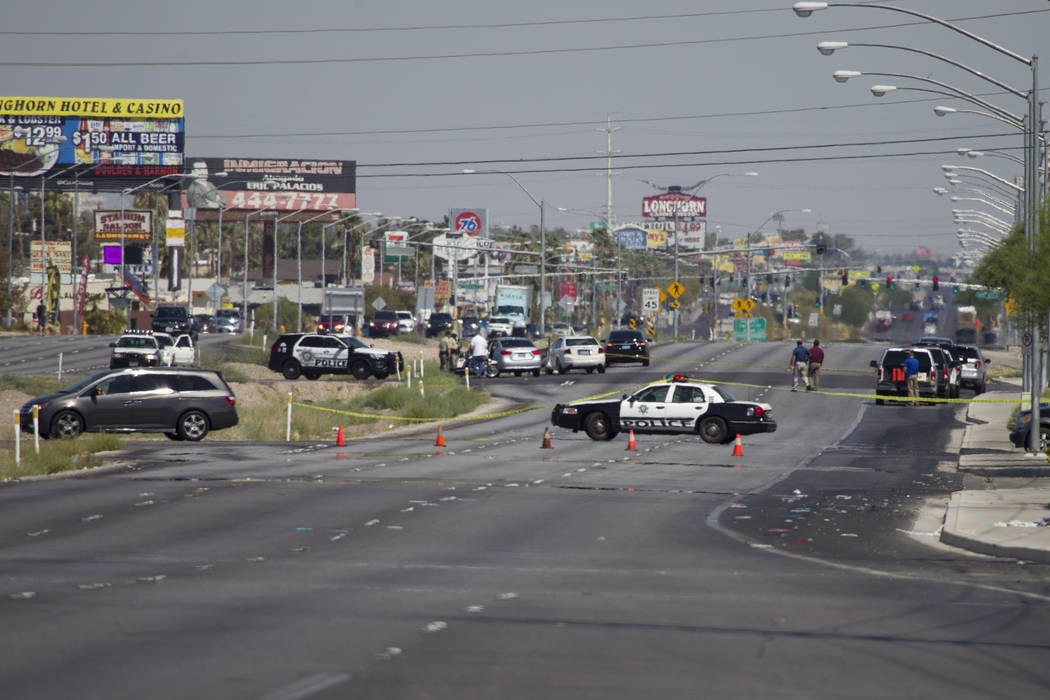 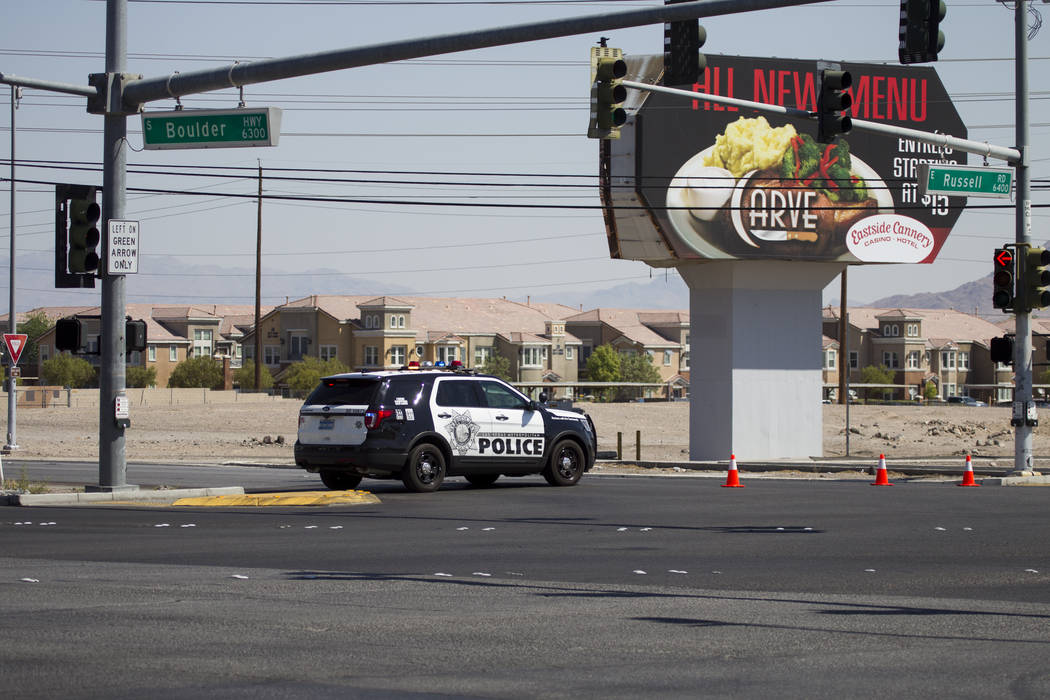 The intersection of Boulder Highway and Russell Road in Las Vegas near the site where a pedestrian was fatally struck on Saturday, July 15, 2017. Erik Verduzco Las Vegas Review-Journal @Erik_Verduzco 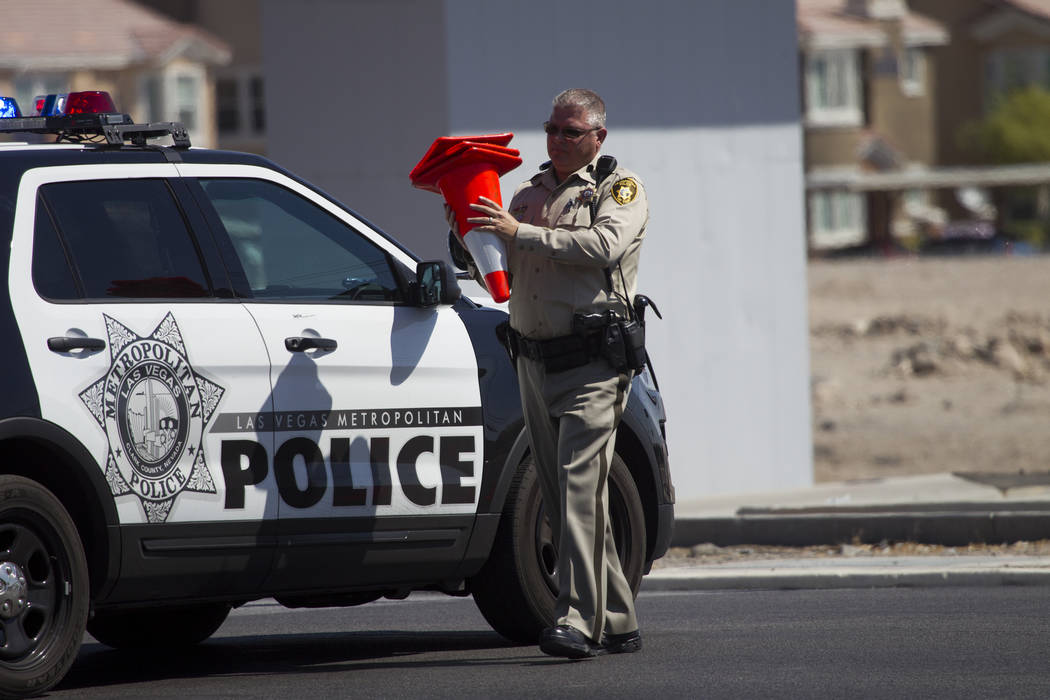 The intersection of Boulder Highway and Russell Road in Las Vegas near the site where a pedestrian was fatally struck on Saturday, July 15, 2017. Erik Verduzco Las Vegas Review-Journal @Erik_Verduzco

An elderly man was fatally struck by a vehicle Saturday morning in the southeast Las Vegas Valley, days after a new rapid-flashing yellow beacon was switched on for pedestrians on Boulder Highway.

Metropolitan Police Department officers responded at 8:55 a.m. to the intersection of Boulder Highway and Desert Horizons Drive, near East Russell Road, for reports of a man down, police said. Evidence at the scene and witness statements showed a white 2006 Acura struck the pedestrian, Metro said in a statement.

The man, who was 89, was pronounced dead at Sunrise Hospital and Medical Center.

Just after 9:00am, we had our 79th Fatal Collision on Boulder Highway and Desert Horizons Dr. Detectives are finishing up. 😭😭 pic.twitter.com/zJiZO7W6oP

The pedestrian was crossing Boulder Highway in an “implied crosswalk” that was indicated by the end of the sidewalks on each side of the street, Metro Sgt. Paul McCullough said at the scene.

The driver showed no signs of impairment. But investigators are trying to figure out why the driver, a 76-year-old man, didn’t see the pedestrian because Boulder Highway “is a large and open road,” McCullough said.

The flashing beacons turned on Thursday morning near the Eastside Cannery mark the first of several safety improvements planned for Boulder Highway. By November, the Nevada Department of Transportation will launch a $3 million project aimed at improving pedestrian safety on the busy road.

The Clark County coroner’s office will identify the man who died his family has been notified.