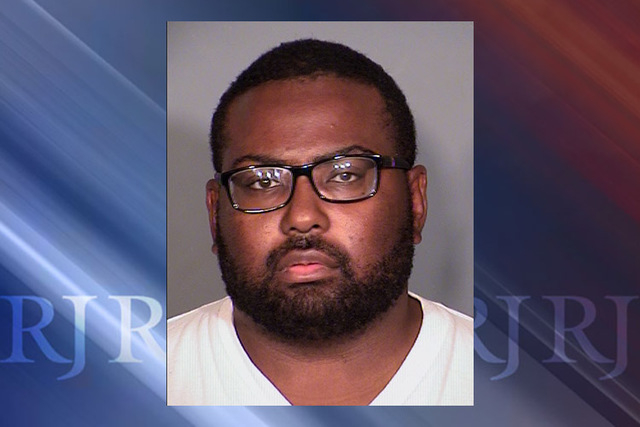 A leg bone from a body found in Utah may connect a man jailed on drug charges to an April homicide in downtown Las Vegas, according to records obtained by the Las Vegas Review-Journal.

Jacktorian Harvey, 34, was arrested April 30 in connection with drug trafficking after Las Vegas police found about 55 grams of cocaine and equipment used to manufacture crack in plain view in his apartment, according to an arrest report. But police may have been looking for evidence connecting him to a homicide.

Derek Cooper Jr., 28, was found dead from multiple gunshot wounds the night of April 10 in the 200 block of South 6th Street. He had been shot multiple times and died from a chest wound, the Clark County coroner’s office said.

A preliminary investigation determined that Cooper argued with two men shortly before the shooting, police said, but descriptions of the men were never released.

On May 8, the last time Metro released an update on the case, police said detectives wanted to question Ivory Hawkins, 63. At the time it was unclear if Hawkins was one of the men in Cooper’s apartment the night he was gunned down, but documents filed in Salt Lake County district court and executed on June 18 confirmed that witnesses told Metro he was.

Deputies with the Iron County Sheriff’s Office in Utah found Hawkins’ body in an advanced state of decomposition on May 22, according to local news reports. The warrant affidavit secured a 6-inch piece of Hawkins’ femur to be sent to Metro for DNA testing.

In the warrant, Metro Detective Clifford Mogg, who wrote the search warrant leading to Harvey’s arrest and investigated Cooper’s death, told Salt Lake City police detectives that two witnesses told police Harvey was the other man inside Cooper’s apartment that night. The witnesses told Mogg that Harvey shot Cooper during a robbery planned by Hawkins, according to court documents.

Harvey denied knowing Cooper or having been to the 6th Street apartment, but Mogg found through cellphone records that Harvey had called Cooper and was in the area around the time the homicide occurred, according to court documents.

The day after Harvey’s arrest, Mogg executed another search warrant on Harvey’s car, where Mogg found a human blood stain on the front passenger seat. The court document said Mogg believes the blood may have come from Hawkins.

Harvey is being held at the Clark County Detention Center on $150,000 bail. He is scheduled to appear in court on Aug. 3.