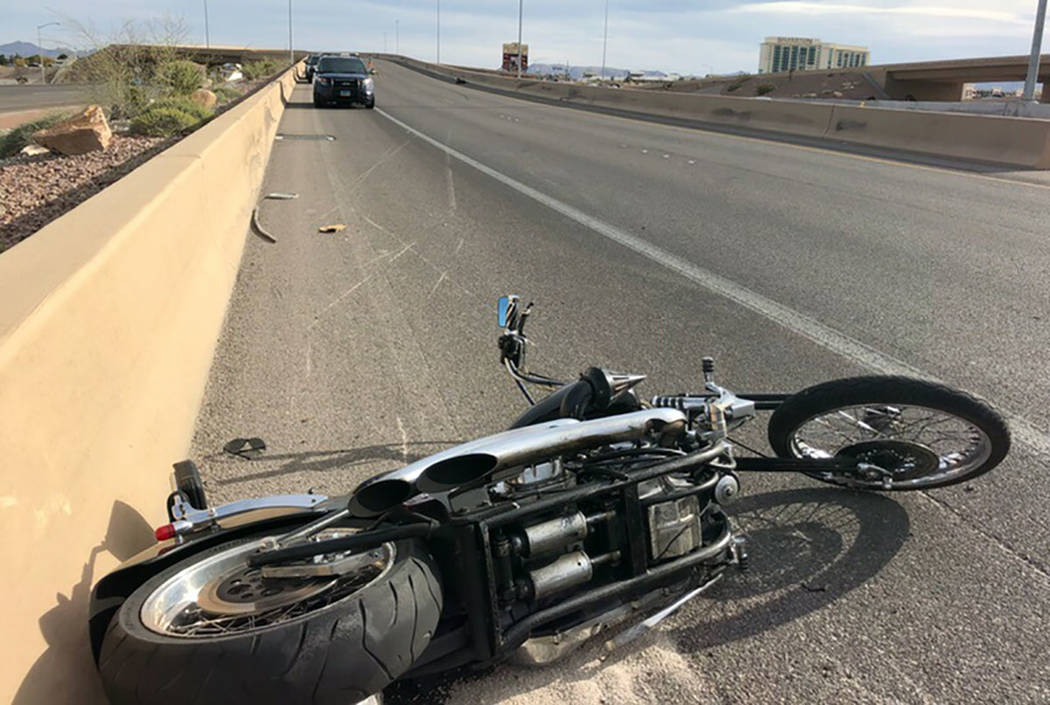 The Nevada Highway Patrol works the scene of a fatal motorcycle crash on the flyover ramp from eastbound state Route 160 to northbound Interstate 15 in Las Vegas on Saturday. (NHP)

A motorcyclist was killed Saturday afternoon in the southern Las Vegas Valley, according to the Nevada Highway Patrol.

The crash happened just before 3 p.m. on the flyover ramp from eastbound state Route 160 to northbound Interstate 15, the Highway Patrol tweeted.

Investigators think an article of clothing got caught in the rear wheel and got stuck in the drive belt, trooper Jason Buratczuk said. The motorcycle skidded, overturned and threw the rider.

The Clark County coroner’s office will release his identity once his family is notified.