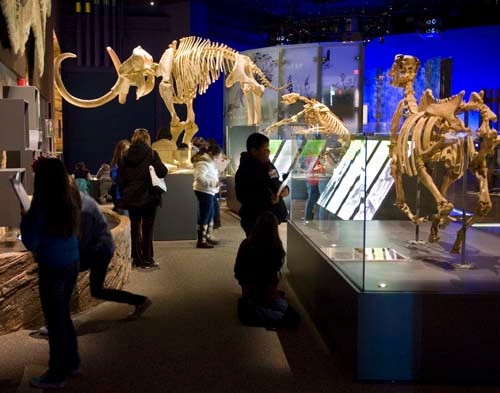 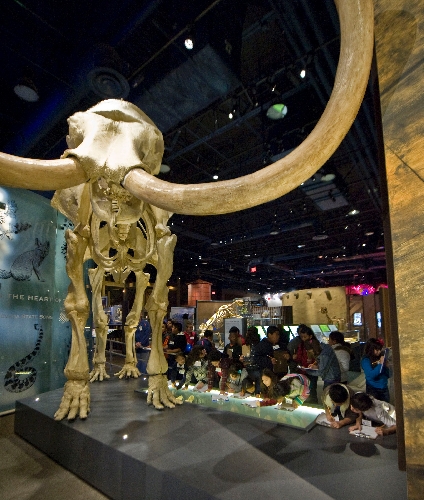 In their first month at the Springs Preserve, Nevada State Museum officials are seeing a steady flow of visitors despite being open four days a week.

There are no concrete numbers yet. However, the museum is averaging 350 to 400 visitors per day by staff accounts, said Peter Barton, administrator for the state’s Division of Museums and History.

It’s too early to tell whether the new location is bringing in more people than the Lorenzi Park location, he added.

"We are pleased. Lorenzi Park is more of a difficult location to access, and we’re seeing more visitors on a per-day basis," Barton said. "It’s a little hard to predict how that will hold over time. I think we’ll be pleased to report numbers in the first year."

Getting a more accurate read on exactly how many people are coming through the museum’s doors has been tough because one ticket lets customers into both the Springs Preserve and the museum, Barton said. There is a discussion about investing in a counting device, he added.

Las Vegas Valley Water District officials, who operate the Springs Preserve, will report visitor numbers to state museum officials every six months as required by the operating agreement. That determines the museum’s share of the revenue and could expand the number of days the location is open, depending on the numbers.

Museum officials then will report attendance figures to the Legislature.

A water district spokeswoman refused to give specific visitor figures, saying they were unaudited. But she said attendance at the Springs Preserve is about the same as this time last year.

A slight boost in attendance was noted during the museum’s opening.

The museum has been giving tours to schoolchildren. There is no admission charge for the tours, and reservations are required beforehand.

County officials have said the museum needs to attract at least 10,000 visitors per year for the project to be viable, and museum officials say that figure is reachable.

Over the past two years, the museum has seen an average of 17,000 visitors.

Attendance at the Springs Preserve has increased every year, reaching about 200,000. That is one-third of early projections that called for about 600,000 visitors annually, most of them out-of-town tourists.

The $51.5 million museum opened its doors in October after a six-year wait caused by financial setbacks statewide.

At least 16,000 square feet is devoted to permanent and temporary exhibits while the rest is for records, storage and offices.

The museum is open Friday through Monday. For a museum that used to be open seven days a week, the shortened hours are "demoralizing and frustrating" for Barton, who said the museum is forced to turn away customers who call when the museum is closed.

"The success of numbers will help us build a case statement for the next legislative session that we need to be open for more days," Barton said.

"We need to make the case that we can’t be a real contributor to the economy of Clark County or anywhere across the state on this schedule. We’re dealing with that every single day. The world works during the week we’re closed, and it’s a challenge to make this all work on that limited schedule."

The previous 32,000-square-foot location, which opened in Lorenzi Park on Nevada Day in 1982, will be turned over to the city of Las Vegas.

Barton said the city has plans to continue using the building as a cultural center.