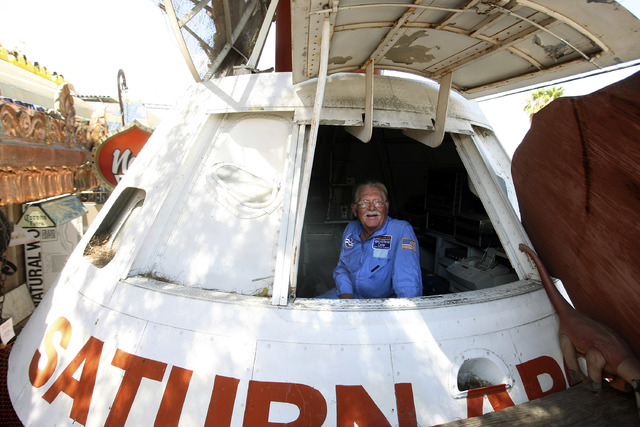 JOHN GURZINSKI/LAS VEGAS REVIEW-JOURNAL Former Nevada Lt. Gov. Dr. Lonnie Hammargren sit inside a space capsule mockup in his backyard on July 17, 2009, in Las Vegas. Hammargren, who spent a year as a flight surgeon for the Apollo program, talks about the 40th anniversary of the first man moon landing and reflects on his time with NASA and his friendship with astronaut Buzz Aldrin. 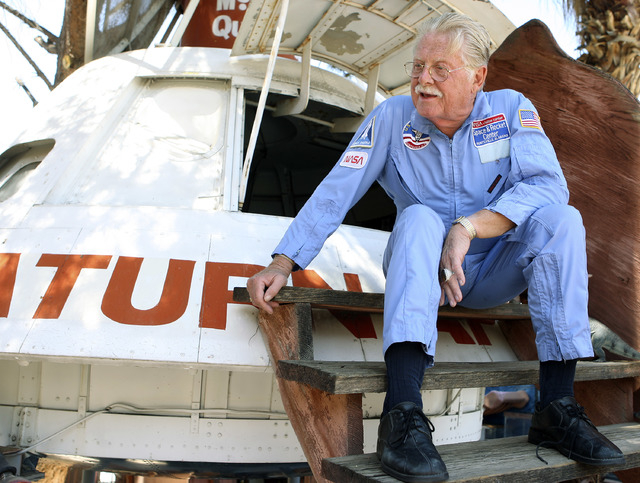 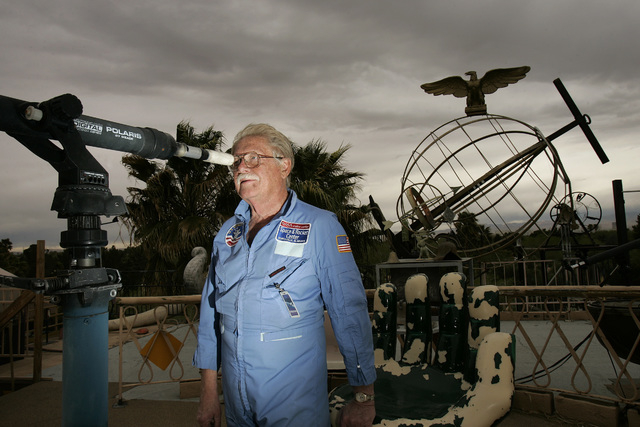 Dr. Lonnie Hammargren peers through a device he uses to mark the vernal equinox as he stands on the roof of his Las Vegas home Tuesday, March 20, 2007. (John Locher/Las Vegas Review-Journal)

Apparently nobody wants to buy a spaceship, at least not for $200,000.

St. Louis-based auction company Regency-Superior reported no bids on Wednesday for former Lt. Gov. Lonnie Hammargren’s 1960s Apollo Command Module Block 1 mock-up, which was a fixture in the retired neurosurgeon’s eclectic collection since he acquired it in the mid-1970s.

Hammargren had nearly 20 items up in the ongoing auction, including a 1940s Pratt & Whitney R-4360 WASP Major Engine, a letter from Howard Hughes discussing the sale of the Silver Slipper casino, and Russian space art, including a 1995 oil painting by Russian Cosmonaut Alexei Leonov, the first man to walk in space.

The command module will remain available for sale at the minimum bid price via Regency-Superior’s website.