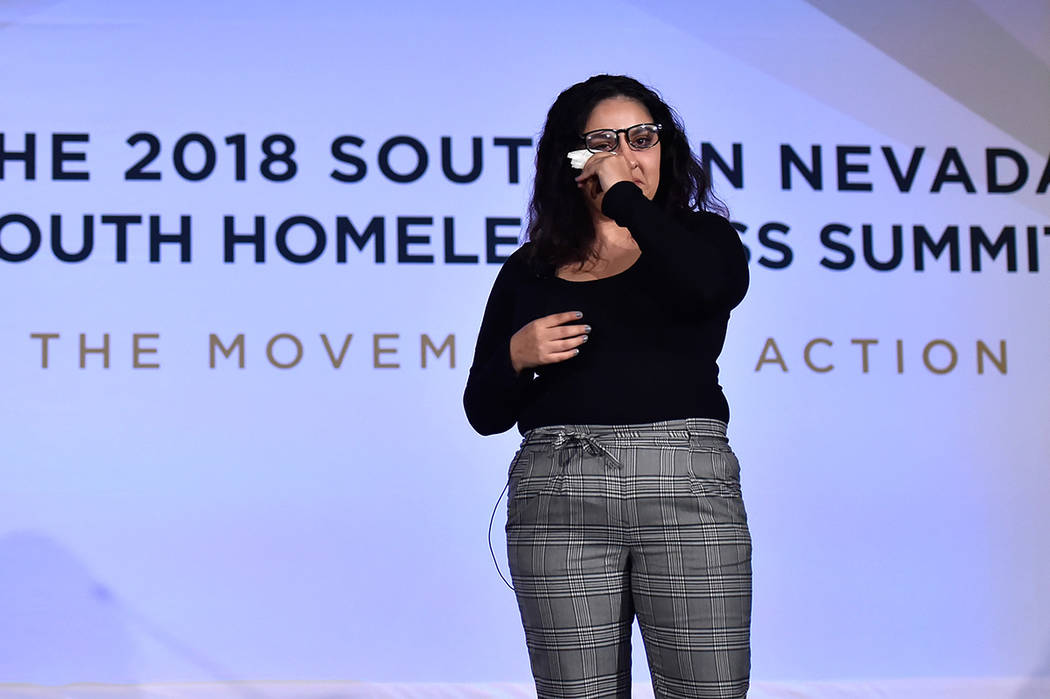 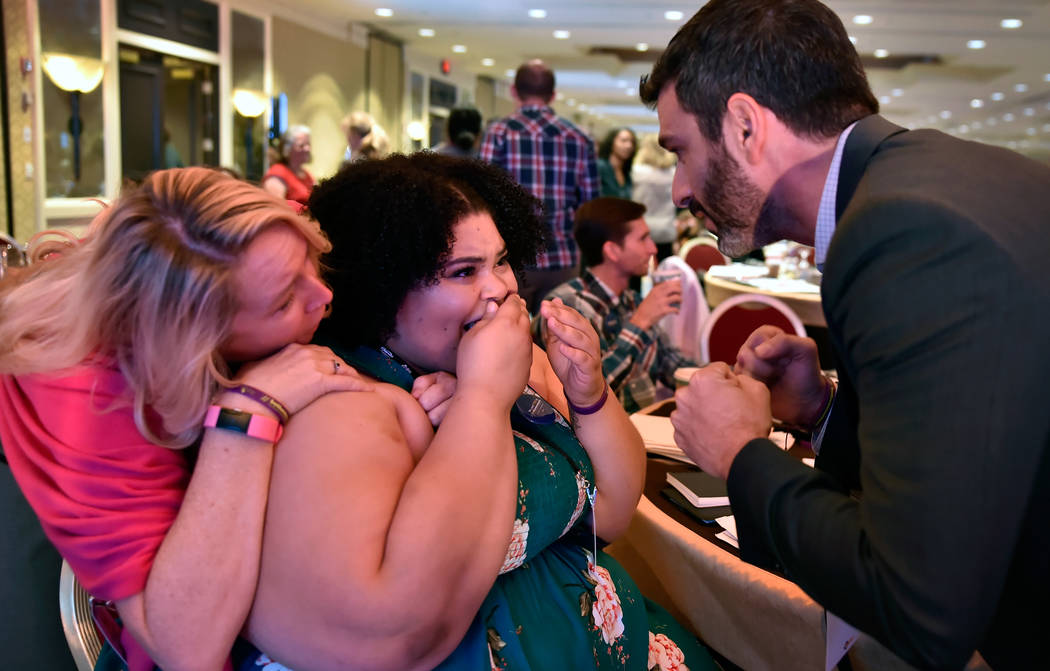 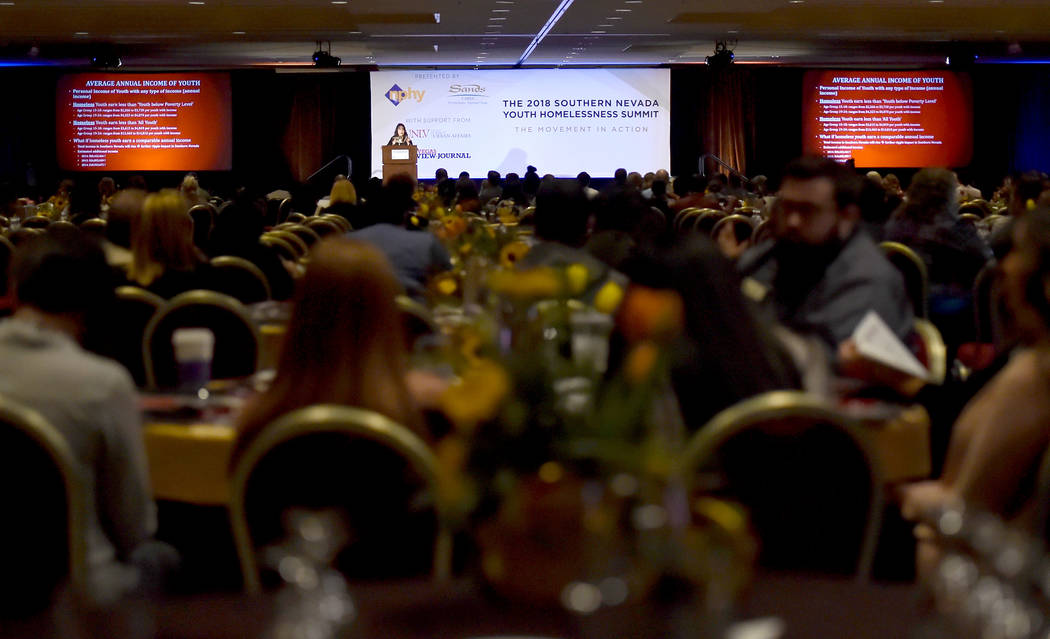 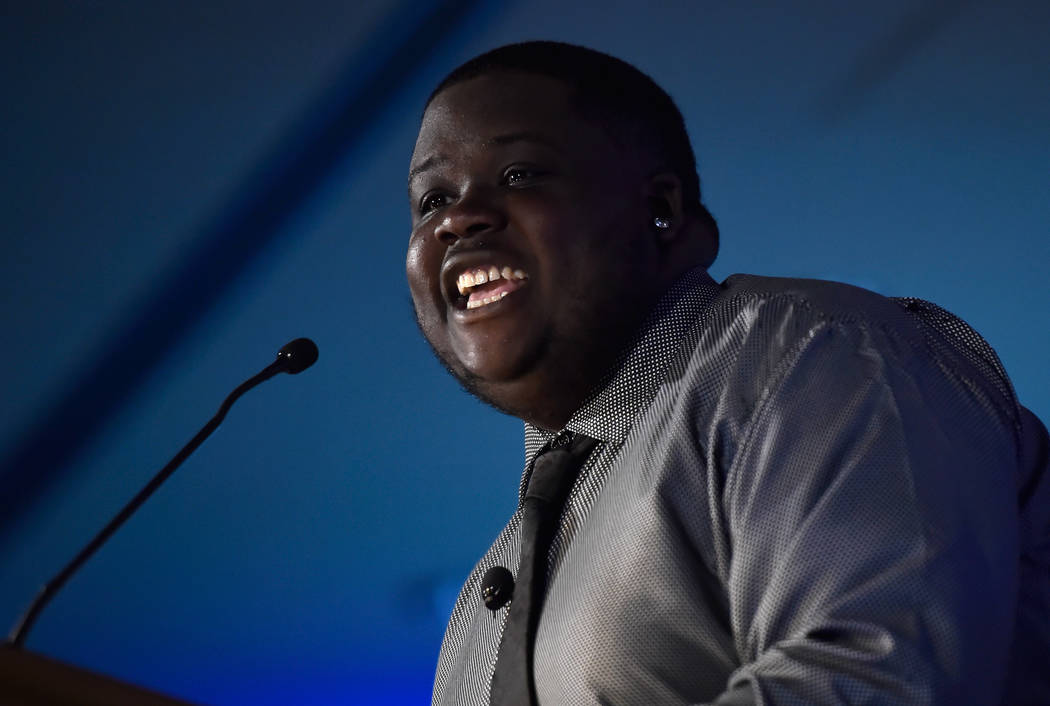 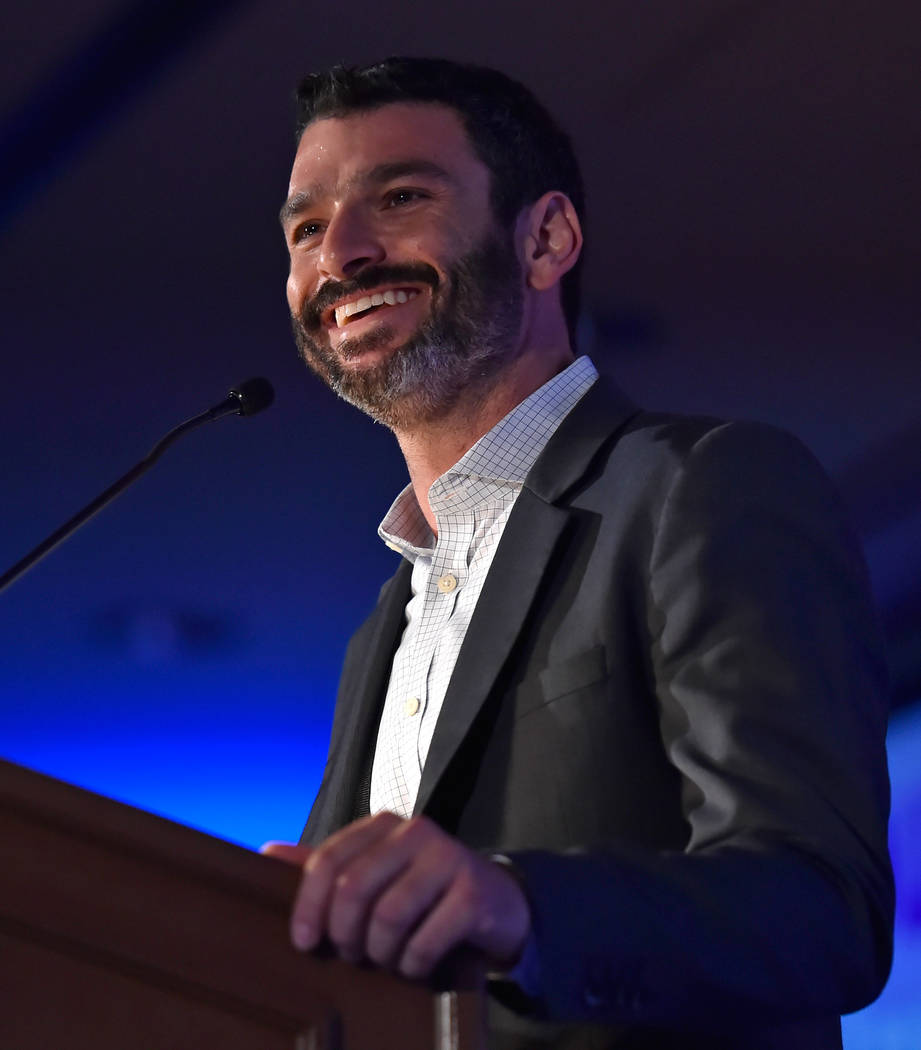 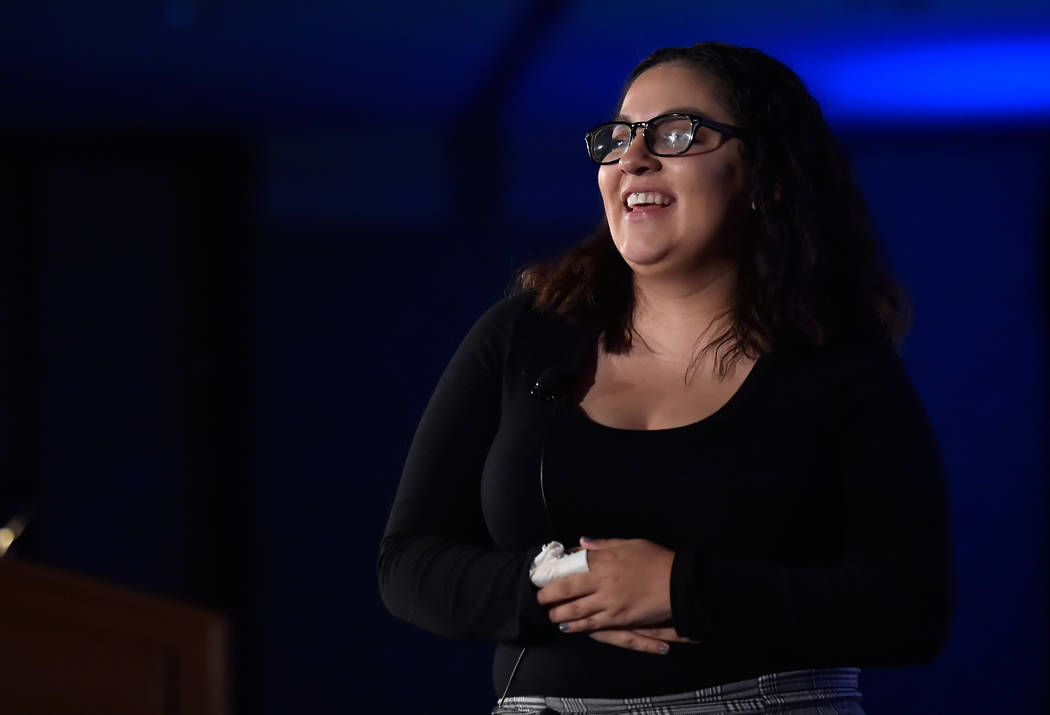 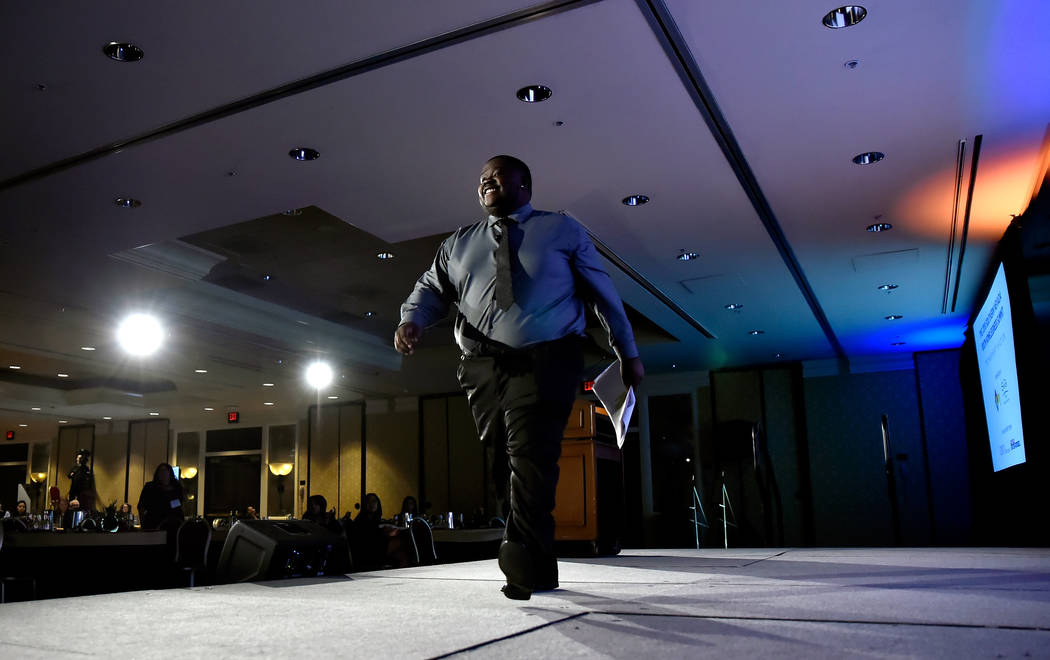 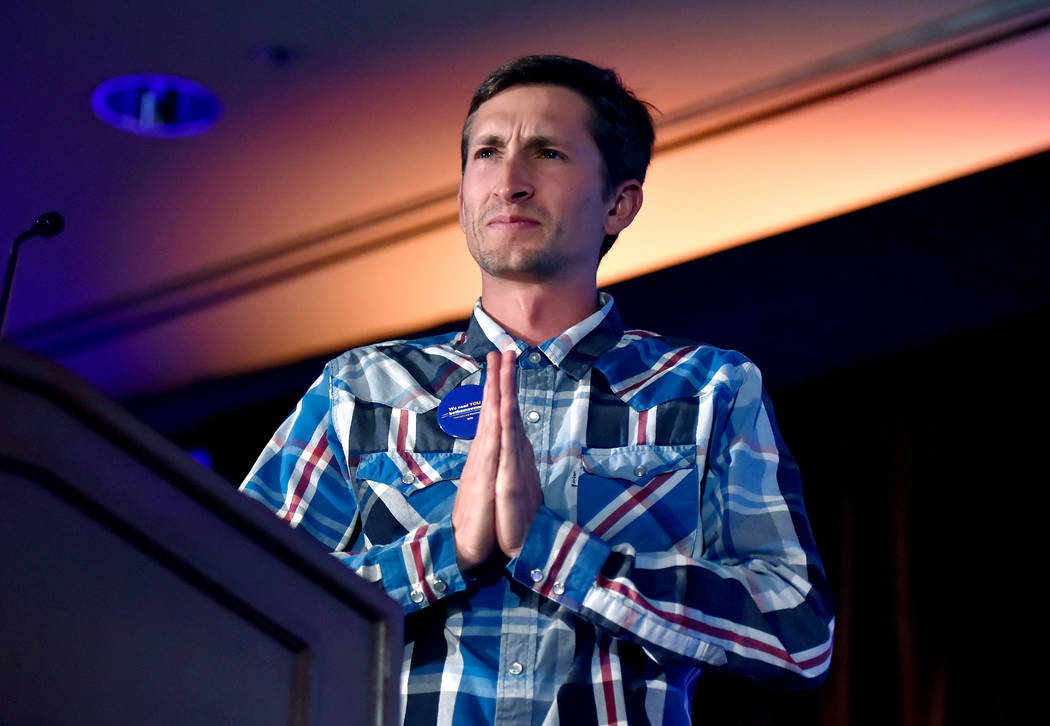 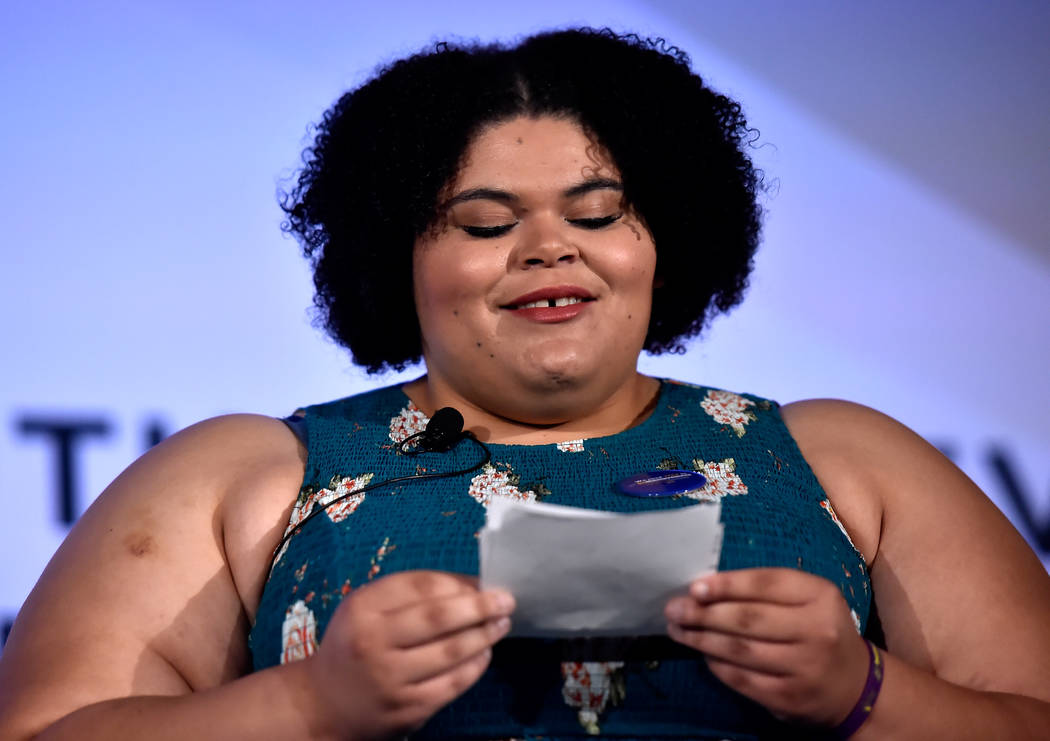 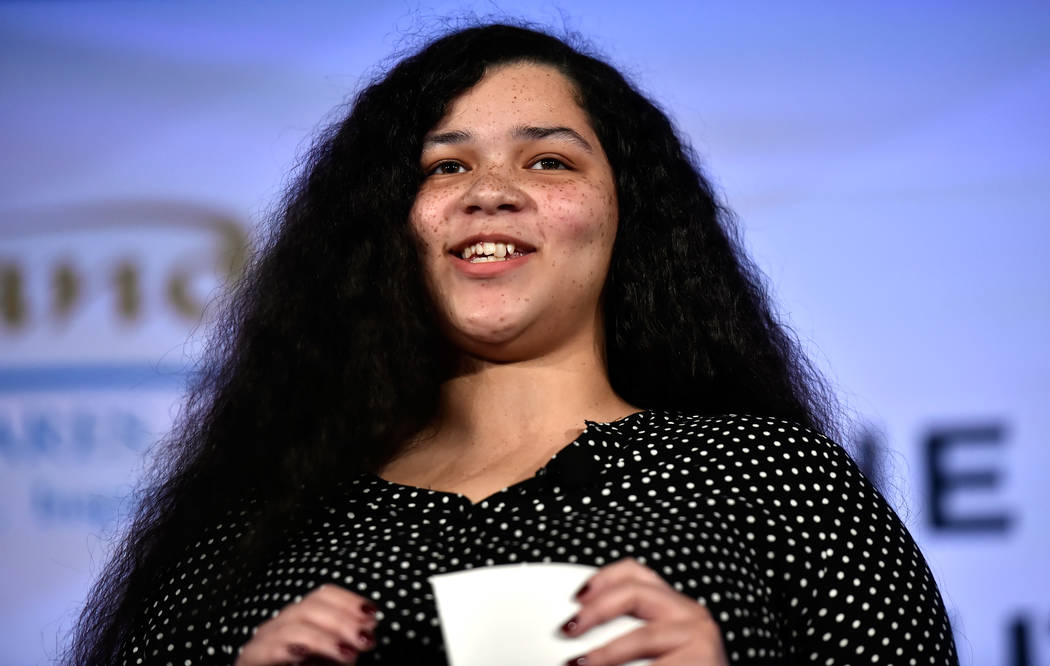 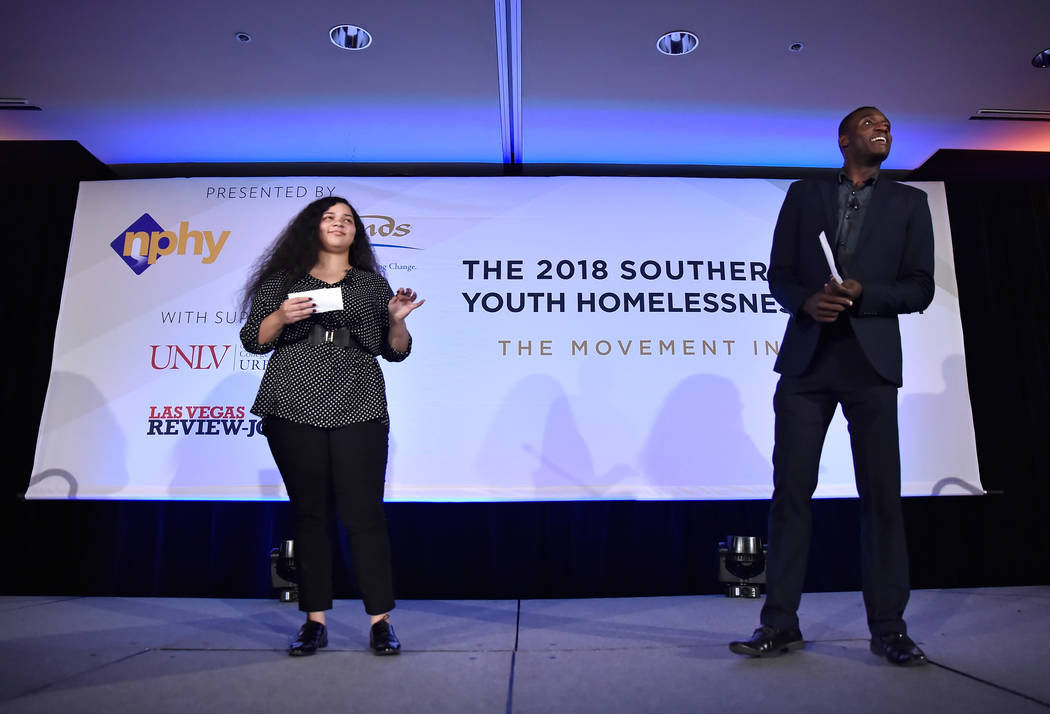 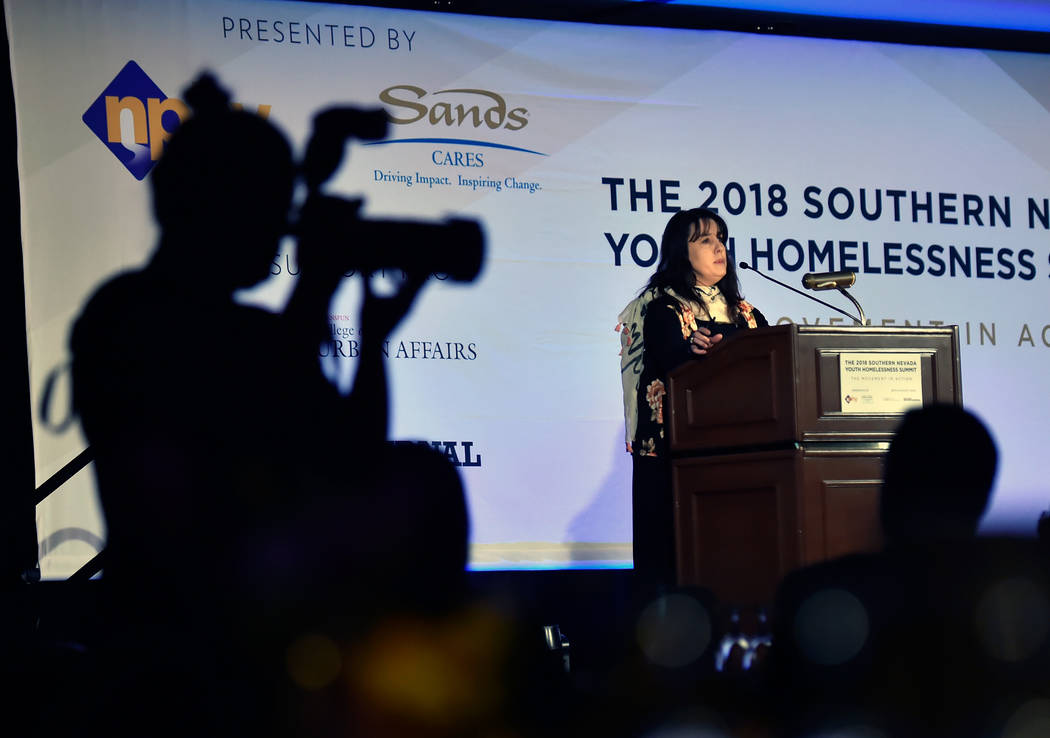 Dessirae Mitchell was born into an unstable home: Her parents, who constantly fought, were in and out of jail for 10 years, and the family never lived in one place for more than three months at a time.

One day, Mitchell’s father took her and her siblings to Las Vegas to start a new life away from their mom, a prostitute, she told a crowd of about 600 people Friday at the Southern Nevada Youth Homeless Summit.

One night, at 17, she said, her father kicked her out of their home after becoming enraged, punching her in the face and choking her until she passed out.

“Where was I supposed to go?” she asked as she recounted her experience as a homeless youth in Las Vegas.

She remembered sleeping on buses all night until she could go to school and couch surfing until finding the Nevada Partnership for Homeless Youth, who provided the now college student and criminal justice major with housing and support.

“When I was down and out, they were the only ones there for me,” she said. “They make me feel like I’m somebody and there’s people who care.”

The summit, dubbed “The Movement In Action,” was presented by the Las Vegas Sands Corp. and the Nevada Partnership for Homeless Youth, with support from the UNLV Greenspun College of Urban Affairs and the Las Vegas Review-Journal.

The plan was a yearlong collaboration of a diverse group of financial backers, national experts, community stakeholders and young adults who have experienced homelessness.

“Last year, we acknowledged that the only way to solve this issue is if Southern Nevada bands together across fields and across sectors to tackle this complex issue head on, as one community,” said Arash Ghafoori, executive director of the Nevada Partnership for Homeless Youth.

Patricia Cook-Craig, a professor at the UNLV School of Public Policy and Leadership, presented recent data from the U.S. Department of Housing and Urban Development, showing that Nevada ranks third in the nation on the number of unaccompanied homeless children and youth living on the streets and in shelters, following San Jose and Los Angeles in California.

The state has also had the highest rate of unsheltered homeless youth in the nation for the last five years.

UNLV’s research also showed that the top five major cities with the highest rates of unsheltered homeless youth are all located in the West.

She highlighted another part of the college’s findings: Housing affordability and accessible pipelines to career opportunities are key components to making youth homelessness rare, brief, one-time and equitable in the response.

Cook-Craig also cited a finding that the loss of tax revenue because of the income gap of homeless youth in the Southern Nevada region ranged between $23.5 million to $35.8 million between 2014 and 2016.

“There is an incredible cost for our youth, for our community,” she said. “Because we are just not preparing and we’re not responding to the needs that homeless youth have.”

The plan, Ghafoori said, serves as a “North Star that aligns, unifies and appoints all the different stakeholders needed in the same direction.”

Tailored to the specific needs of youths, it contains a holistic approach to the definition of “homelessness” in order to double down on all unstably housed youth to prevent further dangerous outcomes and adult homelessness.

Ghafoori capped his speech Friday with an excerpt from an essay written by a client at the Nevada Partnership For Homeless Youth.

“All things considered, ending youth homelessness isn’t an impossible feat, it can be done with the help and support of our community,” he said. “Turning a blind eye to this issue will not solve it. And the key to understanding and moving forward is giving us a voice, to not only allow us to be heard but to allow the community to listen. The youth are the future, and we will be the ones you pass the baton to. And we deserve to be there to receive it.”

For more information or to read the plan, visit www.nphy.org/themovement.