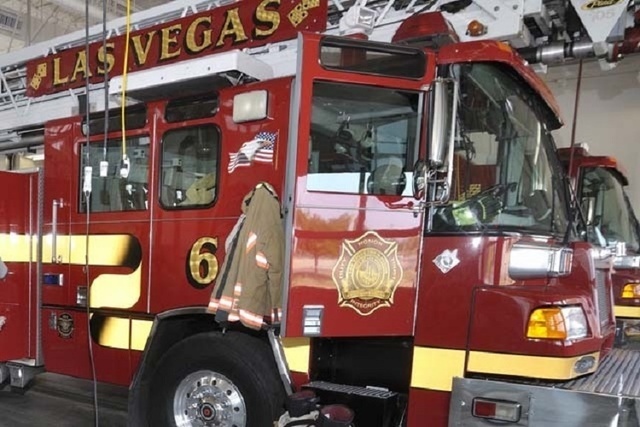 Las Vegas won’t have to reinstate all 12 rookie firefighters accused of cheating on an exam in 2013, at least not yet.

The Nevada Employee Management Relations Board on Tuesday found the city was within its rights to dismiss the dozen trainees who were investigated for “irregularities” uncovered during a hazardous materials test in January.

This means the city will not be forced to pay out damages or lost wages to the recruits, while the recruits won’t be required to repay the cost of putting them through the academy.

About half of the classmates subsequently completed the training program and are now city firefighters. The board’s ruling doesn’t change their status.

The cheating scandal, called the worst in the city Fire Department’s history, wiped out the 2013 recruiting class one day before graduation. Las Vegas had already invested $718,984 in putting the dismissed recruits through its 18-week training academy.

The city dismissed the training officer who oversaw the test dealing with hazardous materials and brought in an outside proctor for academy tests, one of four enhanced test oversight measures recommended by the state fire marshal.

All but two recruits involved in the cheating scandal reapplied for an abbreviated 11-week training academy opened by officials in June 2013. Las Vegas leaders did not return requests for comment on how many of those recruits have since been hired by the city, but an attorney for the recruits said at least half of the trainees named in the suit have already been hired.

One of four firefighter recruits interviewed by city Detention and Enforcement investigators in February 2013 admitted to exchanging answers on the hazmat exam. Eleven others were found to have engaged in misconduct, if not cheating, as part of a subsequent city-led probe into the matter.

The firefighter trainees, who were all within their probationary period, were let go a month later. They sought reinstatement through the labor board, claiming their dismissal qualified as a “unilateral change” to the city’s collective bargaining agreement with the International Association of Firefighters, Local 1285.

Their complaint claims findings obtained during the city’s investigation — which was not conducted in accordance with disciplinary procedures outlined under city firefighters’ labor contract — should be thrown out.

At issue for the labor board was whether the trainees qualified for union protections, as eligible members of the city firefighters’ bargaining unit, at the time of their dismissal.

Tuesday’s decision saw board members answer with a resounding no, siding with Las Vegas’ argument that a firefighter on city-mandated probation is still an at-will employee and can be dismissed at any time, for any reason.

Commissioners found city investigators had created a “new and unique” process for looking into the widespread cheating allegations, but did not violate the terms of the IAFF’s bargaining agreement.

The board also dismissed charges that the recruits were retaliated against during the investigation process.

Labor board commissioner Bruce Snyder suspects that won’t be the end of the argument.

“My guess is that it isn’t over,” he said. “Most of the time these cases are appealed to the courts. … I would think this is no different.”

Firefighter recruits who brought the complaint deferred comment on the matter through their attorney.

Tuesday’s labor board ruling doesn’t specifically prevent those trainees from reapplying for their jobs in Las Vegas or any other jurisdiction.

Adam Levine, the fire recruits’ attorney, said at least half of the trainees named in the suit have already been hired by the city. He’s not yet sure whether he’ll appeal the ruling on behalf of the other half-dozen.

“I haven’t had time to go over (the ruling) with a fine-toothed comb,” Levine said. “At the end of the day, the city knows this was the fault of the training officers, not (the recruits).”

Levine added that to his knowledge, the firefighters and training personnel involved in the cheating scandal have not been reinstated by the city.

City Manager Betsy Fretwell, who testified in front of the labor board and initiated the city’s investigation into the matter, did not return requests for comment.

Fire Department Chief Willie McDonald also could not be reached.

“The city is pleased with the ruling of the Local Government Employee-Management Relations Board in this matter,” city spokesman David Riggleman wrote in a prepared statement on Thursday. “We believe the EMRB reached the correct decision based upon the evidence.”