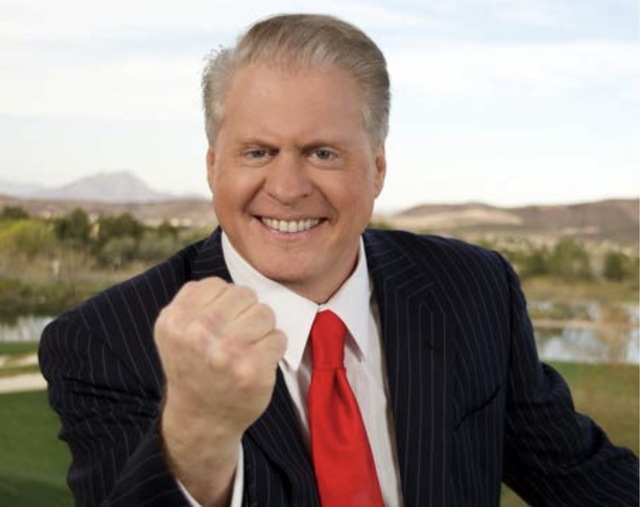 Wayne Allyn Root is a small businessman, home-school dad, national media personality, international business speaker, and television producer (“King of Vegas,” “Ghost Adventures,” and “Las Vegas Law”). He hosts the Las Vegas-based 790 Talk Now radio program “WAR Now: The Wayne Allyn Root Show,” and he works as a political commentator on hundreds of conservative talk radio stations around the country. Root is also the author of such best-sellers as “The Ultimate Obama Survival Guide,” “The Murder of the Middle Class,” “Millionaire Republican” and “The Power of Relentless.” Root’s latest book, “Angry White Male,” will debut August 23.

“What an honor to be joining the Las Vegas Review-Journal as a columnist. Now I get to make my mark on the greatest city on earth,” Root said. “My columns will be for blue collar butchers, bakers, cops, small business owners and anyone who believes in the American Dream and the things that made America great, such as God, guns, family, American exceptionalism, capitalism, the Constitution, police, military and the great American middle class.”

“We’re happy to add Wayne Allyn Root’s take on politics and life to our Nevada page each Wednesday and Sunday,” Moyer said. “Wayne’s uniquely conservative voice will add needed balance to the many other fine columns that appear in the Review-Journal.”

Root is a former Libertarian Party vice-presidential nominee who also served as chairman of the Libertarian National Campaign Committee, before rejoining the Republican Party in 2012. A graduate of Columbia University (one of his fellow 1983 graduates is President Barack Obama), Root and his family reside in the suburbs of Las Vegas, calling it “heaven” because it has no state income tax, no business income tax, no state capital gains tax, no state inheritance tax and the ninth-lowest property taxes in America.